Gujarat has a reputation as one of India’s most prosperous and business-friendly states. It’s a tad more expensive than the rest of the country and not very touristy. While traveling in India, I had planned to head south from Delhi and visit Madhya Pradesh. But before I went there, I wanted to see something different. 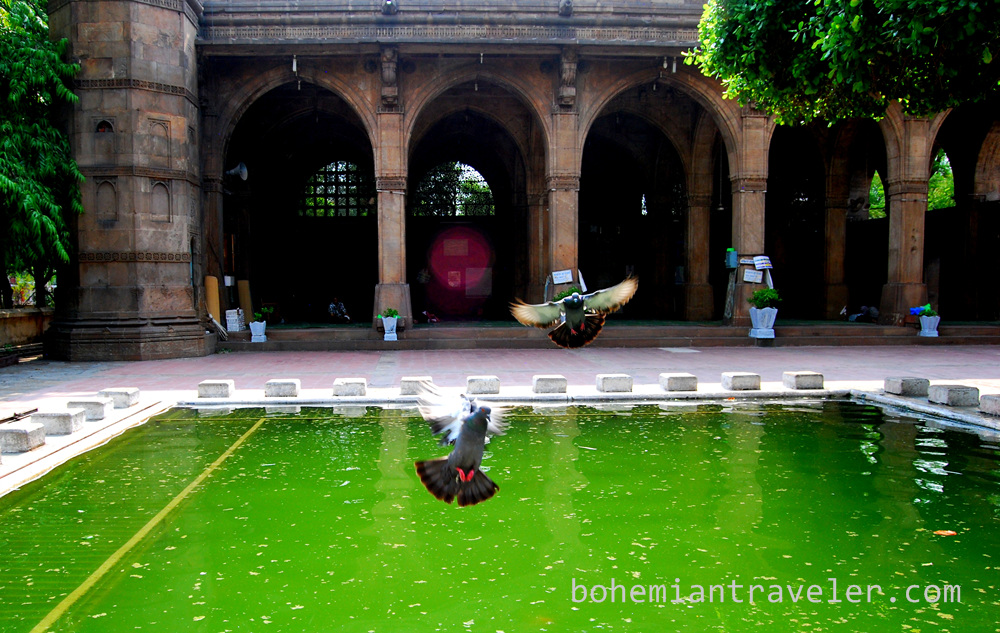 The diversity of India

India is an incredibly diverse country. Made up of 28 states (and seven union territories), its citizens speak several hundred different languages, including 30 with more than one million native speakers. It is the birthplace of four of the world’s major religions. India can take days by train to cross from the foothills of the Himalayan north to the tropical backwaters of the south.

I want to experience as much diversity in India as I possibly can.

So I buy a ticket on the Rajdhani Express to Ahmedabad (Amdavad), a city of six million. It has a developed textile industry and was at the forefront of the Indian independence movement during the first half of the 20th century. Gandhi established his base of operations here in 1917. There is also a diverse religious population including large numbers of Hindus, Muslims and Jains.

The Rajdhani is a nice train. It’s clean and the passengers in 2nd Class AC are well looked after by the staff. A man sits across from me. He is about sixty, has a distinguished look with a neatly trimmed long mustache and sikha, which is a long tuft of hair left on the back of his shaven head. His name is Lalid. I can tell he’s well-educated as soon as he begins talking with me.

“Where will you be visiting in Gujarat?” he asks after our veg dinner arrives in a compartmentalized aluminum foil tray.

“Well, I’m not sure where exactly I’m going yet.” I respond.

I can tell he’s proud of his home state of Gujarat by the way he talks about it, and the way he lights up when speaking about Ahmedabad.

“How can you not know? You are a travel writer. You need to know these things.” He declares.

“I need to know where I’ve been.” I counter.

I want to know more about Gujarat to reinforce that my decision to steer away from the more well-traveled routes was a good idea.

“What is it that distinguishes Gujaratis from the rest of Indians?” I ask.

Lalid thinks for a second and gives a smile before answering.

“Generosity.” He seems pleased with his answer. “And they are very social.” A group of friendly university students I met while traveling through Gujarat.

I will later come to experience these characteristics first hand. But for now, I’m on the train chatting while finishing our meal, which actually is not bad at all. And Lalid is a fine example of some of the good people I’ll meet in the region during the next week.

I had read that Gujaratis appreciate foreigners more because the region is more off the beaten track. Most travelers don’t make it here. It doesn’t have the forts of Rajasthan or the mountains of Uttarakhand, but there is still plenty to see.

A pair of jokers at the market who asked me to photograph them.

My stops in Gujarat: Ahmedabad and Junagadh

The largest city, Ahmedabad is worth visiting. I struggled there because it’s big and hectic, and was also really hot and humid when I visited. But its historic center is a fascinating maze of old streets, with real communities and active temples and mosques. Be sure to take the guided Heritage Walk of Ahmedabad.

An old city gate of Ahmedabad.

Junagadh was my next stop in Gujarat and well worth the effort. Besides a positive couchsurfing experience, I was able to do some sightseeing as well. Junagadh is home to the last Asiatic Lions. Outside of the rainy season, it’s possible to see them in the wild. Junagadh’s Uparkot Fort is another of the town’s highlights. However, just a walk around the old city will lead to something interesting. People aren’t used to tourists and are bound to strike up a conversation with outsiders. (Check out more of what to do in Junagadh as well as a photo essay from Junagadh.

Gujarat is the last home of the Asiatic Lion.

My entire week in Gujarat, I never met one foreign traveler. True, the region isn’t exactly a backpacker magnet like Goa, Kerala, or Pradesh, nor does it draw mainstream travelers like Rajasthan or Uttar Pradesh.

But I didn’t expect to be the only one.