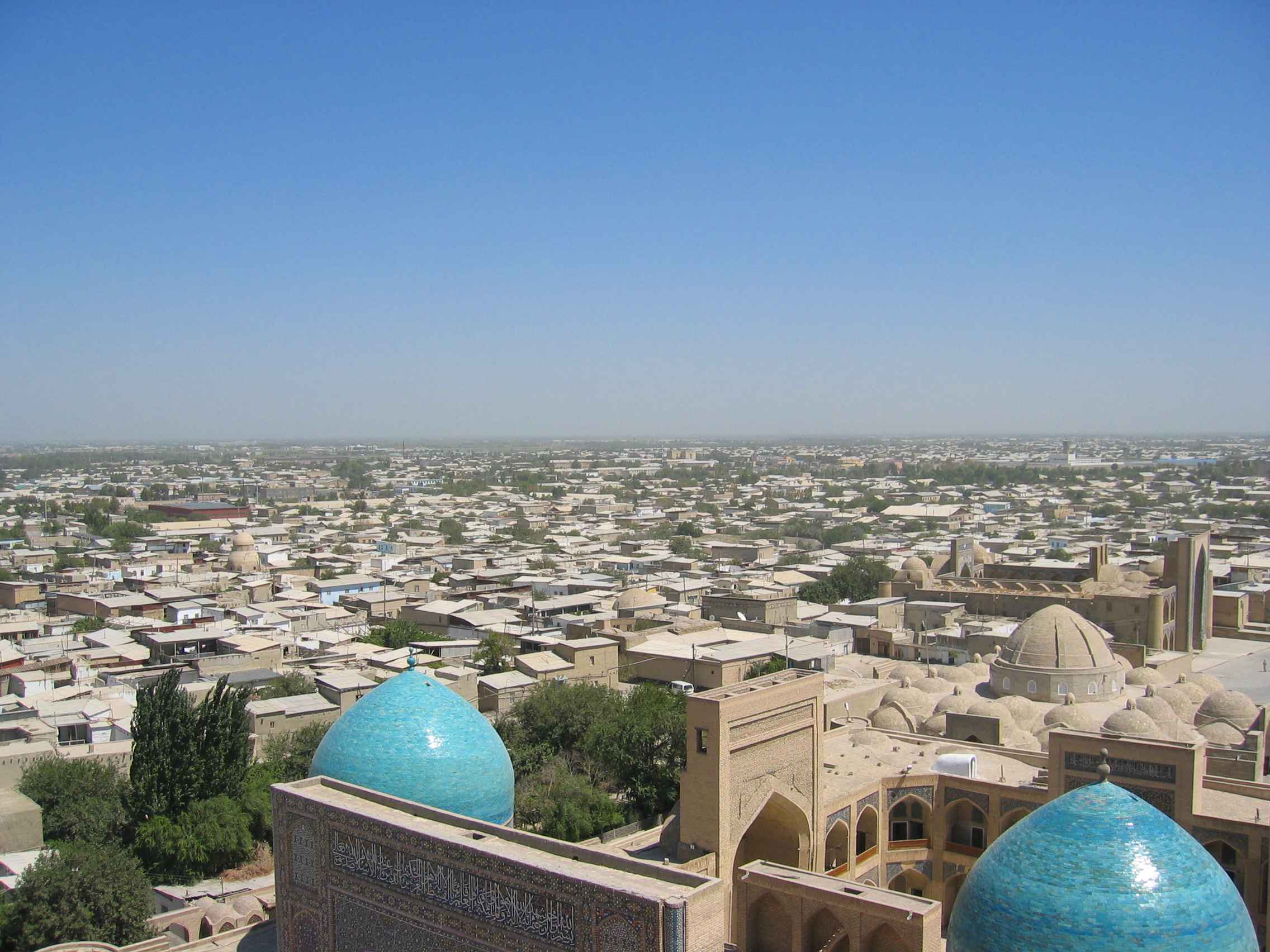 I’m back on the train, but my mind is not completely there. I’ve been sick, over-conversed, without sleep, under-worked, and walked all over the ancient city situated on trading routes even more ancient. But now I can’t walk anywhere. Cities and bazaars are just passing. I’m resting, thinking, waiting, missing; riding the steel rails through the dusty core of Central Asia.

At the last stop a local boy and his mom sold the conductor a hen. Its feet were tied together as they delivered it from the side of the tracks below. The boy placed some corn kernels on the uneven metal floor for the remainder of the journey. The hen had no idea where it would end up in the morning. I needed some air, so I drifted to the end of the wagon to the space in-between and witnessed these events.

The railway makes traveling easier. Especially when you’re riding to the last stop. That way you can sleep more completely, more soundly. You don’t have to worry about sleeping through your stop. There’s also room to stand up, to stretch your legs, to buy birds.

In the morning I’ll be in Tashkent—a city. The city here. Italo Calvino says that cities consist of “relationships between the measurements of its space and the events of its past.” So the city can’t be described today without its past. He would even say that the city is nothing without its past.

Every day changes a city. The sunflower seed seller has a pile of split shells at her side by nightfall. The joints of the river trestle are a tad weaker. The school boy teases his beloved a bit more cleverly. The poor man winds up a bit richer and the rich man a bit poorer. The cars’ exhaust fills the air and the tram’s endless hurl tires the city’s ears well past twilight. The city wouldn’t know where to go tomorrow without this day’s end.

So Tashkent lives today because it existed yesterday. Men meet in the street for weak tea in little round cups. They exchange words. They help the city grow—not in population, not in economics, but in experience. This encounter makes the city wiser. And the city makes the men older. We grow with our city.  Outsiders notice how our cities change and describe them accordingly. But only all the relationships together can begin to tell the tale of this city.

So I won’t begin to tell you about Tashkent. But I’ll be there when morning comes, and I’ll step off the train platform and pass those early faces that dawn has spit out like the split shells of roasted sunflowers.  And the city will push out those cars and trams yet another time. And the sun will rise like the rich man who’s spent himself one day closer to broke. And I’ll walk through the most experienced Tashkent ever.