The Problem with the Backpacker’s Circuit 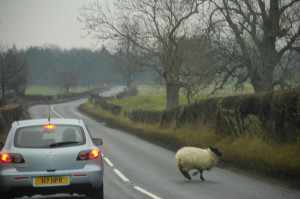 “You were borderline: fifty-fifty. I could have had you on the next plane back to the States.” The Immigration Officer explained.

My wrongdoing, as stated on the Reasons for Detention and Bail Rights form given to me by the United Kingdom Immigration Service: You have failed to give satisfactory or reliable answers to an Immigration Officer’s enquiries.

So I was detained.

First I was lead into a room and my bag was searched down to my toothbrush and underwear. My notebooks and daily planner were confiscated and handed off to another officer. These British rummaged inside my backpack more thoroughly than the notoriously tough Israelis did four months earlier when I entered Elat from Sinai.

I was fingerprinted and photographed. A folder file was created. Photocopies of my passport, writing notebooks, and yearlong planning calendar would become property of the United Kingdom.

Next I was shuttled into a detention room. There I waited alone, except for the guard, who was as bored as I was nervous. We chatted. He brought me a sandwich and an instant coffee from a machine in the windowless hallway.

The restrooms had toilets without toilet seats “so I didn’t hit myself over the head and drown” recalling Arlo Guthrie’s Alice’s Restaurant. They should have taken my belt too. “Cause we don’t want any hangings”.

I waited fidgeting until I was called for my final interview. I had to convince this Immigration Officer that I wasn’t in Britain to work. 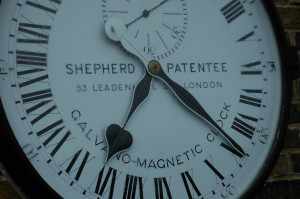 This was the only reason I could figure that I was being detained. I had a ticket for onward travel, but because it was an electronic ticket, I had nothing to show him. When asked about my current employment, I responded that usually I taught English. But right now? Right now the truth was that I was unemployed. And I was only carrying the equivalent of about $100. The fact that I had no planned return dates to the United States didn’t help my case either.

Looks as if I’m a perfect candidate to take advantage of the strong pound sterling and land myself a pub job for the summer.

But I wasn’t. I was being honest. I really was traveling through Wales for the week and flying to Spain from Liverpool. If you had paid attention while you were rummaging through my belongings, you would have noticed my Portugal and Spain guidebooks, my aluminum walking poles, and my guide to the Camino de Santiago.

While I was in the waiting room contemplating Arlo Guthie’s lyrics, the officer had made a couple of phone calls to my hosts in Wales. He had seen Jonathan’s phone number scribbled down in my planner next to the word Swansea. Lucky for me, Jonathan, who hadn’t even known me yet, must have supported my out-of-Britain-in-a-week plan. I had contacted him online through the Couch Surfing Project.

Three hours later I was released into the wilds of London and barely made my 13:45 train to Swansea.

Lesson learned: Don’t fly into Heathrow on a one-way ticket. Print out the reservation of your onward journey if you’re on an electronic ticket. Don’t be youngish, nearly broke, or American arriving in Britain.

Another afternoon, back in December, I met a friend who was working at the Jean Paul Gaultier shop on Draycott Avenue for lunch. She wasn’t quite ready to eat, so to kill 20 minutes I strolled around the upscale neighborhoods south of Hyde Park, in the vicinity of South Kensington and Sloane Square Underground stations.

Along the way I was stopped by a police officer. After showing him my passport and responding to five minutes of questioning, he let me go. Mystified as to what just happened, he concluded his mini-investigation by stating “The reason I’m questioning you is because there have been a lot of car thieves in this neighborhood recently.”

Lesson learned: Don’t look like a car thief in a posh neighborhood.

Not even two weeks later I got stopped by several police at a counter-terrorism check on my way into Angel Underground station. Like any good student of Geography, I was headed out to the Royal Observatory at Greenwich when my progress was halted.