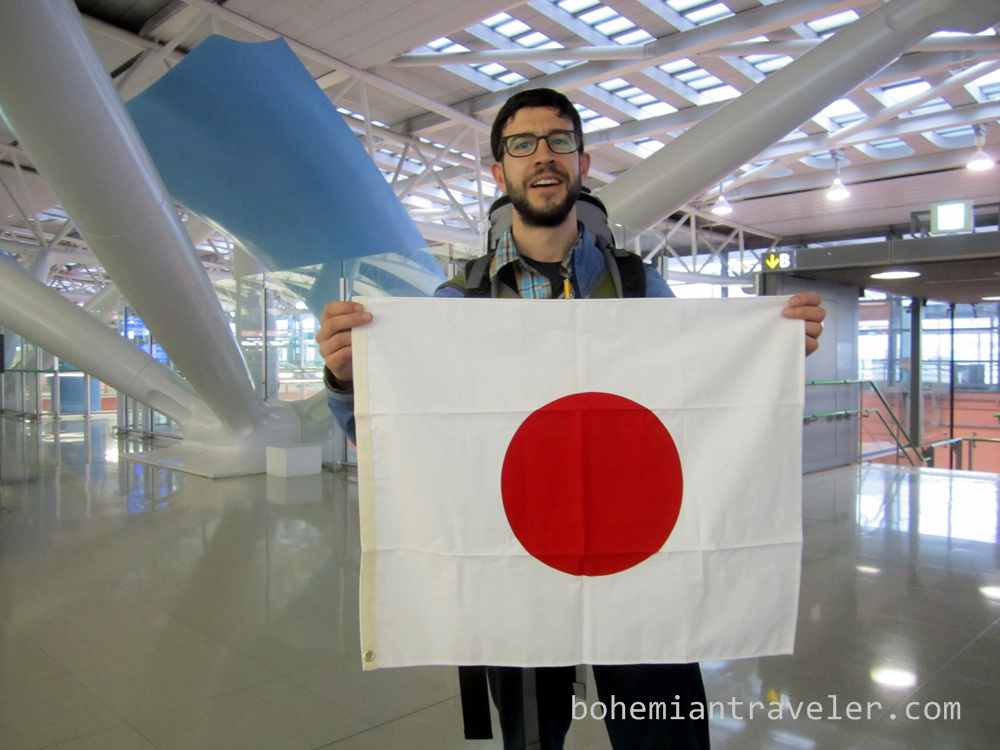 A 17-day journey through the lesser-traveled Japan 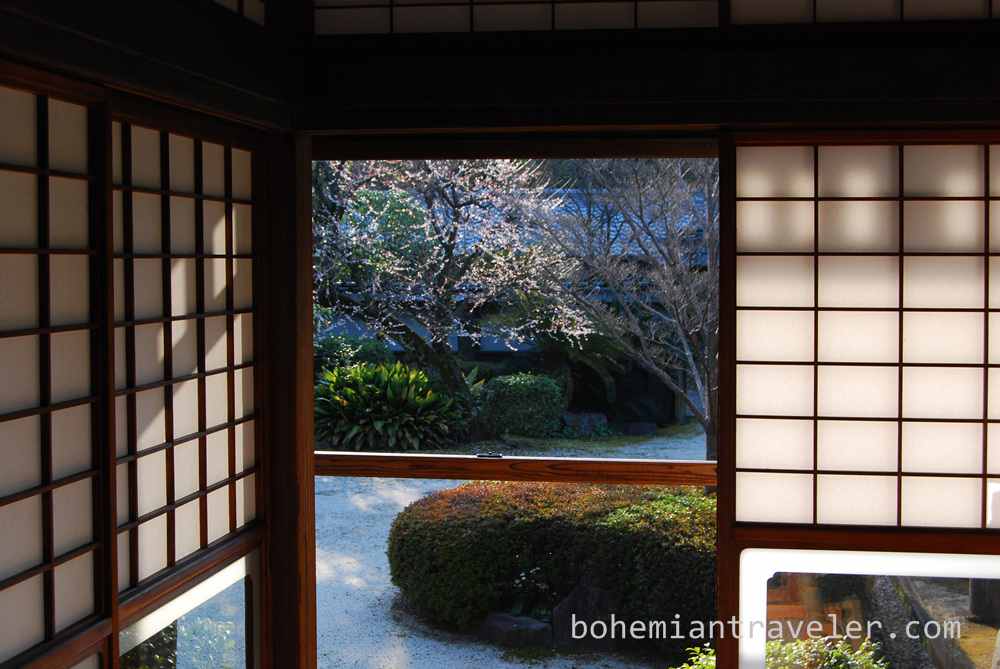 I thought my Facebook campaign for Japan was quite successful and I wanted to compile all those highlights and micro-updates into a single post. Hopefully this best illustrates the hospitality I received from strangers, the delicious food I ate, the quirks of Japanese culture, and gives you a general idea of my route through Japan. These 17 days were some of most fulfilling travel experiences of my career.

If you’re not already following me on Facebook, you can do so here: Bohemian Traveler on Facebook

I befriended a old Japanese guy on the ferry. He talked to me for 25 minutes but the only thing we communicated properly is that he is 63 and from Fukuoka and I am 33. He bought me an Asahi Super Dry from the vending machine! Finally made it to Japan! 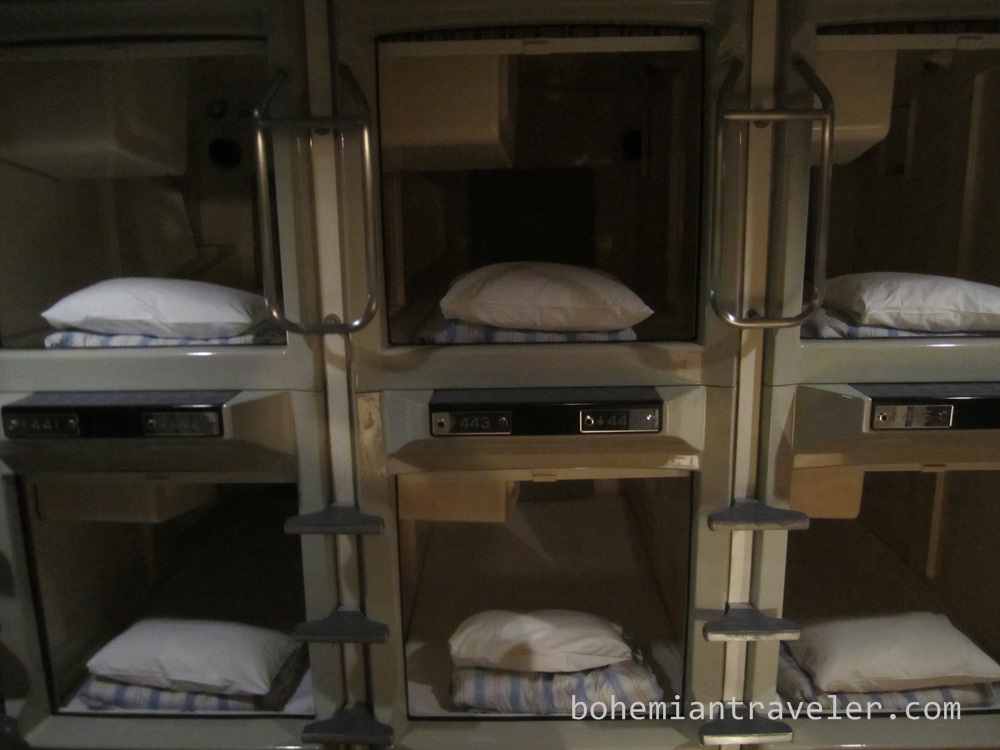 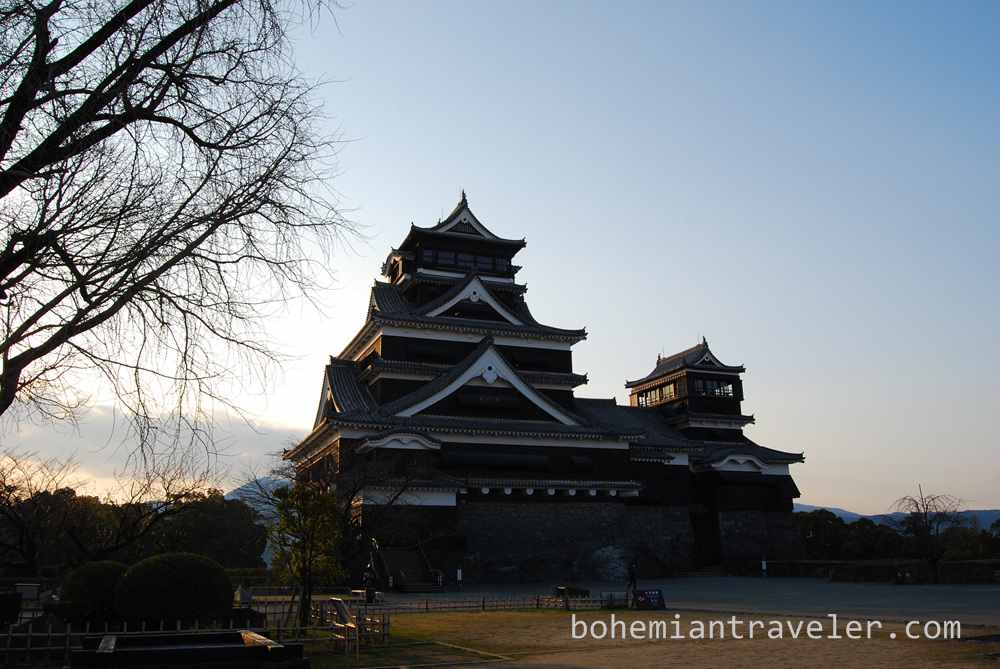 They’re going to be filming the Japanese version of Downton Abbey here. Just kidding. I made that up.

These heated toilet seats are something I could get used to! 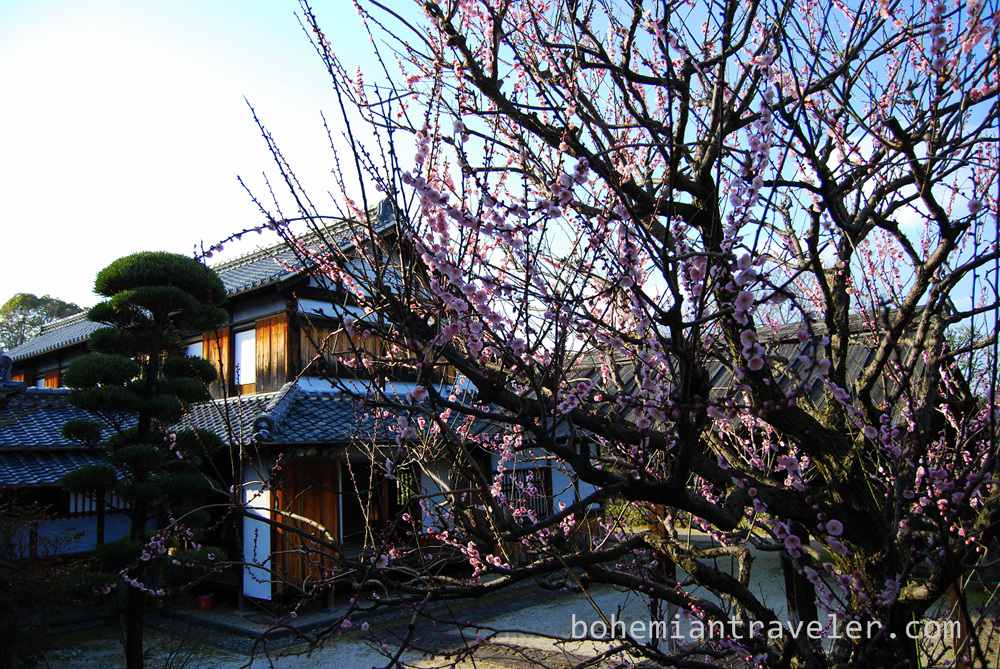 Does this mean it’s spring? 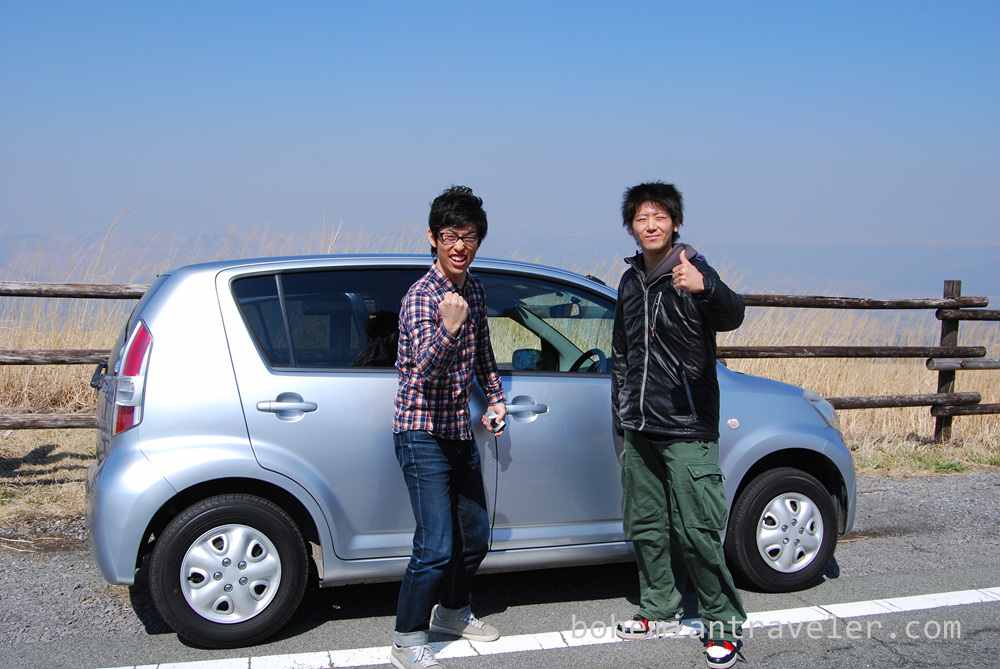 Today’s Hero(s) (pun intended)–the two guys who picked me up hitchhiking. We ended having a little adventure driving into the world’s biggest caldera and to a waterfall. Thanks Hiro and Daisuke!! 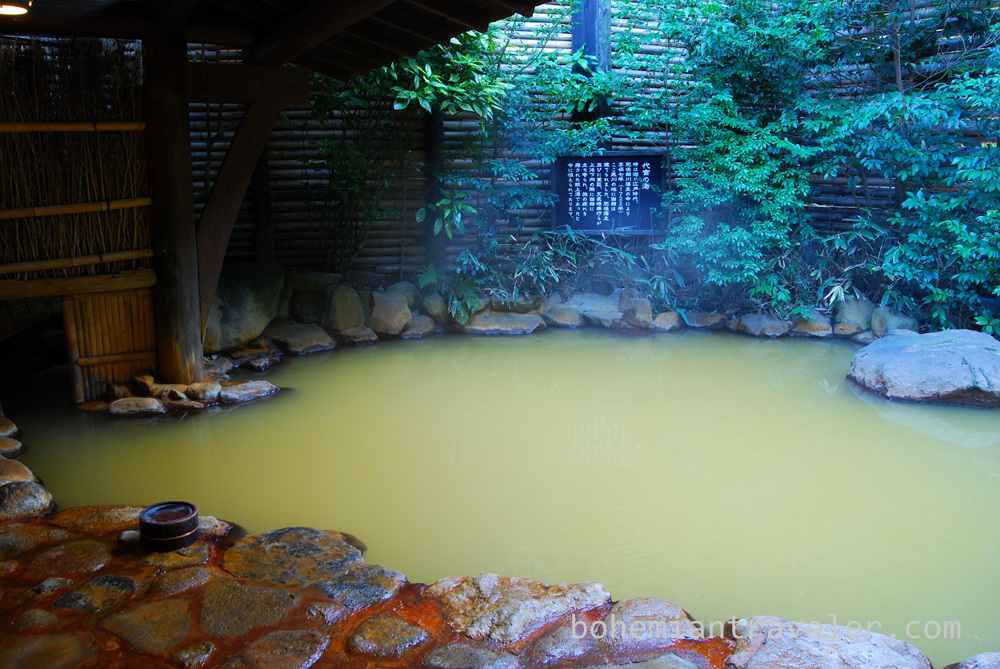 Not a bad natural mineral bath to spend the day soaking in. At Kurokawa Onsen (in Kyushu, Japan) you can buy a mineral bath “passport” and visit any three of the village’s several baths in one afternoon for only 1,200 yen (about $13)

Arrived at the hot spring capital of Japan: Beppu. Even the Hostel here has an onsen (natural mineral bath)! Yeah Khaosan Beppu! 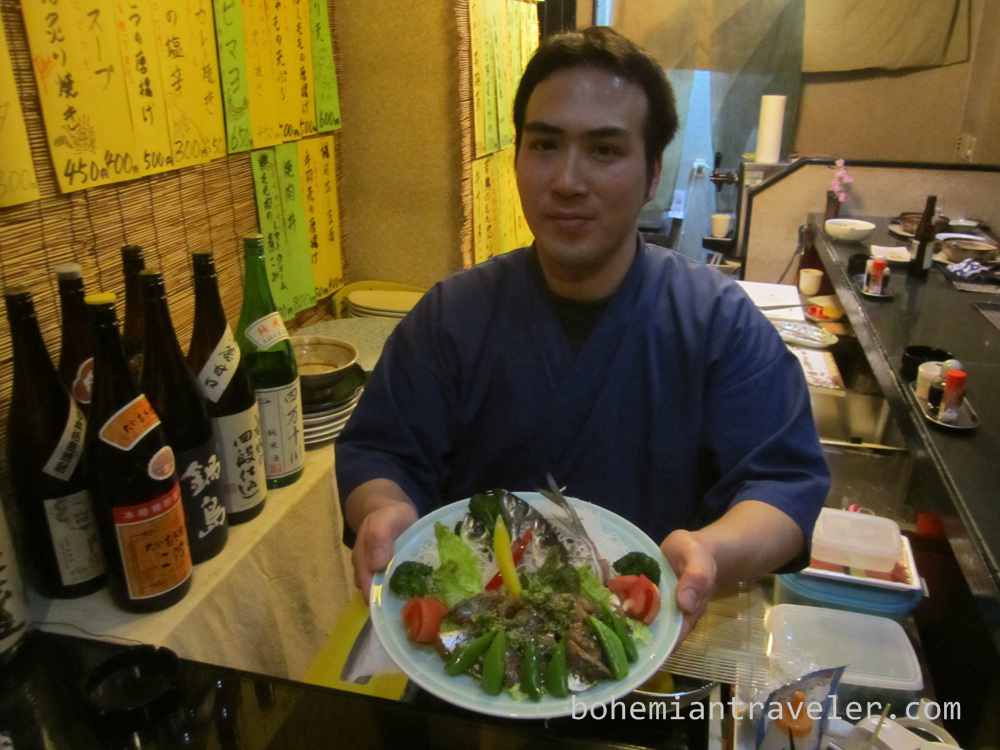 One of the highlights of an epic food and drink night was this plate of mackerel sashimi, definitely the freshest I’ve ever had. Thanks Khaosan Beppu for showing me the best of Beppu’s cuisine. 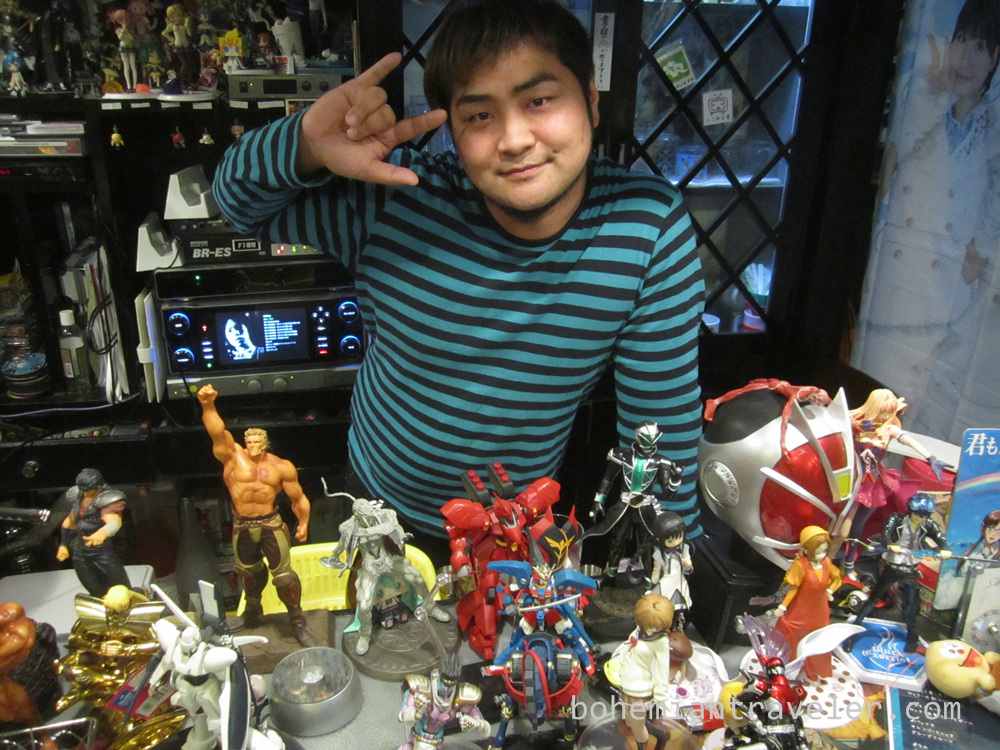 The night was going fairly normal…until we stepped into this Anime-themed bar. Here is the “master” behind his bar.

Mission accomplished: found the hidden onsen (hot springs) up in the hills above Beppu! Met a guy there who, after learning I was writing a story about Beppu’s hot springs, got inspired to drive me around to the other two natural hot springs. Met a bunch of old men soaking at the last onsen, many who actually knew English pretty well. Another day of meeting super-friendly strangers in Japan. 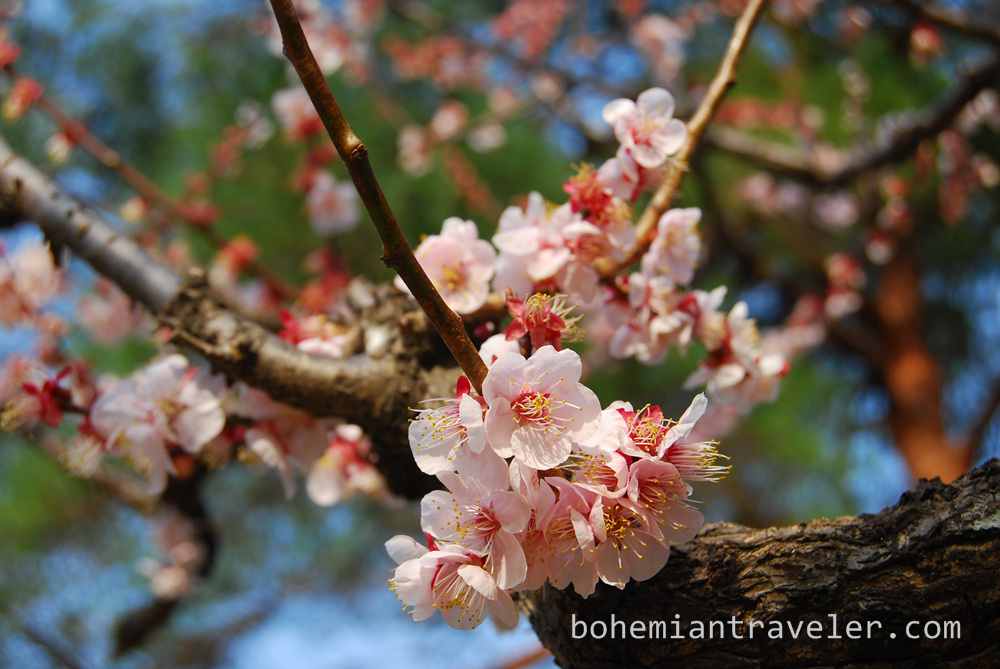 I’m pretty certain this means winter is over.

Huge shout out to the staff of Khaosan Beppu for their hospitality in Beppu, Japan. Thanks for being patient with all my sightseeing and transportation questions, thanks for your awesome food recommendations, and thanks for being a fun place to hang for four days…not to mention being the only hostel I’ve ever stayed at with a real onsen (natural hot mineral bath). Arigatou gozaimasu!

Saying bye to Kyushu, hello to Shikoku, and thanks for 800 likes!

I don’t usually eat this well when I’m traveling alone, but a person can only eat so many triangles of rice from the convenience store. There are all sorts of interesting stuff on that plate, from seaweed salad, to sashimi, to squid (or maybe octopus) tempura.

Left Matsuyama City this morning. One of the highlights there was bathing at the Dogo Onsen Honkan—the oldest hot springs in Japan. The present building, shown here, was built in 1894. (apologies for the lack of inside pictures…due to all the nakedness, photography was prohibited.) But you’ll just have to believe me, the Kami-no-yu “Hot water of the Gods” was gorgeous—two identical stone baths decorated with mosaics of heron.

I’m noticing that standing in the convenience store reading magazines and comics for a lengthy time for free is a national pastime in Japan.

…and 7-11 continuously plays an instrumental version of Daydream Believer, non-stop. 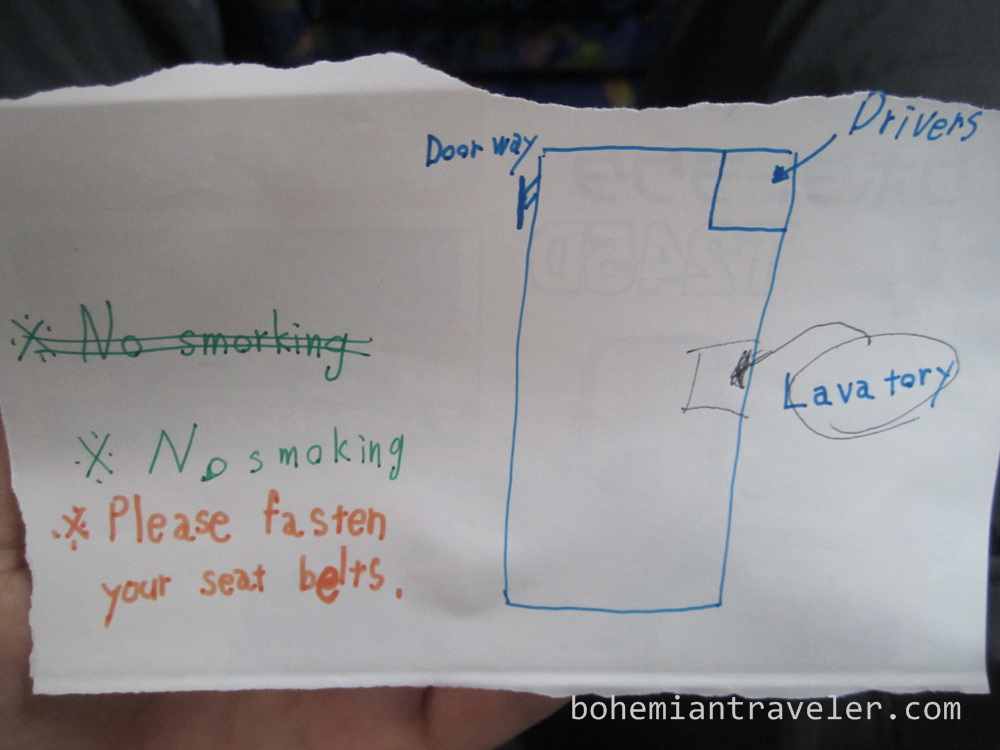 first time I ever got a hand-drawn map and instructions for a bus ride.

Spending a night on Naoshima Island, in the Seto Inland Sea, which has a number of contemporary art museums and art installations. Even the public bathhouse here is an art installation.

Get your udon on! Arrived in Takamatsu—known throughout Japan for having the best udon noodle. The woman was so excited that I was a beginner udon eater and showed me the steps of the self-service udon café: Order noodles. Put into strainer. Dip a few times in hot water. Select extras (I got fish cake and egg tempura). Add broth. Pay. (cheap meal: only 420 yen (about $5) Add more free toppings (scallions, radish, ginger, and seaweed). Then photograph the udon crew! Rock on, udon crew!

Experimental accommodation night, part II: Internet cafe. It’s not as bad as it sounds. Actually, it’s a legit accommodation here in Japan. There are traditional seats at the PC or you can pay a little more and have your own cubicle. Each cube has its own PC and a mat or seat for stretching out. Pros: free soft drinks all night long. Cons: a) it’s actually not much cheaper than a capsule b) lots of cigarette smoke

Burnt another paycheck at the tea shop.

About to fly out of Osaka. It’s been an amazing two weeks. I’ve seen some cool temples, castles, gardens, soaked in plenty of hot springs; but this trip has proven once again that the most meaningful aspect of travel are the personal connections: sharing a laugh, learning something new about the country, or just discovering similarities or differences with someone. Thanks for the good memories, Japan.

Alas, my raw fish eating streak comes to an end at 17 days.