On Sailing to Japan

Fukuoka Japan: Where Ramen is a Real Meal

On Sailing to Japan 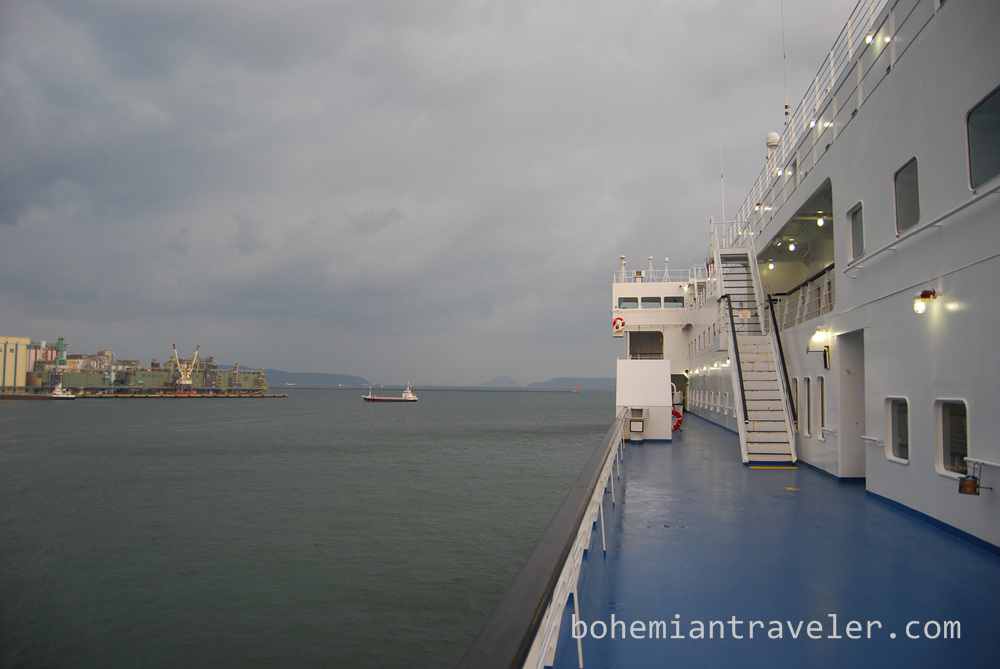 There is only one proper way to get to an island. I always feel like I’m cheating myself if I fly. To get to Japan, I knew I had to take the ferry.

“But flights as nearly the same price.” One expat in Busan advised me.

I wanted to take the ferry. It was my first time going to Japan and I wanted to savor the experience. You board the ferry at 7pm and wait until at least 10pm to leave the harbor. The ferry doesn’t arrive to Fukuoka until early the next morning. That’s OK. I appreciate a buffer in between countries. The journey allows me time to reflect on my experiences in Korea and time to contemplate what might be in Japan.

I have thought a lot about Japan. I took a course in college that sorted through the culture’s distinctiveness and the geography of Japan. It is a place I have wanted to visit for years. Film, literature, history class, and pop culture have all formed my preconceived notions of this archipelago-in-the-Pacific.

My second class ticket puts me in cabin of 11 narrow, partially-sectioned-off compartments. It is filled with Japanese older men. After working on my laptop for an hour, one of the men tries to befriend me. He sees I’m drinking a can of Hite beer (Korean) and invites me downstairs for an Asahi Super Dry (Japanese). But first he gives me two hard-boiled eggs. Without thinking, I say “kamsahamnida” in Korean and he giggles.

One Super Dry and 20 minutes later the only thing we have successfully communicated is that I am 33, he is 63, I am from America and he is from Fukuoka and is a plumber. I brought my guidebook’s phrasebook section along to help ease the linguistic barrier but he has forgotten his reading glasses. We just sip the Super Dry and I offered some of the dried fish snacks I have brought from Korea.

The ship’s crew locks the doors to the deck after we set sail, and then we just relaxed in our cabin. The old guys sit around a makeshift table they have constructed out of a cardboard box. They sip whiskey and beer, eat snacks, and converse. The television plays. Abruptly at 11pm, the lights go out.

We all settle in for bed and at 5 am the lights just-as-abruptly come back on. I’m not sure why. We won’t arrive in Fukuoka port until at least 6:30 and it will be another hour before they let us off the ship.

By 8am, after passing through immigration, I am officially in Japan for the first time.