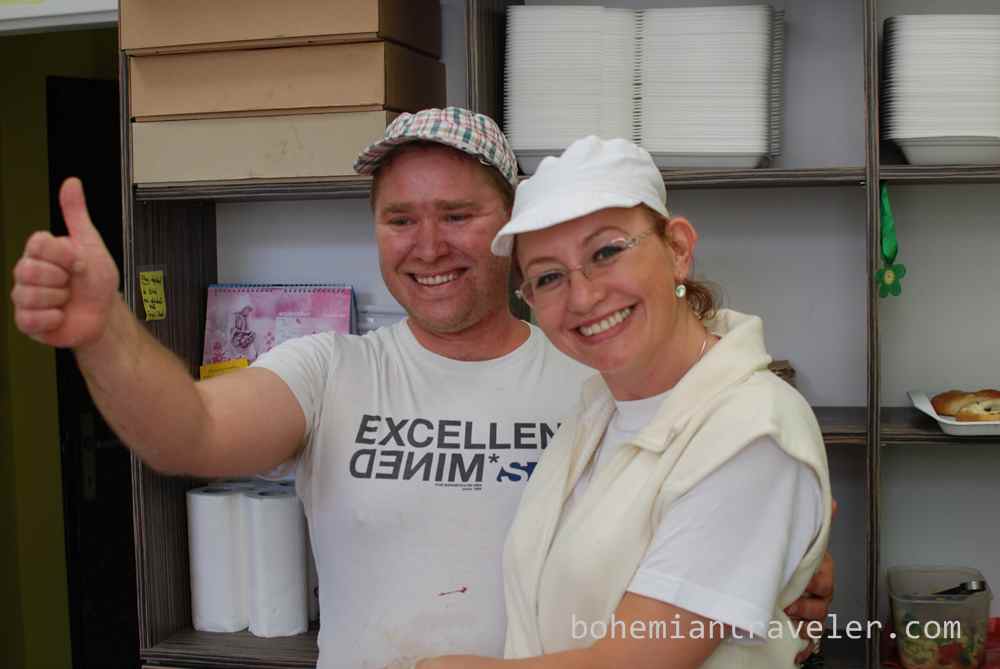 When travel seems to go wrong

It wasn’t supposed to happen like this. We were supposed to stop in a small town in the foothills of the Tatra Mountains of Slovakia, rest for few days, work on our laptops, and enjoy some tasty Slovak food.

So how did we end up in a pseudo-hostel sandwiched between two factories on the outskirts of Slovakia’s fourth biggest city?

It all started in Poland. We went to visit our friend Pawel in Myslowice, a small city in the region of Silesia. Days earlier, when we were planning, we thought he told us he lived in Myslenice, which is a city south of Krakow. So we imagined we’d continue on the bus right over the mountains into the eastern Slovakian town of Levoča.

We were wrong. Instead, we went to Myslowice, had a blast with Pawel and his mates, and continued afterwards to Cieszyn, which turned out to be a nice town and a little multi-country Euro-adventure in itself. After Ciezyn, we walked across the border into the Czech Republic and boarded a train to Slovakia. By the time five in the afternoon came around, we stepped off the train in Žilina, Slovakia and thought, “OK, we haven’t got a reservation anyplace here, but it shouldn’t be a problem.” This freestyle method is the way we usually travel.

The Unremarkable town of Žilina

But it was a problem. Žilina isn’t really set up for international tourists, at least not for backpackers on a small budget arriving with public transportation. Near the main square in Žilina we mooched some free Wi-Fi from a nearby café and downloaded the wikitravel Žilina page. We jotted down the details and plotted the course on Google maps to find these accommodations. 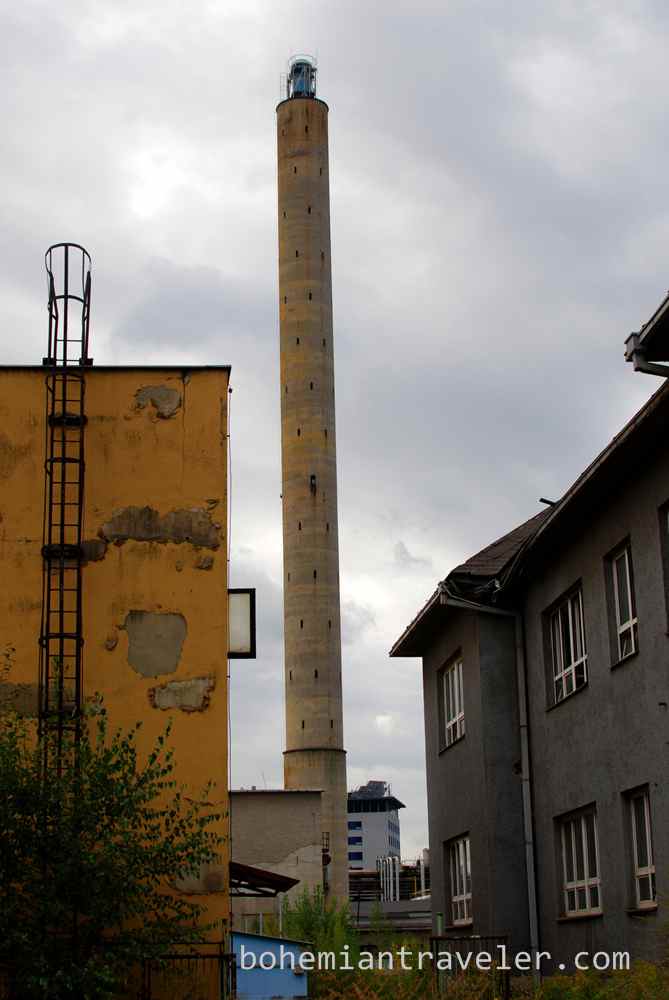 a factory next to our hostel in Zilina

After 20 minutes of walking into the outskirts of town we reached the complicated intersection of bridges and underpasses near where our hotel should have been. After 15 wasted minutes searching, we wandered into a garage that specialized in repairing German automobiles. Normally I don’t disturb auto mechanics at 5pm to help me find my way, but we were desperate, and there was no one else around.

These were the most helpful, well-mannered, respectful auto mechanics I’d ever met. They not only made several phone calls to discover the fact that the hotel we were looking for did not exist, but they did additional research to help find one that was open for business. Not only that, but they sat us down, gave us candy and a drink; all while their Mercedes and Audis waited patiently. Then they drove us to the hotel!

Our hour wandering around with heavy luggage had worn us tired, so we rested for the night. The hotel was a little above our price range and even further from the center of town. There was absolutely nothing going on in this region of the city. The hotel was probably intended for Slovaks with their own cars who were on their way to the mountains. So the next day we left.

We did some research online and charted out a few cheap places to scope out, none of them resembling the type of hostel we were used to. We ended up settling at one whose name I can’t even remember. It was an accommodation type which seemed like something between a student dormitory and an accommodation for hikers. Except it was empty.

The elderly man at the quasi hostel

Outside the gate we rang the bell and the old man inside showed us around. Our biggest concern was internet availability since our primary goal was to work online for three days. He was the kindest man and spoke absolutely no English. But he did speak Slovak slowly and clearly, and in a manner such that we could more or less figure out what he was trying to explain. I spoke simple Russian back to him so we had the details mostly figured out except for one thing.

The hostel was, in fact, equipped with Wi-Fi but the man had no idea what wireless internet was and that a password was needed to access it. After nearly an hour with him we had no other choice but to leave. On our way out we passed a young guy and by chance he knew the password! We spent the next three nights there, in the three-story building across from the railroad tracks flanked by two factories.

In the past, depending on my location and the purpose of my travels I have used couch surfing quite a bit to facilitate my undertaking. In Žilina, because of my self-imposed workload, I decided I would use couchsurfing only to meet up with a local rather than to stay with one.

Part of the beauty of couch surfing is it allows one to meet people of very different backgrounds and beliefs. Not only people of a different race and religion, but people with different careers and other life paths and socio-economic orders with whom you might not normally associate.

I also value meeting those with differing personal values and opinions on politics. Not that I necessarily enjoy a good argument, but it can be refreshing to be exposed to different points of view.

On the other hand, it’s comforting to meet people of a very similar mindset, especially when these people come from a different culture than your own. There is a certain reassurance of the inherent goodness of the world when you can build a bridge between cultures through friendship.

Marek is a local from Žilina whom I met through couchsurfing.org. He studied Geography as did I. He likes hiking and the outdoors and even works as a tour guide in the mountains. Not to mention the similarity of traveling. We met at a bar on the historic main square of Žilina. We were on the verge of autumn, but all the cafes still had outdoor seating on the cobblestones.

We talked about traveling, about life in Slovakia, about the foods to try in Žilina, and about Marek’s upcoming move to Israel to be with his girlfriend. He introduced some of his friends who were in town for a festival.

The following day walking around town, Juno and I stopped into a pastry shop where we met the next two individuals who would further prove that Žilina was an unremarkable city with remarkable people. The husband and wife team make kolache. Not just that, they make amazingly delicious kolache and they’re really passionate about it. Kolache is a type of pastry that holds a dollop of fruit or savory-something rimmed by a puffy pillow of dough. 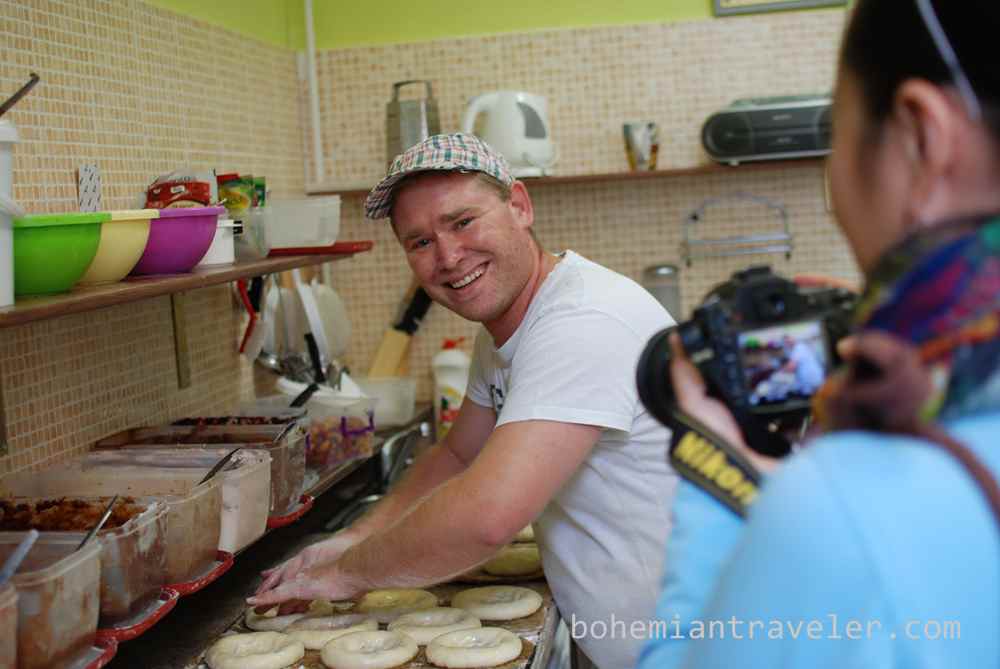 Juno filming the kolache being made

We popped into their shop and took a moment to decide which two of the roughly 15 varieties of kolache they made. One bite later as we were stepping out the door we turned right around based on the facts that a) these were the most delicious pastries we ever had, and b) we thought they would make fantastic stars of a behind-the-scenes kolache making video.

Good news for us, they thought that was a cool idea and showed us their preparation in the kitchen. After filming, they sent us out the door with three free kolache!

You can watch Juno’s video below:

To further illustrate just how weird of a travel experience our time in Žilina was, I have no other photos of the town or our experiences there except for a shot of the factory near our hostel and the friendly kolache makers and their kolache.

Did you ever experience a series of unexpected events during your travels? Where?