Behind the scenes look into Yogyakarta cuisine 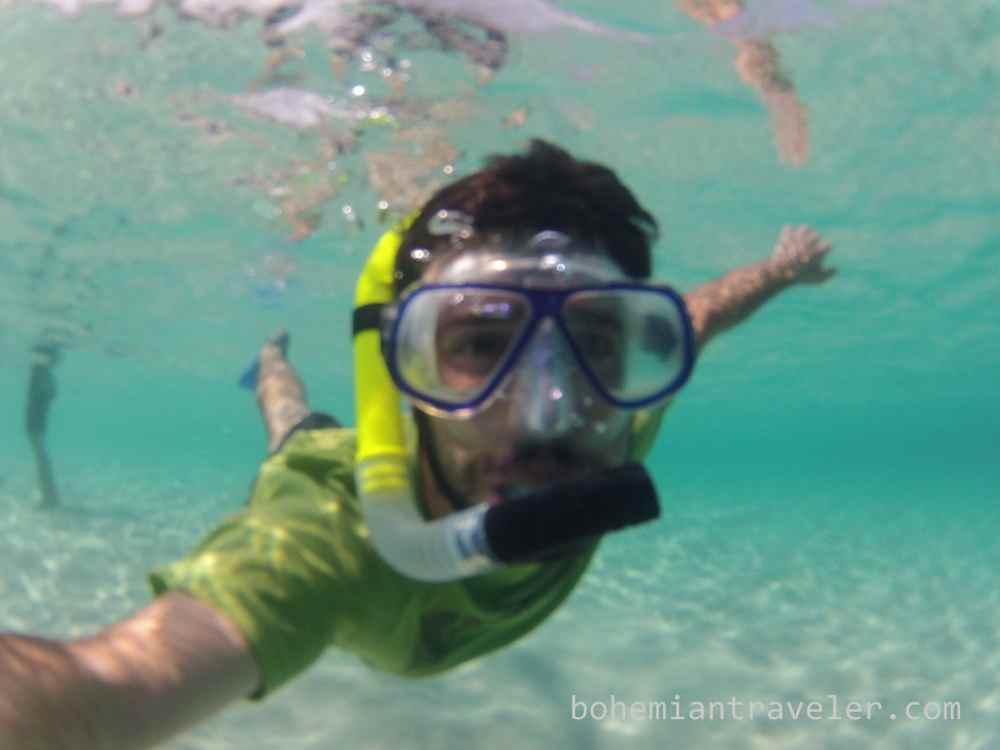 Snorkeling is one of my favorite things to do. It gives you an up close and exclusive look into a whole different world. This underwater realm is all yours for observing.

I like snorkeling even more than diving because it’s cheaper, simpler, and I don’t have to worry about the breathing and concentration required of diving. But as a snorkeler, you are bound by your swimming capabilities during one breath. Diving has fewer limitations. 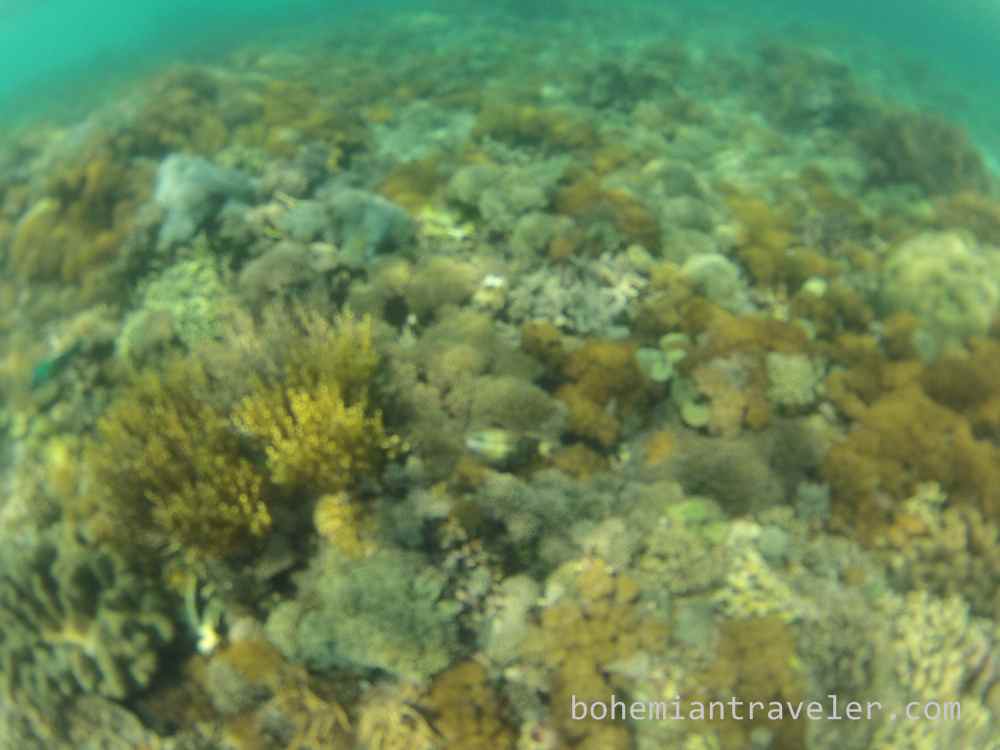 I have been able to see a lot of colorful fish, creatures, and beautiful coral during the past few years snorkeling in the Red Sea (Egypt), Malaysia, Thailand, and Tobago.

Where we went snorkeling in Indonesia

We went snorkeling on two different days in two different locations in the waters around Indonesia’s Flores Island. The first day we went to Kanawa Island. Kanawa was incredible: shallow, clear, warm water, a beautiful secluded beach, and the burning sun above us. The underwater highlight for me was seeing the plethora of gigantic star fish. 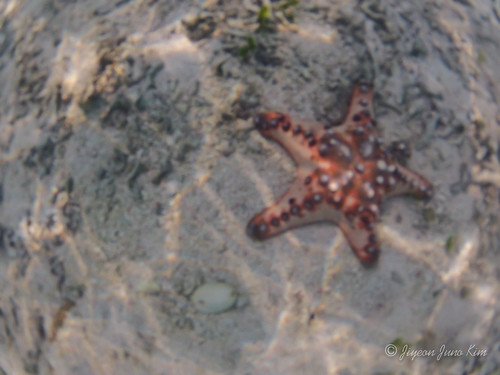 The following day we stopped at Komodo Island’s Pink beach. The beach takes its name from the tiny red bits dispersed along the water’s edge—it gives the sand a slight pink tint when viewed from afar. We stopped for a few hours at Pink beach after seeing the ferocious Komodo dragons on a different part of the island. 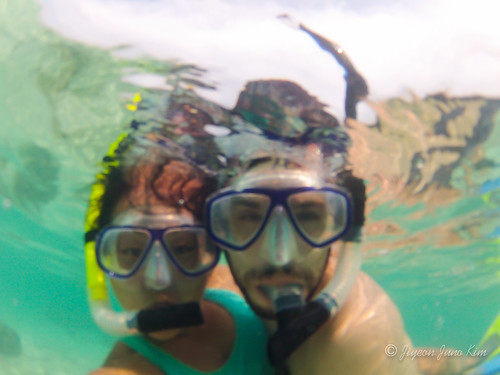 Juno Kim and I underwater off Kinawa Island

Our boat anchored in the deeper water, just off the beach, but still within the tiny bay. I opted to swim ashore on my own rather than taking a smaller boat. After our BBQ lunch we had the remainder of the afternoon to enjoy the beach and enter the underwater world with our snorkeling gear. The fish and coral were good here, but there weren’t the star fish of Kanawa. 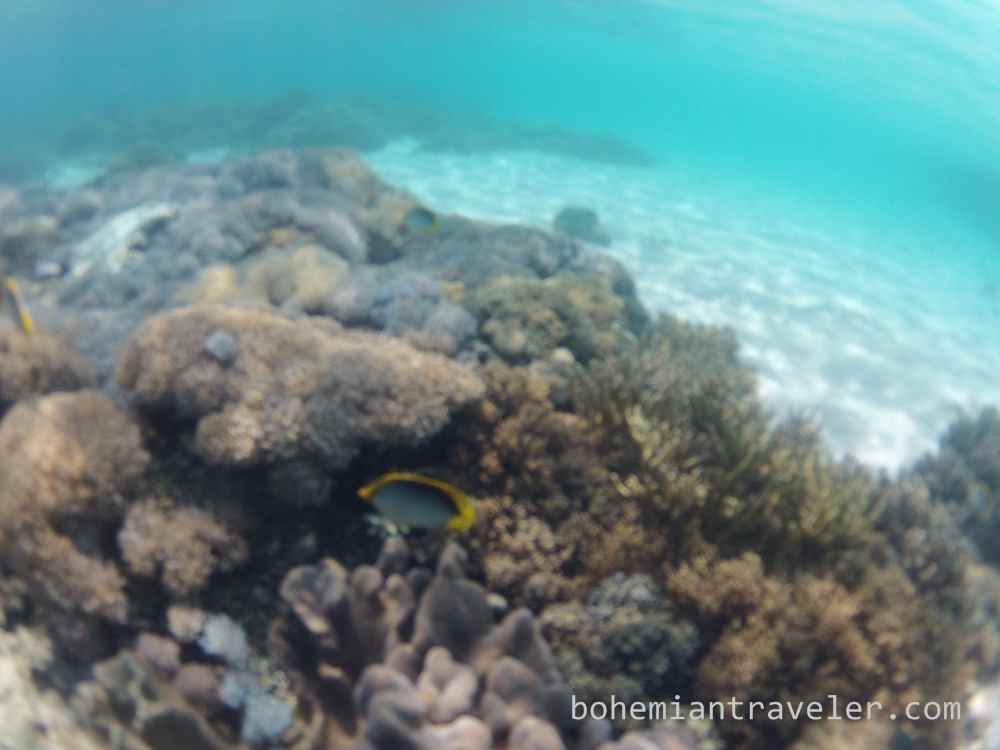 Overall Kanawa Island and Pink beach were some of the best beaches I’ve ever spent a day on. After talking with those in the tourism industry back in Labuan Bajo, beaches like these are a dime a dozen in the waters west of Flores.

Snorkeling is not something I’m normally able to photograph. During my blogger trip to Indonesia, fellow blogger Cailin O’Neil (of TravelYourself.ca) was kind enough to lend me her GoPro camera which I took underwater with Juno Kim (of RunawayJuno). Juno and I took a bunch of photos not knowing how they would come out. Well, some came out alright and others didn’t. I’ll share with you my favorites. 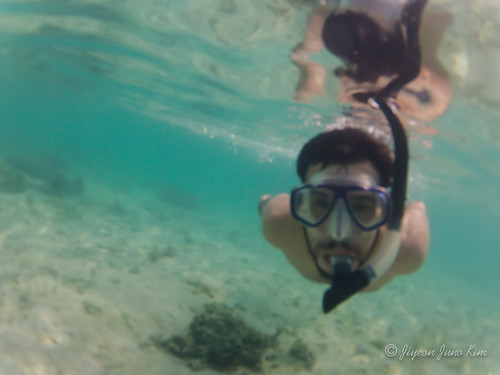 Snorkeling in the waters around Flores Island was part of an international blogger trip to Indonesia hosted by the Indonesia Ministry of Tourism. All contents and opinions are my own. 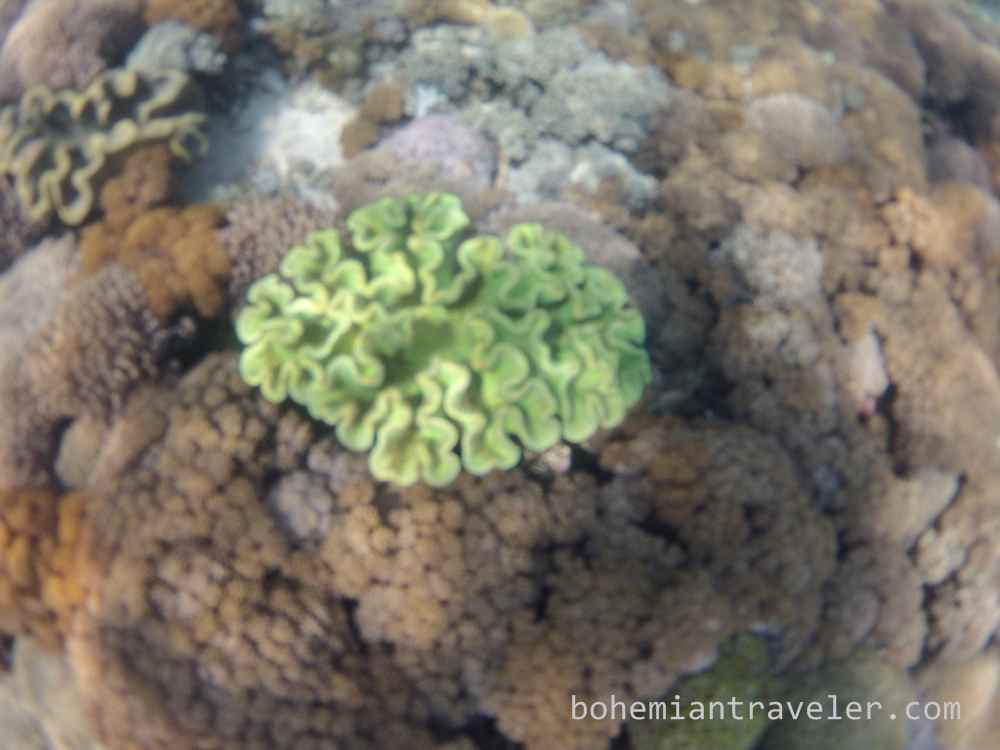 the coral off Komodo Island 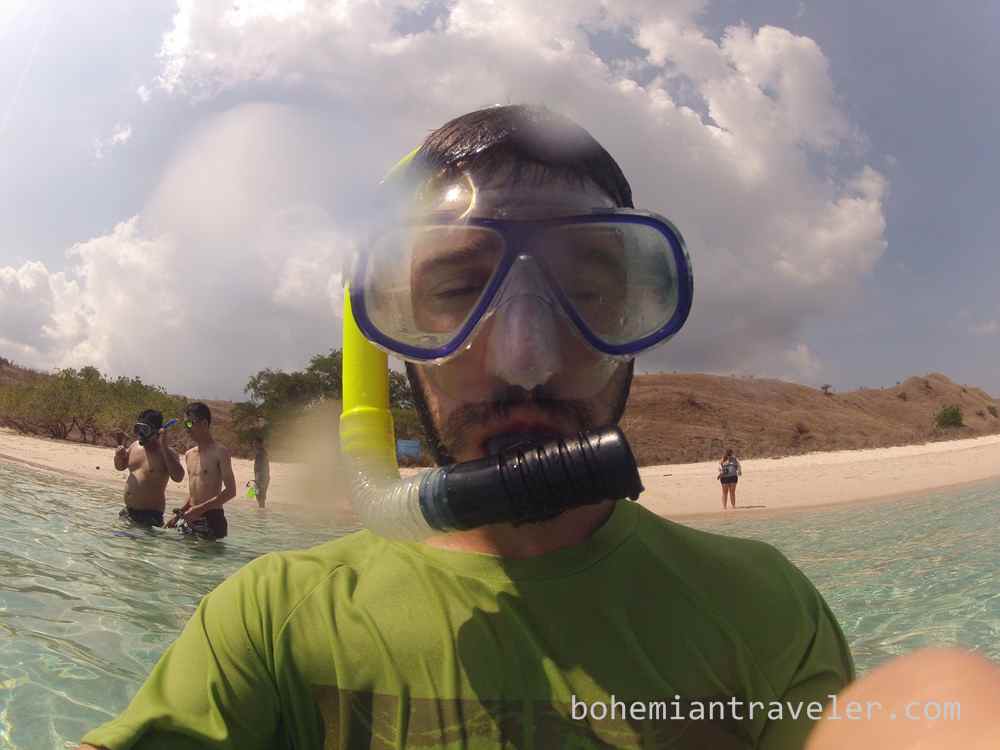 before going under the water 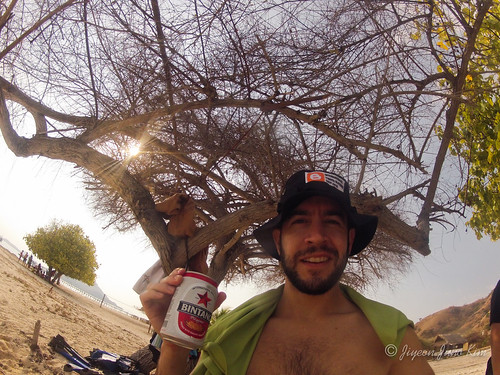 me enjoying a Bintang after snorkeling on Kanawa Island, Indonesia