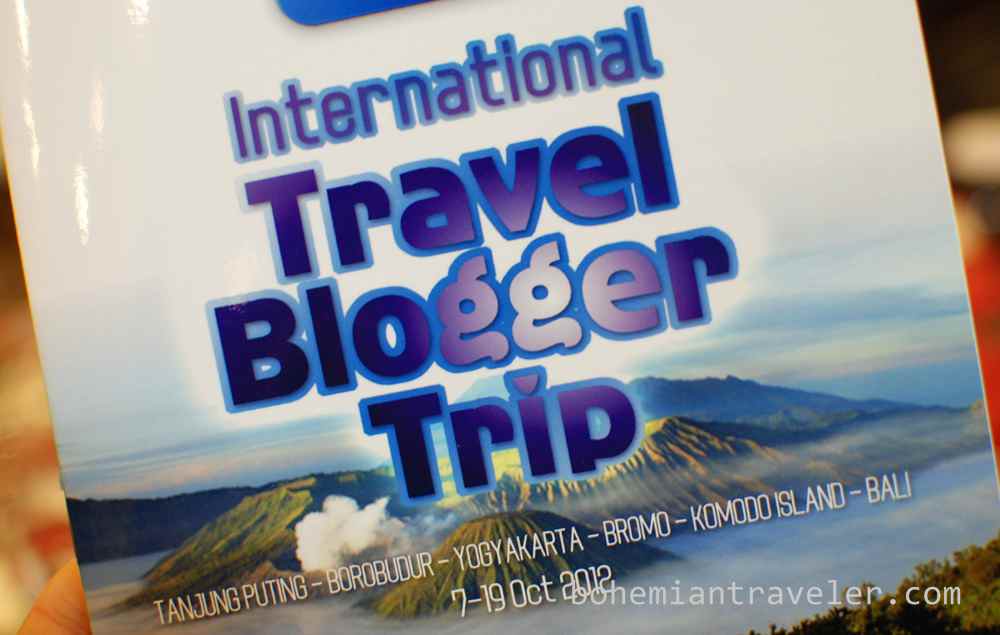 My Europe Trip is being put on temporary hold—and for good reason. I’ve been invited to join a group of international travel bloggers for a two-week trip sponsored by the Ministry of Tourism and Creative Economy. In my previous trips to Southeast Asia, I visited much of Indochina, Thailand, and Malaysia—but never made it as far south as Indonesia.

Tanjung Putting—This National Park is located on the southern side of Borneo, which the Indonesians call Kalimantan. The park was created to protect the forest and its wildlife, including the most famous—the orangutan. We’ll be boating up a river and jungle trekking to three orangutan camps.

Borobudur & Yogyakarta –Borobudur Temple is the world’s biggest Buddhist monument. It was built in the 9th century and was rediscovered in 1815 buried under volcanic ash. Yogyakarta is the cradle of civilization on Java and a center of culture.

Bromo—Mt. Bromo is known for its magnificent views and spectacular landscape. It isn’t the tallest mountain in Indonesia, but its setting is dramatic and an opportunity to peer into an active volcano is priceless. A sunrise from Bromo is unforgettable.

Komodo Island—These gigantic lizards are two to three meters in length and are an endangered species found only on the three islands of Komodo National Park. They are the famous Komodo Dragons. Their habitat is one of savannas, rain forests, white beaches, and beautiful corals. The surrounding sea is one of the world’s best diving sites.

Bali –This island was world-famous long before the Eat-Pray-Love period. Beaches, surfing, unique Hindi culture, and an incredibly lush landscape make this the most popular tourist destination. It’s not typically Indonesian, but no trip to Indonesia is complete without a stop in Bali.

Indonesia is an archipelago nation made up of over 17,000 islands. The main islands are Sumatra, Java, Kalimantan (Borneo), Sulawesi, and Papua. Indonesia is the most populous Muslim country on earth and the 4th most populous of all (after China, India, and the United States). 65% of Indonesians live on Java—making it one of the most densely populated places in the world (think 135 million living in a space the size of Greece).

Indonesia is the new sleeping giant of Asia. China and India are now world industrial and military powers. Brazil’s booming economy has been all over the international news. But watch out for Indonesia. It’s a resource-rich country, 215 million strong. Most of the world is not paying attention. 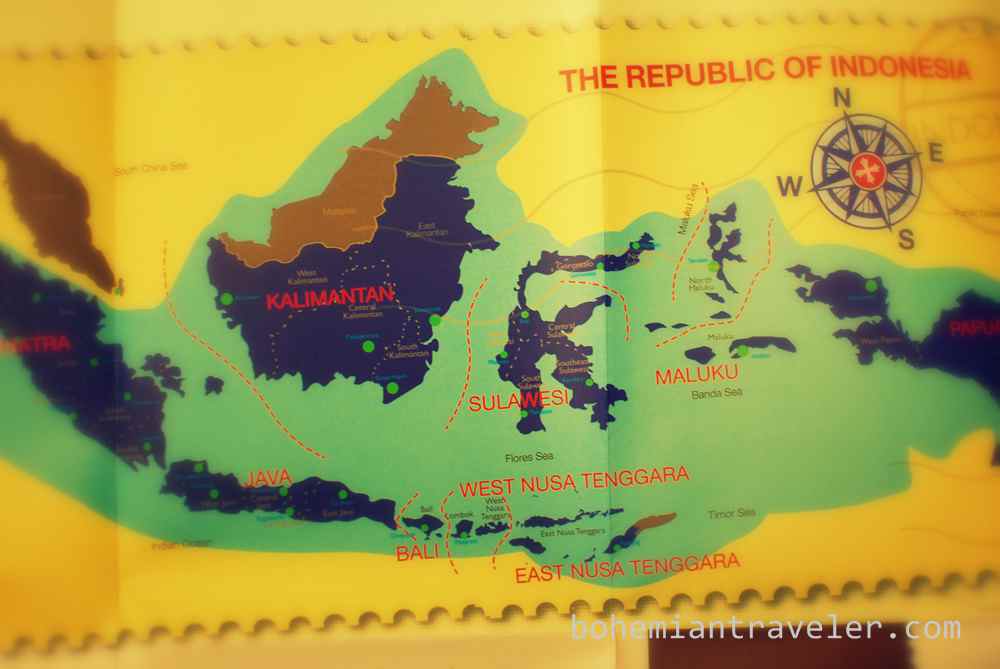 I don’t typically travel in groups or on trips with fixed itineraries. Many times the best travel stories come from the adventures of traveling independently and from the result of uncontrollable circumstances.

I recently visited a friend in Switzerland who had traveled in Indonesia the previous year. He spent a few weeks on Sulawesi, a remote and large island east of Borneo. He told stories of being held up by the impassible roads caused by the downpours of the rainy season. This led him to remain put in isolated villages for extended periods of time.

Bad weather, mistakes, failures, unforeseen conditions, and risk make up the basic ingredients of a good travel story. For this trip, I will unlikely see these conditions. But I still hope to bring to you the culture, people, food, wildlife and landscape of Wonderful Indonesia.

If you are not following me on Facebook, do “like” my page in order to get micro-updates and interesting snippets from this trip as well as my continued travels. On Twitter, I’m @BohemianTrav and we’ll be updating with the #travel2indonesia hashtag. Indonesia tourism will also be running a giveaway later in the month.