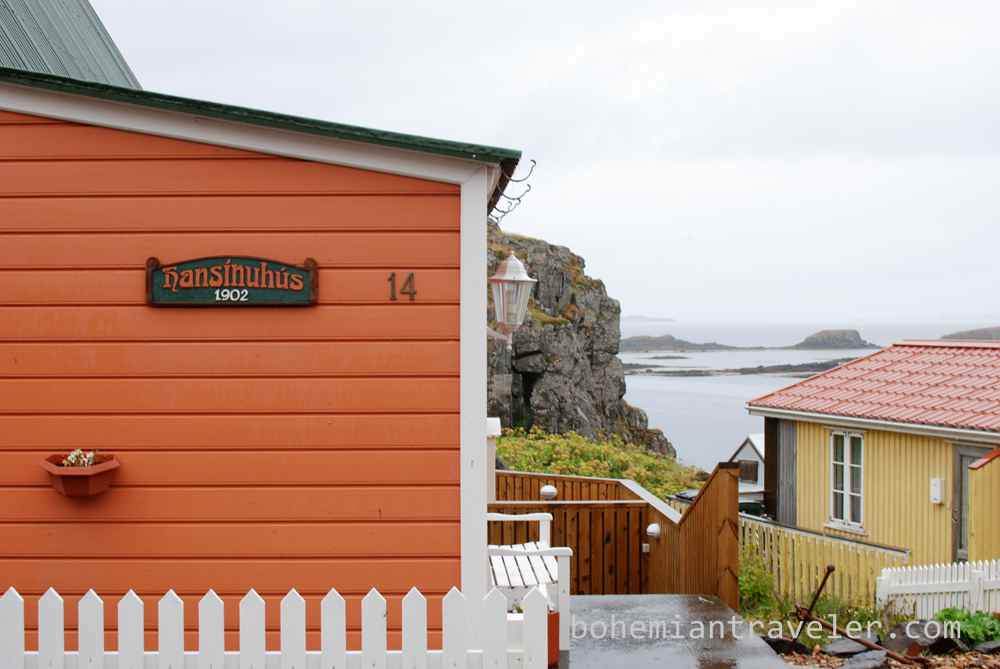 If there is one place you want to be able to capture great images of one of most incredible landscapes on earth, it’s Iceland. The good people at Happy Day’s Iceland and Esja Travel set us up on a day-long tour with professional photographer, Tim Vollmer, to capture the best of Iceland.

Originally from Germany, Tim moved to Iceland in 2005 and spent his first two years exploring the ins and outs of this volcanic island in the North Atlantic. Now he pretty much knows all the spots along the shore and dirt roads you’d want to turn down to find all the places to photograph.

Our tour headed out a couple hours north of Reykjavik to the Snæfellsnes Peninsula. We stopped in the small town of Stykkisholmur to photograph some old colorful houses. One, Tim pointed out, had been built in Norway where it stood originally until dismantled and reassembled in northern Iceland before being moved again to its current location.

We drank a coffee to wait out the rain before moving west on the Peninsula. We would end up battling the rain most of the day, which is a huge inconvenience when trying to take a photo tour.

We eventually made it out to the farthest reaches of the Peninsula’s coastline at Snæfellsnes National Park. The black lava rocks reminded me of Jeju Island in South Korea. I didn’t realize until after the fact that we had passed through the park. That’s when Tim mentioned something I was already thinking: isn’t Iceland just one big national park? Tim explained that Iceland doesn’t charge to enter its National Parks nor does it make a big distinction when you enter or leave the park’s boundaries. Most of the country is incredibly natural and people take care not to litter or mistreat the outdoors.

On the south side, the weather cleared a bit and we stopped at a basalt column. However, the real action was in the opposite direction where the clouds were entertaining us with a display of sharp contrast.

On the drive back to Reykjavik, we pulled off the road to photograph the famous Icelandic horses.

View my best photos of the day below and thanks to Tim for taking so much time to explain the mechanics of photography with me and pushing through with us until late in the afternoon when the clouds broke. A house in Iceland used for drying shark meat. The mountains of Snæfellsnes Peninsula, Iceland The town of Borgarnes, Iceland The Iceland coast near Stykkishholmur Juno Kim, Photographer Tim Vollmer, and I after our Photography Iceland Tour