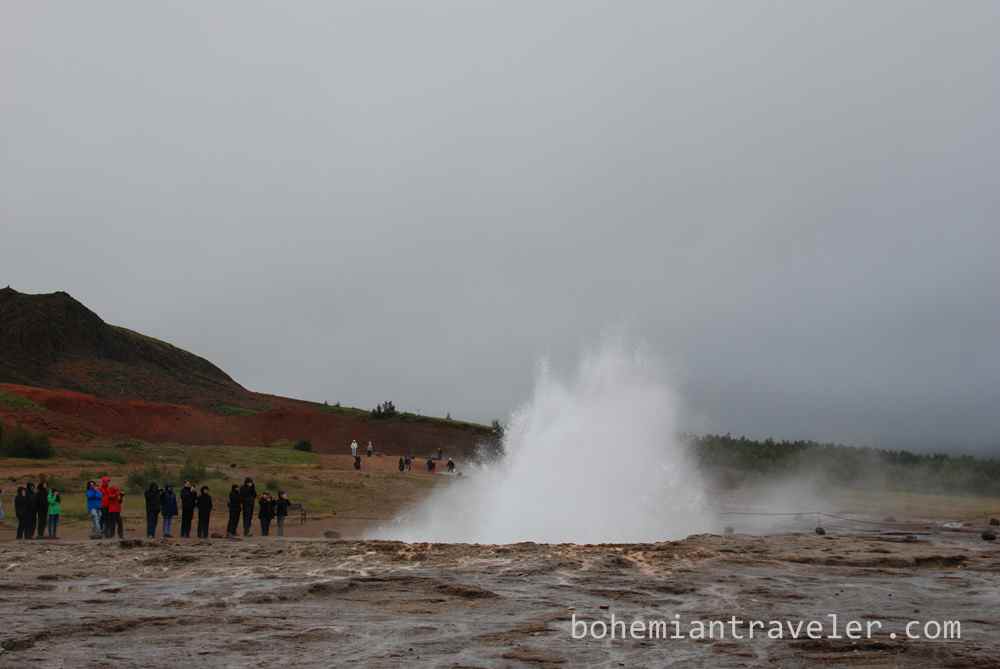 Geysir is one of the stops along the popular Golden Circle. This is the original tourist attraction of Iceland. In the late 1700s, Geysir  (Geyser) was included in a British traveler’s guide and so introduced the word into the English language.

The main geyser, which used to blast up to 70 meters high, is no longer active. Now you’ll have to settle for the 20-meter high Stukkur Geyser, a not too shabby consolation, blowing at regular 6-8 minute intervals.

A short trail leads up along the geothermal field, including the beautiful Blesi hot pools. Blesi is one turquoise clear and one milky blue pool. Along the rest of the trail you’ll pass the now-dormant original Geysir as well as steaming cracks in the earth and hot mineral streams.

Stay on the trail for this one, folks. You don’t want to fall in and get boiled alive.

View the rest of my photos from Geysir below: 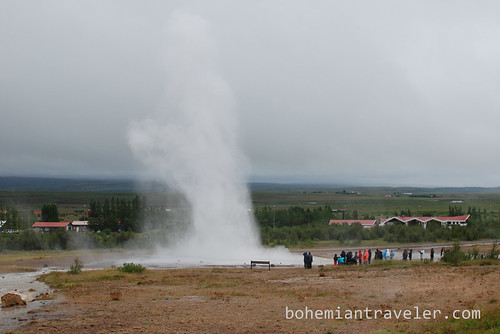 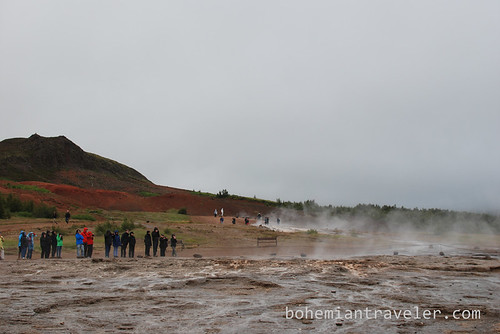 Waiting for Stukker to blow 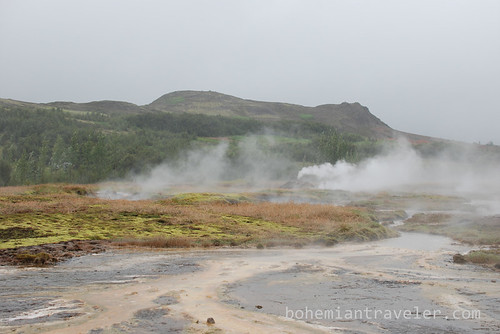 The geothermal field around Geysir 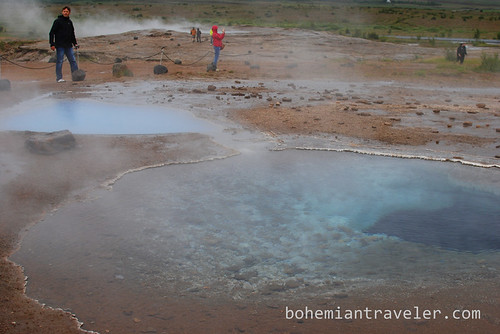 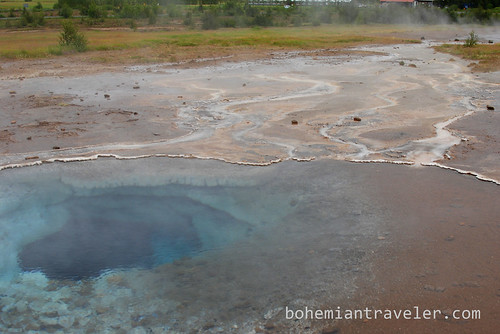 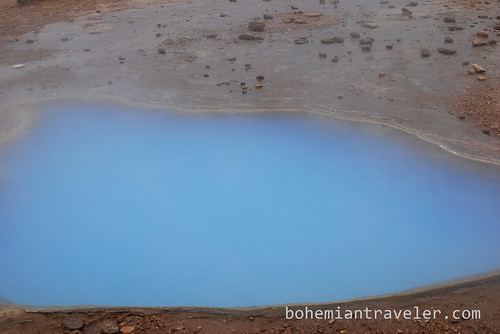 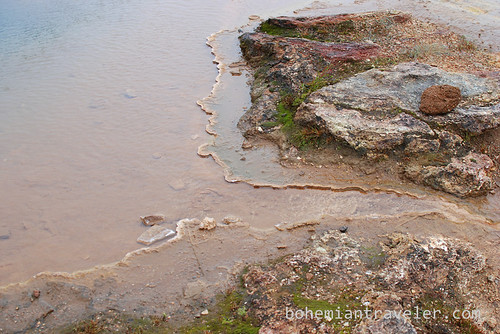 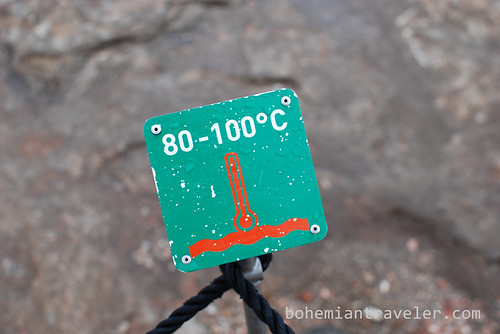 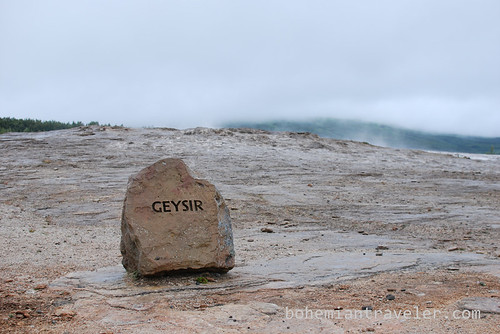 The original and now-dormant Geysir