I wanted to give everyone an idea of what a small village is like on Jeju Island. This is where the English Camp I’m working at is located.

Everyday at 5pm when my lessons are finished I brave the high winds and take a walk along the winding narrow roads through Buchchon-ri. I usually only pass a few people on my way. It seems everyone is hiding out inside their houses trying to stay warm. The temperature usually stays above freezing, but combined with the brutally strong winds it feels much colder. 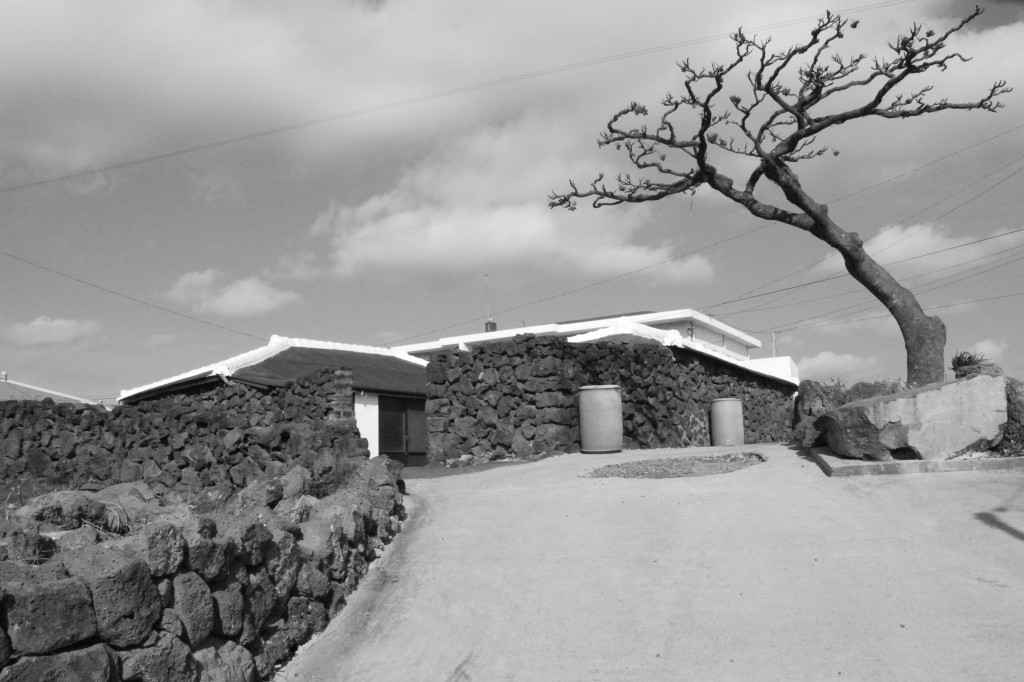 The high rock walls made of basalt help block these winds that batter the north coast of Jeju. For this reason, the majority of the tangerine farms are located towards the south of the island, where they are more protected.

The people of Buckchon-ri plant little plots of rice, cabbage, radishes, and carrots to supplement their catch from the sea. Walk through the port area on any given day and you’ll see fisherman out on the pier, fishing boats anchored in the small harbor, and if you’re lucky you’ll see some haenyeo coming ashore with their day’s catch. Haenyeo are the world famous women divers of Jeju.

Even though it remains a small village, Buckchon-ri has over 3000 years of history. The remains of an ancient 500 meter sea wall can still be seen. Throughout its history the village has had good springs and abundant access to seafood which have contributed undeniably to its long inhabitation but one has to wonder way it never grew bigger than a village. 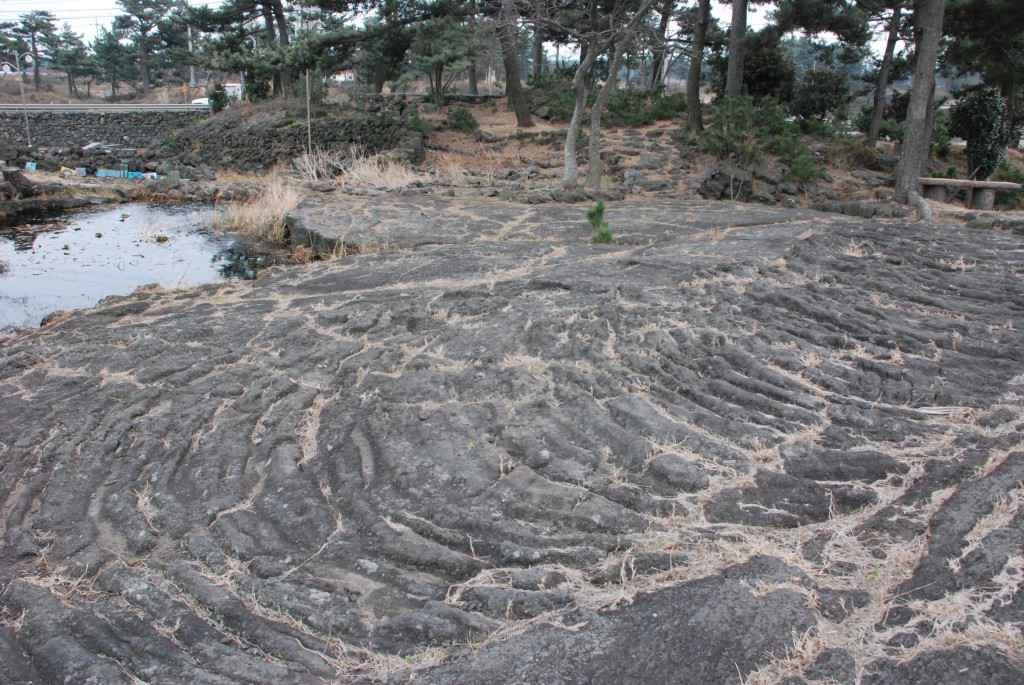 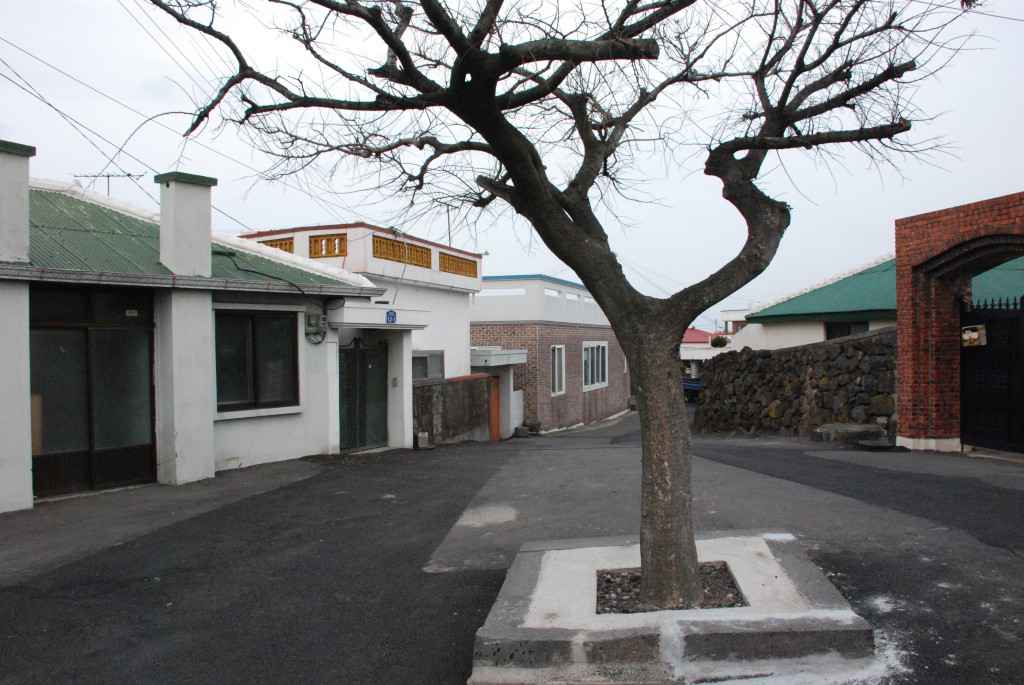 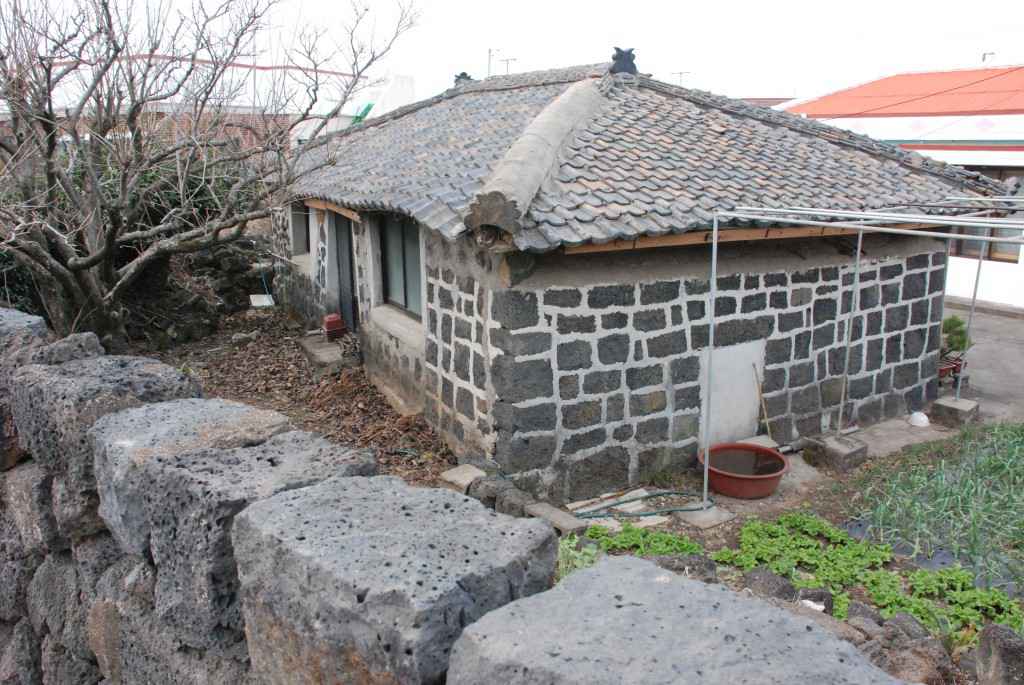 A stone house in Buckchon-ri 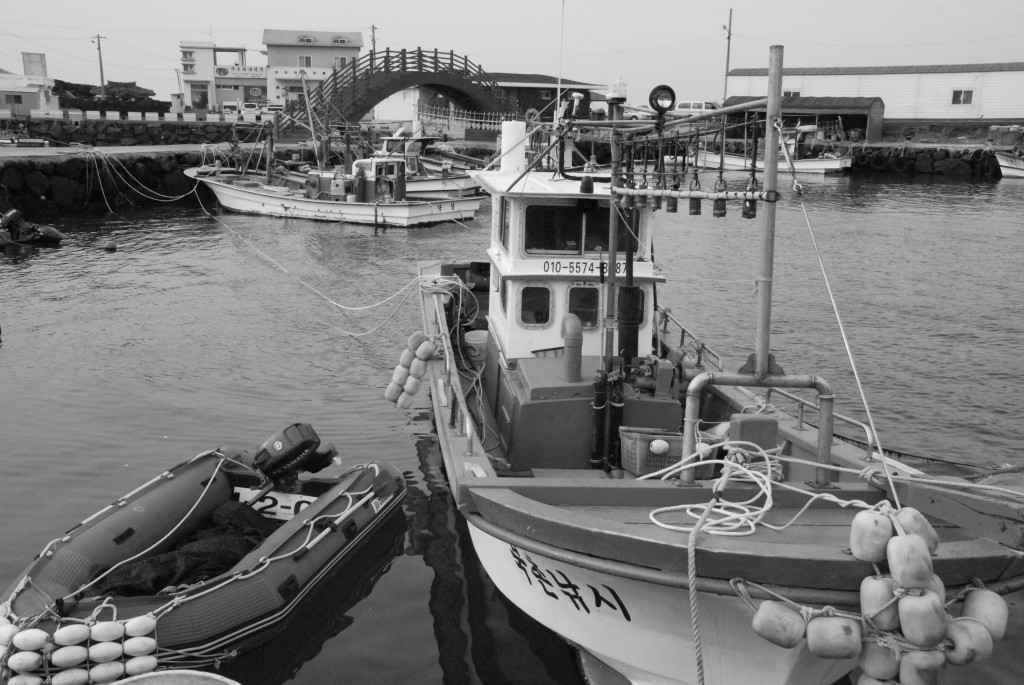 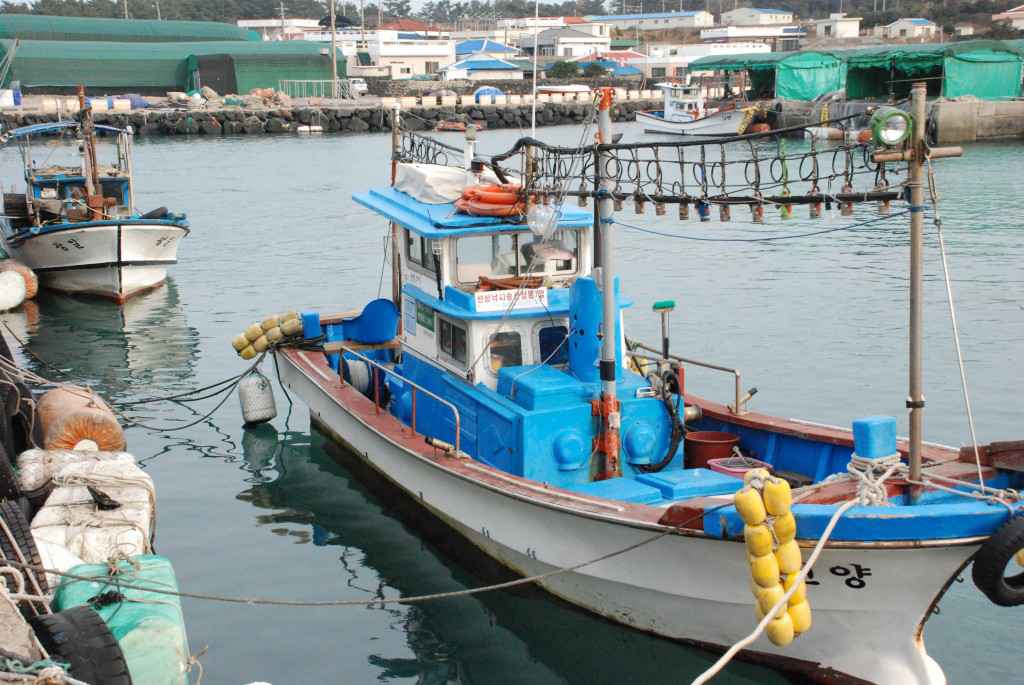 A fishing boat in Buckchon harbor 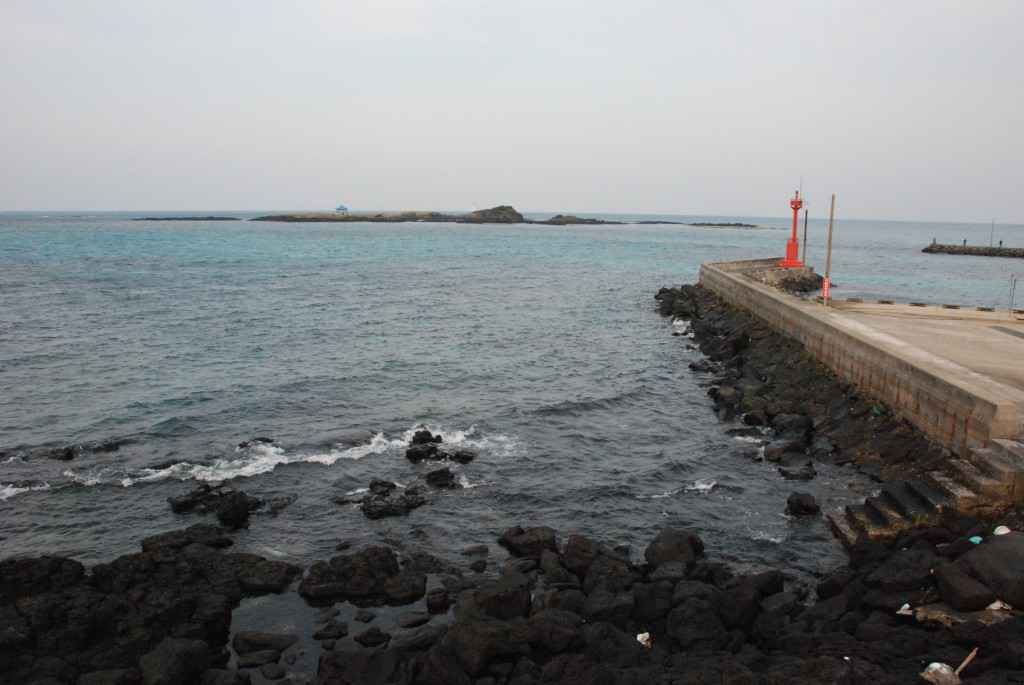 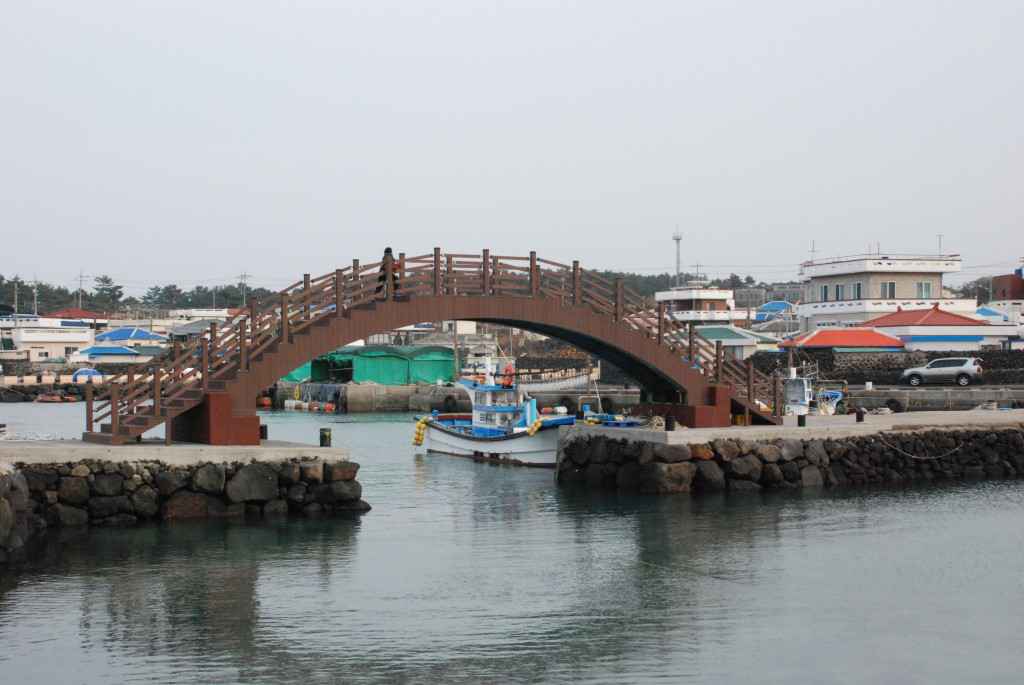 The bridge over Buckchon-ri harbor 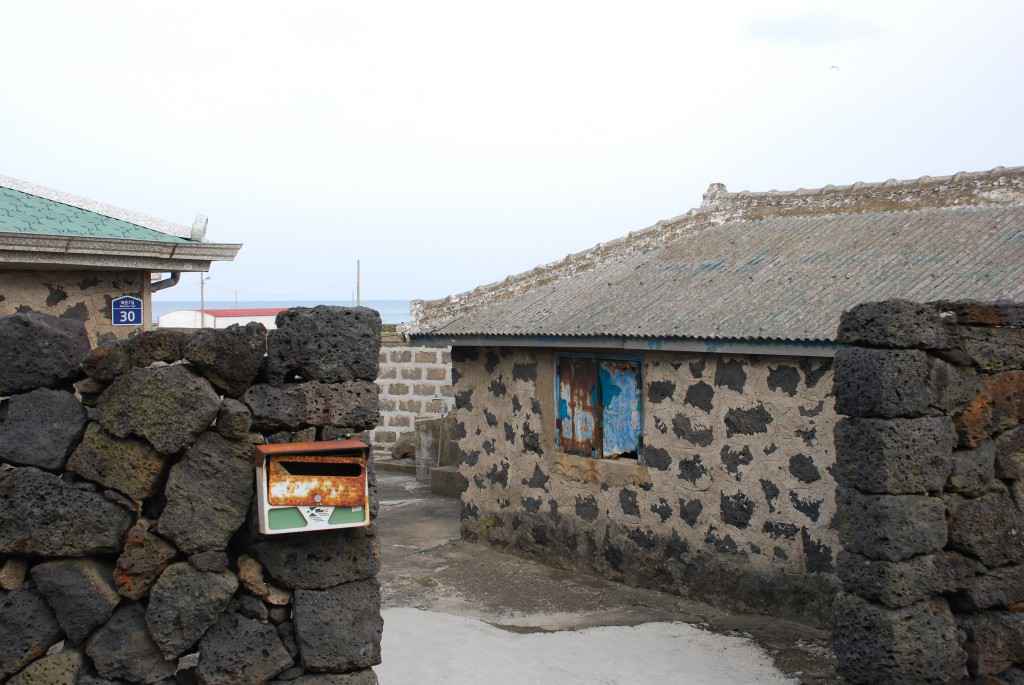 A stone house in the village of Buckchon-ri 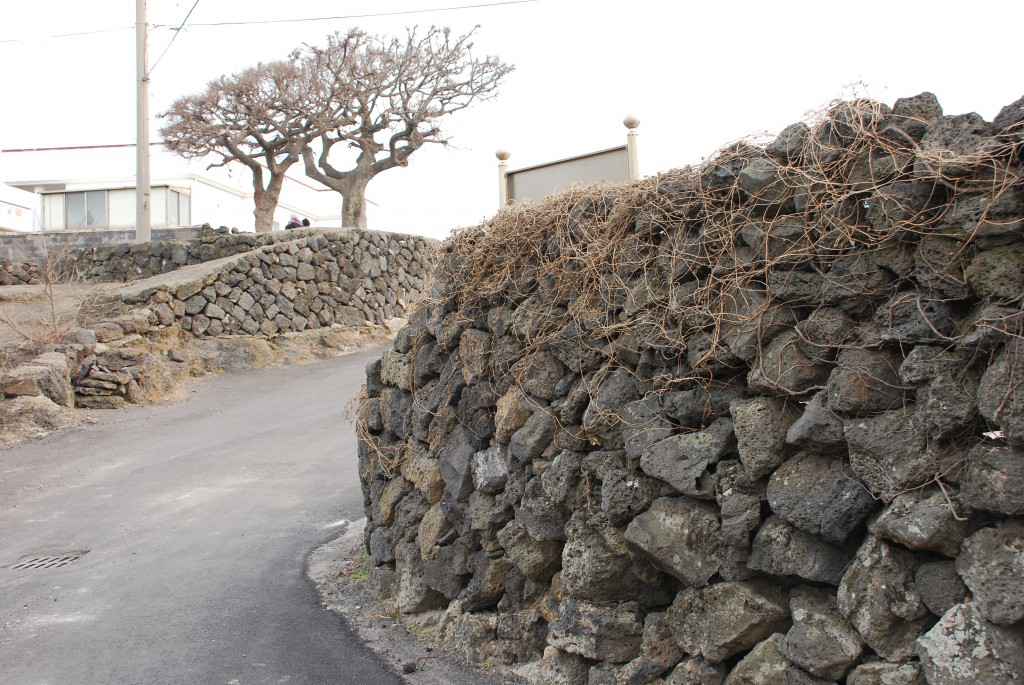 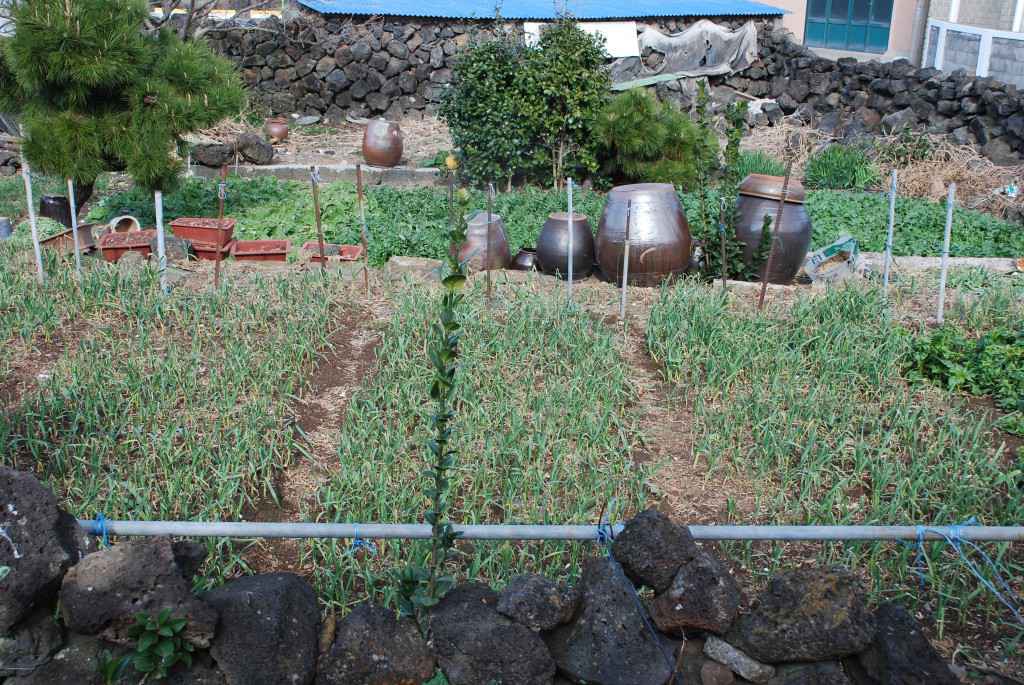 A plot of land beside a house 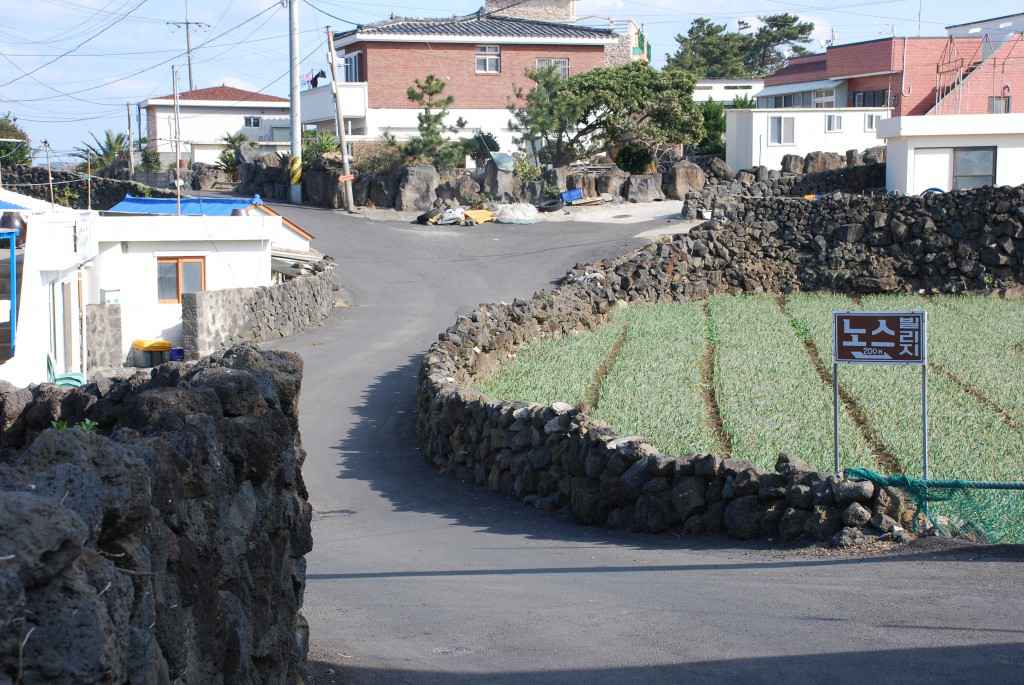 A street and plot of rice in Buckchon-ri 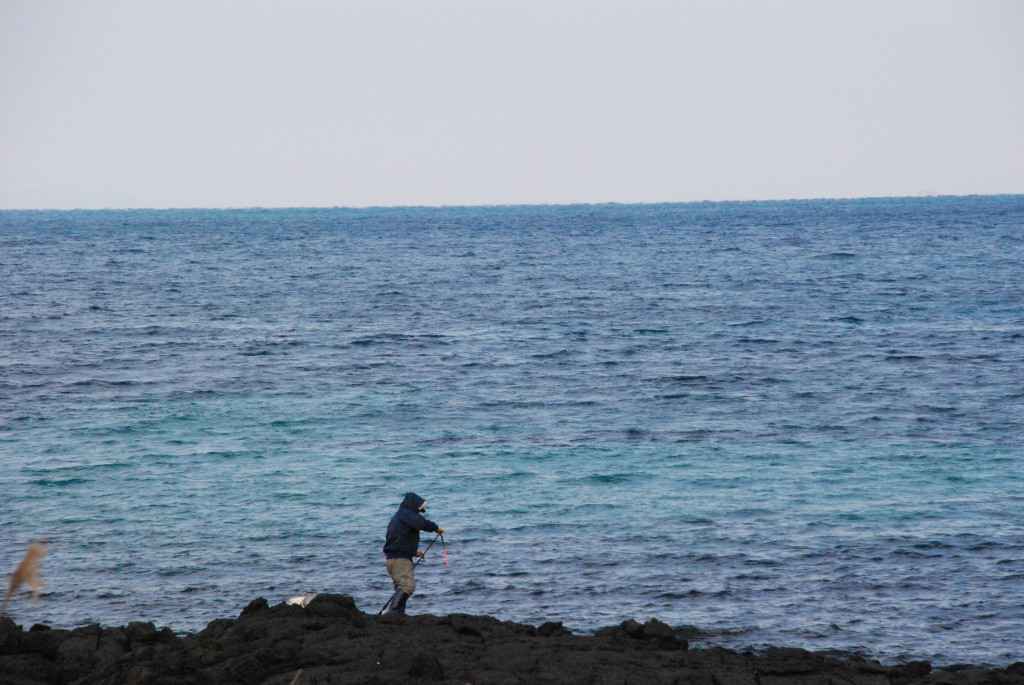 A fisherman standing on basalt rock 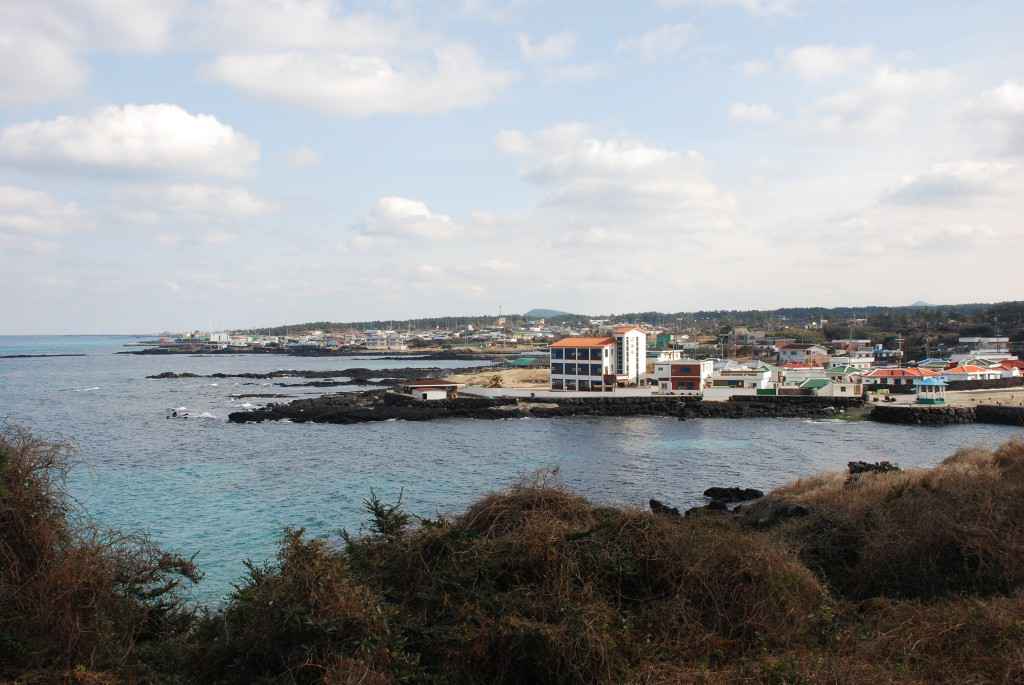 A view of Buckchon-ri from atop the hill 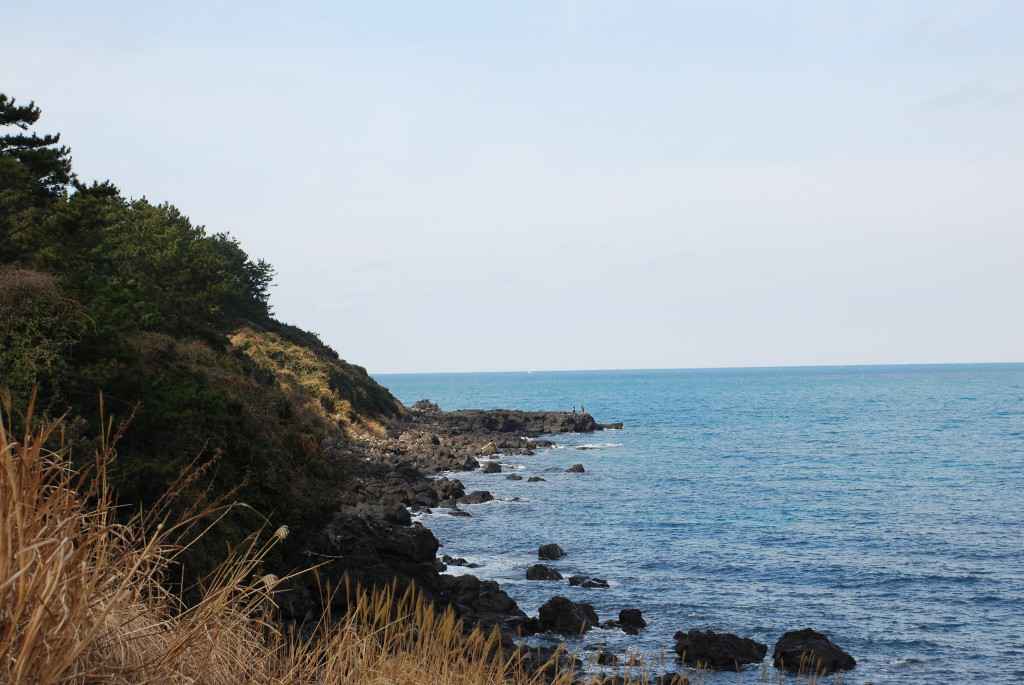 The Jeju coastline west of the village