Watch the video of Harry making the local specialty beerfish in his Yangshuo kitchen:

We spent more than a week soaking up the dreamlike karst landscape in and around Yangshuo, China. But one’s got to eat, right? So after cycling around the countryside of Yangshuo and rafting down the Li River, we enjoyed some of the food specialties of the region.

We dined on stuffed snails, tried the Shatin grapefruit, and ate Guilin Rice Noodles almost every morning. But the one thing that we hadn’t tried by our last night was Beerfish: a river fish cooked in the local beer.

The previous night we met Harry at his new café/restaurant “Little Bull Fast Food”. We almost didn’t go there because we were a little turned off by the sound of “fast food”. Anyway, that evening Harry’s claypot rice took longer than any other dish we ordered in Yangshuo and it tasted the best by far. (And Harry told us he doesn’t use MSG.) 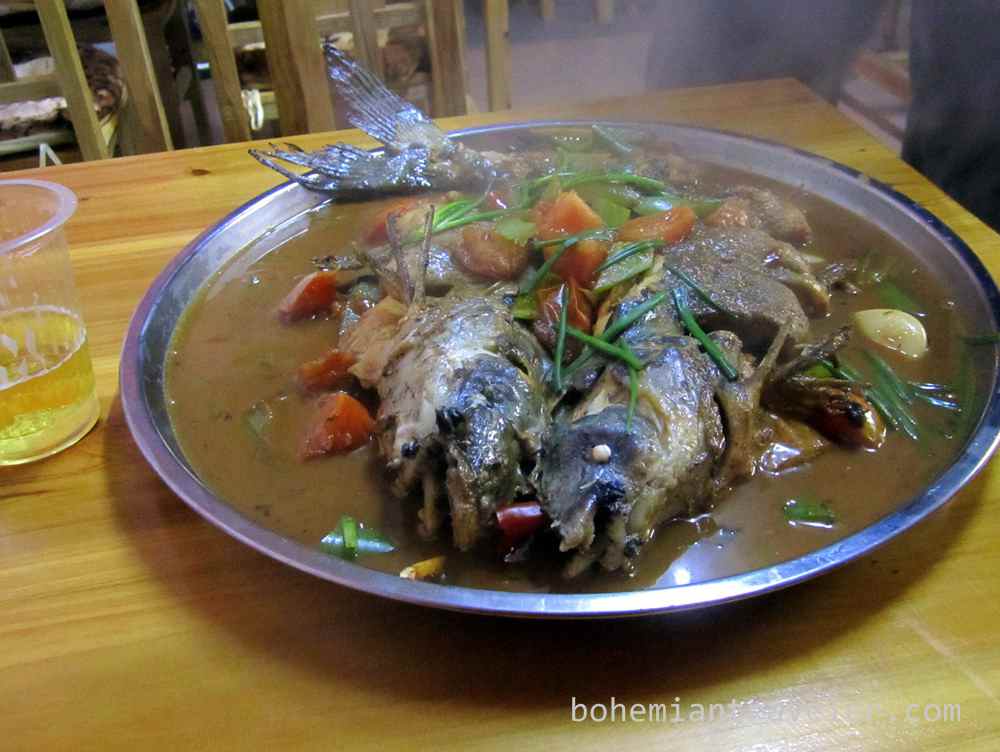 Harry agreed to make the video the following night. That’s when we showed up with our video recorder and got down to the business of preparing beerfish. It was a lot of fun, except for the fish, whom we selected live from the fishmonger across the street. Then Harry knocked the fish out, slit it in half, fried it, added a bunch of ingredients, the most important being the local beer. We waited about twenty minutes before eating the final product: genuine Yangshuo beerfish.

Thanks to Juno of RunawayJuno.com for all her editing expertise!