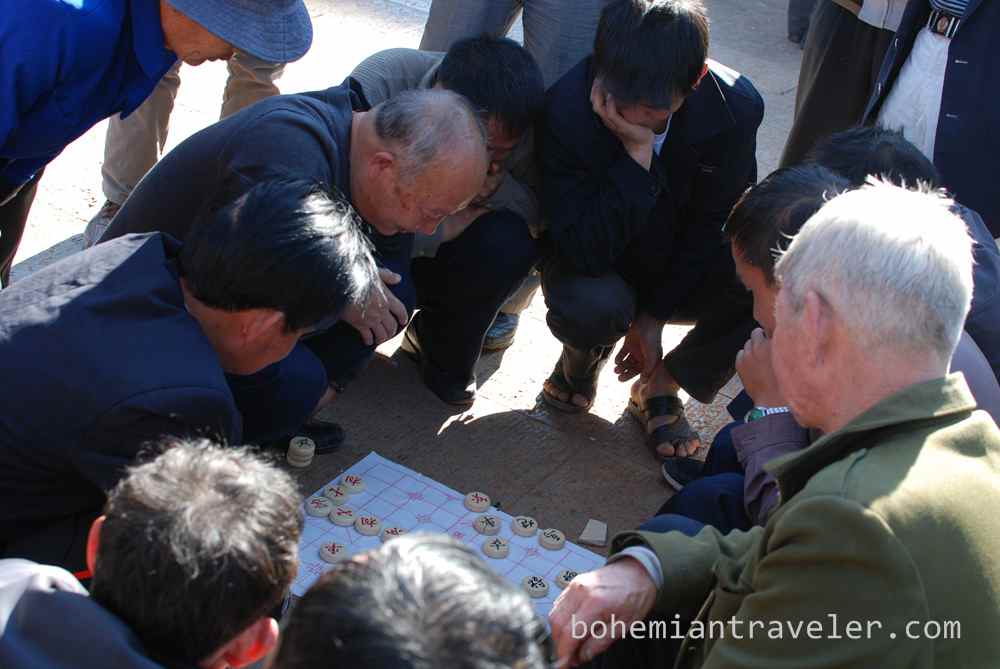 Chaoyang Gate stands proudly in the center of Jianshui, a small Yunnan city south of Kunming. This bright red prominent structure was modeled on the Yellow Crane Tower in Wuhan and Yueyang Tower in Hunan. Think Gate of Heavenly Peace in Beijing for more visuals.

Although beautiful, the Chaoyang Gate was not what captured my attention. It was rather the people in the park below the gate. This is a spot locals hang out—primarily retired folks. One group was dancing in a circle. The leader had a music box tied around her neck. Some groups of old men played cards. Another retired man passed time by playing an instrument. Then his friend joined him by singing along. Another pair of elderly men had drawn a crowd to watch their game of Chinese chess. Everyone looked on with intensity.

Up on Chaoyang Gate we enjoyed the view over all the above mentioned activities.

Jianshui is small city off the tourists’ trail about 200km south of Kunming in China’s Yunnan Province. It’s where I witnessed the Chinese New Year celebrations for the Year of the Dragon. 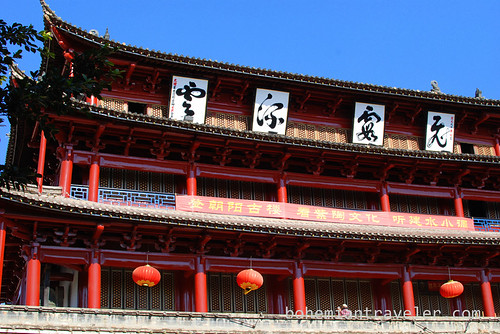 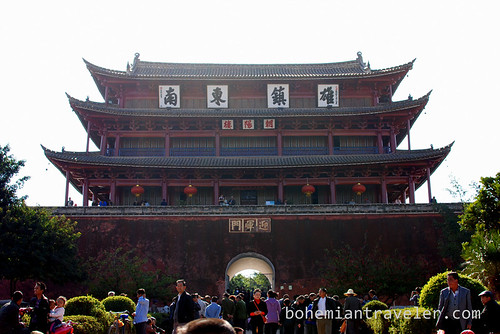 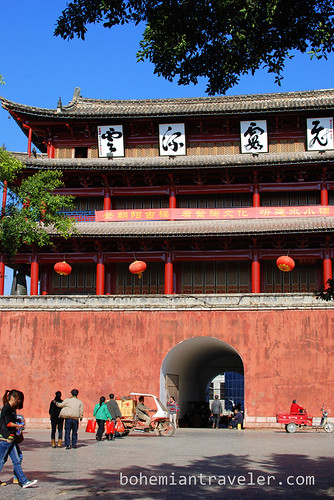 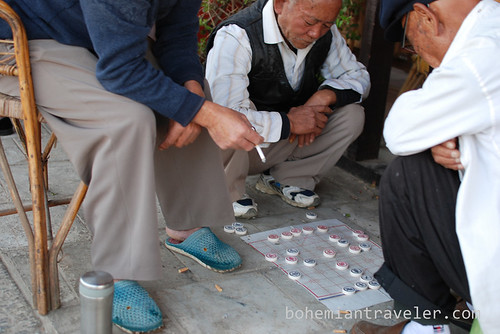 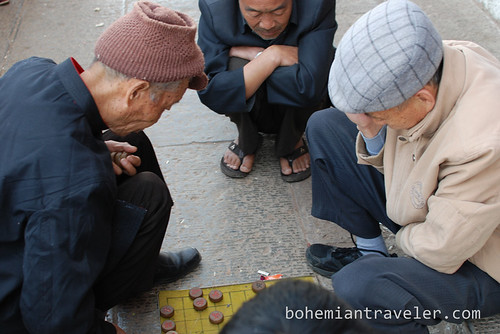 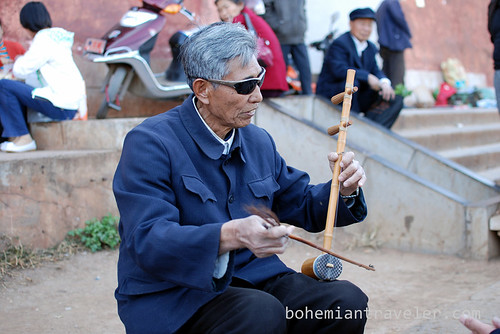 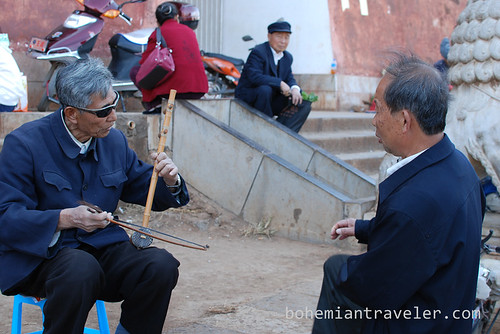 Playing an instrument and singing below Chaoyang gate in Jianshui, China 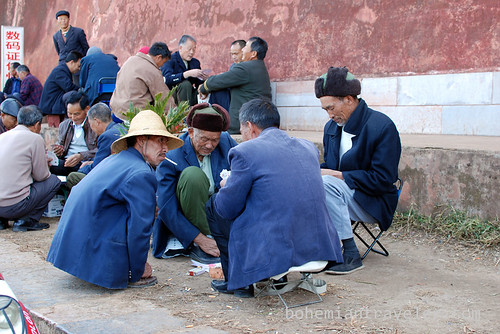 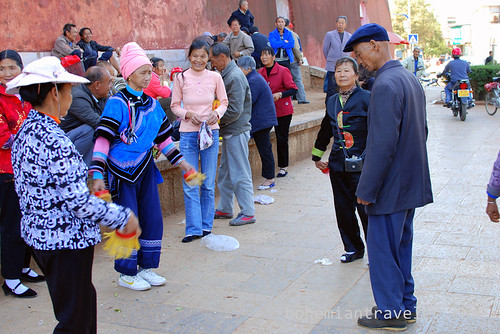 Dancing in the park below Chaoyang Gate in Jianshui, China 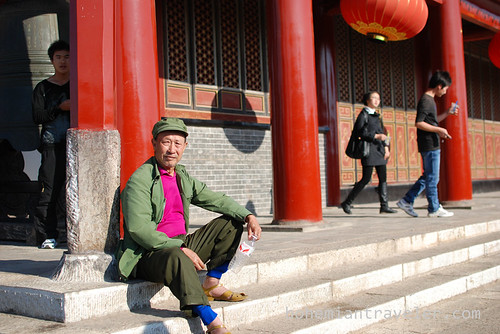 A man sits atop Chaoyang Gate in Jianshui