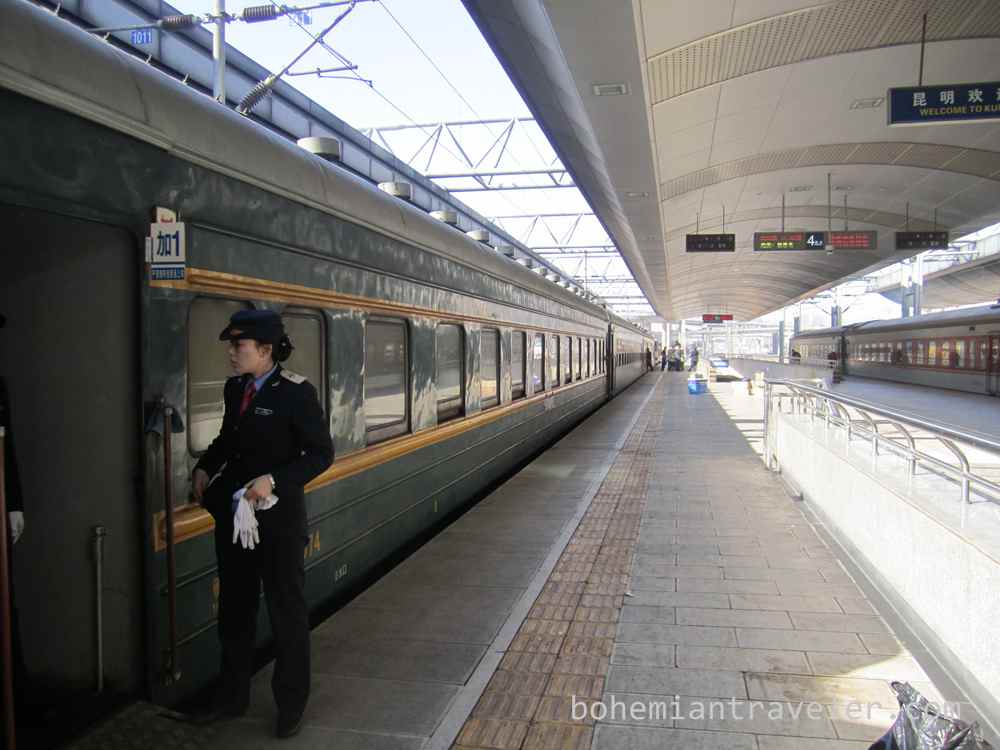 Our compartment is less than half full. But it still smells. The closest thing I can compare it to is the smell of 100 wet dogs. Add to that, the constant stream of cheap, most-likely fake cigarette smoke drifting in from the vestibule. Think body odor, unclean toilets, and spoiled food. Now we are getting somewhere. I tied a bandana around my nose and tightened my scarf on top of that.

Although I’ve been on smellier, dirtier trains, this one is close to the top. It’s hard to imagine with the temperature so low, that the odor could get so ripe, especially at the beginning of a journey with so few people onboard.

I’m lying on my berth, the highest of three. As I lie there, my body is massaged by the rumble of an old train that can’t go much faster than 120 km per hour.  The near-constant drawn-out blowing horn moans. A baby occasionally cries. Little lights above the floor faintly illuminate the hallway on the opposite side of the carriage.

Another thing; it’s really cold. Not like Beijing cold—but the temperature that’s just above freezing and either there is no heating, it’s not working, or somebody important feels that it’s not quite cold enough to use. The dampness of January Guangxi seeps into the railcar.

I’m wearing long underwear bottoms and a few layers on top under my recently purchased imitation Mammut jacket. The train provides clean linens with a warm blanket. With an extra layer light jacket I added before bed I managed to stay warm through the night.

We are on the night train to Kunming—riding in hard sleeper class, a three-bed-high open compartment. The conductors all wear sharp, stiff uniforms. Some officials—maybe police—have been aboard to check our passport and visas. Our carriage was half-full when we pulled out of Guilin, in Nanning it filled up. Train seats are in high demand during the weeks surrounding the Spring Festival, or Chinese New Year. 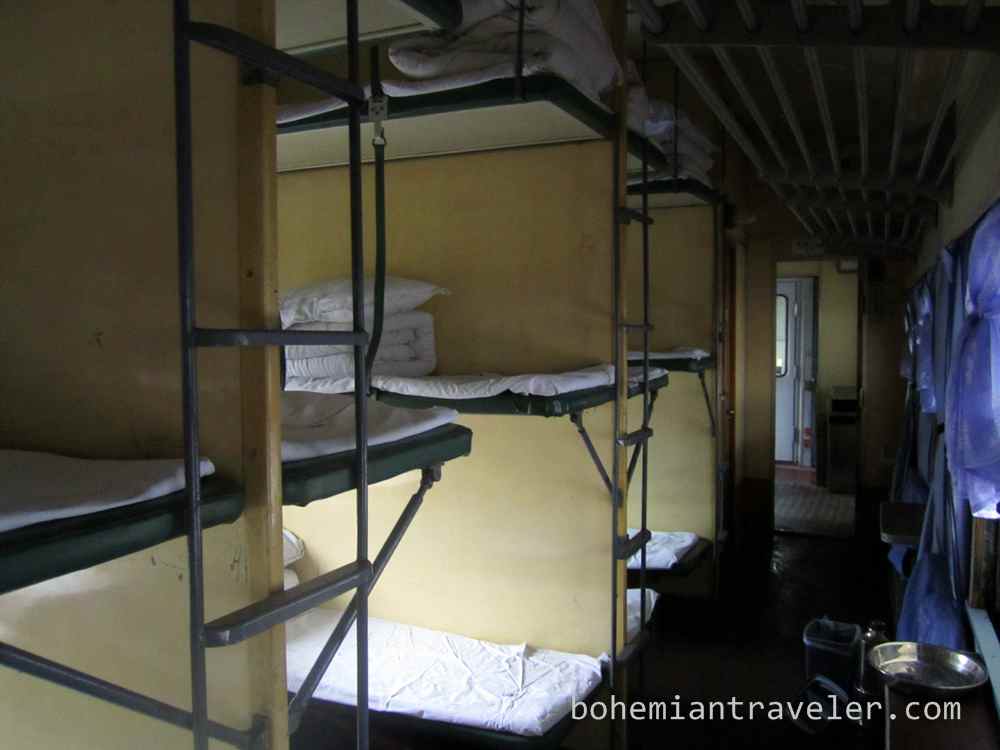 In the morning, the sun beams through the windows when I look down from my berth. The sun was something we had seen very little of since we left Macau on the 3rd of January. Eighteen hours after we left Guilin, we pull into Kunming Station. This is the City of Eternal Springtime—called so for its mild year-round temperatures. Kunming enjoys a southerly latitude, but sits at 1850 meters.

Later on the day of my arrival, we ran into the American teacher and her friend at our hostel. I asked her if that was a typical Chinese train journey. She said that it was more or less a standard overnight train experience, except that usually the trains are heated better.