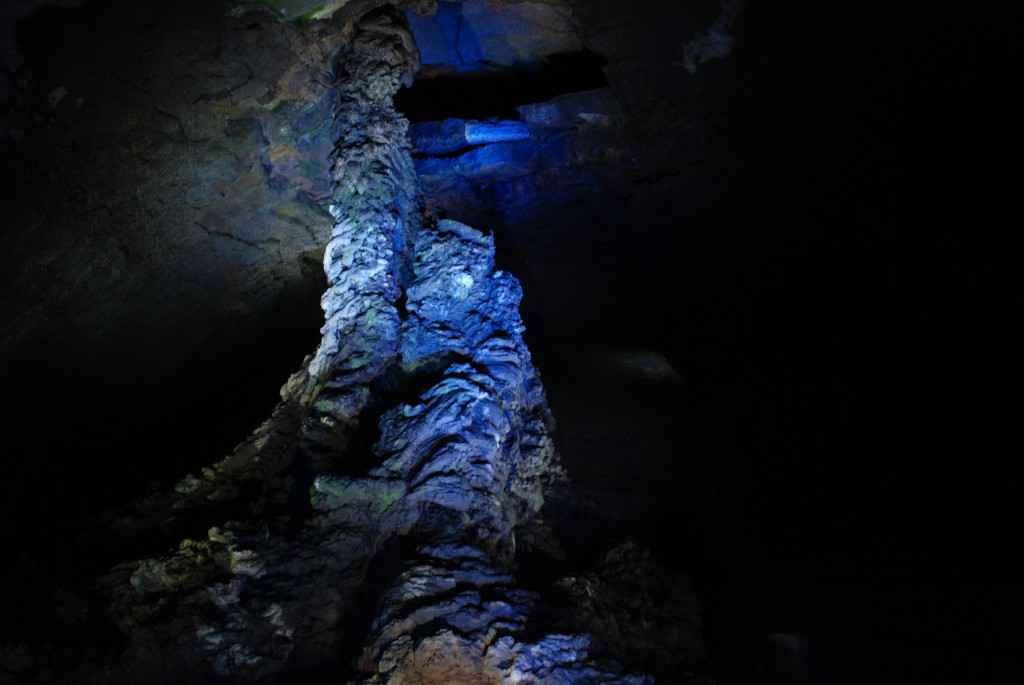 South Korea’s Jeju Island is known for having some of the best examples of lava tubes anywhere in the world. On nearly my last day in Jeju, after teaching English at a winter camp for children, I was able to visit some of them. Good thing, because I didn’t want to have to tell my friend, an avid global caver, that I visited Jeju and failed to see the lava tubes.

Lava tubes are basically caves that formed as lava flowed through under the ground. First we stopped at one of the lava tubes in Geomunoreum Park. The entrance was closed off but we got a chance to peek inside at ground level.

Following that we headed over to Manjang-jul lava tube. At 7.4 km, it’s one of the longest in the world. At some places its 18 m wide and 23 m high. Only the first 1,000 meters of Manjang-jul is open to the public and lit. Along the way, several formations are pointed out, with the path culminating at the world’s largest lava pillar which stands at 7.6m tall.

Photo and text by Stephen Bugno 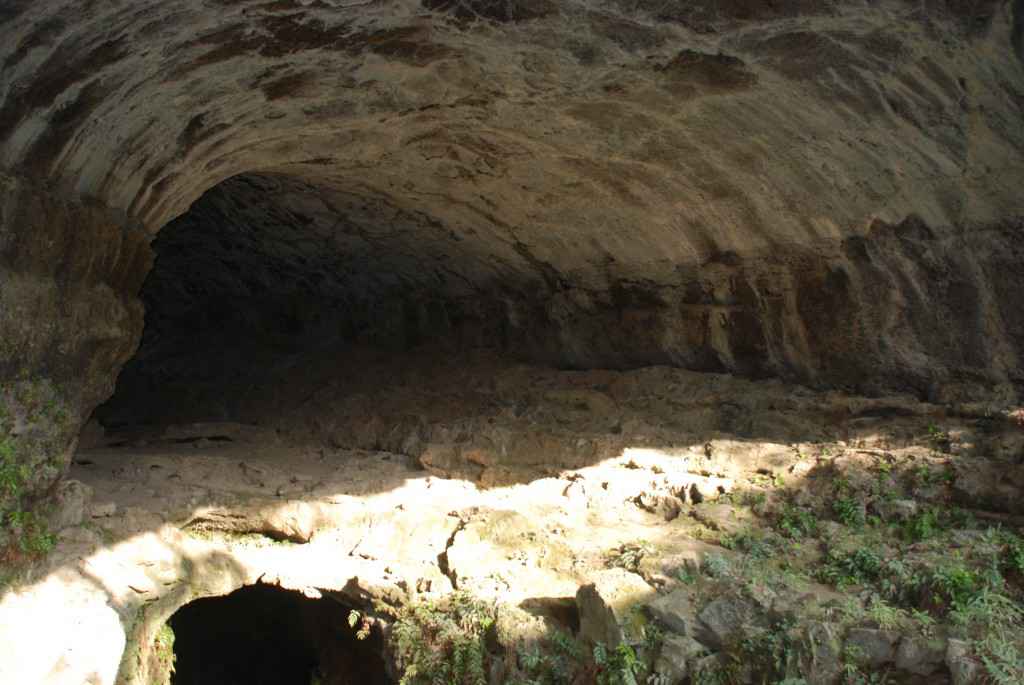 The entrance to a lava tube on Jeju Island, South Korea 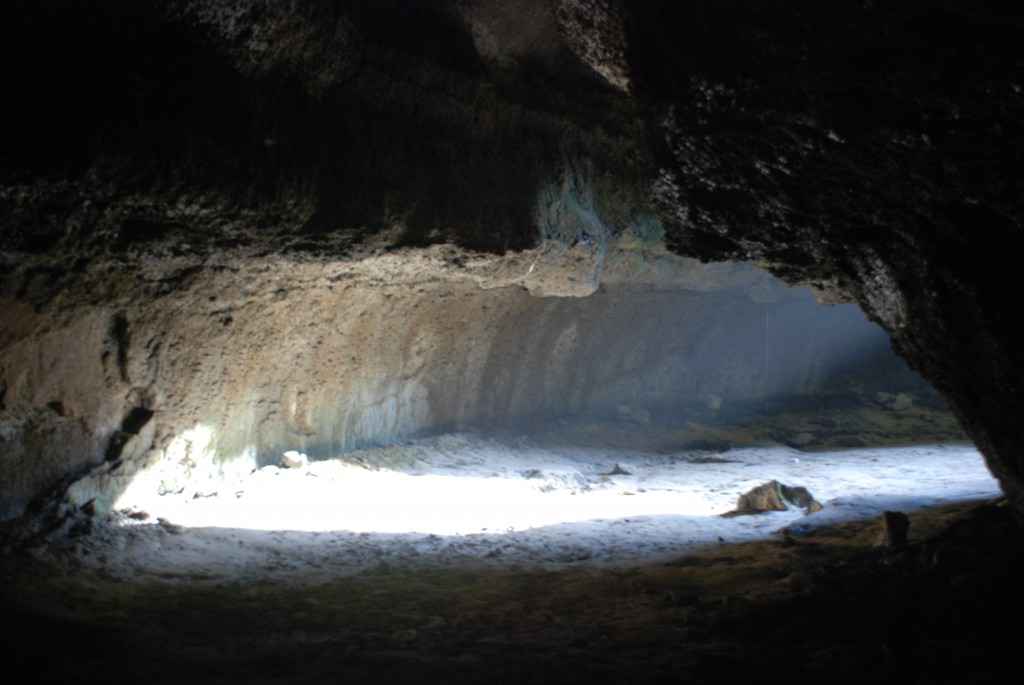 Inside a lava tube on Jeju Island, South Korea 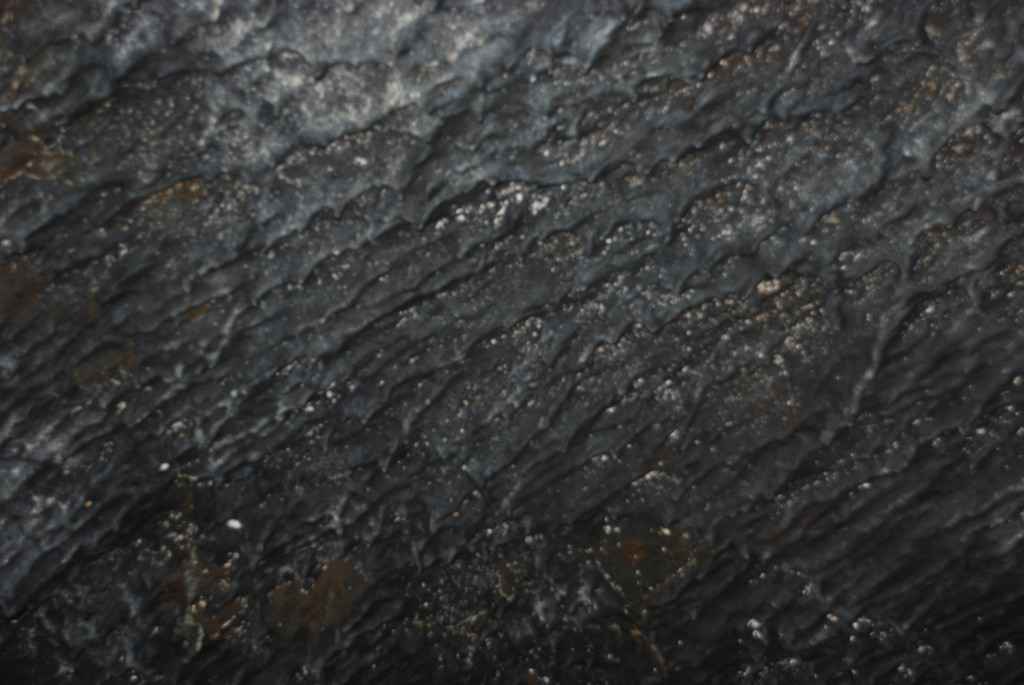 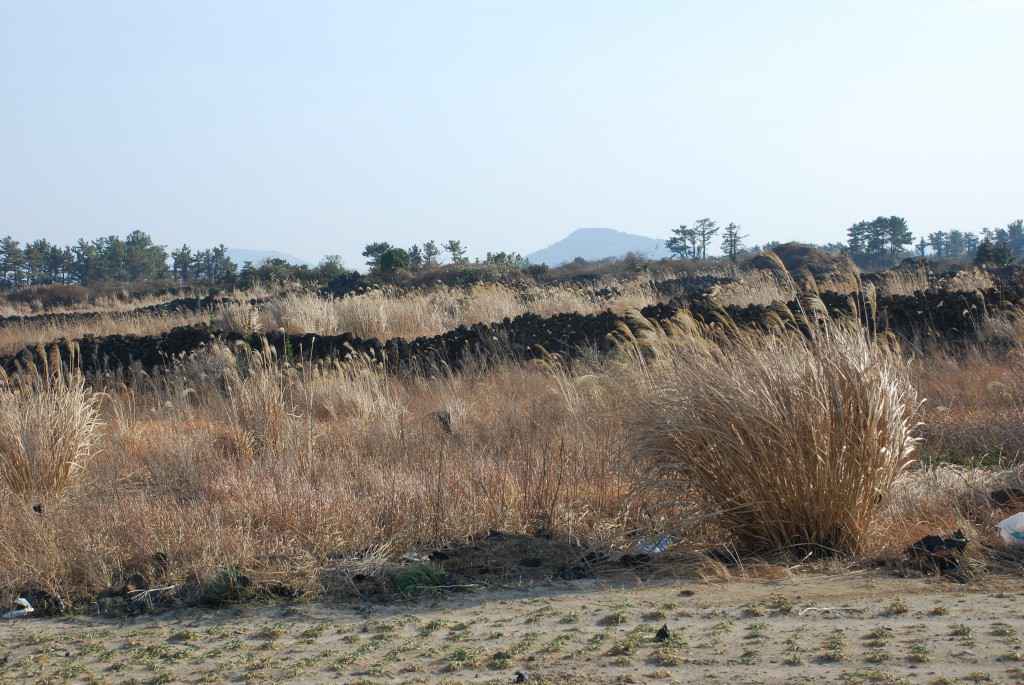 Above the Lava tubes on Jeju Island, South Korea