What You Need to Know about Traveling in Kyrgyzstan

Road Trip Inspirations: Most Scenic Drive in the Land of the Oz

As I traveled around the Greek Island of Lesvos, one story kept resurfacing. That of the foreign tourist who’s been coming to this island so long, they no longer consider themselves outsiders. 10 years, 15 years, some even 20 years, all returning year after year. That’s how much some people love Lesvos. They come from Britain, Germany, France, Scandinavia, and beyond. So when refugees began arriving in great numbers in 2015, the Lesvos regulars knew nothing would permanently change. They knew their favorite yearly getaway would weather the storm and they would return. They were right: Lesvos is only stronger for it.

Here are 11 Reasons to Love Lesvos: 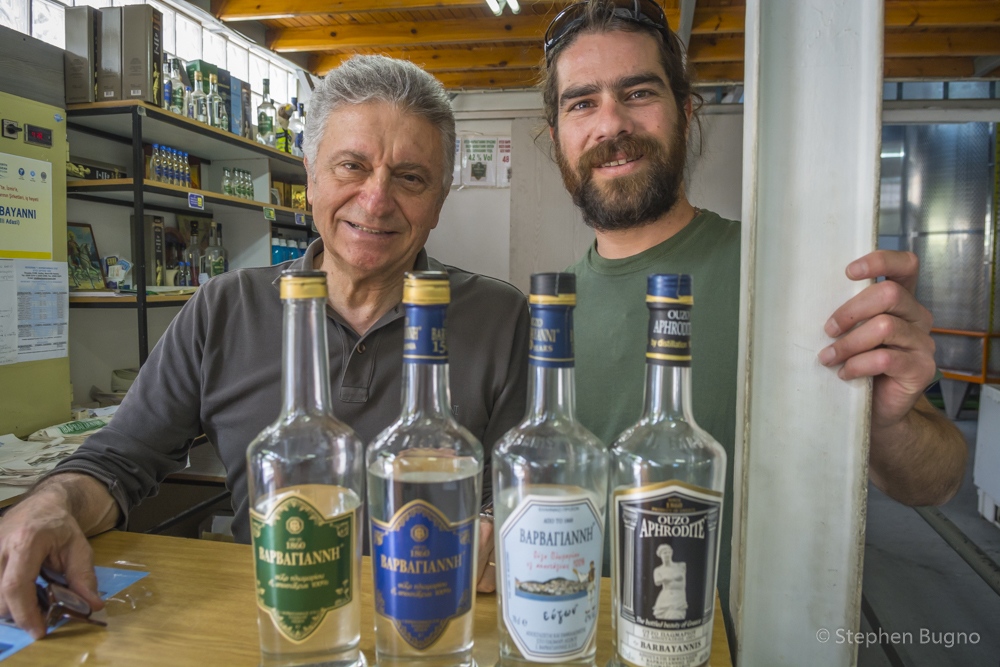 The Best Ouzo in Greece

Even those on the mainland will admit that Lesvos makes the country’s best ouzo. For those who don’t know, ouzo is the anise-flavored aperitif that Greeks (especially men) universally love to sip on a sunny afternoon or in the evening. It tastes similar to other anise liquors like pastis, sambuca, arak, raki, and mastika, that are traditionally produced and consumed in other Mediterranean countries. But, of course, Greek Ouzo is the best. And that of Lesvos is particularly revered. The folks at Barbayanni, outside of Plomari, showed me around their distillery, which has been in the family for generations. They’ve got a little Ouzo Museum which explains how they’ve been perfecting the art of ouzo since 1860. Other Ouzo brands to check out are the popular Mini or Plomari, or lesser-known ones like Kronos, Mattis, Samara, Thymi, Smyrna. But remember, it’s not just the ouzo, it’s who you drink it with that really makes the experience. 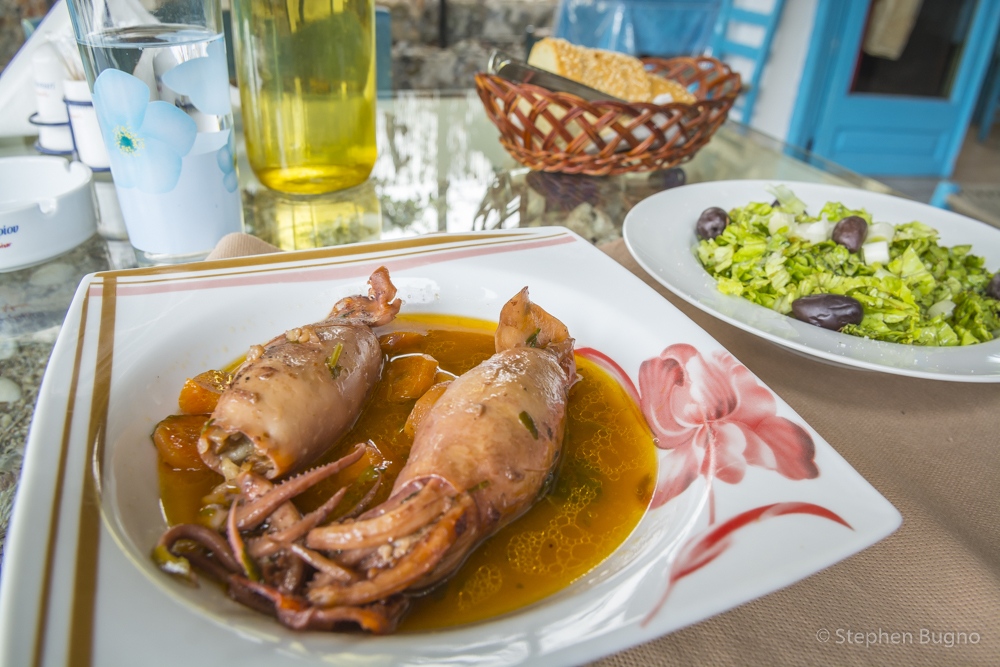 Greece is known for its delicious food, but it’s especially fresh and well prepared on the island of Lesvos. The secret is using locally grown ingredients and freshly caught fish. You can’t go wrong with fried baby sardines sprinkled with coarse sea salt. But it’s not just tasty meals served up in traditional tavernas. Lesvos produces some wonderful specialty food products. It’s well known for various cheeses, high-quality olive oil, local scallops, trahanas pasta, as well as delicacies like stuffed onions and zucchini flowers, chickpeas with mutton, and ouzati meatballs. Residents of Lesvos have the utmost respect for their food and cuisine and serve it with pride. 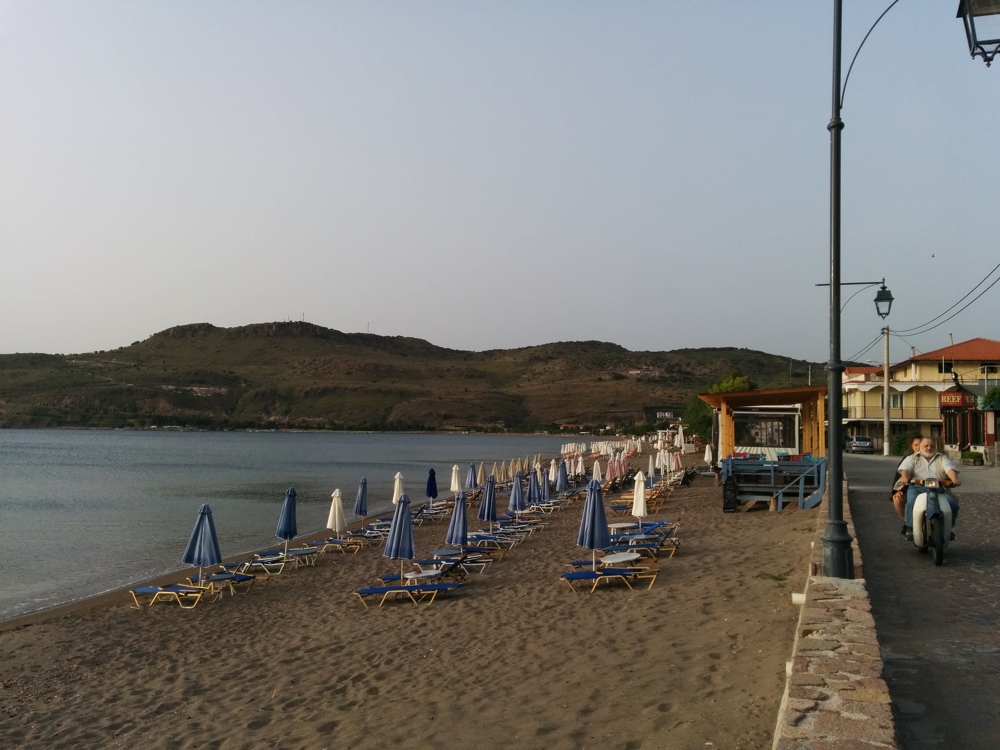 Beachgoers in Lesvos enjoy clear blue waters and a variety of beaches. Hoping to find a secluded empty beach? That’s a relatively easy task along the island’s 370 km-long coastline when you set out with your own set of wheels. Lots of sunny days, an extended summer season, gorgeous sunsets, and warm water all make Lesvos a great beach destination. If you’re looking for more action, the most popular beaches get busiest in late July and early August. There are too many beaches to name, but Haramida, Kanoni Thermi, Evriaki, Tarti, Agios Issidoros, Melinda, Panagia Krifti, Vatera, Nifida, Gavathas, Eftalou, Skala Eressos, Skala Kalloni, Anaxos, and Kambos are some of the most inviting. 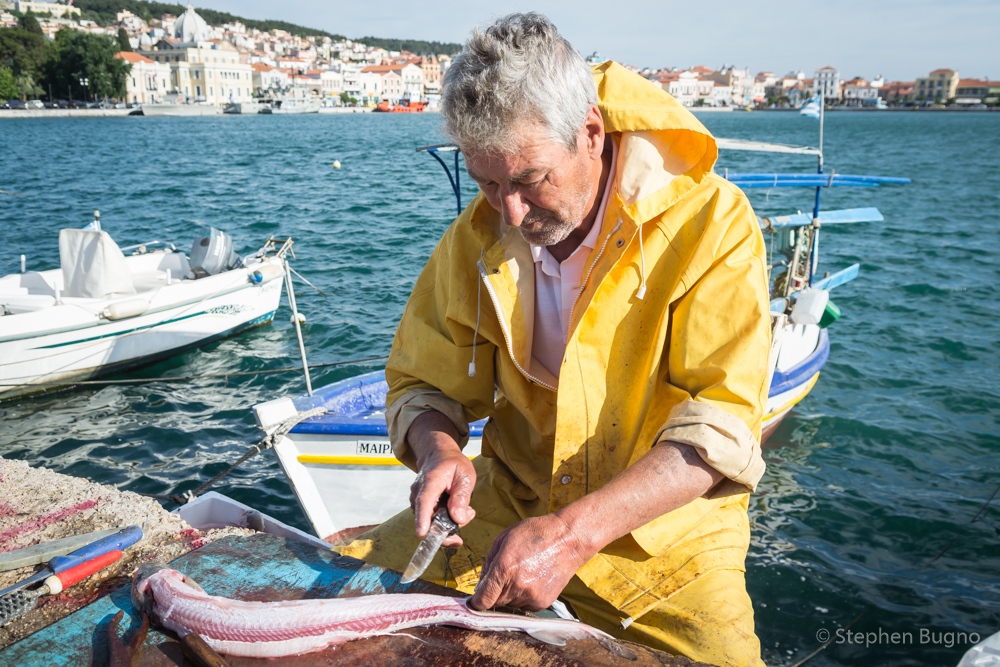 Sure Santorini and Mykonos are beautiful and famous. But their popularity has led to overcrowding and a lack of local life on parts of those islands. The best thing about Lesvos is the lack of mass tourism and the way local culture thrives. There’s enough tourism to give the island a little economic boost but not enough to spoil what makes the island so charming. The fact that locals go about their regular business and lifestyle is one of the most enchanting aspects of traveling here. Locals don’t take their donkey to the market for picture-snapping tourists. They do it because that’s how they’ve always done it. 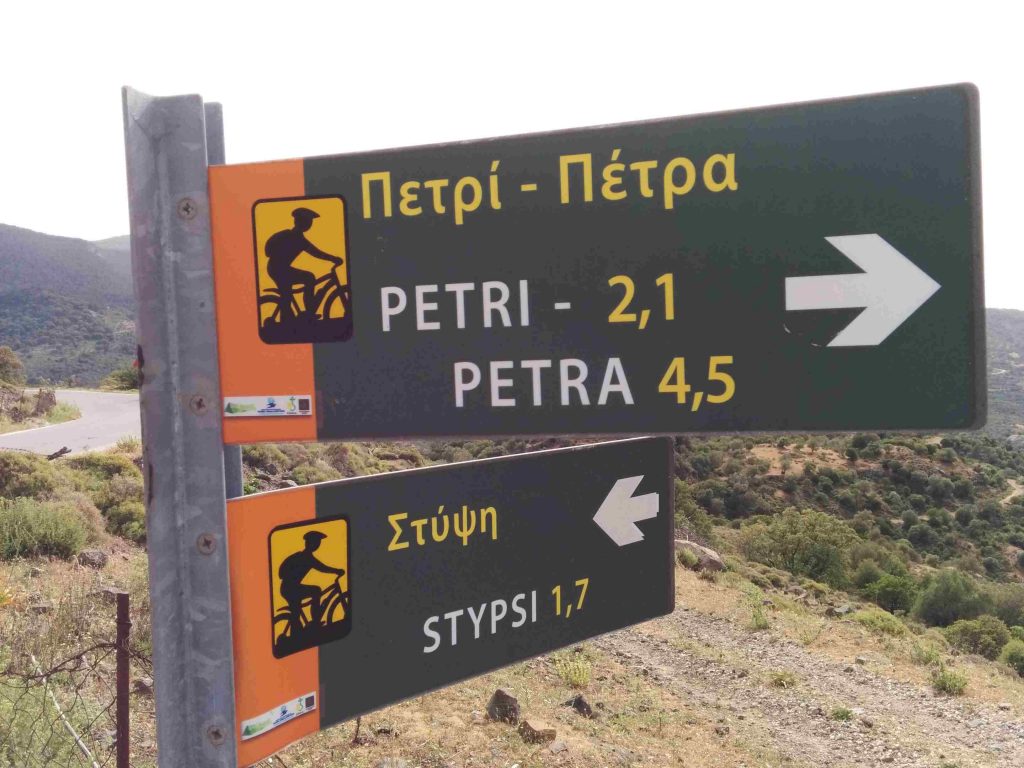 Walking and cycling on Lesvos allows you to experience the island at a different pace, and get a better appreciation of its culture, nature, architecture, and traditions all while keeping physically fit. Pine forests, vineyards, and olive groves await exploration. Magnificient views are common once you gain elevation. Walkers will relish the solitude of mountain paths and cyclists will enjoy back roads with few cars, stopping at the occasional village taverna for a meal. Plus there are several running and cycling events and races throughout the year. The whole of the island is great for cyclists and walkers but the region surrounding Molyvos and Mount Lepetymnosis is probably the favorite. 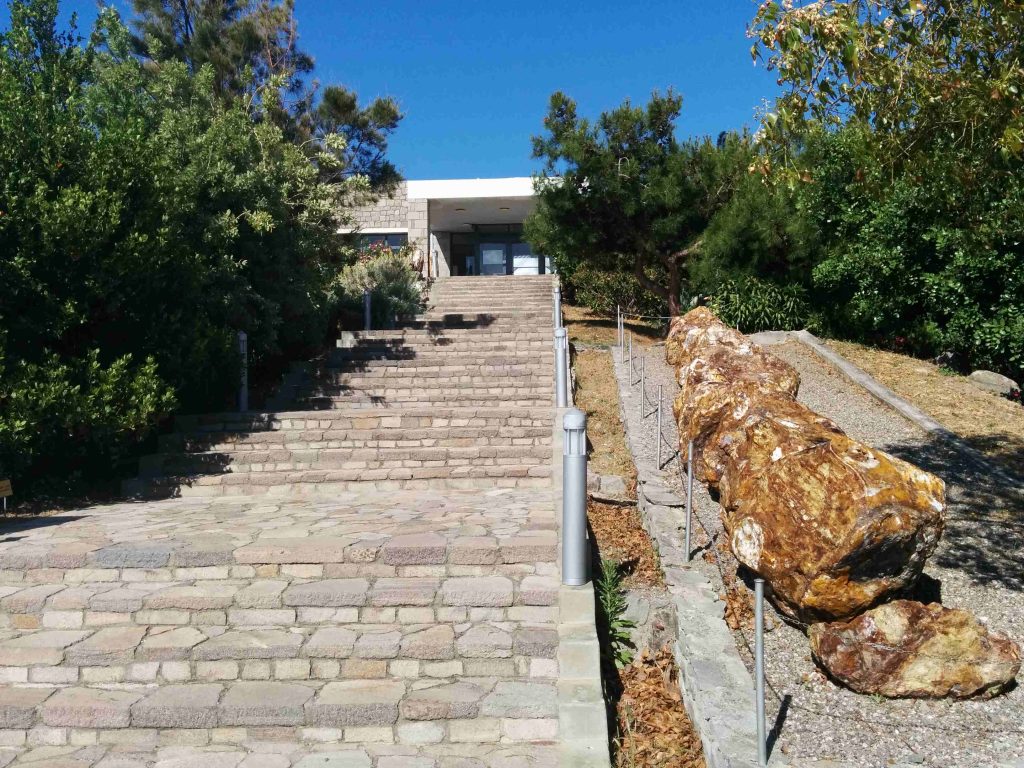 One of only two Petrified Forests in the World

The Petrified Forest of Lesvos is one of the most significant geologic heritage monuments in the world. Situated on the western coast of Lesvos, near the town of Sigri, is where visitors can look through a fascinating window back to pre-historic times. Intense volcanic activity created the Petrified Forest in this area of the Northern Aegean around 20 million years ago. The large number of standing petrified tree trunks and their fully developed roots systems show that the trees were petrified in their original position and have not been transferred to the location that we find them today. The Natural History Museum in Sigri provides an outstanding overview of the ancient geologic happenings on Lesvos and displays extraordinarily preserved specimens. The staff is really passionate and great with families. Of all the things to do on Lesvos, you shouldn’t miss this unique place. 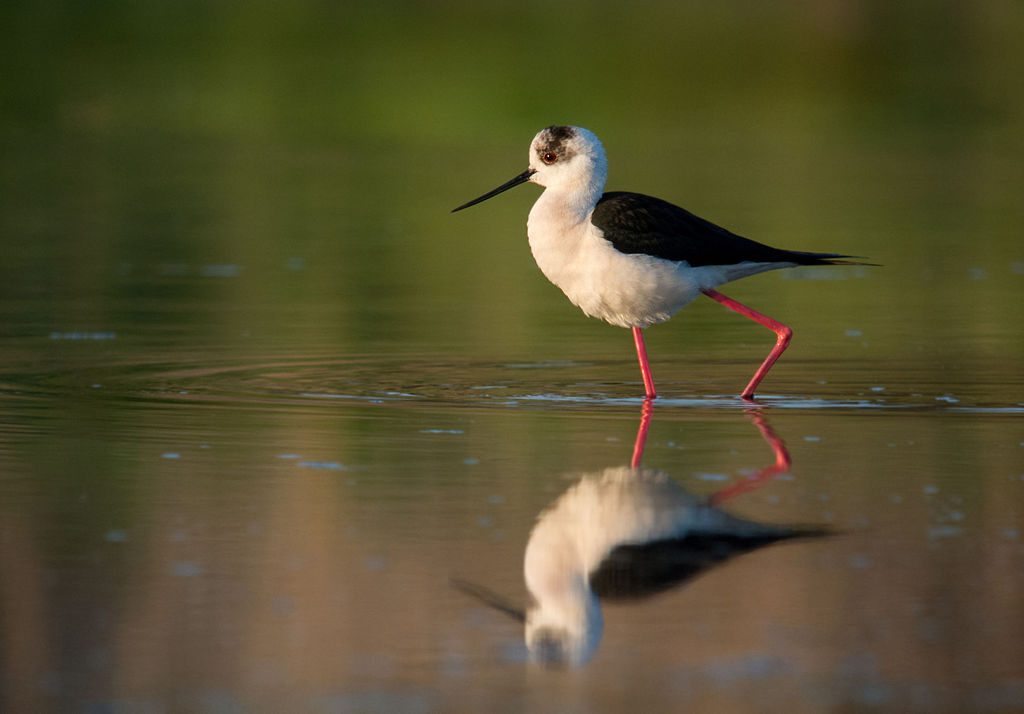 By Frank Vassen from Brussels, Belgium CC BY 2.0, via Wikimedia Commons

Non-birding enthusiasts might not know that Lesvos is one of the top birding destinations in Europe. Its rich wetlands (85 in total!) and various habitats make it a welcome stopping point for migrating birds in spring and autumn. The springs and river mouths, which remain wet year-round, keep some birds through the winter. Lesvos is home to unique species like the Kruper’s Nuthatch as well as those with limited ranges. More than 90 bird species have been recorded. Early April through May is when most birders visit Lesvos. Anywhere along the shores of the Gera or Kalloni Gulf is a good spot for birdwatching. 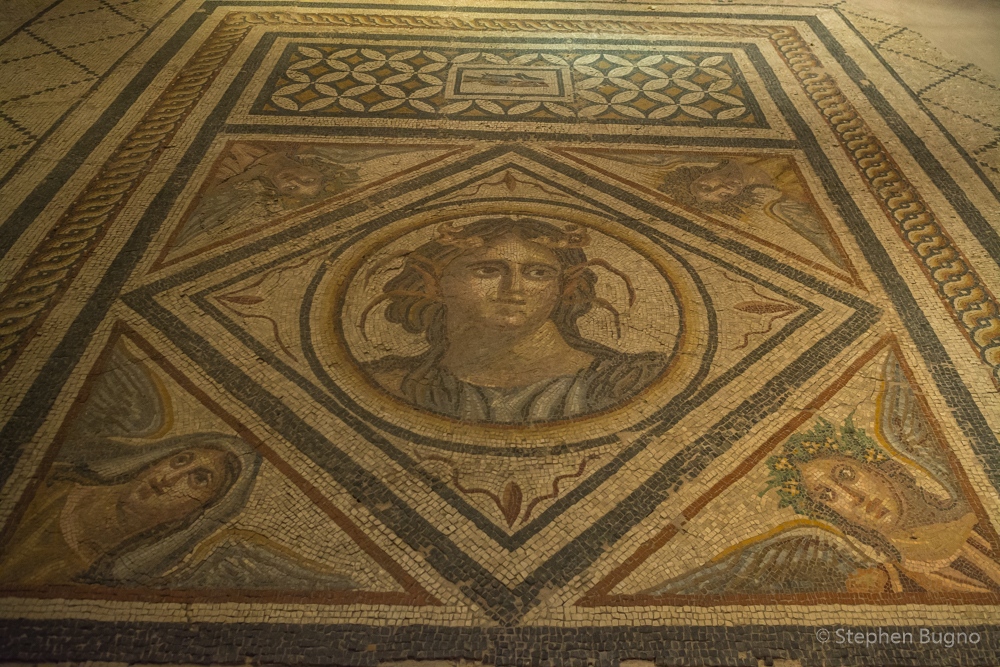 The island of Lesvos has been occupied since ancient times. It’s got castles, the ancient theater of Mytilene, the temple of Klopedi, the Messa sanctuary, and the Roman Aqueduct of Moria. The museums are a great place to begin learning about the history here. The Archeology Museum in Mytiline is separated into two parts. The old building houses excavations of the famous prehistoric settlement at Thermi, as well as exceptional column capitals from the island’s celebrated Aeolic temples. The new building presents the historical course of Lesvos from the 2nd century BCE till the 3rd century CE, featuring mosaic floors of Roman villas, everyday objects, and religious statues. For an accessible, first-hand look at the region’s history, walk through the ruins of Mytilene Castle. 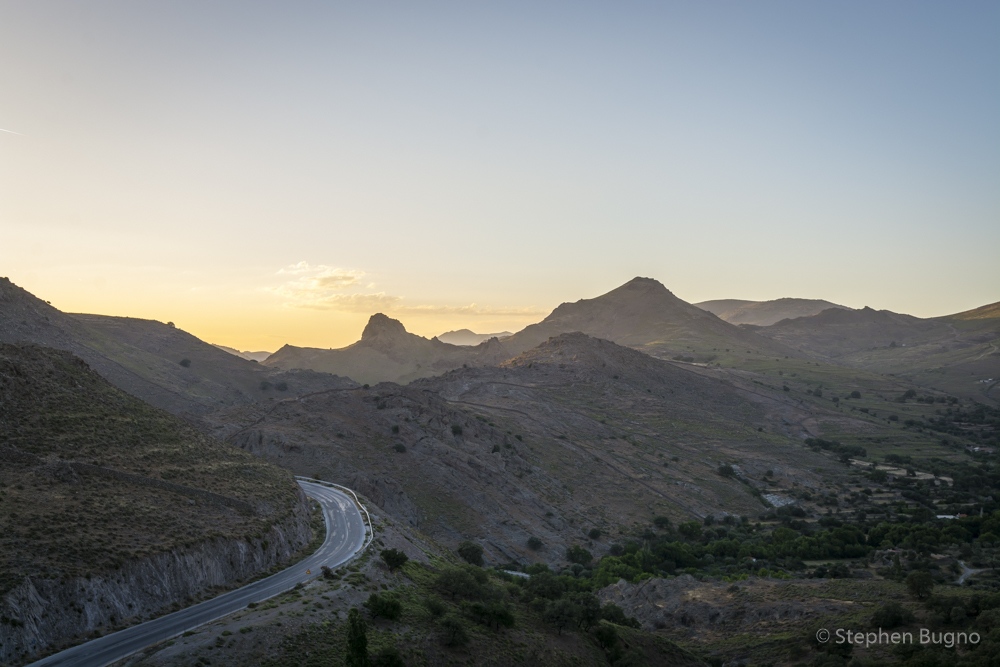 Lesvos is not a big place, but compared to the rest of the Greek Islands, it’s the third-biggest after Crete and Euboea. That makes it big enough to tour by car in a few days or by bicycle in a week or two. If you live in a big city, you’ll be glad to see the lack of traffic in Lesvos and ready to embrace the slow pace of life here. There is a simple beauty to the landscape of this island. Olive-covered hillsides, winding roads to far-reaching villages, and natural coastlines all contribute to the allurement of Lesvos.

I would never have thought about hot springs being on Greek Islands, so I was pleasantly surprised to learn of Lesvos’ four hot springs. Soaking in hot mineral water is a rejuvenating experience, one that helps both my mind and body achieve relaxation. Lesvos is a brilliant place for more opportunities for those seeking wellness. The overall relaxed pace of life is a good start. But there is a unique energy on Lesvos, one that has attracted spiritual seekers, yoga practitioners, and artists from around the world. The tranquility helps for meditation and focus. Molyvos and Eressos are centers of wellness and spirituality. 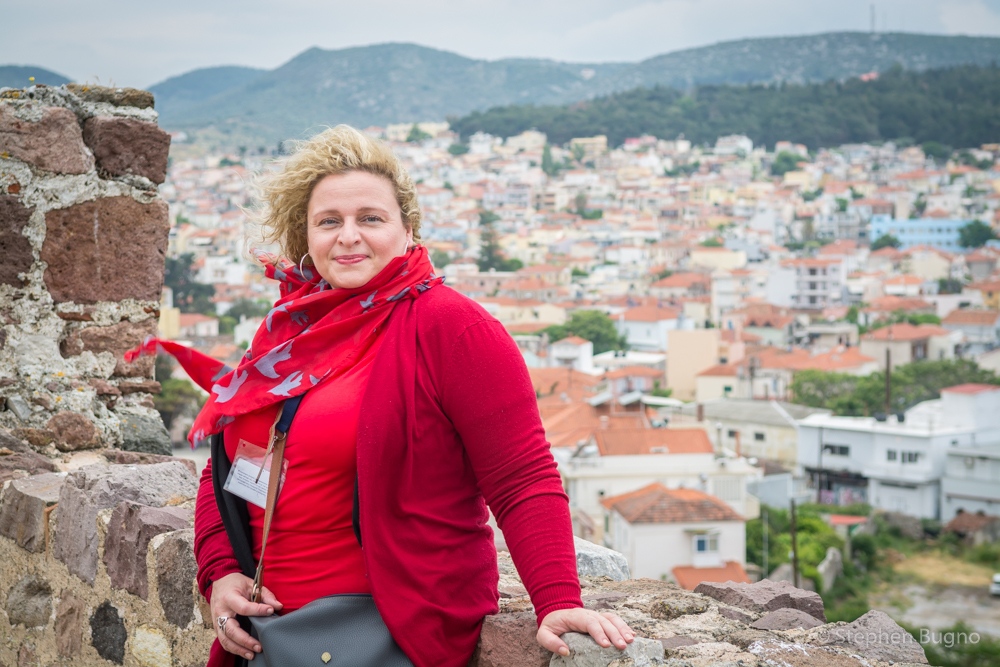 The people of a place usually make it or break it, and in the case of Lesvos, it’s the residents of this island that make it special. Two volunteers who spent 2015 helping refugees and migrants were honored with Nobel Peace Prize nomination. Many of the residents of Lesvos today were once refugees themselves when they were expelled from Turkey during the Greek Genocide (1914-1922). Besides their generosity and compassion, the people of Lesvos are friendly and easy going on a whole. They’ll stop to chat or help with directions. Unlike some tourist destinations, their encounters arent based on a potential financial gain in mind. They’re just nice because that’s their nature.