Your Guide to Budapest’s Thermal Baths

A Digital Nomad in Budapest

A Guide to Budapest’s Thermal Baths

Budapest is known for its thermal baths. Humans have been exploiting these mineral-rich waters for health, relaxation, and enjoyment for centuries. The thermal waters were first utilized by the Romans. They had over 15 baths built and the foundations can still be seen today. Centuries later, the Ottomans also made use of the healing waters during their 150-year rule and at least two of Budapest’s baths date from this period.

Today tourists and locals alike visit the city’s many baths. For visitors, it is a chance to not only follow the locals’ lead but soak in historic monuments and rejuvenate their health while they’re at it. 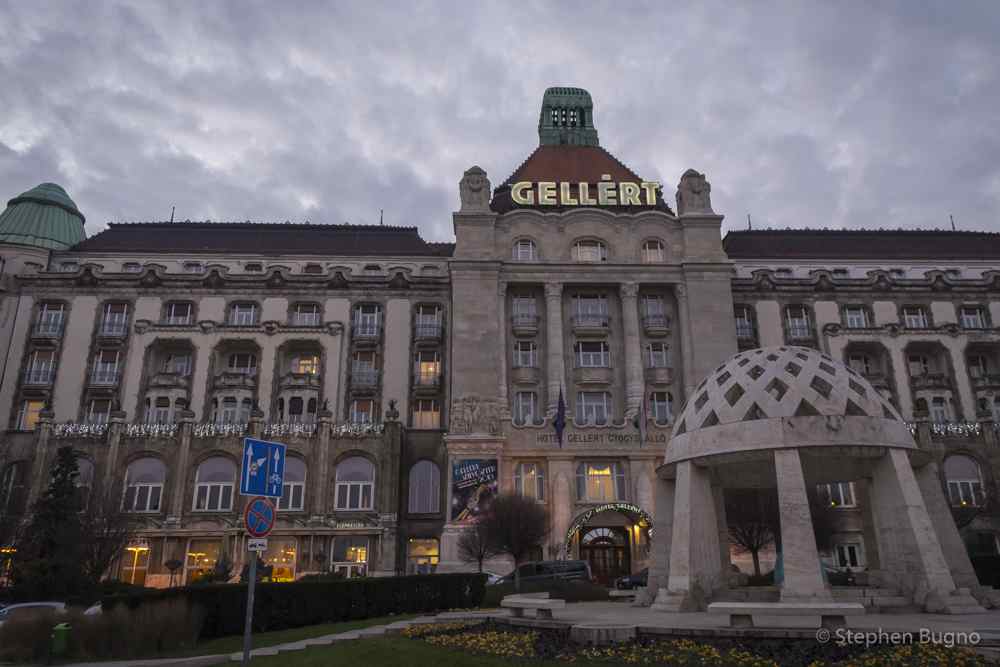 Budapest is one of the highlights of Central Europe. I just spent a few weeks living there, using the city as a digital nomad base. It’s got a blossoming food scene and lots of hip bars all while in the shadow of grand buildings, elegant bridges, a castle on a hill, and these revitalizing thermal baths. A great city for walking as well. I’ve been there a few times in the last couple years but wanted to return for a longer stay this time, allowing me a chance to experience more of Budapest’s Thermal Baths.

Budapest is easily accessible by rail and regular trains arrive from Vienna, Bratislava, and Bucharest, as well as from cities around Hungary, like Gyor, Eger, and Kecskemet. 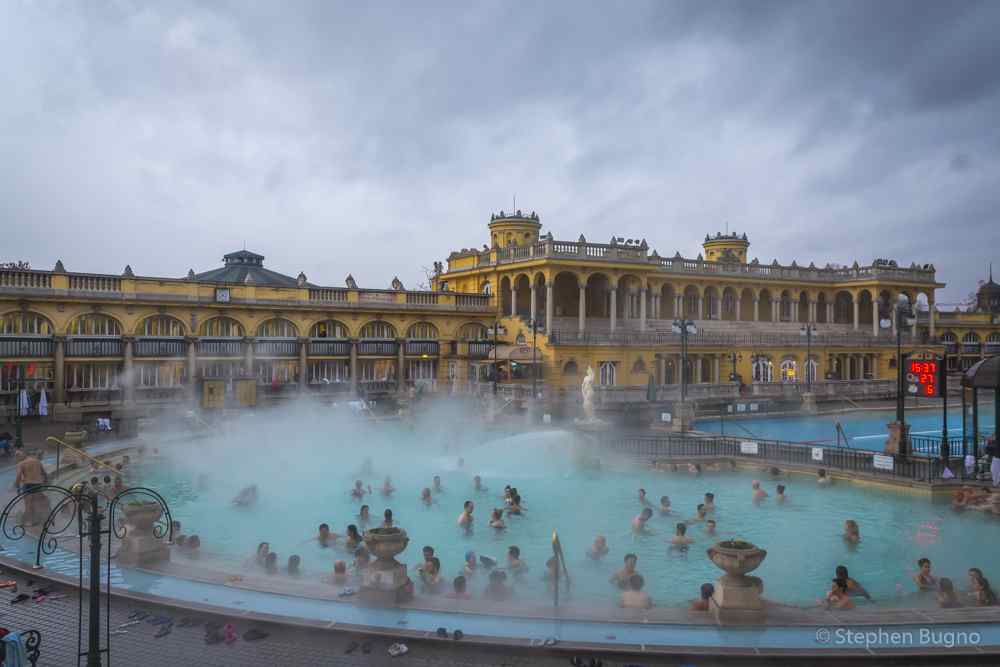 Szechenyi are the most popular of Budapest’s Thermal Baths and may be the largest spa complex in Europe today. Despite this being the number one attraction for tourists in the city, it is also a place that locals regularly use. The complex is huge and includes 10 indoor thermal pools, two cold pools, and various outdoor pools for exercise and relaxation. Bathing outside in the winter is especially atmospheric with the rising steam and gorgeous architecture.

Szechenyi were the first baths to be built on the Pest side of the river. It was constructed in a modern Renaissance style between 1909 and 1913. The water is sourced from over 1,200 meters underground, the second deepest in Budapest. Szechenyi is located in City Park.

Best for: If you’ve only got time for one bath in Budapest and you don’t mind it big and busy.

If you go: Entry costs 4,900 HUF (16 Euro)  for the day (includes locker). Hours 06:00 – 19:00. Szechenyi Thermal Baths are located in City Park and assessable by public transport via metro line 1 (yellow line) from Vörösmarty square as well as M1 (Millennium Underground) line of the Budapest Metro) or by trolleybus 72. 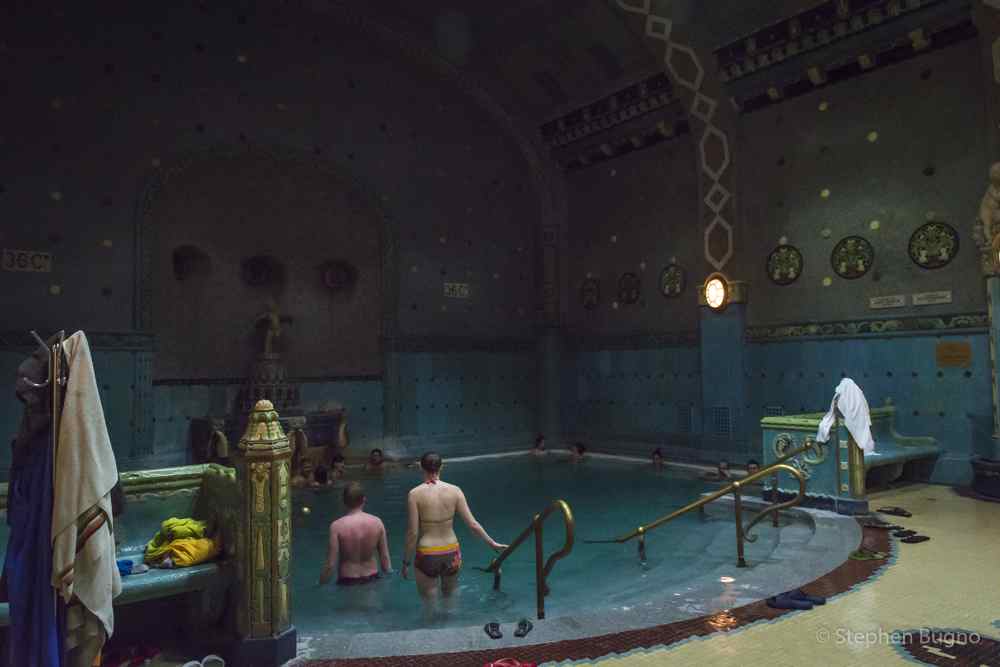 The St. Gellert Thermal Baths were opened to the public in 1918. Built in the Secessionist (Art Nouveau) style, the hotel and spa complex feature ornate sculptures and gorgeous wall, ceiling, and floor mosaics. Don’t miss the main hall with its gallery and glass roof, which is open to the public. Interior design and architecture aren’t the only reason to visit. The primary attraction is the medicinal water.

St. Gellert Thermal Baths are Budapest’s poshest. To experience the elegance, history, and swankiness of Budapest first-hand, go here. The four thermal water pools range in temperature from 35-40 degrees Celsius, and there are cold immersion pools, swimming pools, outdoor pools and thermal baths, as well as steam rooms and saunas. Soaking outdoors in the winter is especially invigorating. Plan a few hours for your visit.Best for: Those looking for the most refined and elegant experience. 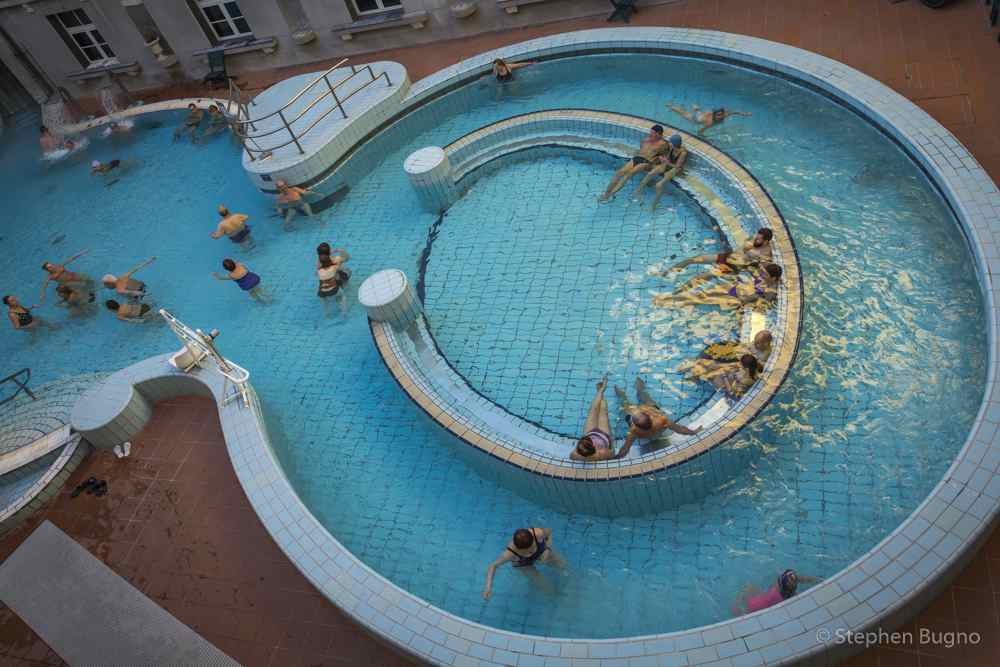 The waters of St. Lukacs have been treating visitors with diseases for centuries and are still believed to be the most effective of Budapest’s thermal baths for treatment. They were first exploited by orders of the Knights Hospitallers and the Maltese Knights in the 12th century. They were also a favorite of the Turkish Grand Vizier during the Ottoman occupation. The whole complex has three indoor thermal pools, one cold pool, two swimming pools outside, and many other wellness pools in addition to a steam room and sauna.

Best for: Those looking for a real medicinal experience or those with Budapest Card (free entry). 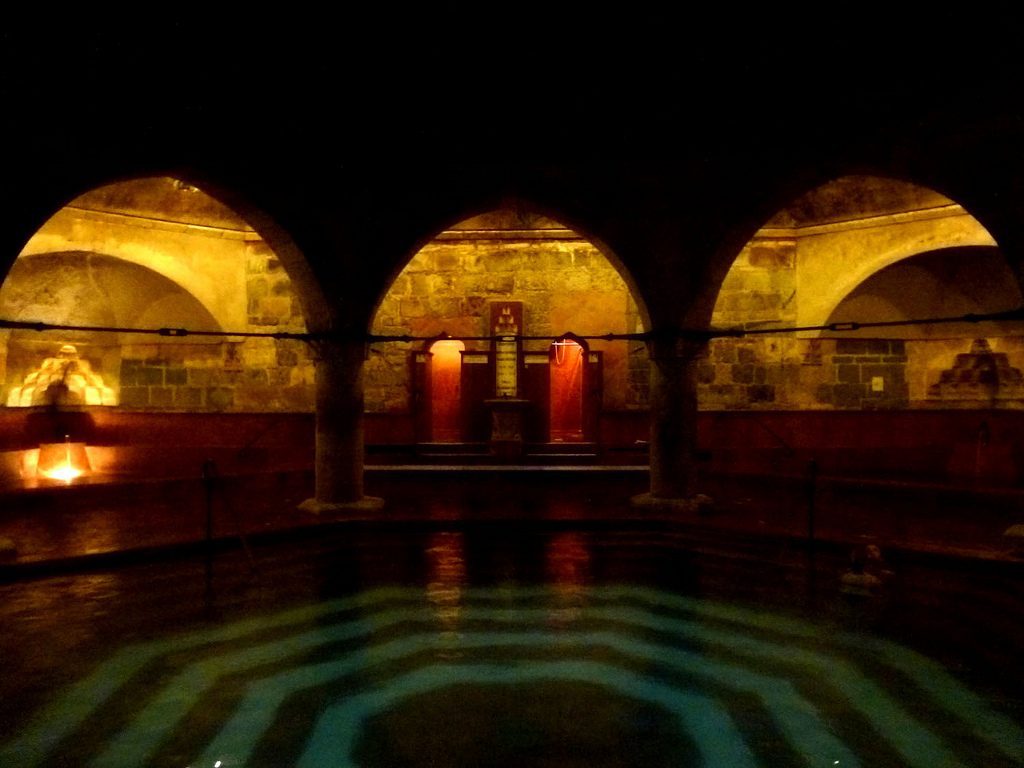 The central part of Rudas Thermal Baths date from the 16th century. These nearly 500-year-old domes were built by the Ottomans. Since 1936 the baths were only open to men, but after reconstruction in 2005, women were invited on Tuesdays and weekends. Besides being the only baths to involve nude bathing (same-sex, during the week only), Rudas are also the only baths open at night (22:00-04:00). In addition to five thermal pools and one cold pool, there is a swimming pool and others in a wellness section as well as steam chambers and a Finnish-style sauna.Best for: Those looking for a real Ottoman-era experience (which includes nude bathing on weekdays). 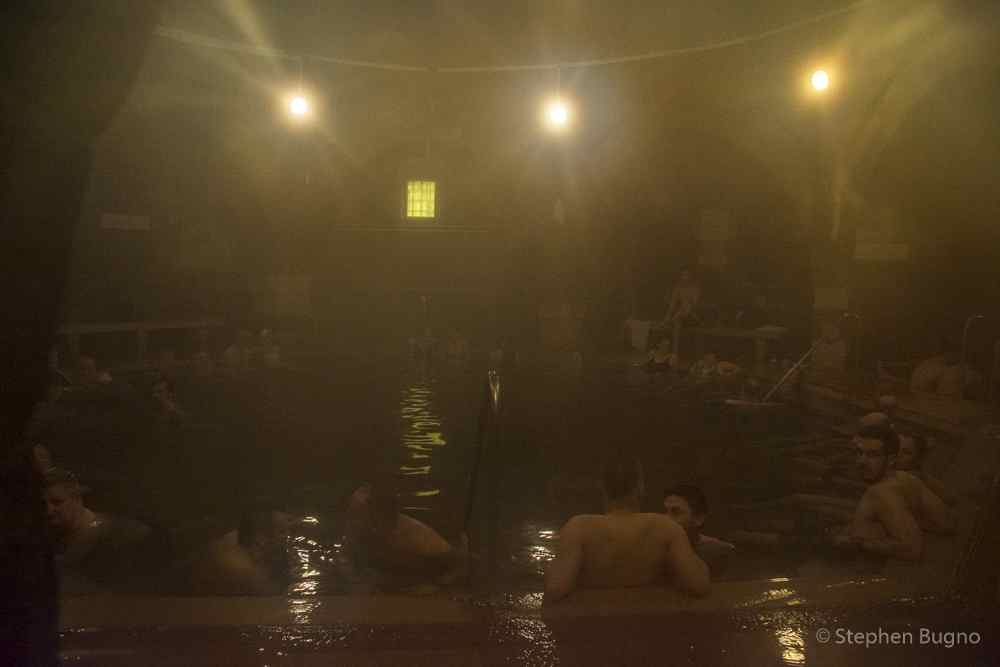 The Kiraly Thermal Baths are another Ottoman construction dating from 1565. The Kiraly Baths never had their own thermal water supply, but rather got it piped in from Lukacs. This was to ensure bathing within the walls even during a siege. Although it has fewer pools (three thermal pools, one cold pool, steam room and sauna), Kiraly is high on atmosphere in the low-light space under the ancient dome.

Best for: Those on a tighter budget or smaller time-frame who want an atmospheric Ottoman-era soak.