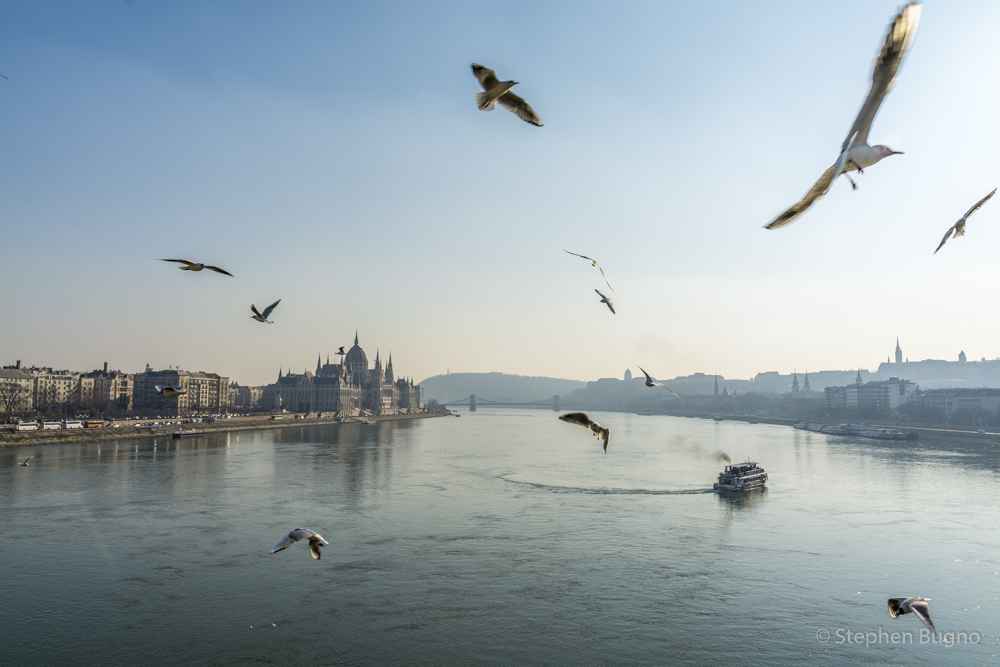 Budapest is a city to spend a few days in. I only had one morning…which I gracefully dragged into an afternoon. The city was so beautiful on a February afternoon, that I couldn’t pull myself away. I was supposed to to be moving on to Kecskemet to see some of its Art Nouveau architecture, morning market and enjoy its small-city feel, rather than big city Budapest. But the thing was–I was enjoying big city Budapest.

The first thing you’ll notice about Budapest is how grand everything is–the apartment buildings, the bridges, the government buildings, churches, and synagogues. Michael Fraiman covered this in What it’s like in: Budapest. 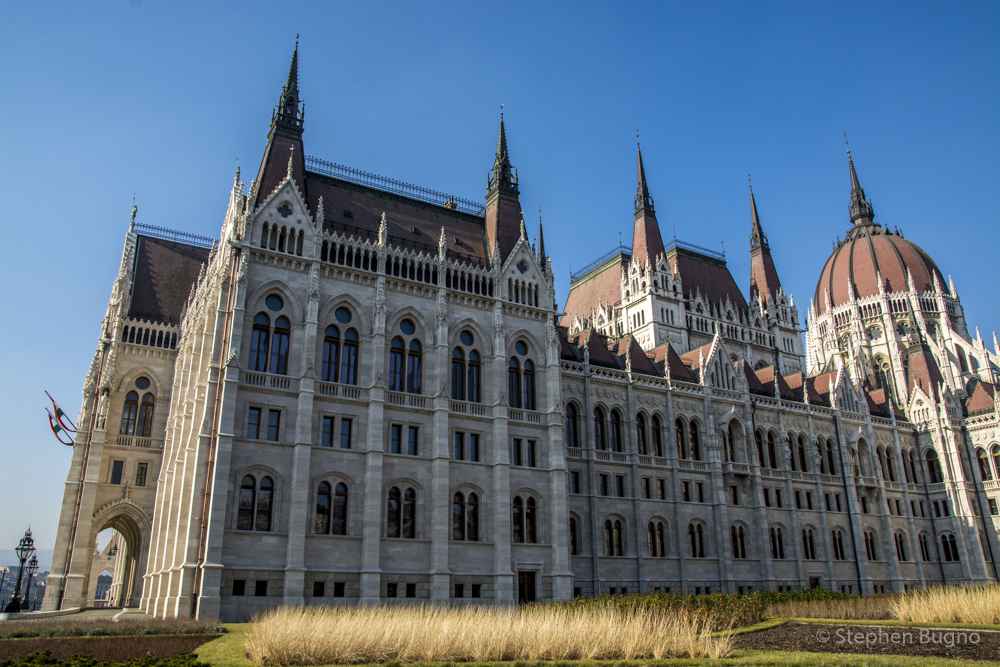 I arrived early at Keleti Station and had a plan to find good Jewish food and then get a cup of coffee to warm up. A bagel was the best I could find, and I followed that with an assent of St. Stephen’s Basilica. This yielded a view over Pest rooftops and far across the river to Castle Hill and Buda. Then I walked along the river past the Hungarian Parliament Building. This huge elegant building can be better appreciated from Margaret Bridge, where I met a cyclist who had stopped to feed pigeons. Though I’d be more accurate to call him a bird feeder who cycled his way to this majestic view. This wasn’t his first time feeding birds. 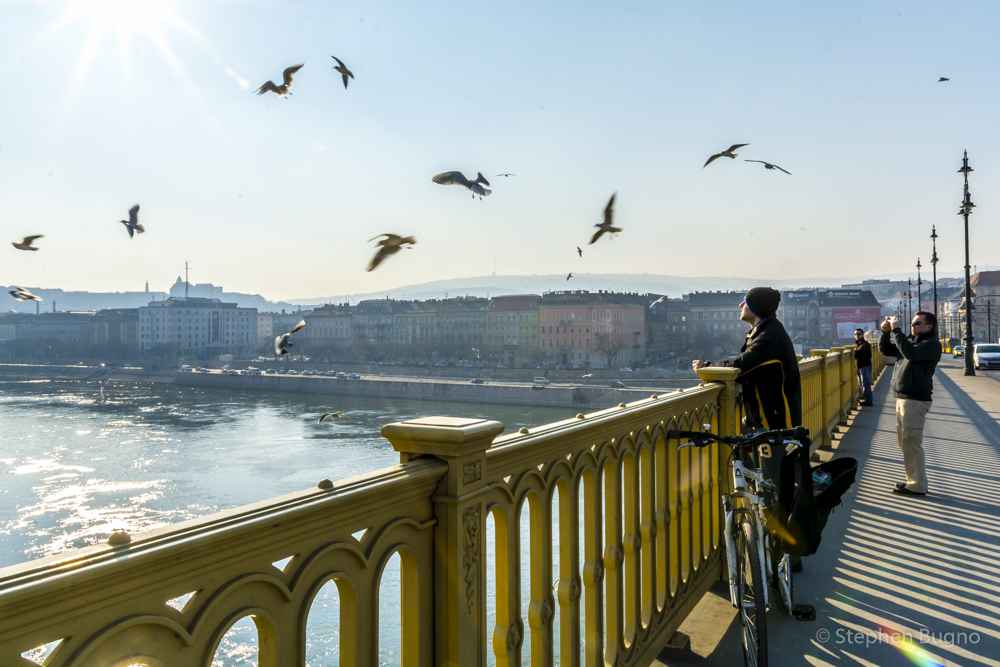 I was headed in the direction of the Kiraly Medicinal Bath. Budapest is famous for its thermal waters and I had been eager to visit one for a number of years. The facilities at Kiraly were built (inside the city walls) by the Turks in 1565 to ensure the opportunity for bathing even in the case of an eventual siege. It has the look and feel of an old Turkish bath and I spent a couple hours in the mineral-infused water soaking and rejuvenating. When I reentered the city I was ready for the short metro ride and rail transfer for the hour-long trip to Kecskemet.

But first I’d have one last look at the Parliament Building, this time a straight-on view from Batthyány tér metro station.

More photos from my walk around Budapest Keleti is both bustling and serene in the morning.

The view over to Castle Hill and Buda.

St. Stephen’s Basilica offers the chance to see over the rooftops of Pest. Resting for a cup of coffee on a cool morning in Pest.

A street kiosk in Budapest.

Inside the Kiraly Medicinal Bath, built by the Turks in 1565.

One last look at the Parliament Building from across the Danube River.