Why I’m going to Australia 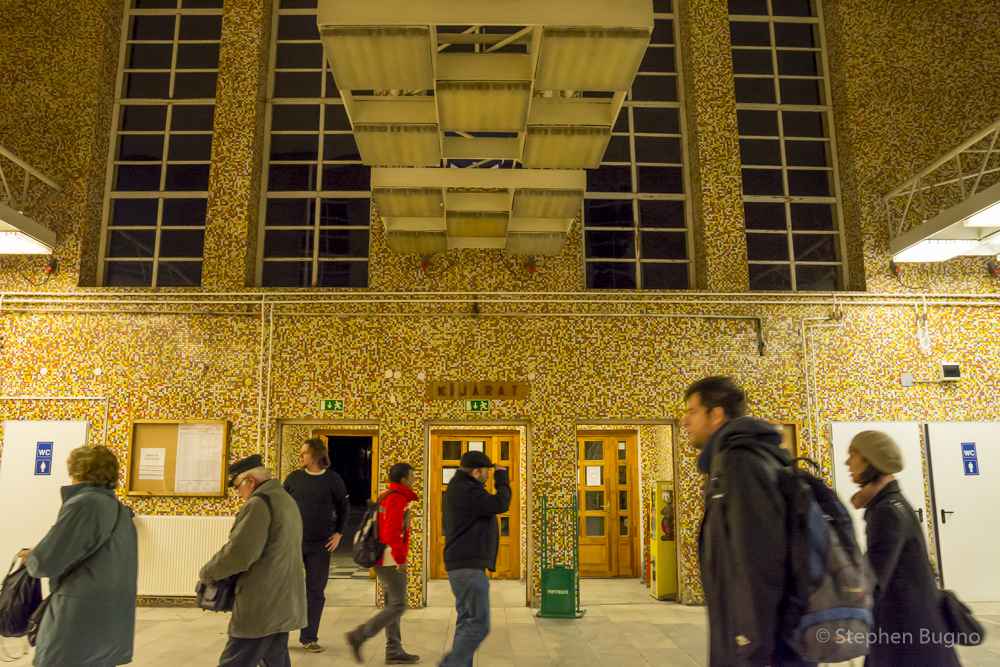 Kecskemet, Hungary is one of those places where residents seem especially pleased and grateful that you’ve come to their city. It’s not exactly on the beaten path, but isn’t terribly inconvenient to reach, either. Several people I met there asked me where I was from and then smiled. Then they congratulated me on my journey as if it were the most extraordinary achievement.

Why did I go to Kecskemet?

I liked Kecskemet, but it also felt odd to me. When I arrived on a Saturday night the streets were weirdly empty. But it could have just felt that way because the streets are so wide. The city has a wild west-like street layout, with building set far apart, and a bunch of churches scattered about. The reason I came here is because the description in the guidebooks told it to be a pleasant city with nice architecture. The buildings are nice, no doubt about that. And I do enjoy small cities. But more than once while I was there I had to asked myself “Why did I come here?” 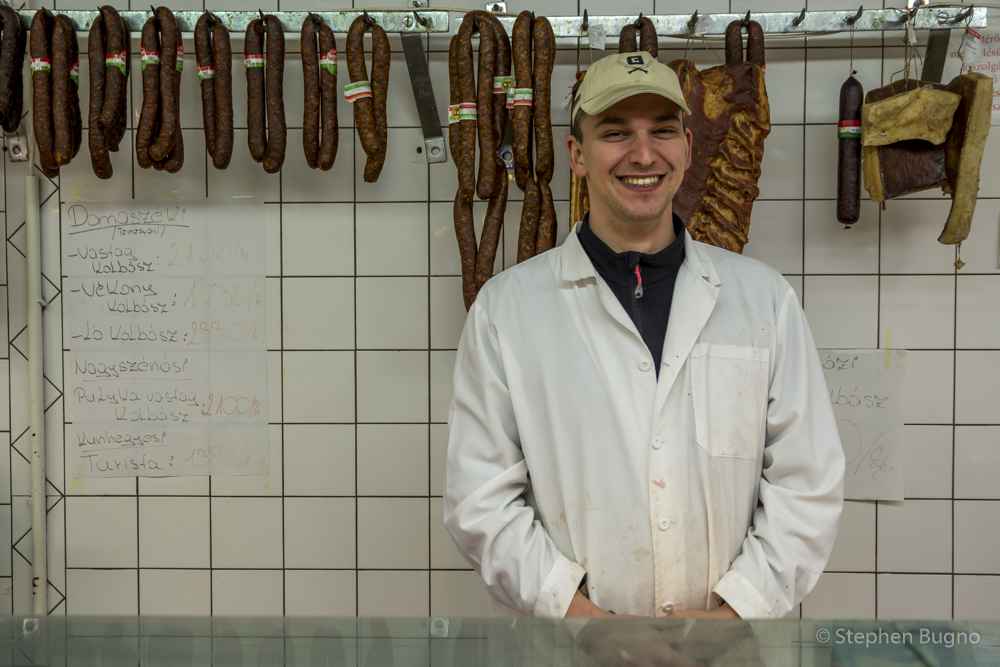 First I’ll say that Hungary is an oddity to begin with. Linguistically it does not fit in with its neighboring countries. As a Finno-Ugric language, Magyar, as it’s known, shares almost nothing in common with Romance, Germanic, or Slavic languages, all of which I can at least fake-speak with greetings and numbers. In Hungary, I am linguistically clueless. I couldn’t even remember the word for “thank you” after asking locals several times.

In Kecskemet, people I ran into were friendly and thoughtful. They seemed to care about me as if we were in a small rural town or village. This I appreciated as a traveler. I couldn’t say the same for Budapest. Hungary’s capital is filled with scammers and other cheats looking to take advantage of the millions of tourists that come through the city every year. 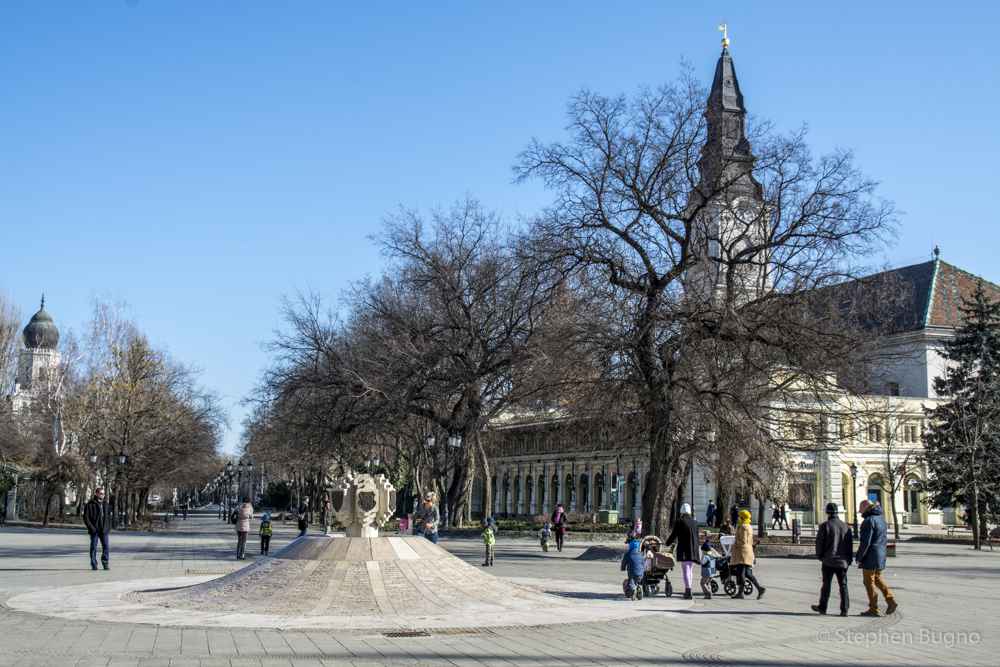 On that Saturday night in Kecskemet, I approached two food and drink vendors set up in the park. They had home-style Hungarian food prepared and mulled wine on offer. I ate some Töltött Káposzta (stuffed cabbage rolls) and drank a glass of wine in the old air, before finding my pension for the night. In the morning, I walked through the market and was clearly the only foreigner there. It was a Sunday and nearly all the museums were closed. But I did get to see all the buildings that Kecskemet was known for. 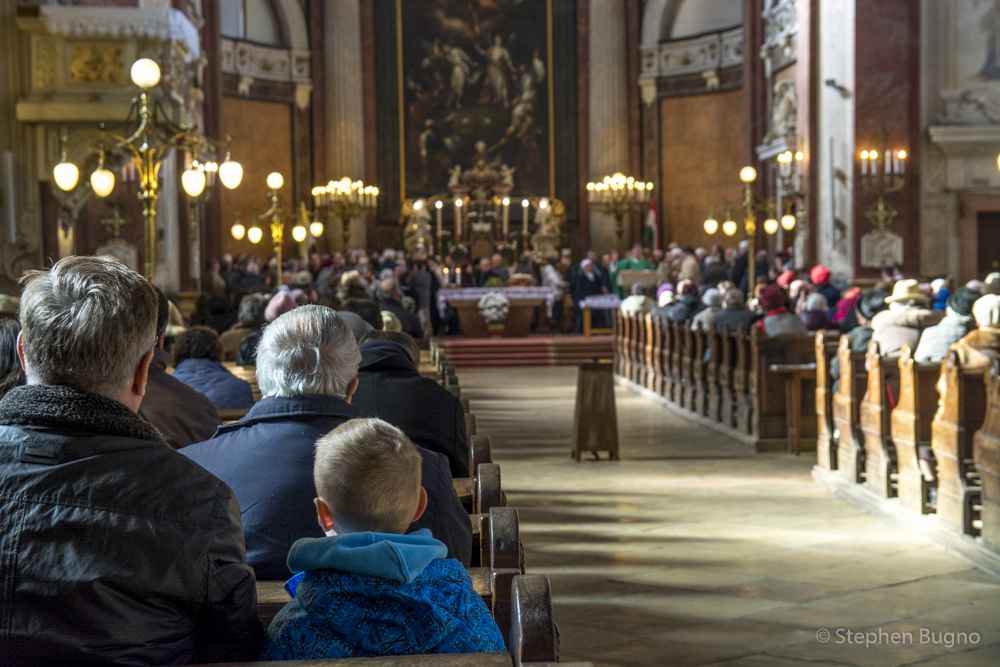 In the end, buildings don’t make a place, the people do. And the few people that I did meet, made Kecskemet a memorable place for me. The Cifra Palace is considered a masterpiece of Art Nouveau architecture.

Despite being late winter, there were plenty of goods for sale at the Kecskemet morning market. These are the pickled vegetables.

Hungarian sausage is famous around the world–much of it uses the classic Hungarian ingredient: paprika! Nuts are an easy, nutritious snack for any traveler. The Calvinist Church was built in the Baroque style in the 1680’s. The Kecskemet Town Hall is considered a pearl of Hungarian Art Noveau. I stopped into the Franciscan church and saw a Baptism being performed.

Kecskemet’s railway station is a 5-10 minute walk from the center of town.