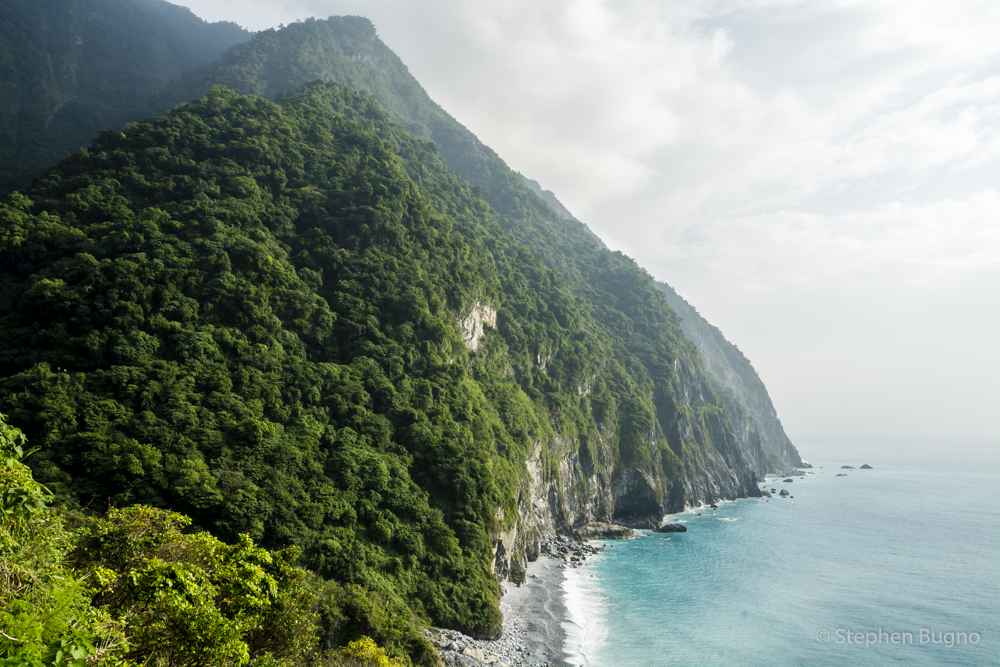 I expected to like Taiwan. I had heard enough about the food and how friendly the people were. So I was optimistic upon arrival. I have not been disappointed yet.

I scored a great flight deal on AirAsia from Malaysia, but know that budget flights fly from Hong Kong, South Korea, and beyond. Taipei’s airport is modern and convenient. I didn’t linger, but while walking through I found plenty of free Wi-Fi and multiple stations to charge phones and other electronic devices. Catching onward transport from the airport couldn’t have been easier. There are trains and multiple public bus lines. I bought a ticket for $125 NTD ($4 USD) and forty minutes later I was at Taipei’s Central Station.

It was a Sunday, but still I was surprised by how sedate Taipei was. From the bus window, I saw a clean, orderly city with more independent storefronts than international chains. However, my time in Taipei would be short lived that day. I met my friend at the station and got a bus/train combo ticket to the city of Hualien on the east cost. 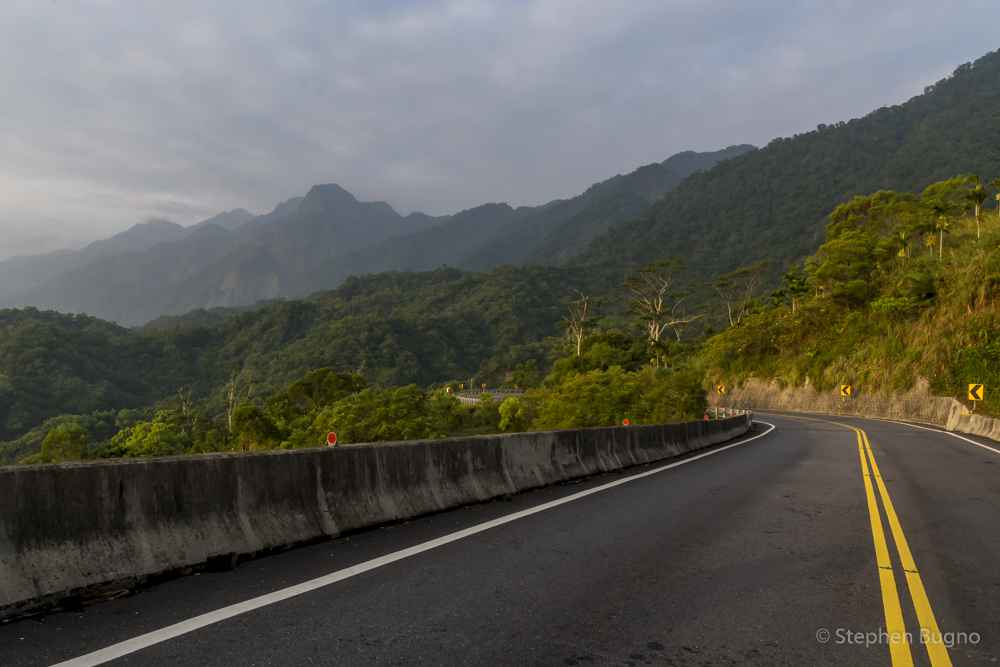 The highways running up the east coast offer splendid scenery. Rent a scooter and go!

Scenery along the Way

Taiwan is a beautiful country with some seriously big mountains. Jagged cliffs and forest-covered mountains dove right into the Pacific Ocean as our train made its way in and out of tunnels down the east coast. I was surprised by the undeveloped land and by just how beautiful this country is despite its small size and high population density. We passed by the opening to the famous Taroko Gorge which we would explore more in depth the next day. 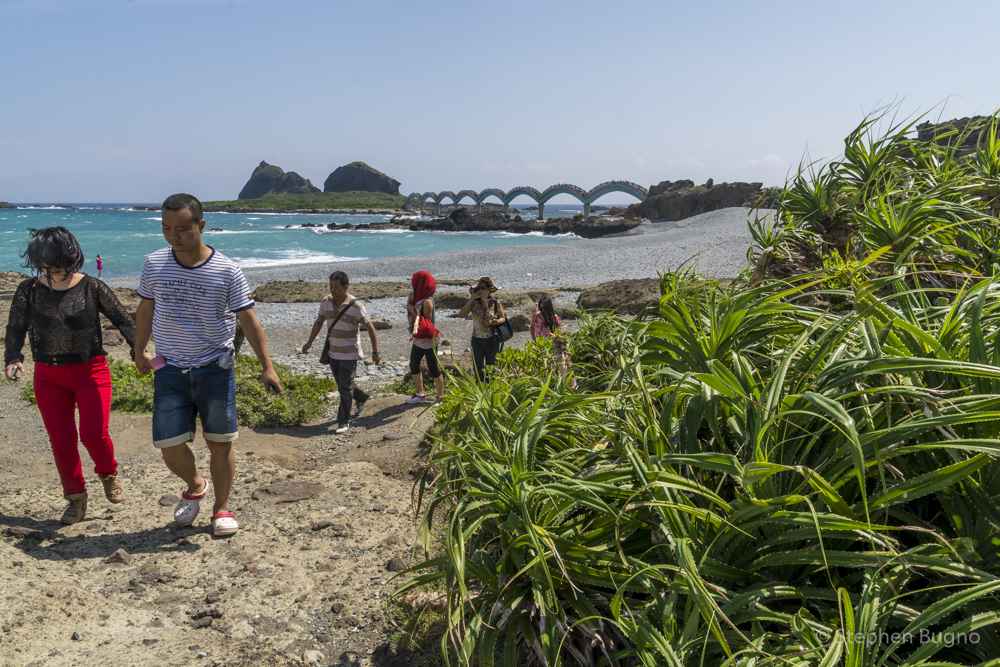 There are plenty of off-the-beaten path stops along the way.

People are different than Mainland Chinese

Any westerner that visits mainland China is at first taken aback by the abrasive loud voices of the Chinese and the way they practically scream in to their cell phones. Even more startling is the habit of spitting on the street and excessive smoking everywhere. Taiwan couldn’t be more different. People are calm, well-mannered, and very friendly–at least those I met in the first two days were like this! 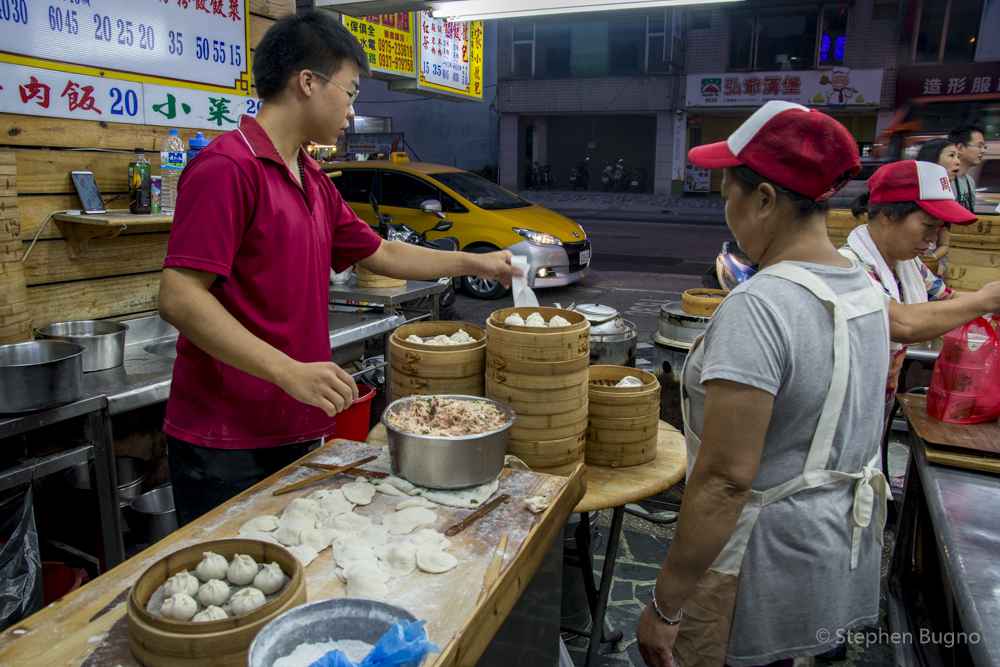 Dumplings are a specialty in Taiwan.

Taiwan has an impressive infrastructure. Those who visit can’t help but compare Taiwan to South Korea or Japan. Buses and trains are clean, speedy, and punctual. Roadways are adequate and in excellent condition. Public transport is frequent and deciphering the system here is much easier than in mainland China where English is difficult to come by. 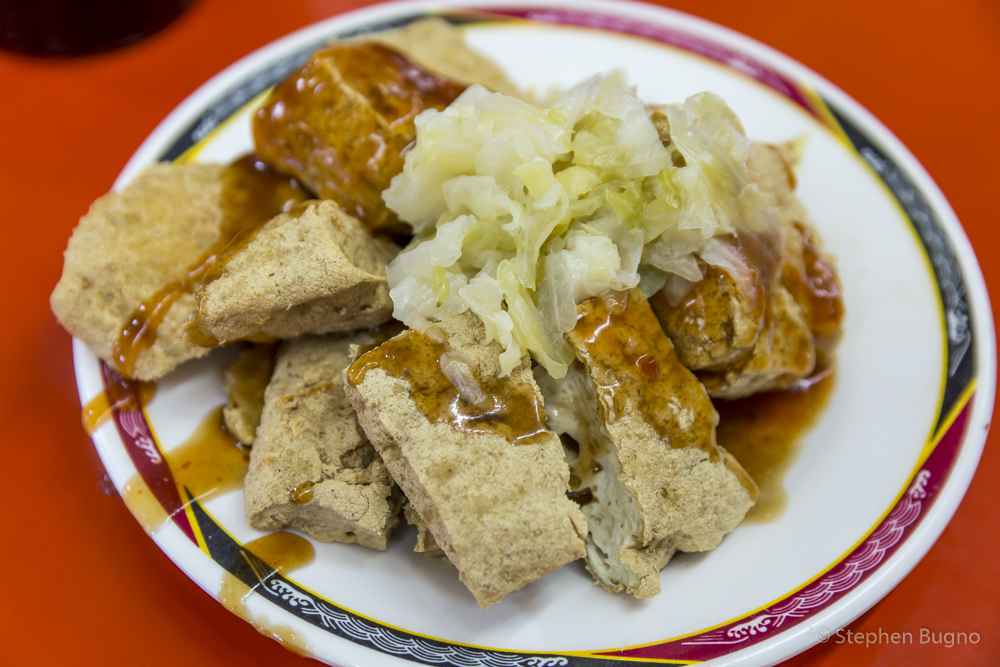 You can smell stinky tufu from a block away! But Taiwanese people love it!

My Malaysian friend describes eating in Taiwan like this: “This is like my Malaysia for you.” Point made. He can’t get enough of Taiwanese food. I’ve had lots of delicious food here already in my short time and it’s very cheap as well. Pork rice, beef noodles, pork and veggie steamed dumplings, and dan bing for breakfast. Portions are small so you can try multiple dishes in one night. I can’t wait to keep exploring the food scene here. 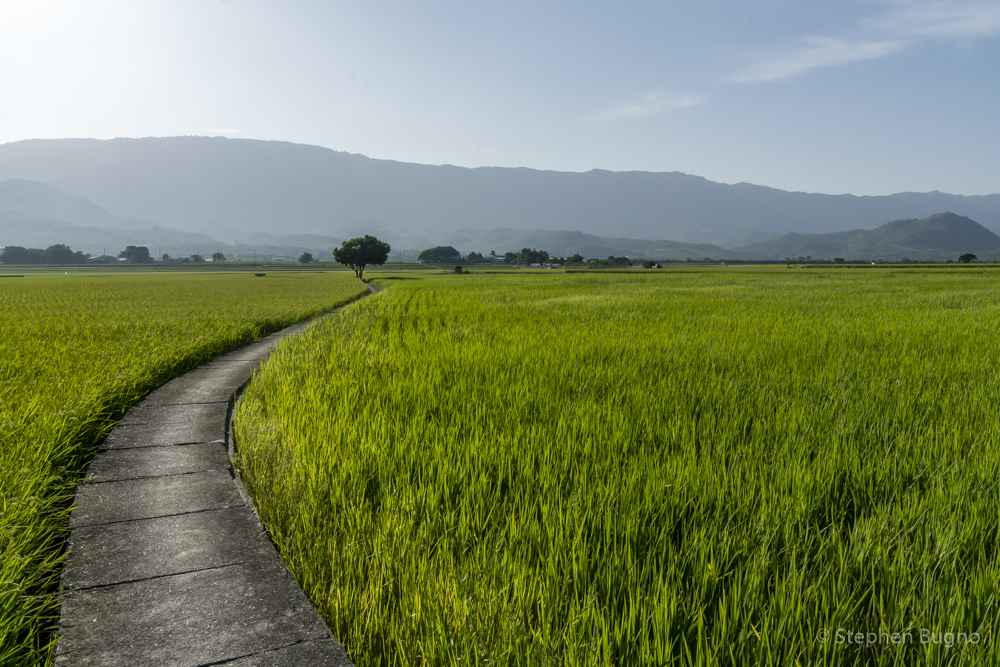 The rice paddies on the east coast are serene.

Dogs are cute and well-trained!

One quirky bonus about Taiwan if you like dogs–Taiwanese adore them. They are usually small and well-trained, and very friendly. To my untrained eye, most look like some kind of poodle variety or mix. A lot of shops will have a small dog or two sitting inside or outside. It makes you want to go into every shop to meet the dogs. 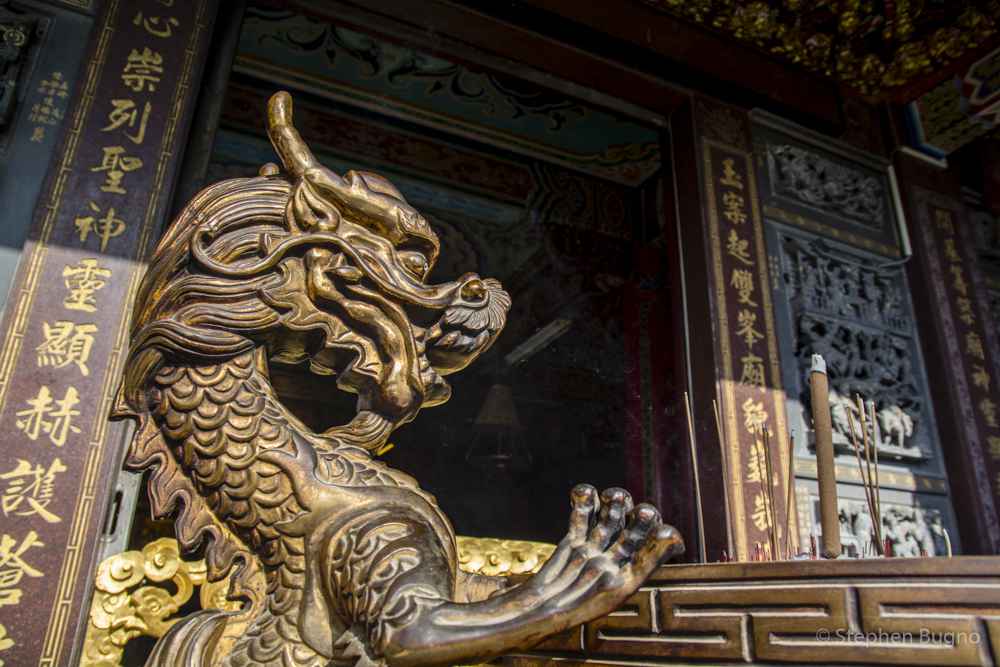 You’ll find temples all around the country.

After just a couple of days, my impression is that Taiwan is a great introduction to Asia. It has a rich culture and would be interesting for most travelers but without many of the hassles that plague travel to other Asian countries. There isn’t much crime here, the streets and eateries aren’t unsanitary, the pollution doesn’t seem excessively bad, hawkers and street peddlers aren’t constantly harassing you to buy something. In general, it seems that traveling here isn’t a hassle, rather the opposite. Transportation is convenient, food is delicious, and people seem friendly and low-key.

Travel with us! If you’re not quite ready to venture to Taiwan yourself, we would love to show you the ins and outs of this fascinating country. We’ll introduce you to all the best food, our local friends, and the secret spots that only Taiwanese know about. Read more about our Experience Taiwan Tour.