A Walk around Gyor Hungary 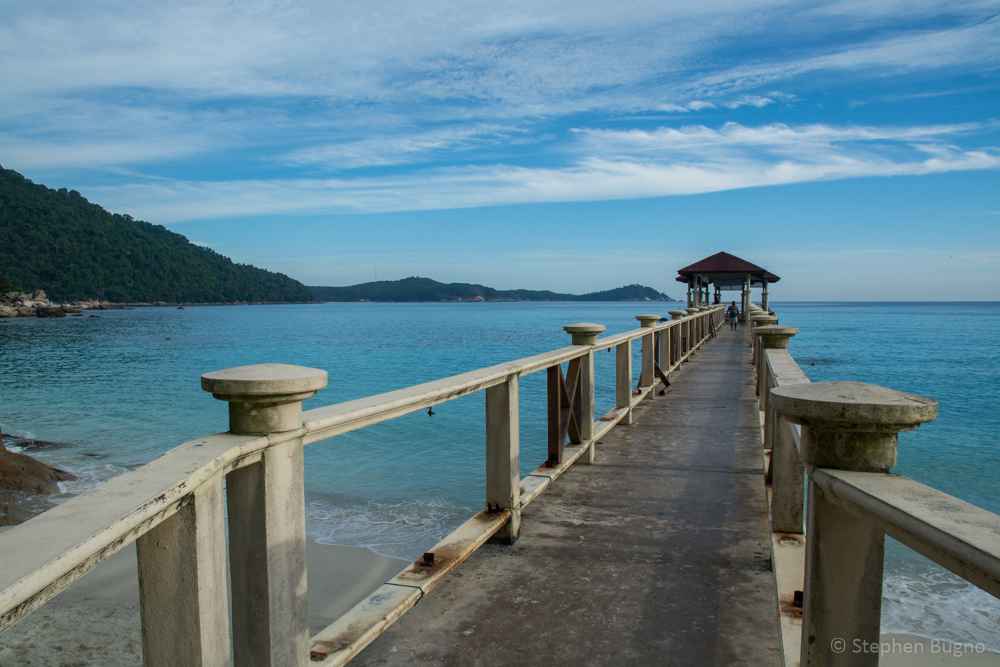 The Perhentian Islands offer an alternative to the crowded, booze-soaked islands of southern Thailand. Located about 10 miles off the eastern coast of northern peninsular Malaysia, the Perhentians are fringed by white sand beaches and crystalline waters. Just south of the border with Thailand, the two main islands of Perhentian Besar (Big Perhentian) and Perhentian Kecil (Small Perhentian), are part of the protected Pulau Redang National Marine Park.

We were treated to this sunset one evening on the Perhentian Islands.

My Visit to the Perhentian Islands

I was initially attracted to the Perhentians because of their reputation of being quiet islands with availability of cheap accommodation. I found both to be true. I visited in early July and should point out that the season for visiting is between June and October. The rest of the year the sea can be choppy, skies overcast, currents dangerous, and most accommodation closed.

The small island, especially around Long Beach has a reputation for being more of a party beach. Not exactly the full-moon party of Thai Islands, but for Malaysia it’s considered a party zone. My brother and I stayed at Mama’s Chalet (RM70 for a double, garden view) on the main beach on the western side of the Big Island. That beach isn’t all that spectacular, but the adjacent beach, reachable 10 minutes away by foot, is very nice. The food here is adequate, but not great, and is, of course, pricier than the mainland (RM10-15 for basic meals). But that is to be expected, you’re on an island. Also, beer is available at about RM8 per can. There aren’t really bars on the Big Island, just guest houses and hotels that have restaurants which serve beer.

Snorkeling, diving, swimming, and relaxing on the beach are the main ways to spend your time on the Perhentians. I got a lot of reading done and walked along the beach several times per day. If you’re feeling ambitions, there is a trail which leads you to the other beach, Teluk Dalam, in about an hour.

The coastline of the Big Island.

Snorkeling in the Perhentian, if you go to the right spots, is some of the best I’ve every done. About as nice as snorkeling off Malapascua Island in the Philippines and close to Komodo in Indonesia. Most guesthouses offer a short snorkeling trip (RM30) and a longer one (RM45). We took the longer one which went out to the “lighthouse”, Rawa Island, and Susu Dara Island. The coral was outstanding there as was the variety and numbers of fish. On the way back we stopped to see the resident sea turtle swimming in the bay. My first time swimming near a turtle in the sea! (Remember to snorkel responsibly and respect the wildlife: do not touch the turtles or fish.)

The white sand beaches of the Perhentian Islands: good for rest or taking a walk.

Getting to the Perhentian Islands

The Perhentian Islands are reachable by ferry from Kuala Besut. You can reach Kuala Besut from either Kota Bhauru and Kuala Terengganu. Although the islands are part of Terengganu State, they are slightly closer to Kota Bharu in the neighboring state of Kelantan. From Kota Bharu you can catch the local bus service (RM6) or get a share taxi, which nearly any guesthouse can arrange. From Kuala Terengganu, take any northbound bus and get off at Jerteh. Then continue from there another 17km by local bus.

The lighting in the distance never reached us.