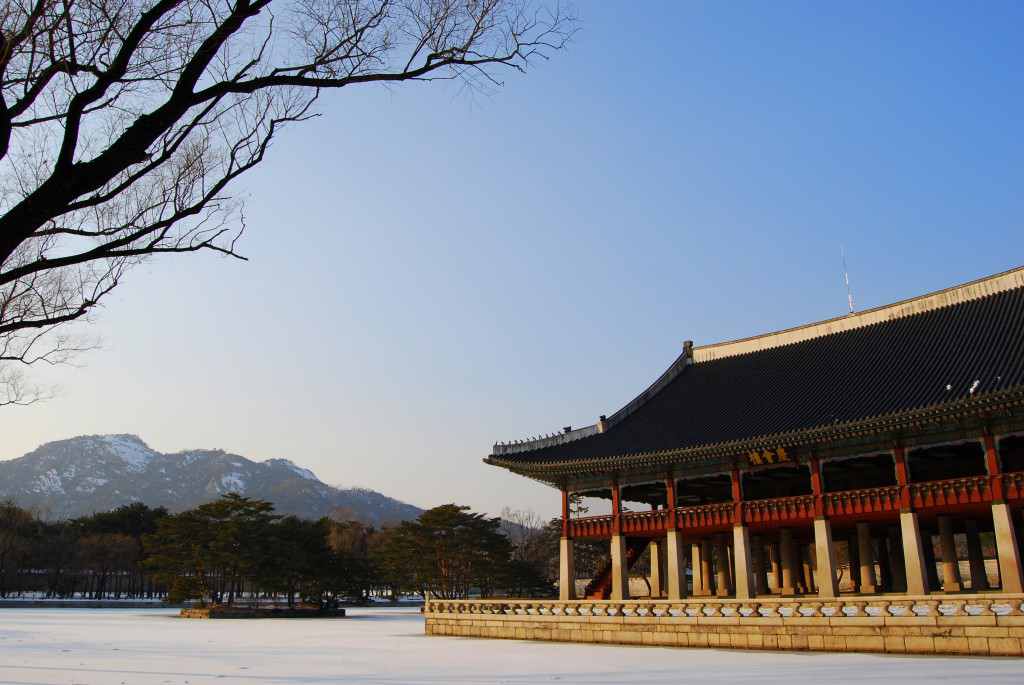 It’s cold in Seoul in the winter. And I’m not a fan of the low temperatures. But from time to time I do appreciate seeing different places in the different seasons. I had been to Seoul’s Gyeongbokgung Palace before in the summer, but Juno, a native of Seoul, was eager to show me her favorite place in her hometown in the winter.

Gyeongbokgung is a beautiful, mostly reconstructed, palace in the heart of downtown Seoul. Its distinct red, green, and blue colors make a striking contract against the white snow and ice. Picture this traditional architecture against a backdrop of craggy mountains to the north with no sight of urban development. Then turn around to the modern expanse of urban Seoul. 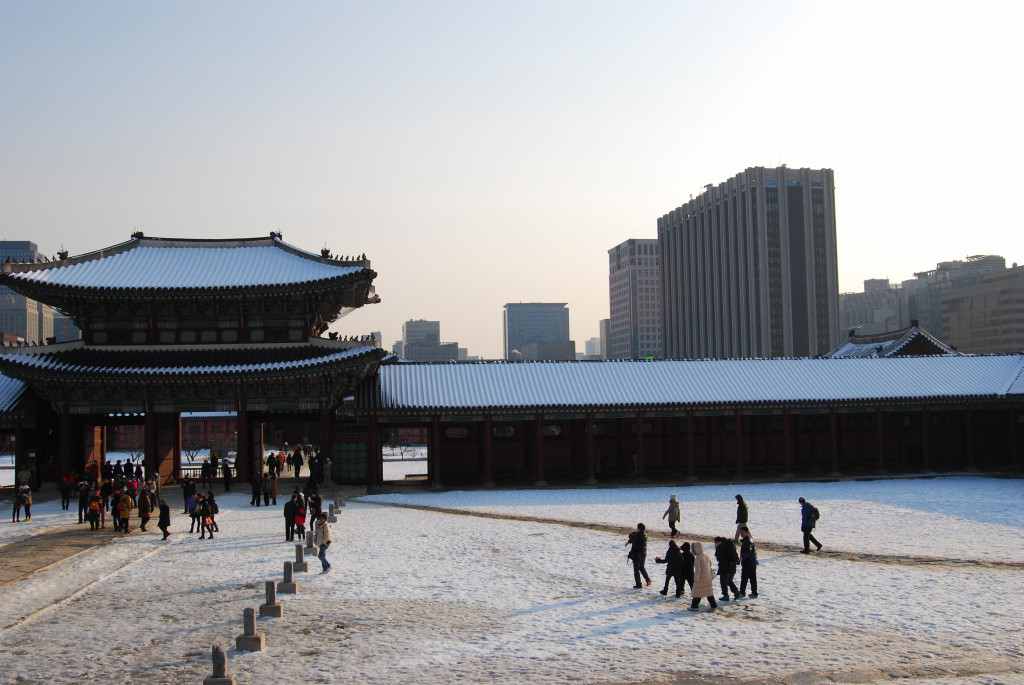 Gyeongbokgung Palace with modern Seoul in the background.

Originally built in 1394, the palace and grounds are said to have included about 500 buildings. It was the seat of government and the royal residences for the Joseon Dynasty for 200 years.

Gyeongbokgung was destroyed at least two times throughout history: once burned by discontented slaves and more recently taken down by the Japanese during the colonial period starting in 1905.

Now nearly 40% of the complex of royal buildings are back as close as possible to their original splendor. Restoration is ongoing. Of all of Seoul’s five palaces, Gyeongbokgung is considered the most beautiful and grandest. (For comparison, view photos of Changdeok Palace, which I visited a couple years ago.)

Photos of Gyeongbokgung Palace in Seoul when I visited on the Lunar New Year in February: 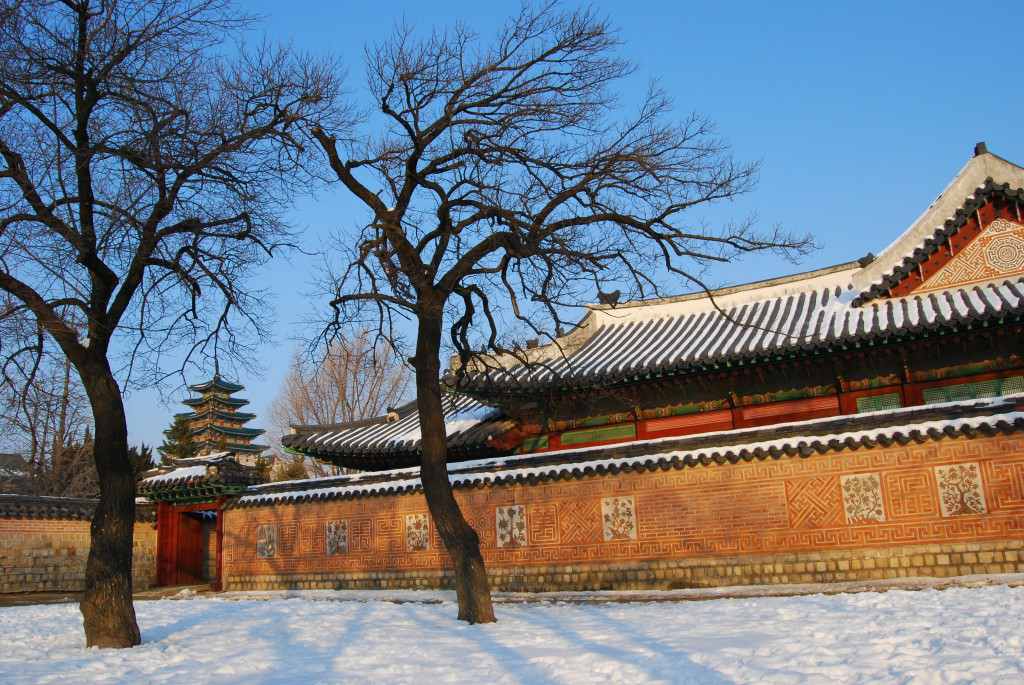 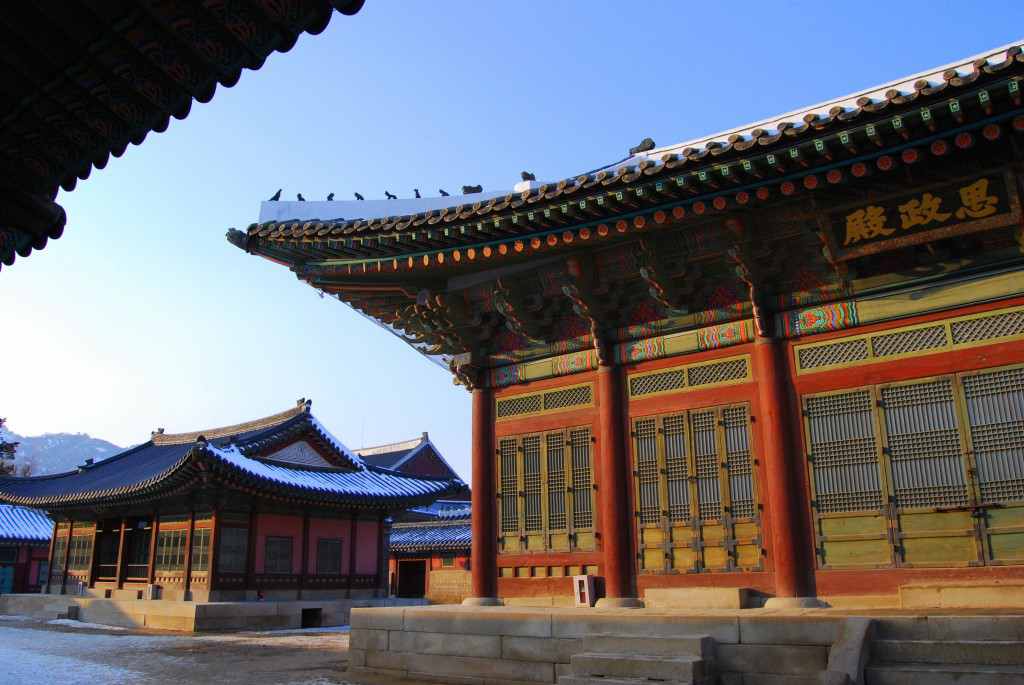 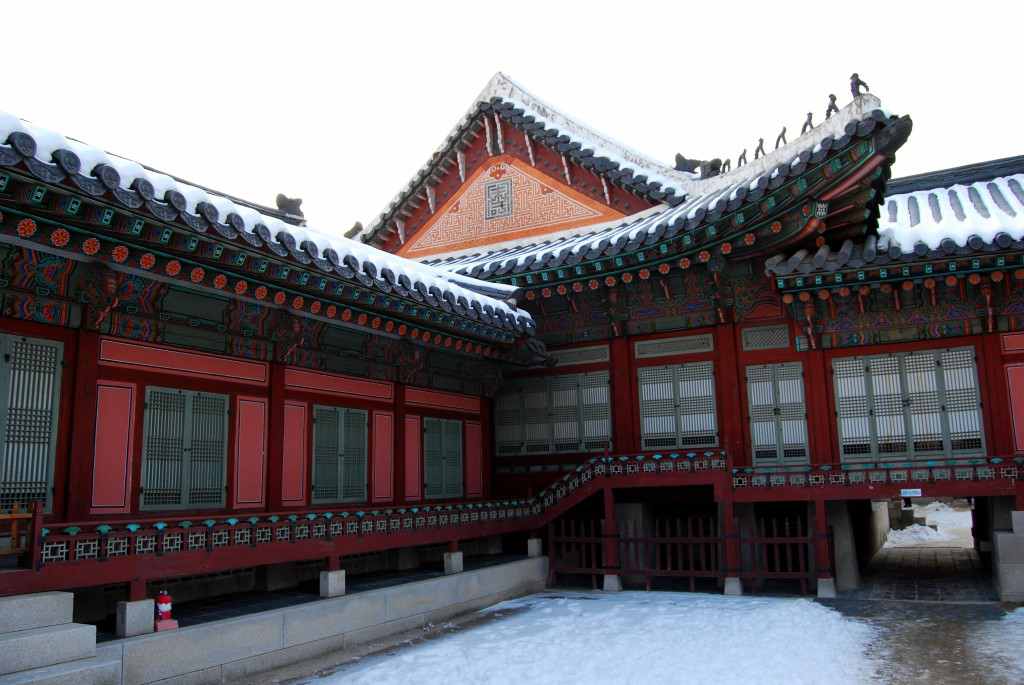 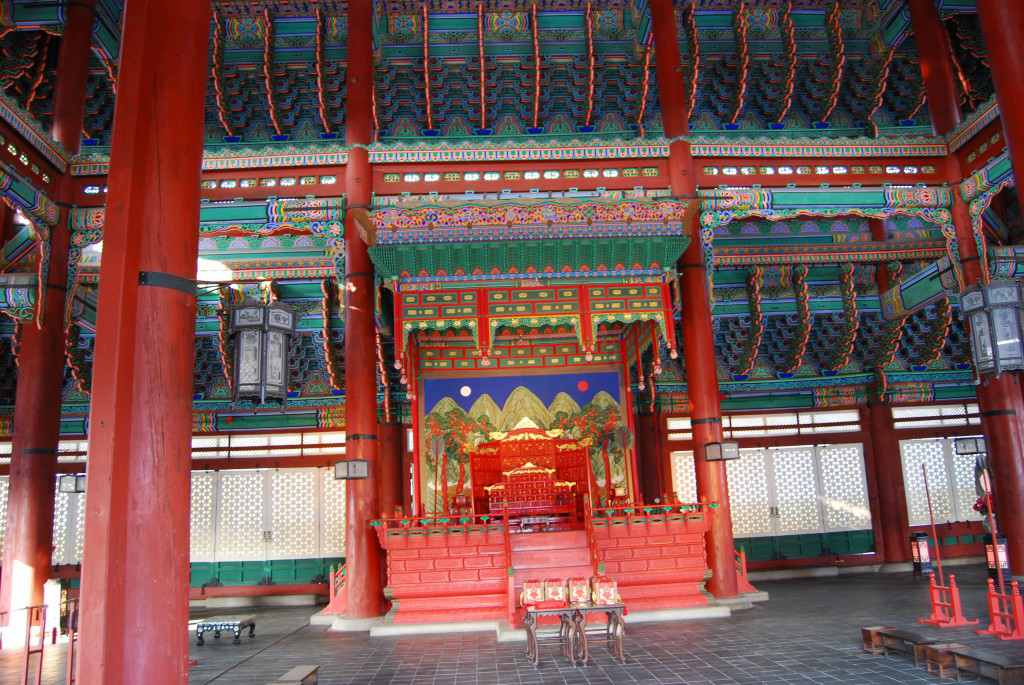 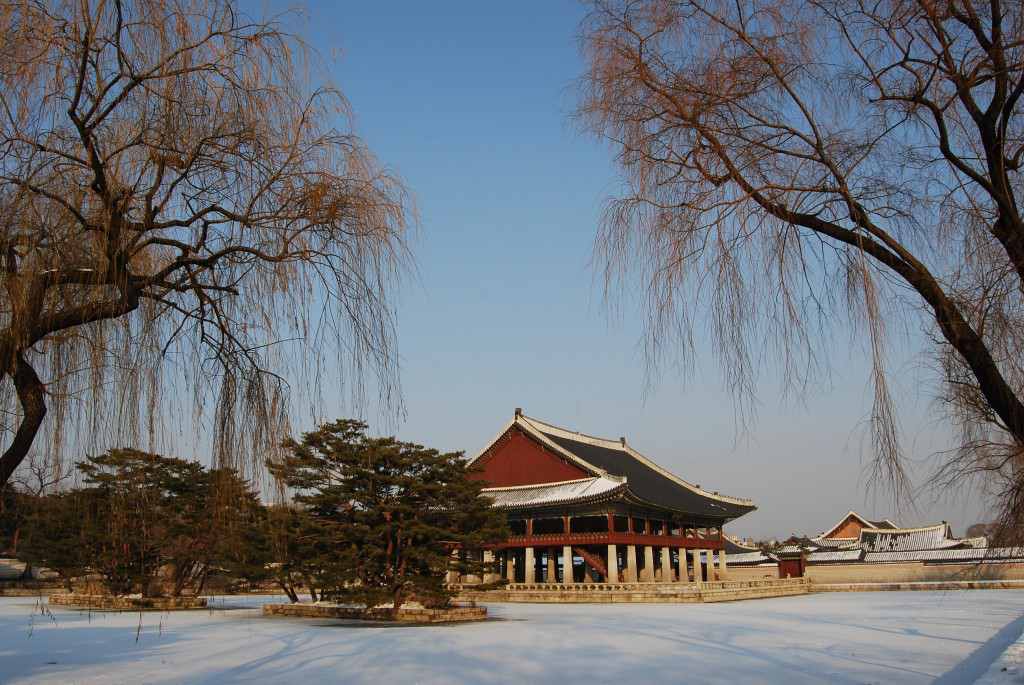 Within the grounds of Gyeongbokgung are the National Folk Museum and the National Palace Museum. Admission: 3,000 won (about $3 US). Metro Station: Gyeongbokgung Station, exit #5 and Gwanghwa-mun Station #2. Free guided tours are offered in English at 11:00, 13:30, 15:30.