Photos from the Road: Surfing in Bali 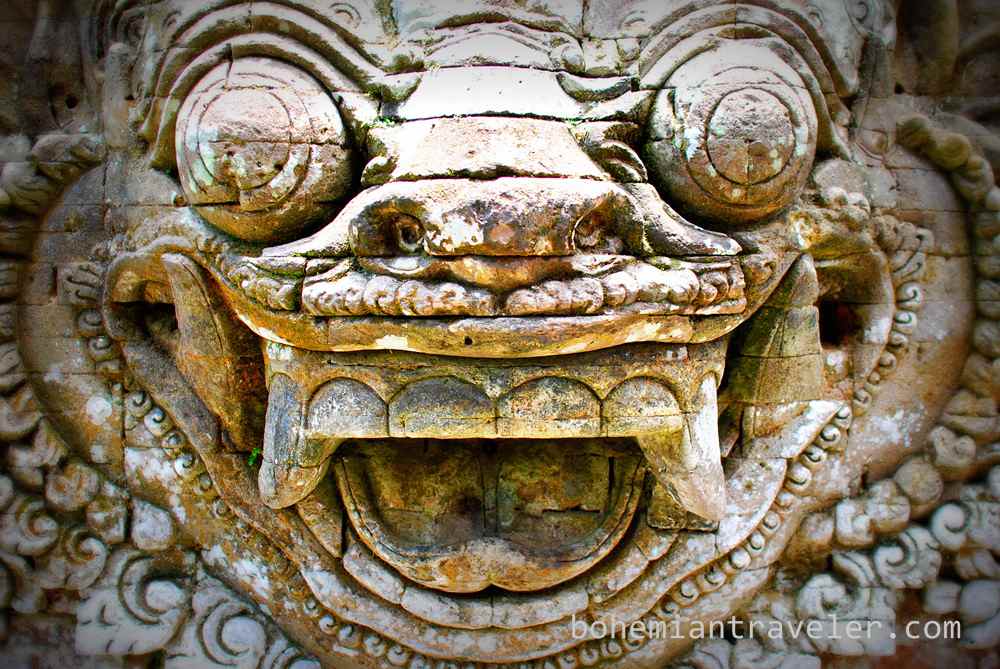 Bali Indonesia: An Intro to the Island of Gods

Bali is an anomaly: a Hindu island in a majority Muslim nation (the most populous on earth, in fact, is Indonesia). It is an island so synonymous with tourism, that it’s hard to think of Bali without the word holiday. The island is still fairly exotic to North Americans and Europeans, but Australians know it quite intimately. Americans have Cancun. Australians have Bali.

But there is much more to it than nice beaches and an economy catering to a foreign clientele. 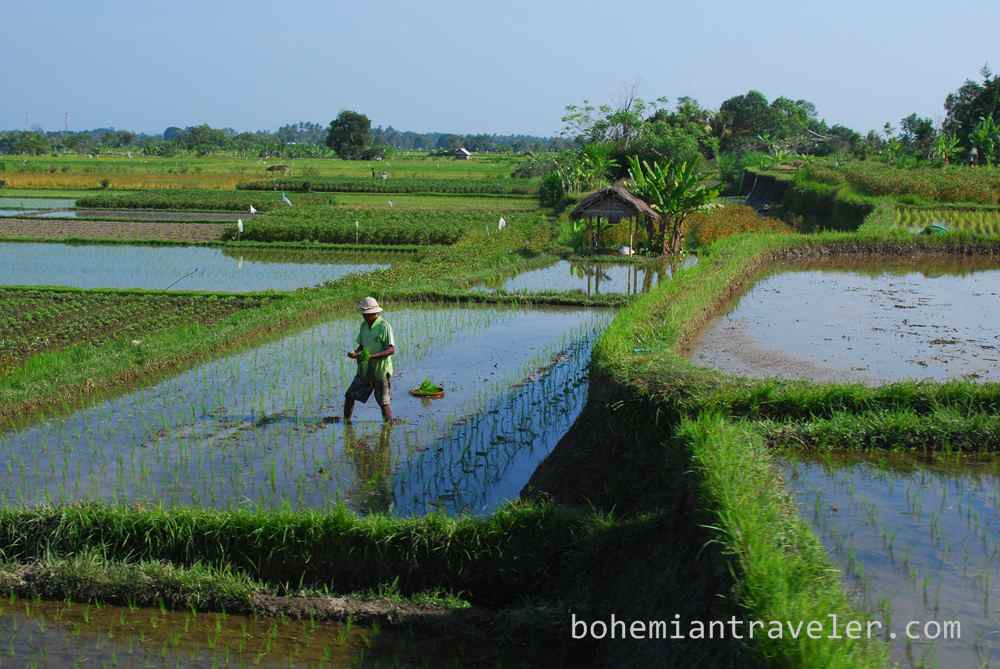 a farmer near Ubud, Bali Indonesia

Three million people live on the island. The majority are jammed into the southern portion. I’d be lying if I didn’t say that traffic isn’t a problem and that increased tourism development isn’t more than an eyesore.

The Indonesian archipelago is a volcanic one and volcanic ash keeps the soil fertile enough to support such a dense population. 96% of the population is Hindi. So why is the rest of Indonesia majority Muslim? Well, all of Indonesia used to be Hindi, then Buddhist, and only in the past few hundred years has it converted to Islam. Bali just never changed.

Why do I keep bringing up the fact that the Balinese are Hindi? Because it’s so ingrained into their culture and psyche that I can’t not stress it. It’s more than a religion. It permeates every aspect of their society. 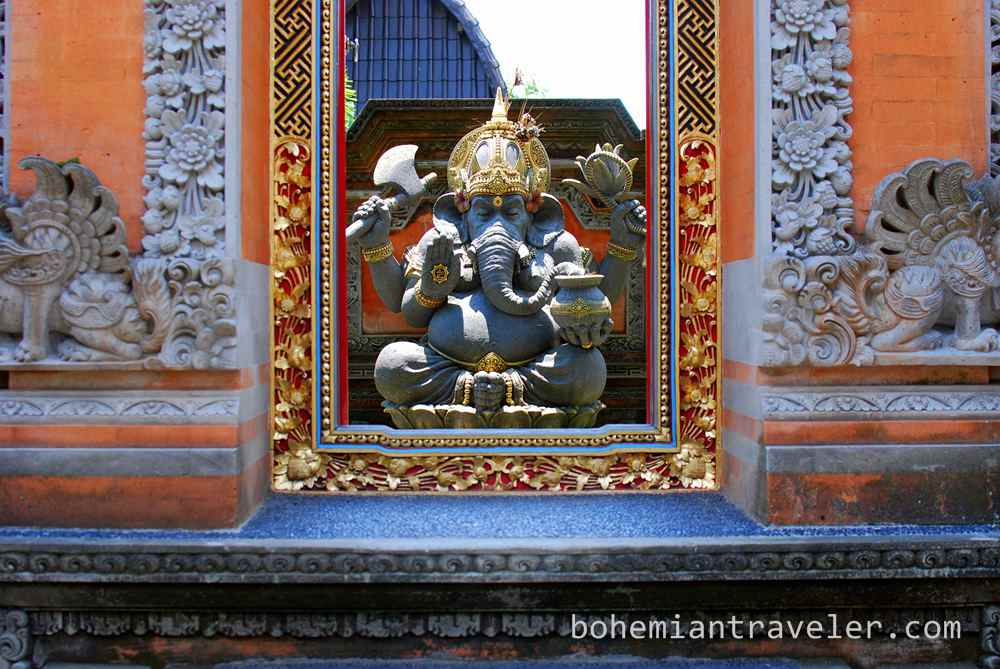 peaking into a home in Ubud, Bali

“Bali is a still a place with rich traditions and culture.” Our guide tells us.

That’s what I was curious about. The casual tourist to Bali wouldn’t be able to tell this. It takes a little bit of effort to get beyond the tourist crush of Kuta Beach and the foreign restaurants of Seminyak. If your entire holiday remained in that sphere, Bali would resemble almost any other resort town in the world.

After the arrival of mass tourism and intensive infrastructure development, is the island still as traditional as it once was? How exactly are the Balinese hanging on to their culture? And what does it mean to be Balinese?

What it means to be Balinese

The Balinese cremation ceremony lasts for three days. A Balinese person wouldn’t think twice about heading off to work during one of these ceremonies or any other of their holidays. A Javanese might be inclined to work more to boost his or her income. A Balinese highly values these holidays, ceremonies, and festivals.

There are said to be over 30,000 temples in Bali because nearly every family has one within the grounds of their compound. Every day three offerings are set out. They usually include rice, flowers, and incense inside a little banana leaf plate.

On arrival at Denpasar’s airport, our tour guide greeted us with a big smile. He was wearing a Balinese Udeng—a hat of many styles and colors that men wear. When praying, they wear a white one. 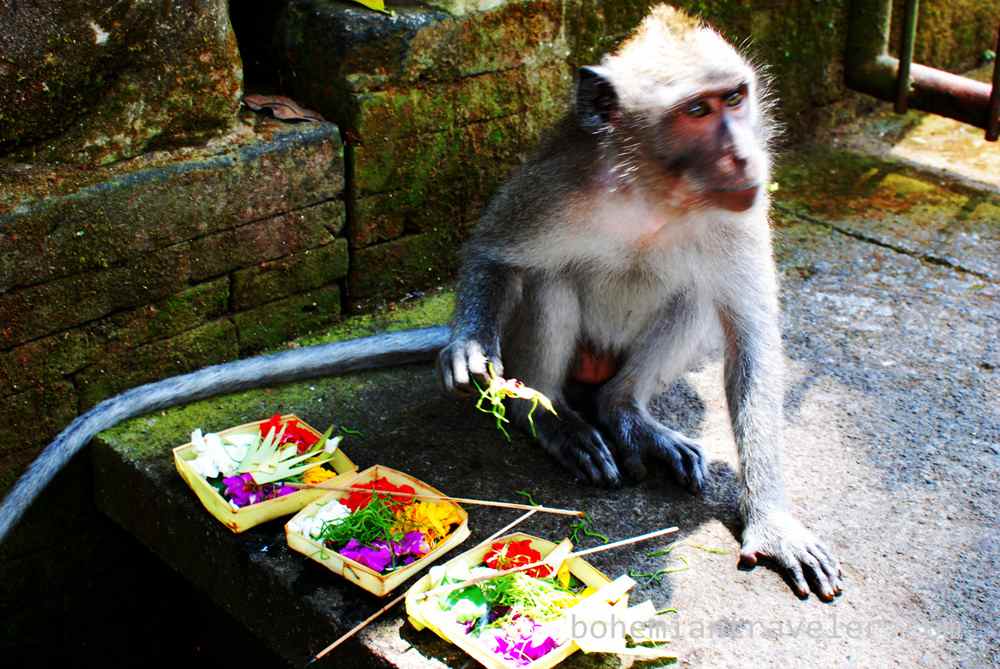 a monkey steals a Hindu offering

As for language, the Balinese speak their own language and when children speak to adults they use formal language and do not look directly at adults

The cuisine of Bali is similar to that of the rest of Indonesia except that they eat suckling pig. 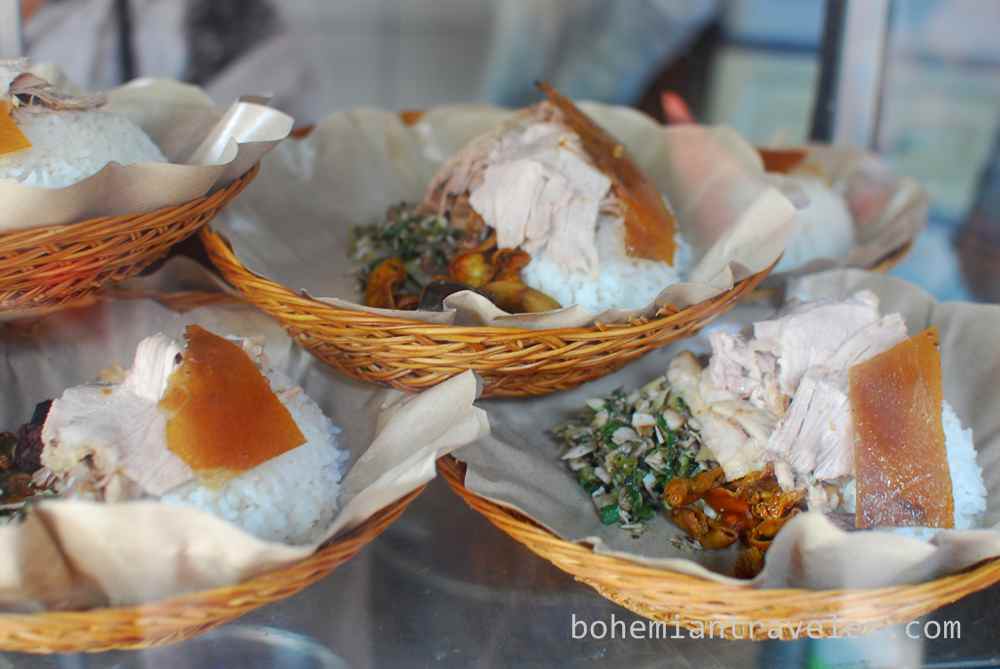 Bali through the eyes of a foreigner

We met an expat who has been living in Ubud for the past seven years. He reinforced the fact that Hinduism is ingrained into the Balinese psyche. He told me that Bali is a center of energy, both positive and negative, and that it took him a long time to see these subtleties.

“Bali slowly reveals itself” he warned me. A lot of the beautiful spots are hidden. Many of the houses have views over the greenest of rice paddies, but you don’t necessarily catch these views from the street. 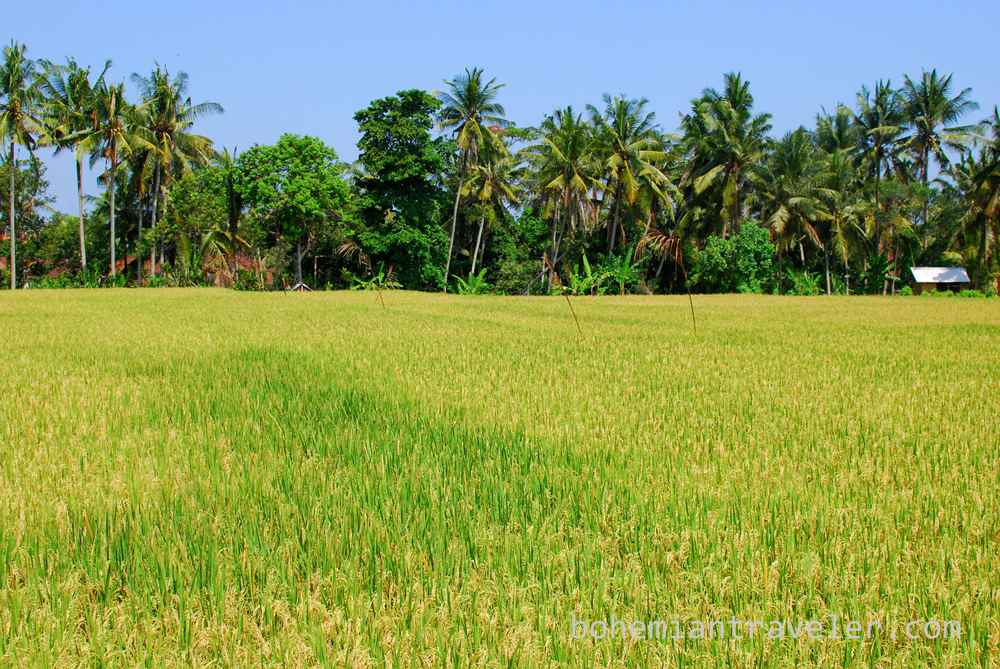 view of a rice paddy in Ubud

What I was most surprised to hear, was regarding Ketut, the wise man from Elizabeth Gilbert’s Eat, Pray, Love.

“Ketut is a liar.” he told me. “He says the same thing to everybody.”

Other local expats would agree. “There are at least four good wise men here, ones who really can read people.”

Ubud is definitely a place that needs to be explored more in depth. It also seems like a good place to linger for an extended time. Perhaps a good base for a digital nomad. 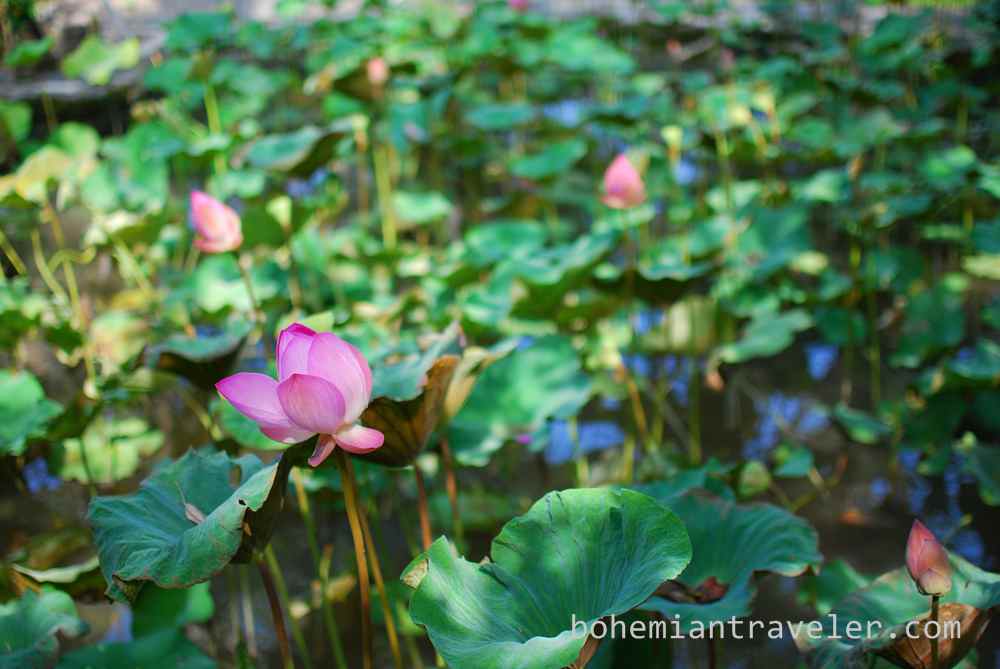 My visit to Bali was part of the international blogger trip to Indonesia hosted by the Indonesian Ministry of Tourism and Creative Economy.