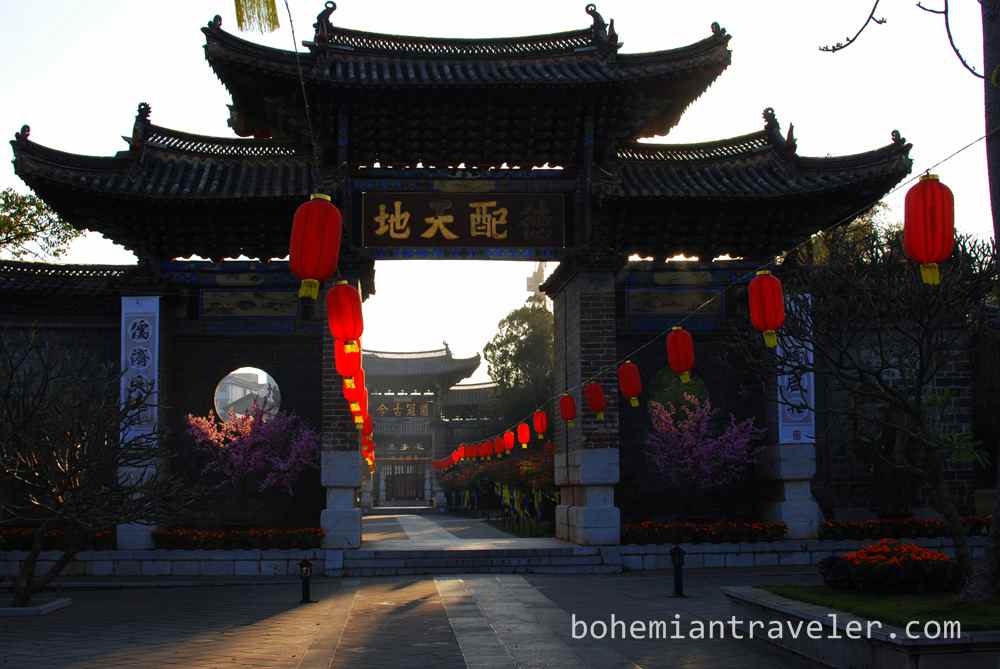 Here are my favorite photos as seen through shades of blue, green, yellow, white and red: The colors are deep in the inland Pacific Northwest US. This shot was taken on the Kalispel Indian Reservation north of Spokane, WA. Although it looks pristine, a forty-person staff is in charge of righting the years of ecological wrong inflicted on this water and the lands of the Kalispel by the US government. The Kalispel are one of the few American Indian tribes that live on their ancestral lands. Although I only spent a week in Cambodia, it has remained in my memory as one of my favorite countries. On the day I rented a motor bike in Kampong Cham, I rolled along a narrow dirt road between rice paddies after visiting Wat Nokor. A storm blew in and moments before I hid for cover, I caught this view. The fading architecture and facade colors are one of the charms of Hoi An, Vietnam. There are far too many foreigners in this little town, but somehow it remains a nice place to take refuge after the hassle and hustle of Vietnam’s bigger cities. The nearby beaches are great, the food is delicious, and the cost of living is inexpensive for the traveler. I really grew to love Colombia’s colonial towns. Many are situated in the mountains, have cobbled streets and old-style architecture. This one is Villa de Leiva. I thought a photo of Villa de Leiva would best represent “white” because the whole town is done up in a white-washed facade like this. Villa de Leiva dates back to 1572, during the early days of Spanish rule.  Its huge, buckling, 14,000 sq m central plaza is said to be the largest in all of South America. The houses, with their green shutters, flower-filled window boxes, and terracotta-tiled roofs are kept in immaculate condition. The street’s cobblestones are so big, cars avoid driving on them. See more photos of Vila de Leiva.

It was late afternoon in the small city of Jianshui in China’s Yunnan Province when I snapped this photo. I noticed the lanterns seemed to be glowing near this gate at the Jianshui Confucian Academy. I ended up loving Jianshui for it’s traditional architecture, laid-back locals, and absolute lack of foreigners. The inside of the Confucian Academy was walled off from the urban chaos.