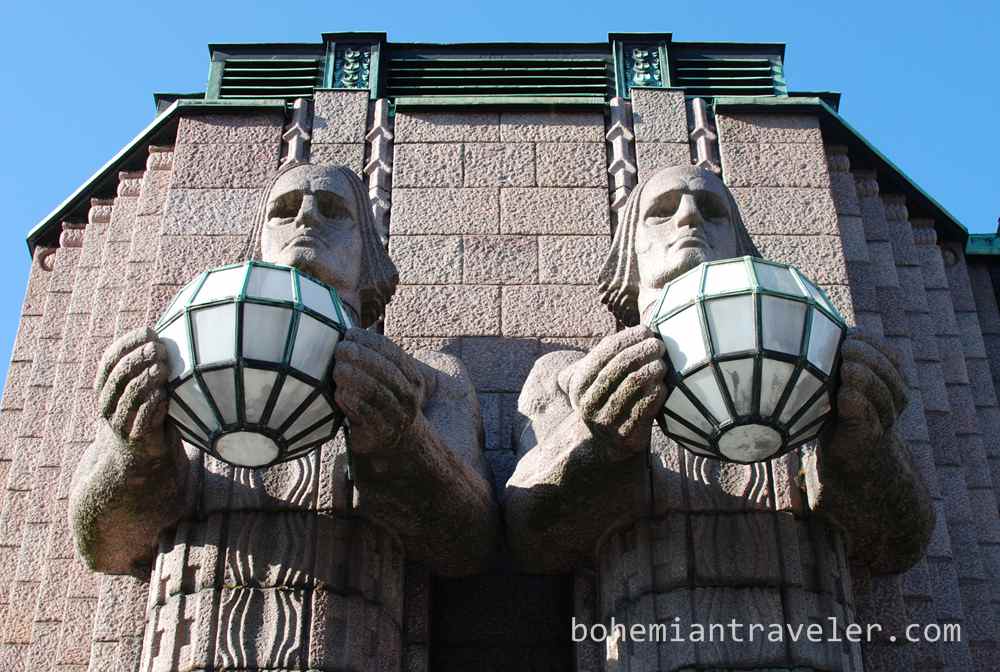 Helsinki is defined by design. The city rebuilt itself in the wake of the Second World War and excelled at design. It was cutting edge and the world noticed. Helsinki is still pioneering the realm of design. In 2012 it is the World Design Capital.

I wanted to post some photos that expressed some of my favorite aspects of Finnish Design. As far as the World Design Capital, that encompasses everything from architecture to interior design to urban planning to fashion. Helsinki is quite inspiring to say the least.

There are a few epicenters of design in Helsinki. The Design District is just south of the center and features a cluster of creative businesses offering shopping, dining, and accommodations—highlighted by the design shops, galleries, workshops, and museums.

The Arabia District, to the north, is another design region centered on the Arabia Ceramics Factory, created in 1873. Today a museum and gallery are on the top floor and the neighborhood is filled with public art pieces and gardens.

You should begin by visiting the Design Museum in the Design District. The museum showcases the best of Finland’s post-1940’s industrial art and design but includes items back to the 19th century. On the lower level is a room with chairs which you can sit in to test. These chairs exemplify how it is possible to maximize style and comfort. My favorite was the wooden chair designed for a student dormitory—it was comfortable with great support so that you could sit and study in all day. 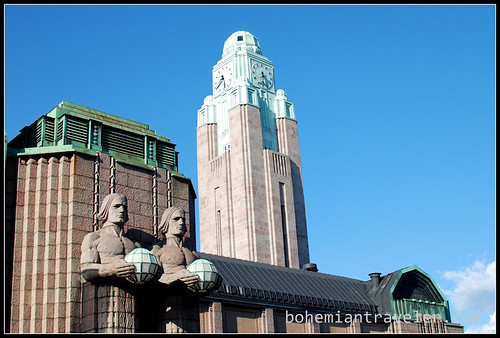 These statues are the distinguishing feature of the Helsinki Railway Station along with its clock tower. 200,000 passengers pass though the station on a daily basis, making it Finland’s most-used building. I just think the statues are cool. I first noticed them in a railway ad campaign while boarding the train in Tampere. It was only when I got off the train in Helsinki that I saw these neuter figures in person. 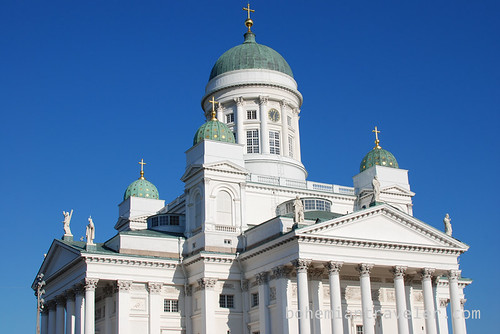 Helsinki Cathedral was done up in the neoclassical style by the architect Engel, who designed much of Helsinki in the early 19th century including the rest of Senate Square. I included this here because of its importance as an imposing landmark of the city. The symmetry I also find beautiful and the white cathedral looks striking in front of a blue sky. 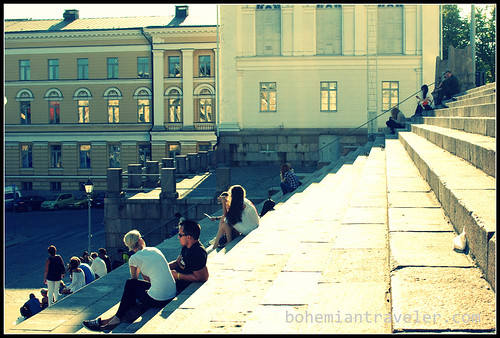 You know the spring is coming to Helsinki when the steps leading up to the cathedral start filling up. The steps face south so they catch the most of the afternoon sun. After all that designing and thinking about style, you need a place to relax and meet your friends in the sun. Cathedral steps are the place to do it. 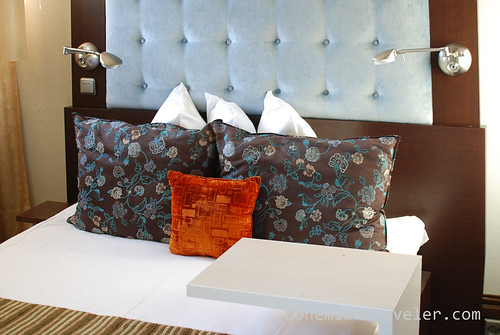 KlauseK Hotel is Helsinki’s original design hotel. The lobby is cool, the rooms are even cooler. They use several designers to make each room unique. If celebrities are coming to town, they’ll probably be staying at KlauseK.

Thanks to Visit Helsinki and Visit Finland for arranging our accommodation at KlausK Hotel as well as providing us with the very useful Helsinki card providing free entry into many museums and public transportation as well as multiple discounts across the city.