For the Love of Kimchi 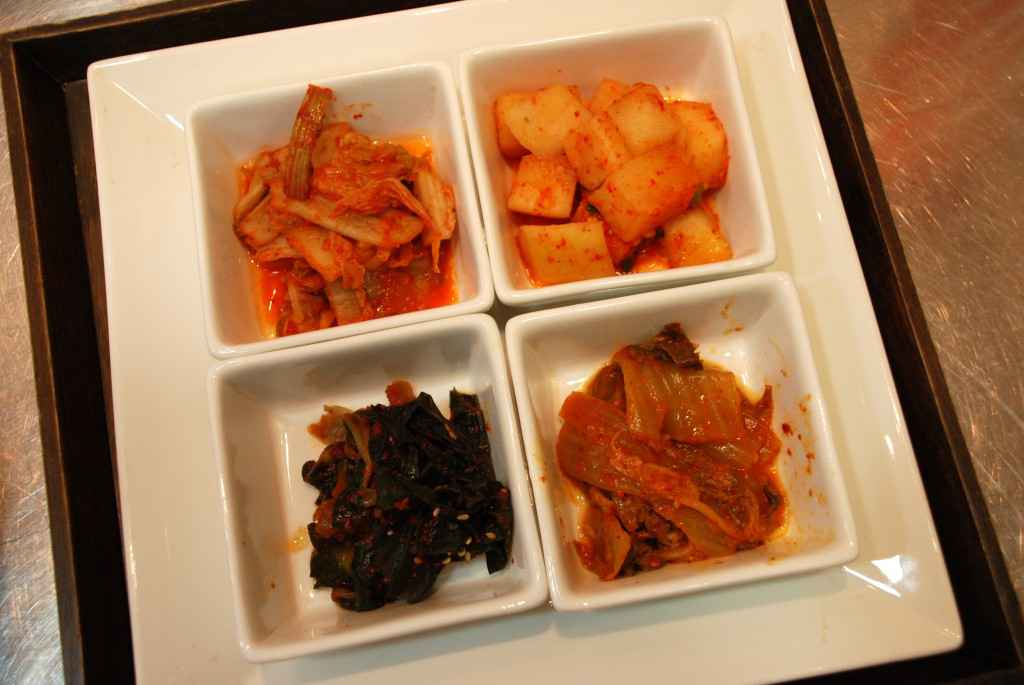 A selection of Kimchi at the Kimchi Museum in Seoul, South Korea

Sure the pay was decent, and the working conditions acceptable, but I have to admit, food was a major factor in my deciding to get take a short-term teaching contract in South Korea. I will be blunt—I love Korean food. It is right up there with (if not above) Mexican and Thai food.

Lots of fresh vegetables, seafood, meat, and grains make up the Korean diet. The backbone of this healthful diet is a little fermented side dish known as kimchi (often spelled gimchi). You’ll find it served at every meal. Yes, even breakfast.

Recently, kimchi has been picking up steam internationally as people begin to understand and appreciate the health benefits of fermented foods. You already know that German’s have sauerkraut, the Russian’s their salty cucumber, and the Japanese Tsukemono.

What exactly is kimchi anyway?

Although kimchi usually refers to the spicy cabbage mixture, it’s actually a generic term for any seasoned fermented vegetable dish. It could be cabbage, radish, turnip, or cucumber. It can be eaten fresh, ripe, or sour, and varies from bland to spicy. About 200 types of kimchi have documented from all parts of the Korean peninsula.

Why did Koreans start making kimchi? 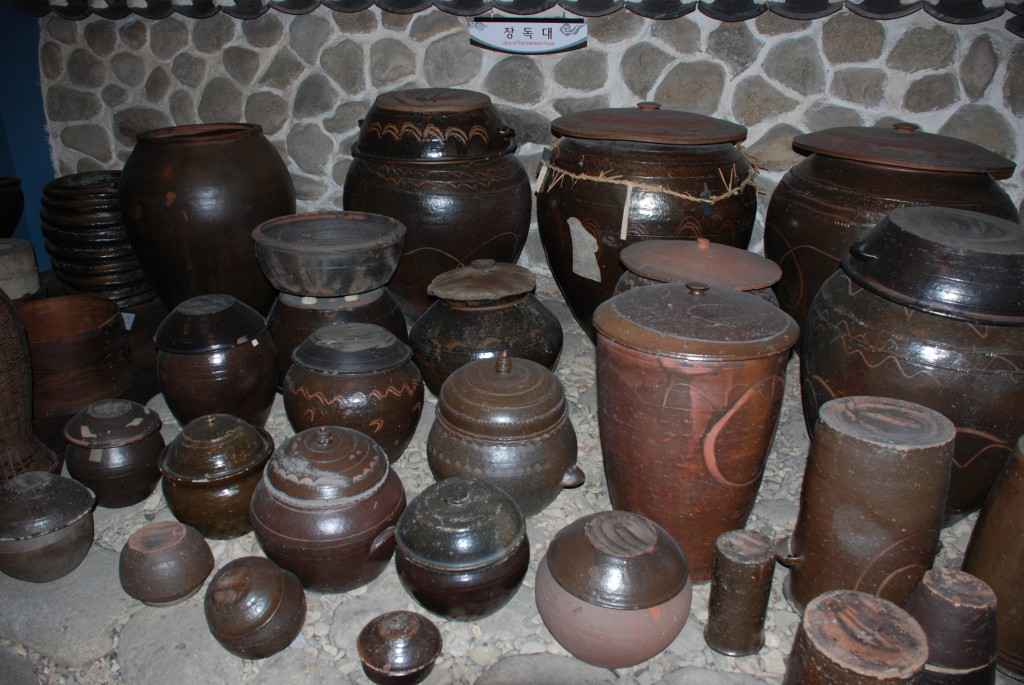 Jars of fermented food at the Gwangju Folk Museum

Preserving food is the main reason for the existence of kimchi. Long before refrigeration, people needed a way to sustain themselves through the winter. What did the Koreans do? They buried a big pot in their backyard, threw a batch of kimchi in there, and helped themselves through the cold months. In the summer, they put the pot it in a well or stream; the goal being to keep the mixture a relatively constant cool temperature.

Kimchi is made, stored and matured in either glazed pottery or in small jars made in such a way that air can pass through allowing the fermented foods to breathe so they can be stored a long time without becoming sour or rotten.

The modern Koreans give credit to their ancestors, who ate the salted vegetables to aid the digestion of their grains to balance their diet.

Why are ferments good for you? 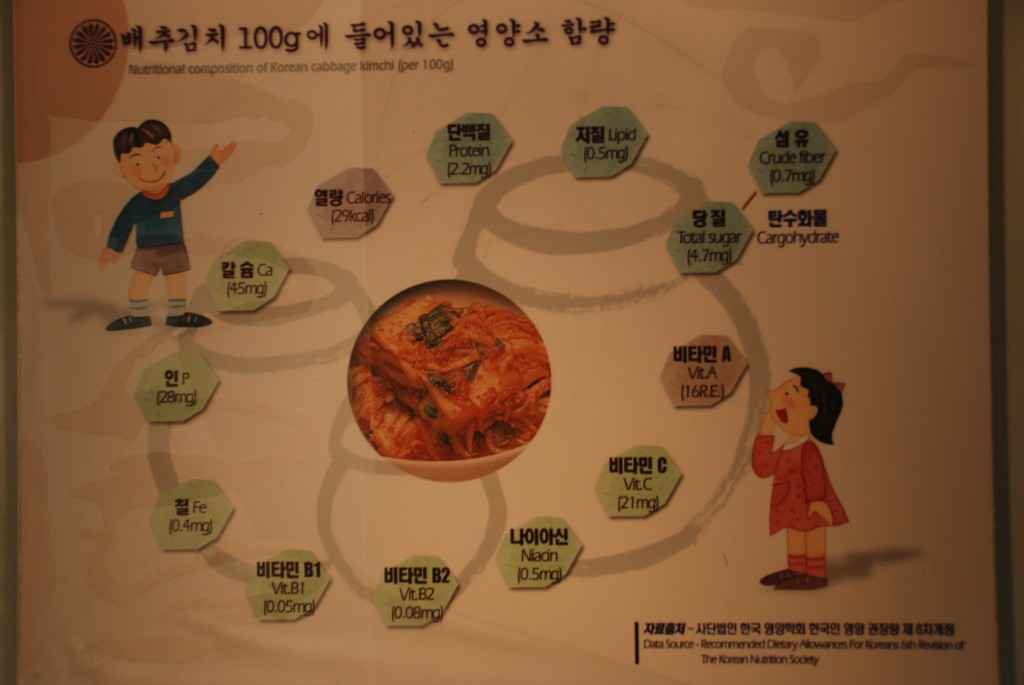 During the fermentation process a type of lactic acid bacteria called lactobacilli are greatly increased. Besides giving kimchi its unique taste, lactobacilli help do the following:

Other health benefits of kimchi:

But does it taste good? 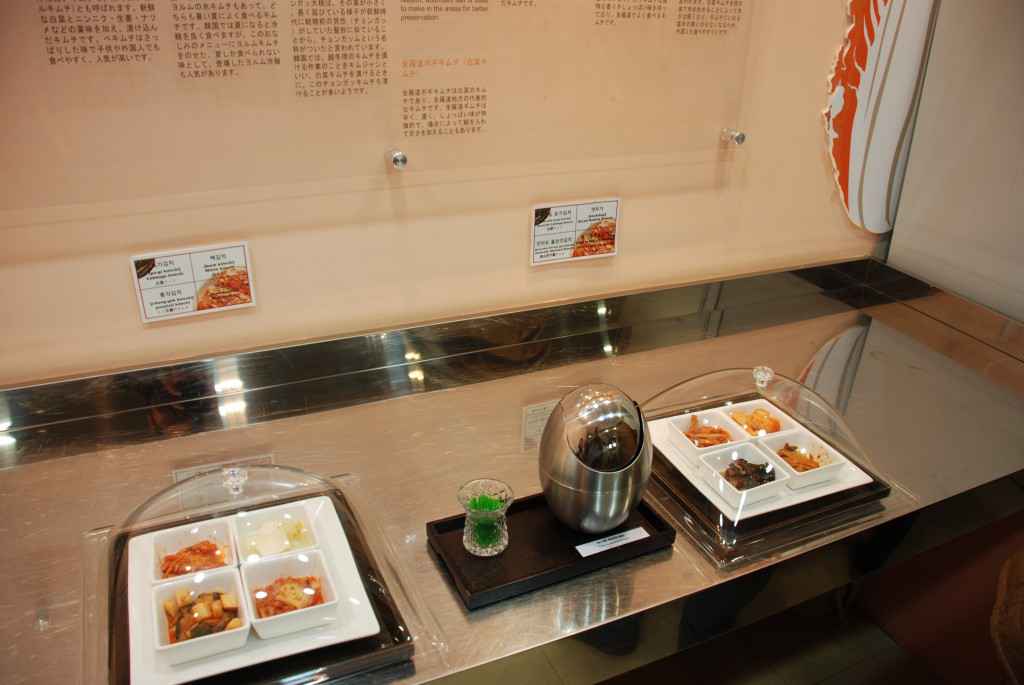 A tasting at the Kimchi Museum in Seoul, South Korea

That’s for you to decide. But my evolution for the love of kimchi went something like this: At first I just ate a taste with every meal because that’s what everybody else was doing. With each passing week, I began to take more and more and eventually I needed to have a generous portion with every meal.

Visit the Kimchi Field Museum in Seoul to learn more about the history and development of kimchi, types of kimchi, nutritional benefits, and get a chance to taste different varieties. The privately run museum is located in the COEX Mall at Samsung subway station on line 2. Open Tuesday through Sunday from 10 am to 6 pm. Closed Mondays. Admission: 3,000 won.

For more information on making your own kimchi and other fermented foods, check out Wild Fermentation