Korea’s Jeju Island is known for what it has and for what it lacks. It is called Samdado, meaning “Island of Three Abundances” due to its strong wind, sufficient supply of rocks, and tough women (because traditionally many men have been lost at sea). What Jeju supposedly lacks (at least until recently) is beggars and thieves. For this reason, the three-pole gate was the traditional entrance to properties instead of a secure closed gate. 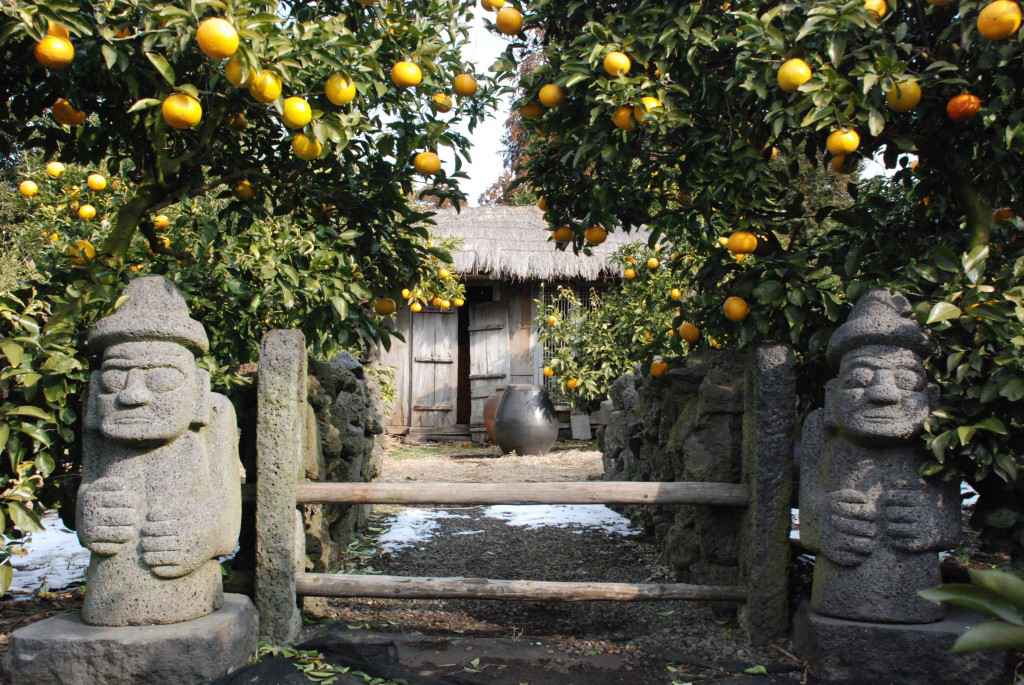 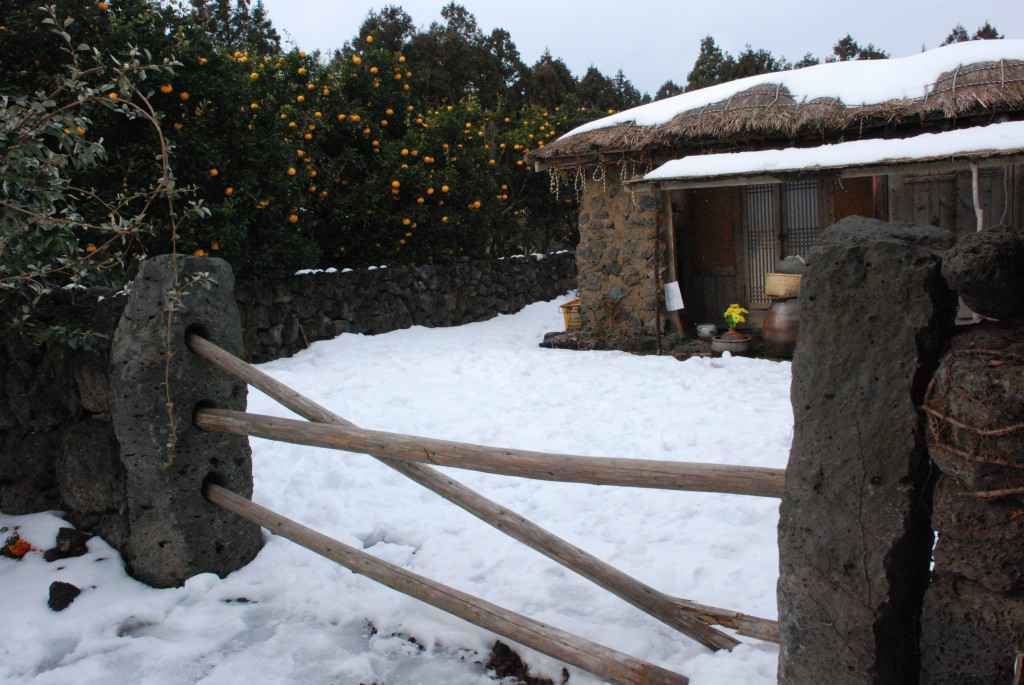