What we saw at the Korean DMZ

Making Sense of Venice with all the Tourists

On a cold night in January 1968, 31 North Korean spy commandos cut through the most heavily fortified border in the world. Undetected by South Korean military personnel, they moved by foot through the night, sleeping in hand-dug holes during the day. At the end of three days, they reached their goal: the Blue House. This is South Korea’s Presidential Palace, situated on high ground below a craggy mountain looking over downtown Seoul.

At the gate of the Blue House, a gun battle ensued and there were several casualties. Twenty-nine North Korean commandos were shot dead, one was captured, and the final one managed to defy all odds and return back to North Korea. 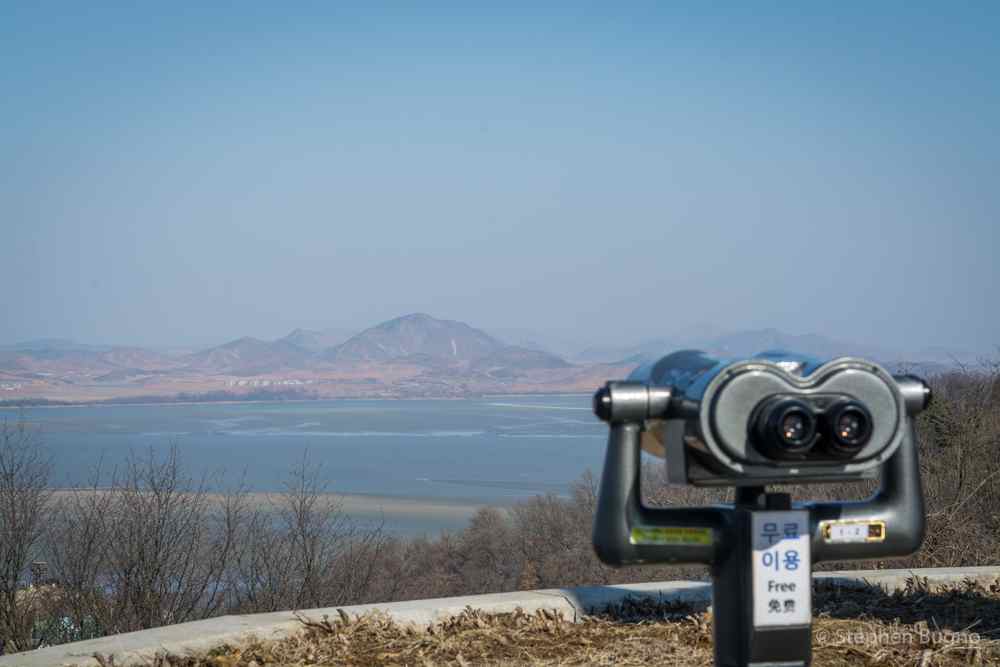 This raid is one of the lesser-told stories of the Korean War, a conflict which to this day has no outcome. The two sides remain at war, with a truce keeping relative calm for the past 60-some years except for isolated incidents like this raid.

The whole incident is somewhat easier to visualize, standing at the edge of the Demilitarized Zone (DMZ) with a sub-zero breeze whipping up in the face. That’s where I am today, about mid-way through an intriguing day-long Korean DMZ Tour. 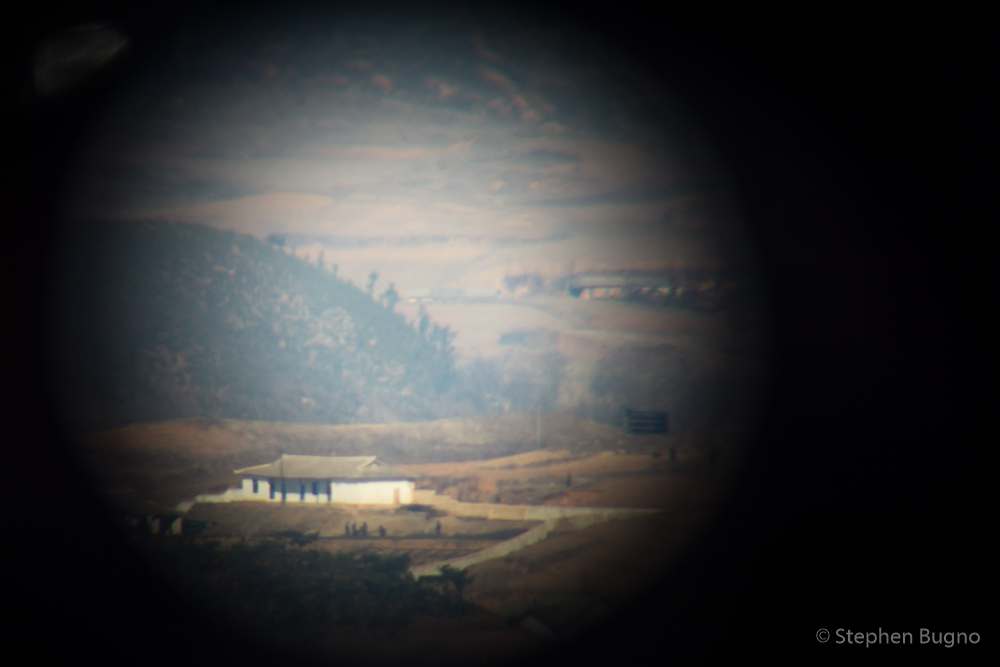 But still, these events in 1968 seem surreal. Another thought that comes to my mind while I’m standing there freezing as I look north out into the no man’s land that is the DMZ, is that this station is one of the hardest, most undesirable posts for South Korean soldiers. Which must make this cold, isolated post, a few kilometers north of here, the most kush post for North Korean soldiers. Right, I mean isn’t this the Florida or Spain for North Koreans? The most southerly, desired spot? A depressing thought for sure, at least in winter.

Our day traces the commandos route and we get an appreciation for their audacity. But make no mistake, they are the bad guys. However, it’s not so straightforward. The stops throughout the day are littered with hopes and messages of a unified Korea. Reunification is still the dream of many and the political agenda of Korea’s left. Personally, I’m pro anything that keeps the peace. But talking to the other side is never a bad idea. To me, it seems that reunification was idealized in the the 80’s because the whole idea felt dated. North Korea is too lost in the past and its own ideologies. Never mind the economic drain of the South if the two countries ever peacefully joined. 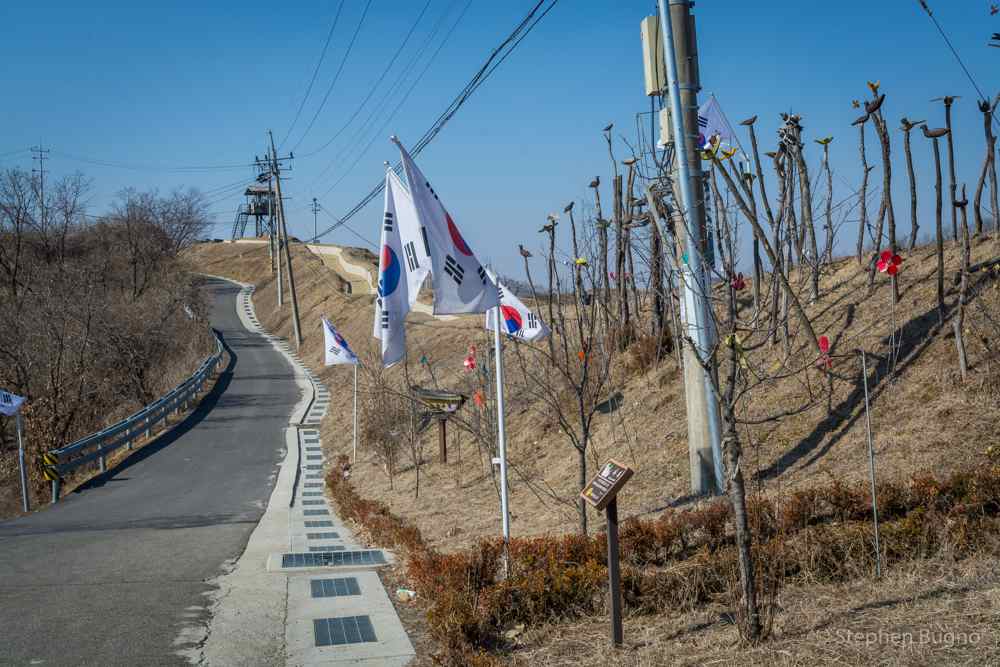 At one point, our day reaches its most personal. We look through high-powered binoculars across the wide Imjin River to a village in North Korea. These are real people doing their everyday thing. Oddly, we are scrutinizing them through glass, perhaps imagining how poor or underdeveloped or technologically behind they are. This is a wrong attitude, but hard to think otherwise from the international media stories we get. But to North Korea, America is the underdeveloped place to live and the South is a just a puppet controlled by the Americans.

It’s a challenge to sift through all the propaganda and politics of the past few decades but we get a break from all this during our lunch. We’re eating barbecued duck, grilled in front of us at our table. Numerous side dished surround us as well as the obligatory soup and white rice. We’d all like to think Koreans North of the border take as much pride and passion in their centuries-old cuisine as they do in the South. There’s no debating that high-quality ingredients and skillfully prepared food are central to the identity of Koreans. 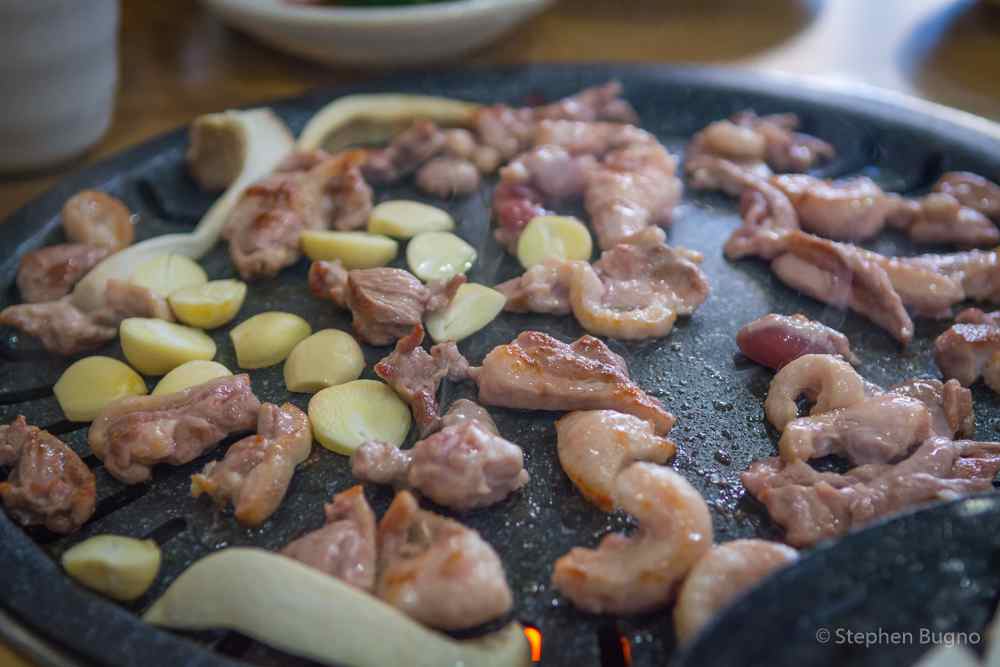 As we return home along the divided highway, we catch more glimpses of North Korea across the barbed-wire fences and intermittent guard posts. The river is wider here and we can’t see much in detail from 120 km/h. But we talk more with our guide as he drives us southward, back to Seoul. His family is one of many that was divided by this conflict. But oddly enough, the legacy of this war is what provides his livelihood today. I can’t help but wonder if he would trade it all for a peaceful future and a chance to be reunited with lost relatives.

Read more about our Korea DMZ tour over on UnquoteTravel.com 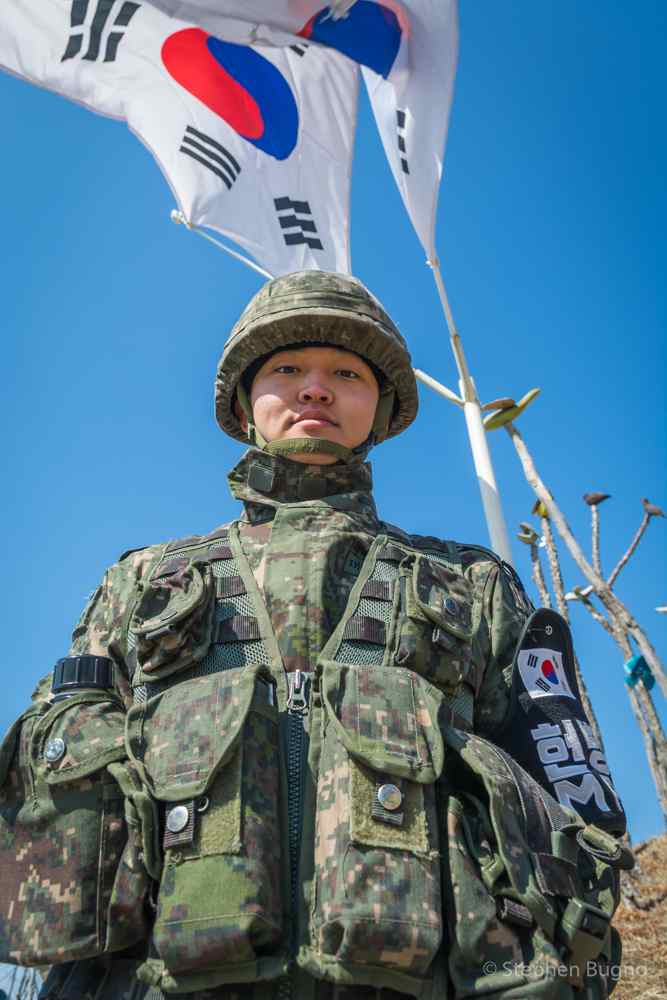