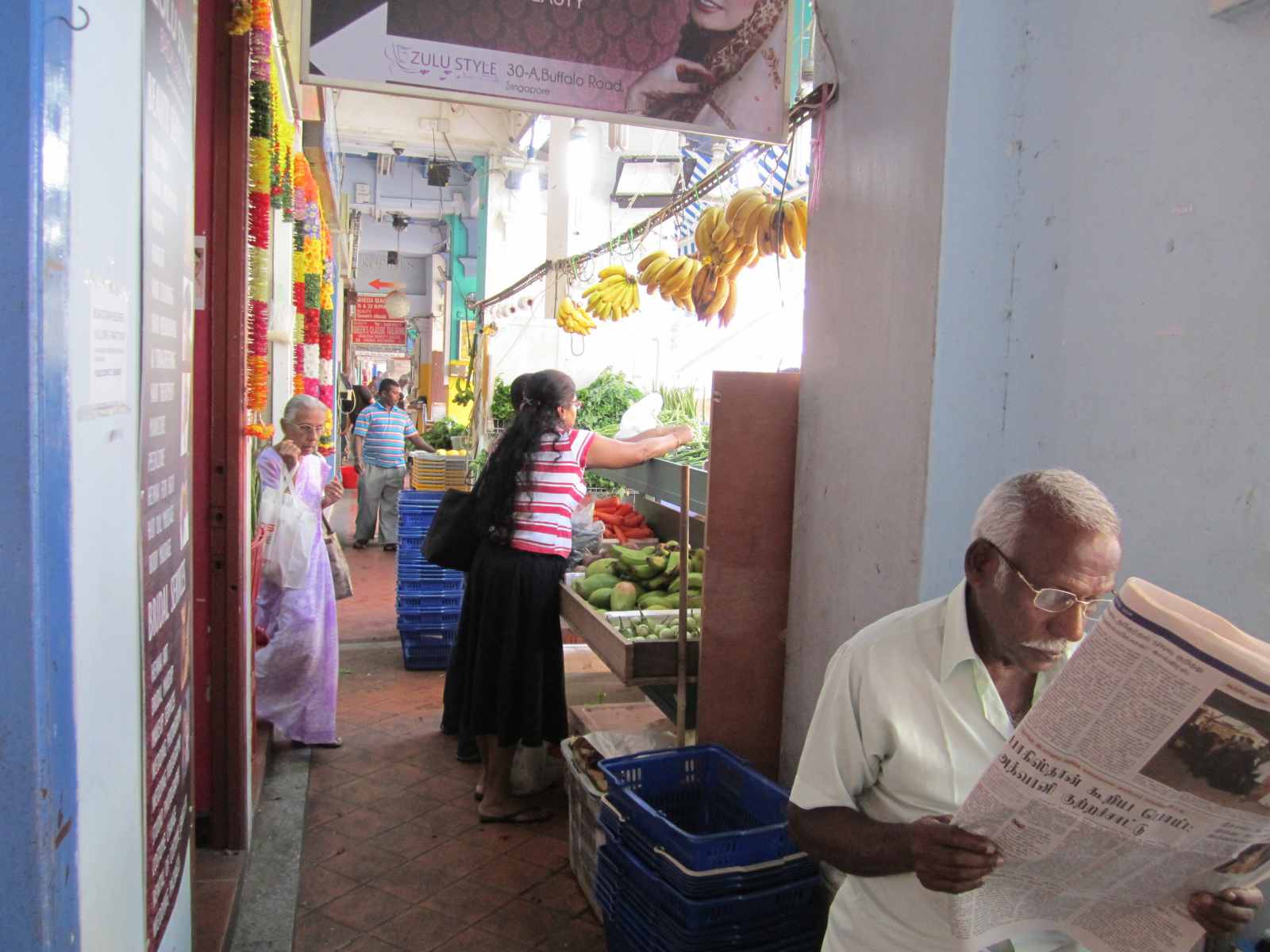 A man reads the newspaper in Little India.

After too many boring lectures from uninteresting tour guides, I had an idea. Why not cut through all the tedious explanations and just give the traveler what he or she needs to know?

We need to know what makes a particular place important. Understanding the crucial bits of history, culture, and contemporary life, are essential for the traveler to get the most out of a destination. Understanding a city, a country, a people, is what we, as travelers, are after.

At least the travelers that are joining my upcoming small group trip to Malaysia & Singapore are. 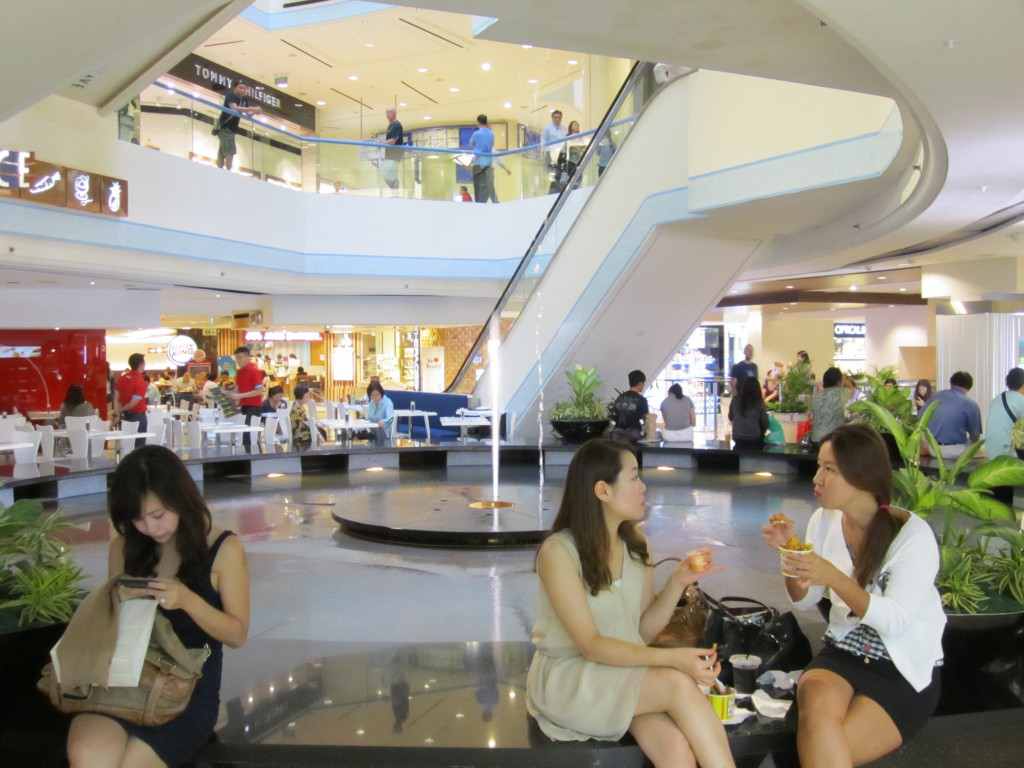 Life inside a mall of Singapore.

Here’s what you need to know about Singapore:

Singapore is a city-state and the only island city-state in the world. It is separated from Malaysia by the Straits of Johor to its north.

Singapore is one degree north of the equator and its climate is classified as tropical rainforest. The climate is characterized by uniform temperature and pressure, high humidity, and abundant rainfall.

Singapore’s population is over five million.

Singapore was established by Thomas Stamford Raffles (of Britain) as a trading post in 1819. The small sea town soon attracted migrants and merchants from China, the Indian sub-continent, Indonesia, the Malay Peninsula, and the Middle East.

Immigrants in the 19th century brought their own culture, languages, customs and festivals. Intermarriage and integration helped blend these diverse influences into Singapore’s society, giving it a vibrant cultural heritage. By the end of the 19th century, Singapore had become one of the most cosmopolitan cities in Asia. 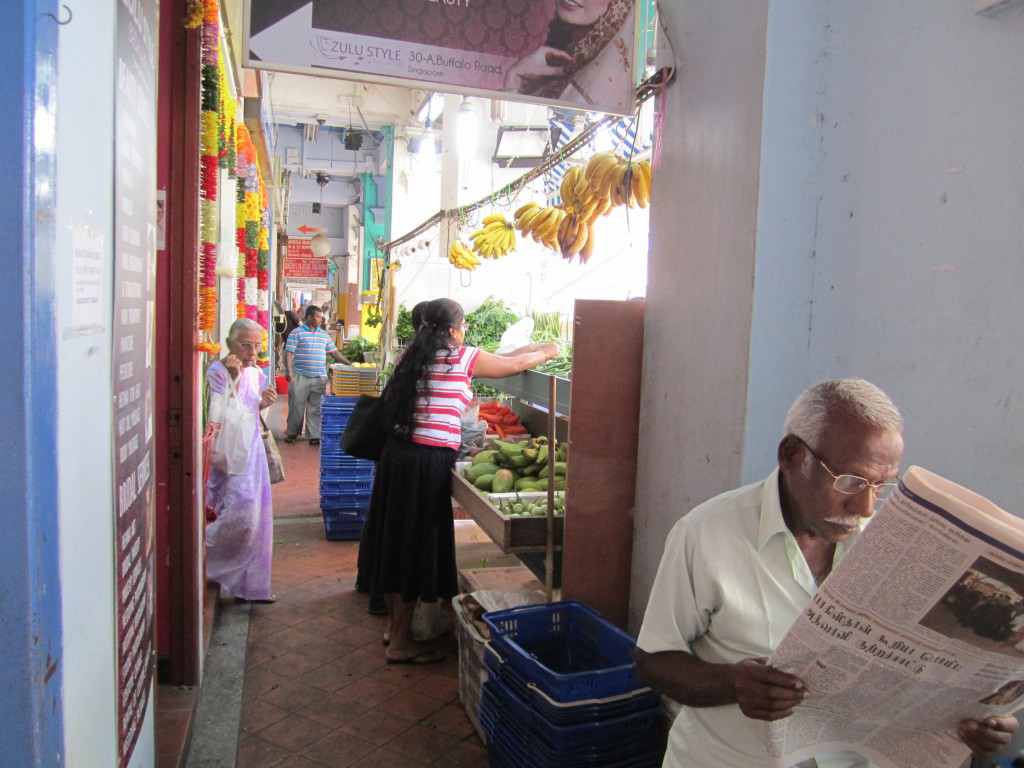 A man reads the newspaper in Little India.

Today, ethnic Chinese form 74.2% of the Singaporean population, the Malays comprise 13.3%, Indians 9.2%, and Eurasians and Asians of different origins make up a combined 3.3%.

The four official languages of Singapore are English, Chinese, Malay, and Tamil. Although Malay is the national language, English is the common language used for business, government, and formal education.

In the early 19th century, Singapore’s policy of free trade attracted merchants from all over Asia and from as far away as the Middle East and the US. In 1832, Singapore became the center of government for the Straits Settlements of Penang, Malacca and Singapore. With the opening of the Suez Canal in 1869 and the advent of the telegraph and steamship, Singapore’s importance as a center of the expanding trade between the East and West increased tremendously between 1873 and 1913. 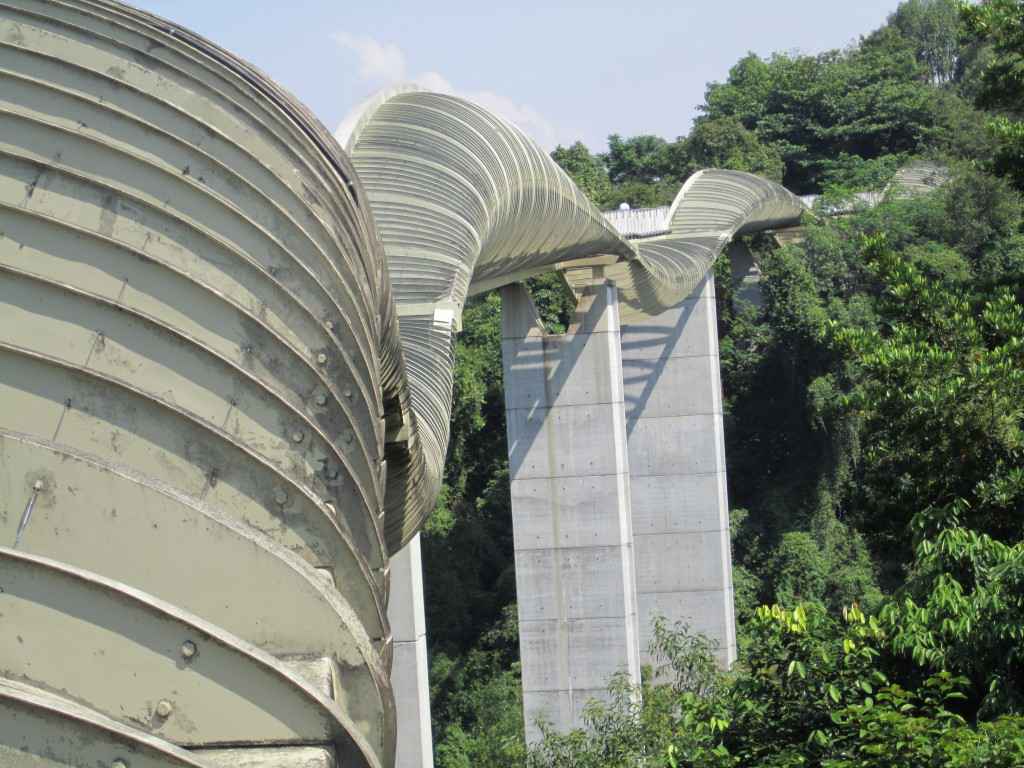 The Henderson Waves Bridge in Singapore

Singapore fell to the Japanese in 1942 and remained occupied for the next three and a half years. When the Japanese surrendered in 1945, the island was handed over to the British Military Administration. In 1959, the growth of nationalism led to self-government, and Singapore’s first general election.

Singapore is among the world’s busiest container ports today—the source of much of its wealth.

Architecture in Singapore ranges from the traditional: vernacular Malay houses, local hybrid shop houses and black and white bungalows; to the ultra-modern.

Although Singapore is heavily urbanized, it does have some green space, including a nature reserve. My favorite undeveloped area is the Southern Ridges, which includes a trail connecting several parks. Singapore has been ranked as the greenest city in Asia. 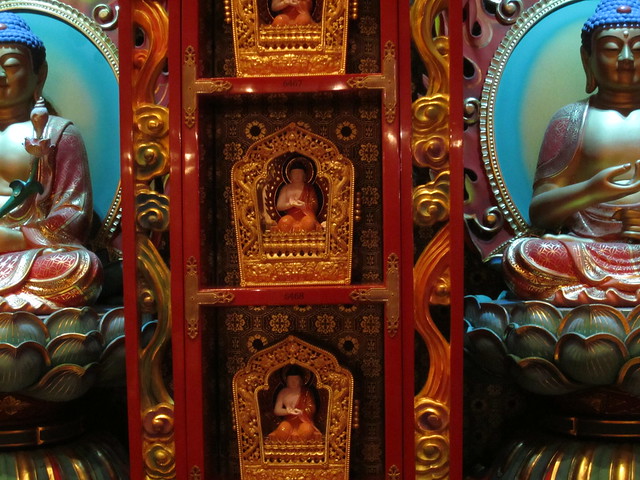 Singapore is well-known for its strict laws, some of which ban chewing gum, littering, jay-walking. Fines are extremely expensive. However, per a recent interview I conducted, this is not something the average Singaporean thinks a lot about.

There are an abundance of malls in Singapore. Don’t fight it! Learn to embrace the mall—it’s part of the local culture. (Here are 5 Reasons Malls Rule Singapore)

Singapore has the death penalty for drug trafficking. 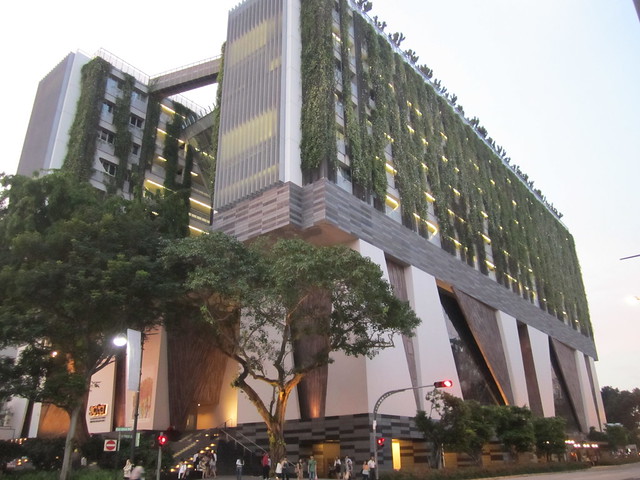 Singaporeans are well-known for their love of eating and shopping. You’ll find some of the best food courts inside malls! Better yet, look for the municipal hawker centers, which feature a variety of delicious local prepared food options.

Singapore is considered a very safe country with a very low crime rate.

Yes, the Singapore sling really was invented here. You can sip one in the very place it was created. Go to the Long bar of the exquisite Raffles Hotel.