At the bottom of Gujarat state, beyond the reaches of the vast Indian rail network, lies the island of Diu. It is one of the few former Portuguese territories in India. You’ve probably heard of Goa. Diu is smaller and not as well-known. 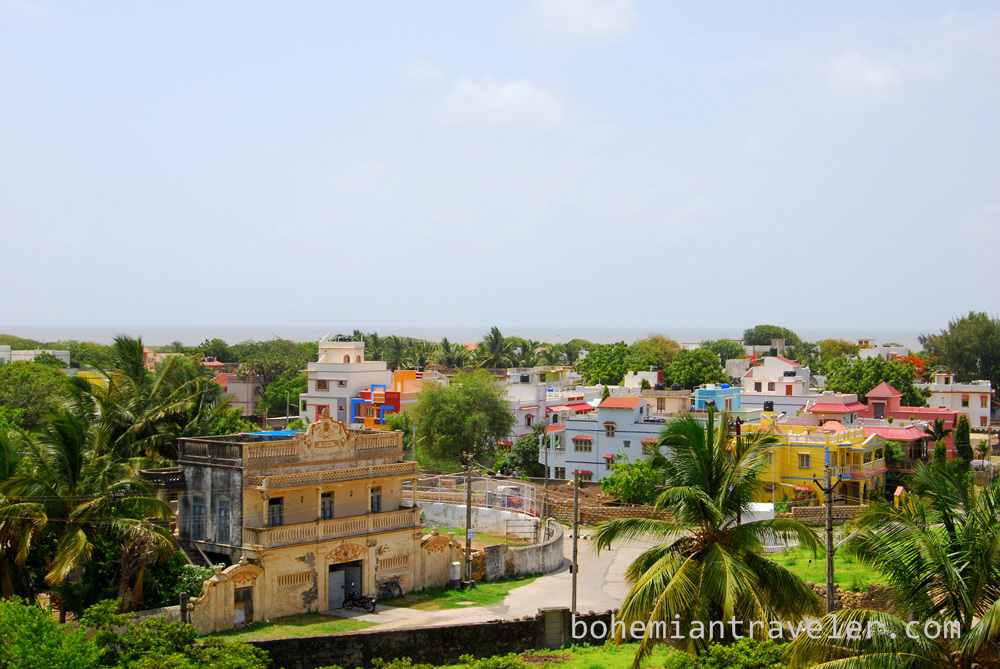 The island is only 11 x 3 km squared and administered under a separate government than neighboring Gujarat. Gujarat is dry, meaning alcohol is not sold.

This sets Diu up as the premier alcohol tourism destination for some 60 million Gujaratis—not that that many Gujaratis actually drink. Most are devout Hindu, Jain, or Muslim and abstain from alcohol. Not to mention that many couldn’t afford the luxury even if it were permitted.

Additionally, domestic flights arrive from Mumbai once a day bringing in a steady stream of urban partiers as well as families headed for the beach.

The first thing you notice about Diu is the cleanliness.

The current government has taken a “say no to plastic” campaign to the public. They’ve also hired a street-sweeping team that keeps the rubbish from piling up on the roads and beaches.

It helps that Diu is not so densely populated. About 20,000 people live on the island and a surprising number live abroad in the UK. Which leads me to the second thing you’ll notice about Diu: it’s quiet. The clean and quiet back streets of Diu, India.

Clean and quiet are two words I would hard-pressed to use to describe anywhere in India. That’s just the thing: Diu doesn’t really feel like India. If you’ve been in India for any length of time, this cleanliness and order is both shocking and welcoming.

Part of this foreign feeling is due to the fact that Diu wasn’t part of India until 1961, when it was taken over from the Portuguese. Not much of a Portuguese air remains, but Diu is different.

My afternoons in Diu were passed on the balcony of my second story room at Herança Goesa—where a Portuguese-descended family runs a guesthouse. A nice breeze blew through during the hottest part of the day. I was the only guest there.

Their home and adjacent six rooms are situated on a little hill which yields a view out to St. Paul’s Church, founded by Jesuits in 1600. Beyond that, out of view, is Diu Fort—the massive Portuguese fortifications dating from 1535.

If I suggested that foreigners come for different reasons than Indians, I might be right. Not that foreigners don’t like to drink, they do. But they can drink anywhere. In truth, I have no firsthand account. I didn’t see another foreigner the whole three days I was out exploring Diu.

It’s the off-season here in June. Tourism picks up in the fall. My new friends at Herança Goesa remind me of that. They have a coveted spot in the Lonely Planet guidebook so they consequently primarily serve foreign tourists.

Besides alcohol and tourism, Diu has a thriving fishing industry and also produces salt. I had been without meat for my week in Gujarat and was hoping to try some fish when I got to Diu. Unfortunately, I was informed that this isn’t fishing season either. Only the small boats are allowed out now. The big fishing boats have to wait until September. I suppose that’s the reason I saw so many big boats on dry dock when I visited Vanakbara.

What to Do in Diu

Rent a scooter to see Diu properly. On your way to the opposite end of the island, there are a few beaches to stop at. Drink a coconut. The quirky Seashell Museum also makes a good pit stop. Captain Devjibhai V. Fulbaria has collected seashells throughout his 27 years in the Indian merchant navy. Now he has some 5,000 seashells on display and no doubt some good stories.

Captain Devjibhai V. Fulbaria in front of his Seashell Museum.

The Portuguese Fort is worth a close inspection, too. There are a couple churches to stop in, the most beautiful being St. Paul’s Church. Renting a scooter can also help lead you to some bird watching areas. Diu features dozens of species.

The well-surfaced roads and general lack of traffic makes riding a scooter fun and considerably less dangerous than anywhere else in India. I was lucky to be in Diu during the super moon and took my wheels out for a late evening spin. The orange street lamps and larger-than-usual moon illuminated my way along the oceanside drives as the rough waves crashed to the shore.

A man-made cave in Diu.

The Church of St Francis of Assisi has now been turned into a hospital.