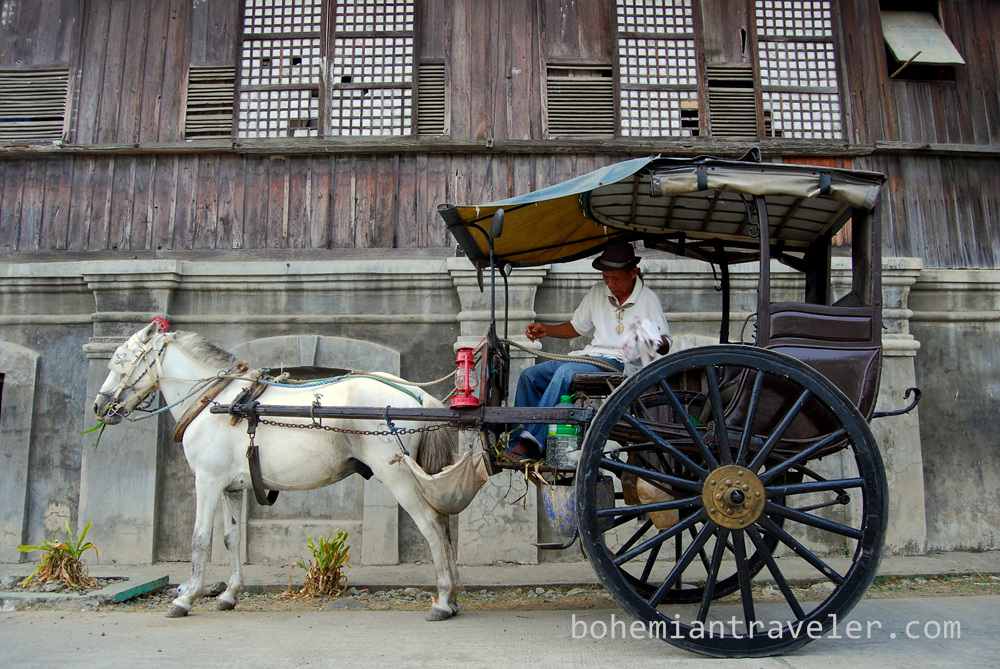 I could make a number of comparisons with Vigan. But really it is a unique city of The Philippines. Located on the west coast of the Luzon Island, it is a required stop on any tour of northern Luzon. Yes, in some ways it is a typical Spanish colonial city, but there were other forces at work which created Vigan.

While many of the old buildings in Manila were destroyed during World War II, a lot of those in Vigan remain, albeit, a high percentage of those are ramshackle. The architecture here is a fusion of Chinese as well as Mexican and Filipino. 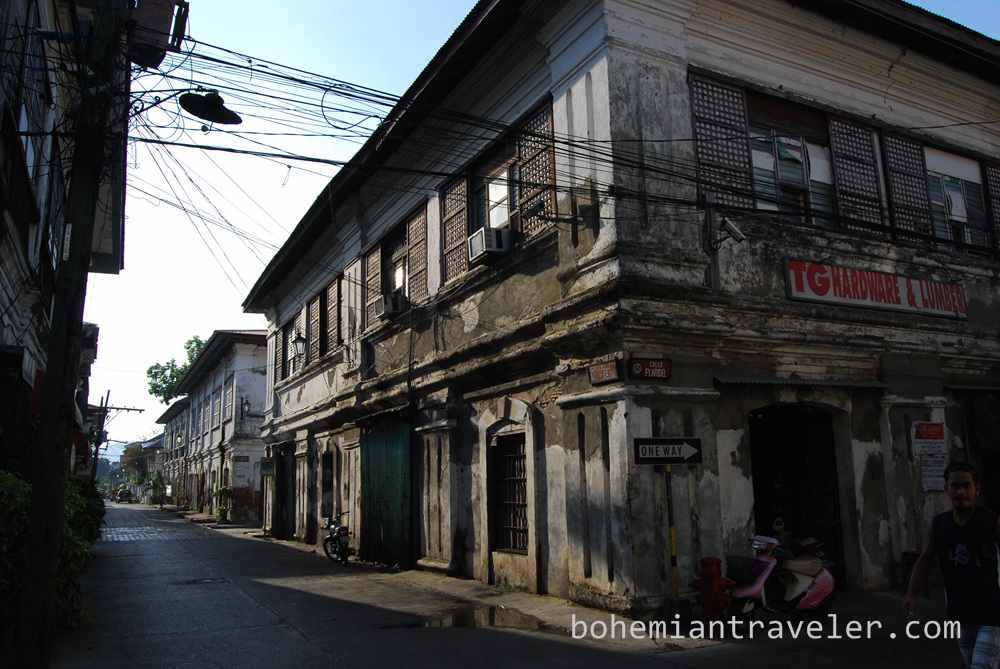 Long before the Spanish arrived, Vigan was an important trading post for Chinese junks, who exchanged silk and porcelain for the gold, beeswax, and other goods from the central Cordilleras Mountains. Many of the Chinese traders ended up settling in Vigan, which altered the ethnic makeup of the city as well.

Vigan was captured by the Spanish in 1572 by the Mexican-born conquistador Captain Juan de Salcedo. It grew to become a center of Spanish political and religious power in the north of Luzon. Ironically, the city later became an epicenter of anti-colonial resistance led by Diego Silang.

Touring Vigan from the back of a Calesa, a horse-drawn carriage

By far the most atmospheric way to tour Vigan is from the back of a calesa, one of the horse-drawn carriages. It’s an enjoyable leftover from colonial times. Actually they are still used by some locals who prefer them to motorized tricycles. But predominantly visitors are taken around for an hour or two and pointed out the town’s highlights by the drivers. 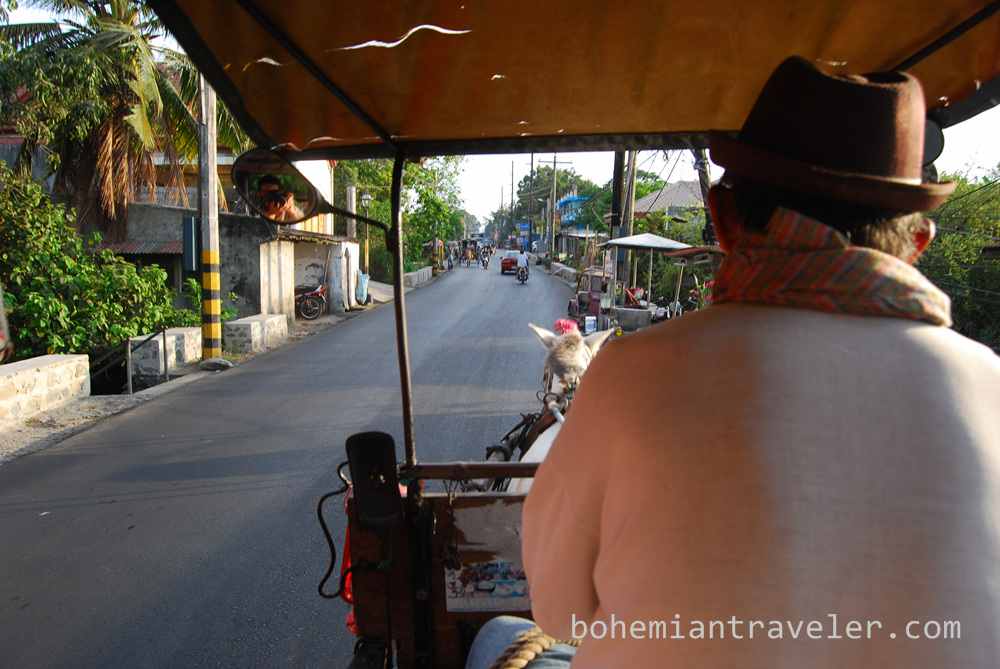 What I like most about Vigan is the fact that it is a living, working city. Yes, tourism has rooted firmly in the main street, Crisologo, which has been pedestrianized and given over to various souvenir shops and antique stores. But the Mestizo District, or old town, is still alive for the most part. Granted, there is a faded glory to the many crumbling façades and derelict structures, but that just adds to the city’s ambiance.

When I first arrived in Vigan, I was reminded of the Spanish colonial cities of Central America. But for the most part, Vigan is missing the colorful and grand buildings that are prevalent in cities like Granada or Leon in Nicaragua. It also prompted memories of Malacca, Malaysia, in the way that it is still a living town, and has not yet succumbed to tourism. I was also briefly reminded of Hoi An, Vietnam and Savaneket, Laos, with its decaying French buildings. 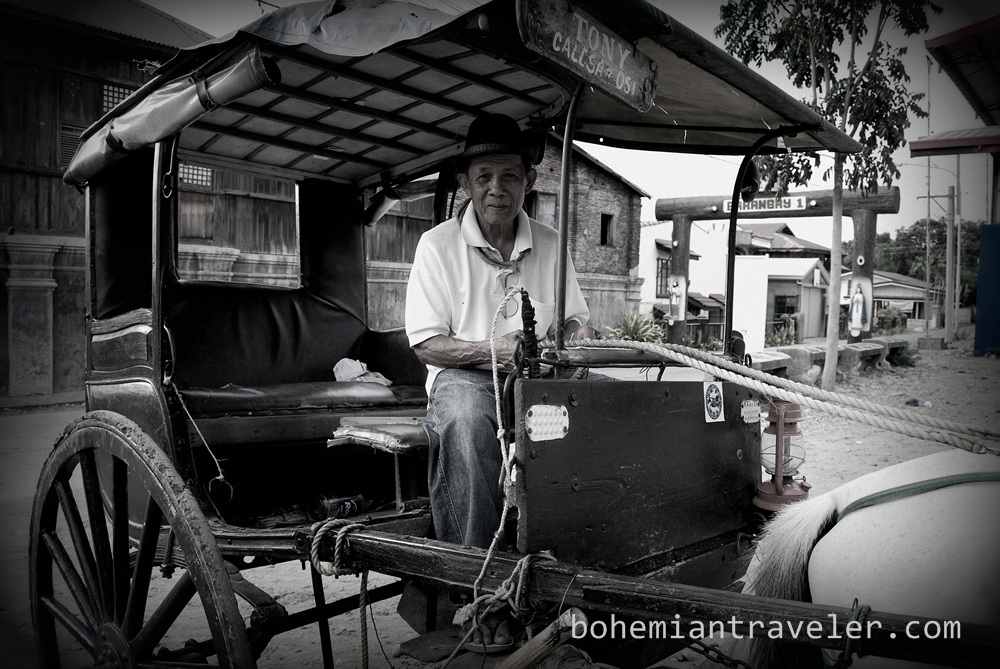 It’s always interesting to compare with other places, but let’s give Vigan the credit it deserves; a unique city and a real asset to history, architecture, culture, and tourism in the Philippines. UNESCO thought so too, and named it a World Heritage Site in 1999. 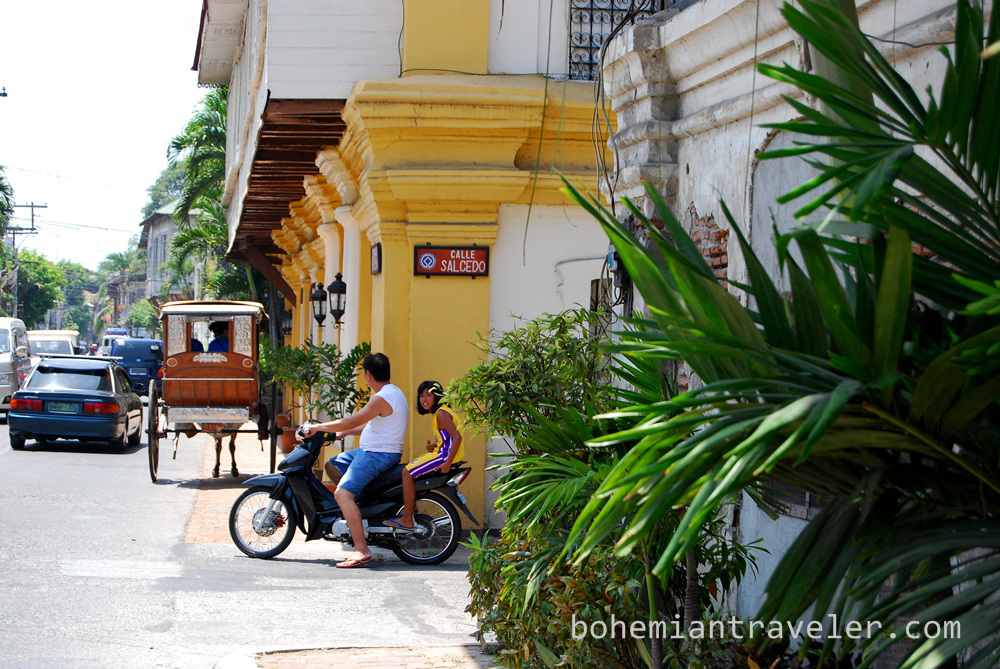 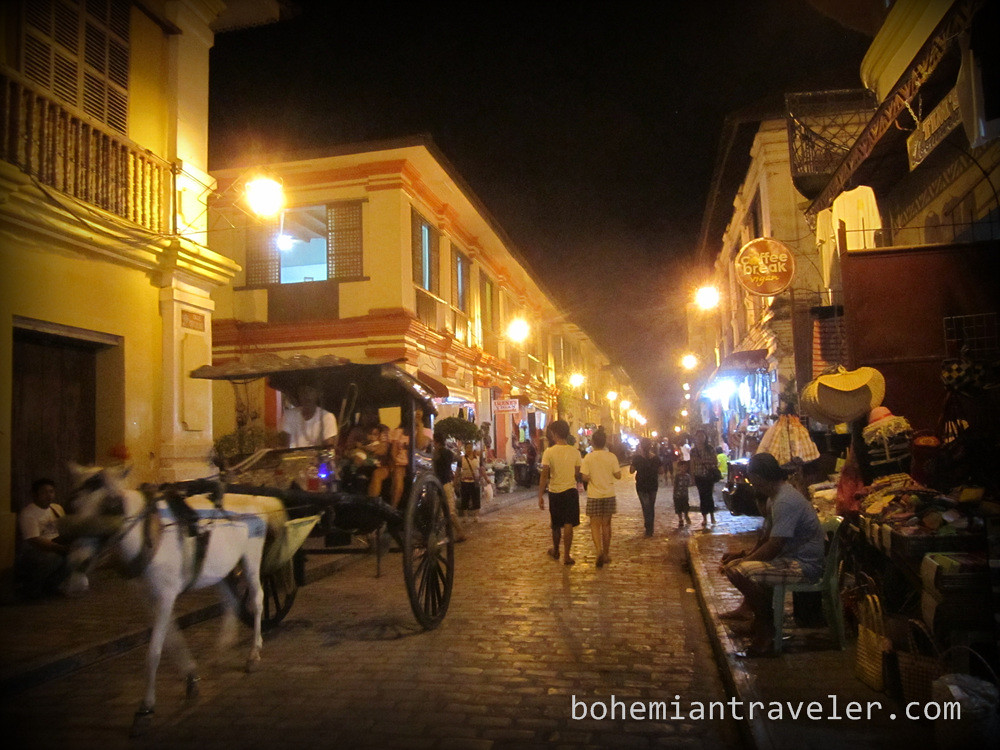 A horse carriage, or calesa, takes a visitor through the old district of Vigan in the Philippines. 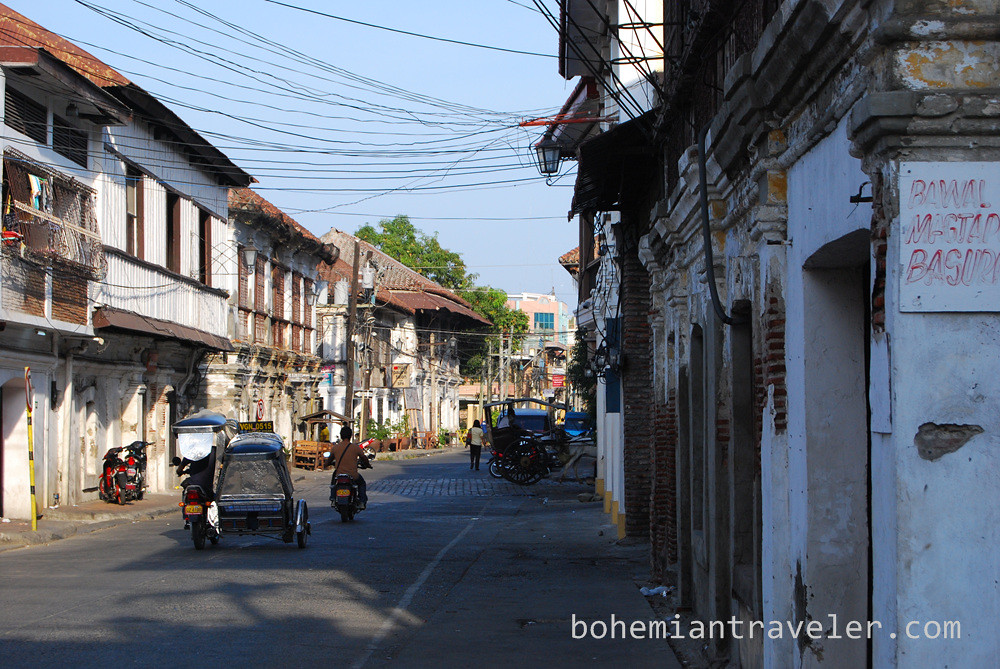 The old streets of Vigan see little traffic compared to other cities in the Philippines. 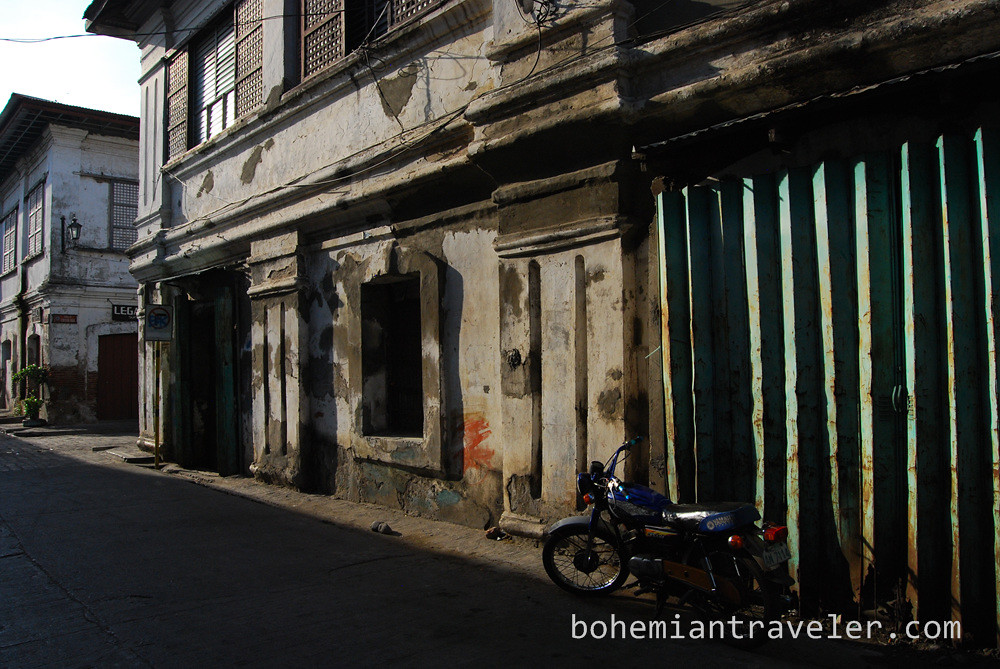 A motorbike parked outside the crumbling facade of a Vigan building. 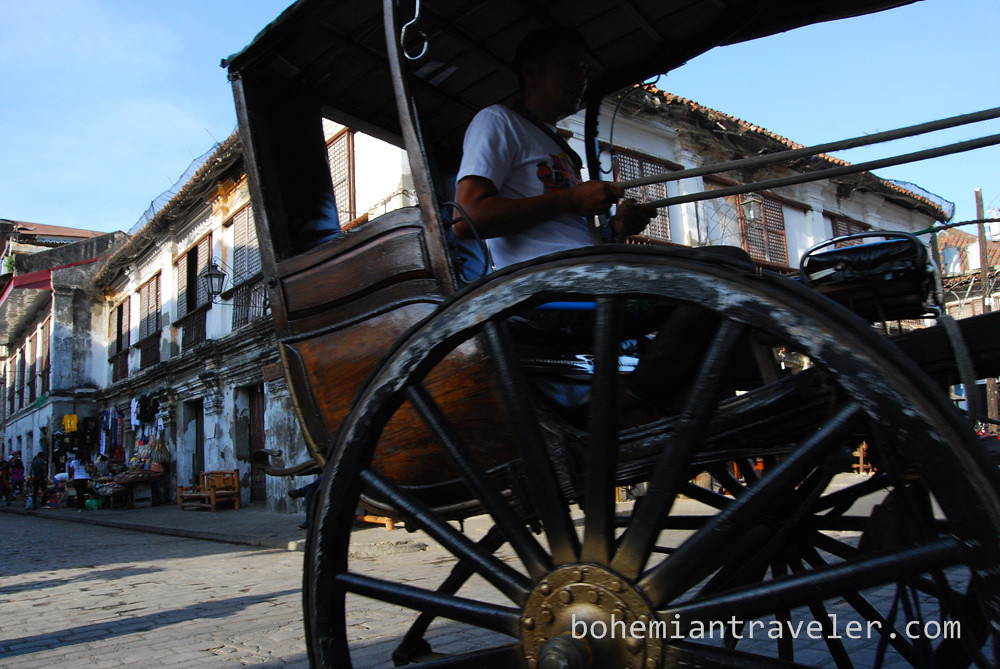 A calesa click-clacks past. 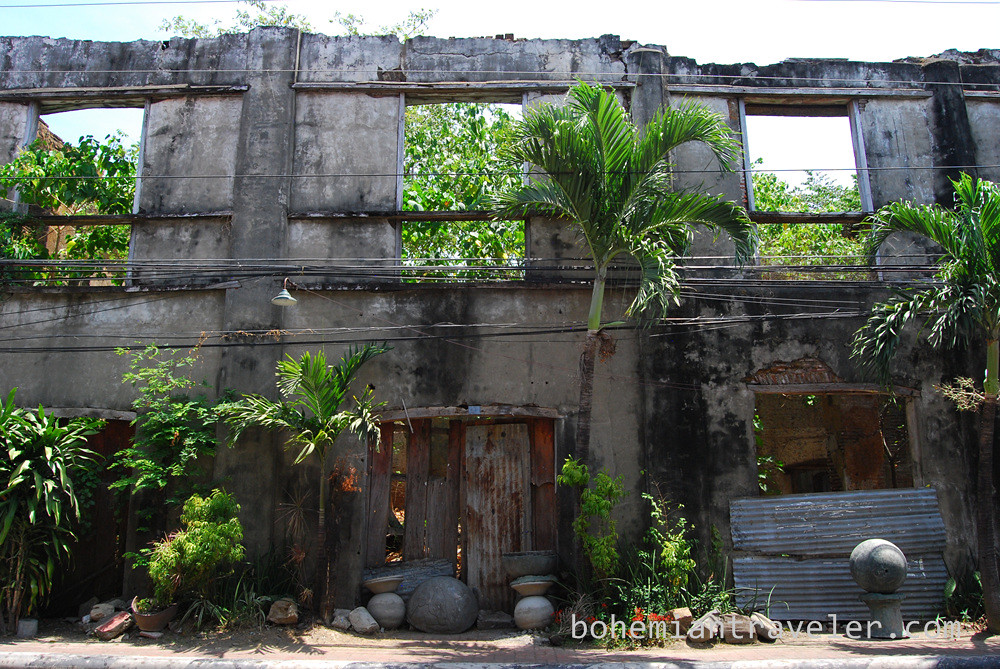 A vacant property in the center of town. 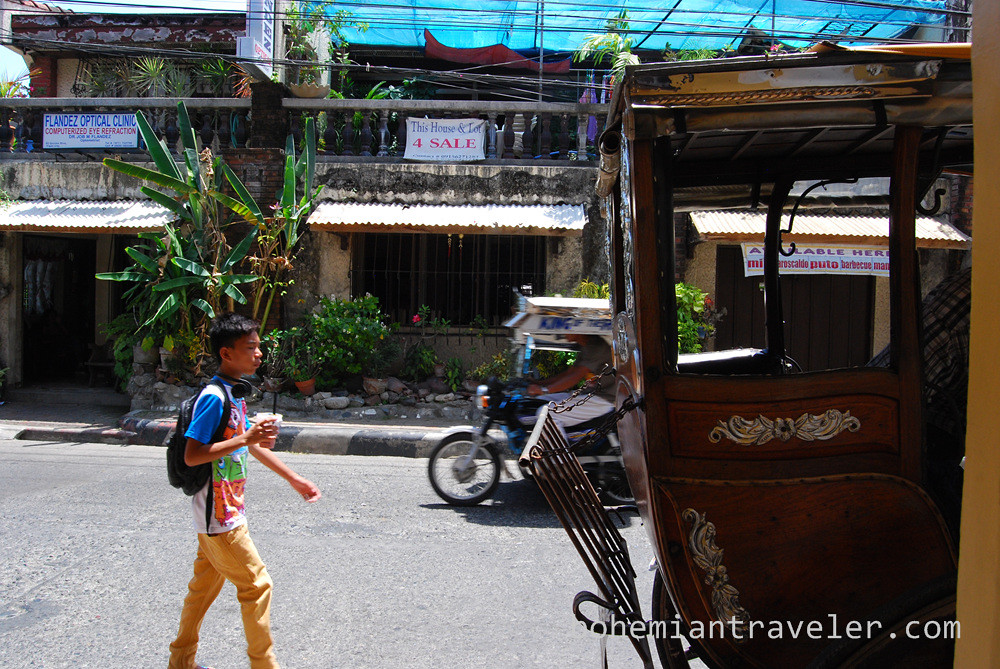 A street scene in Vigan. 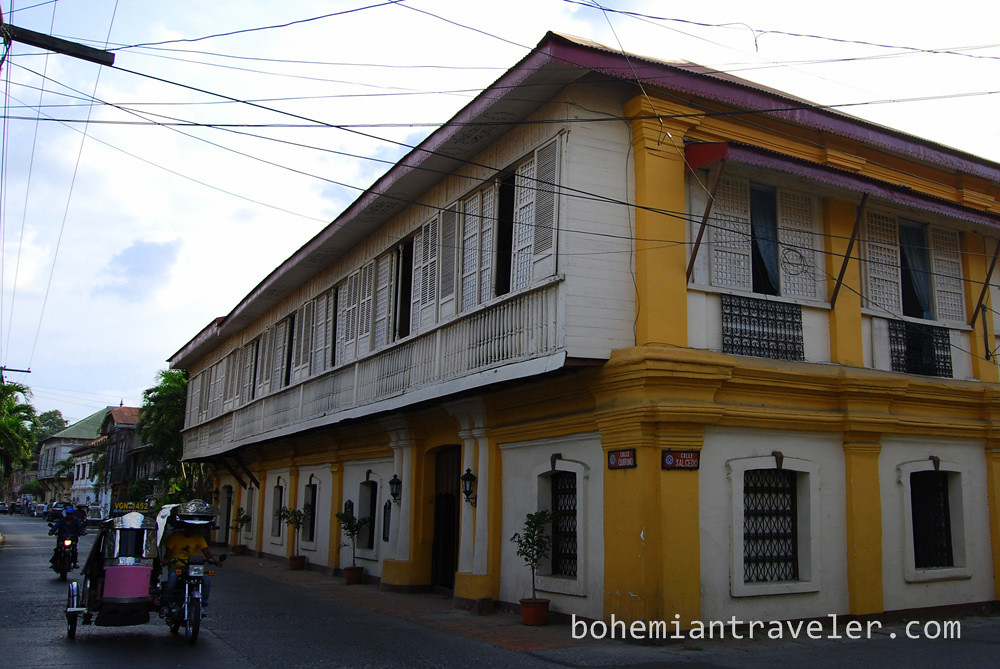 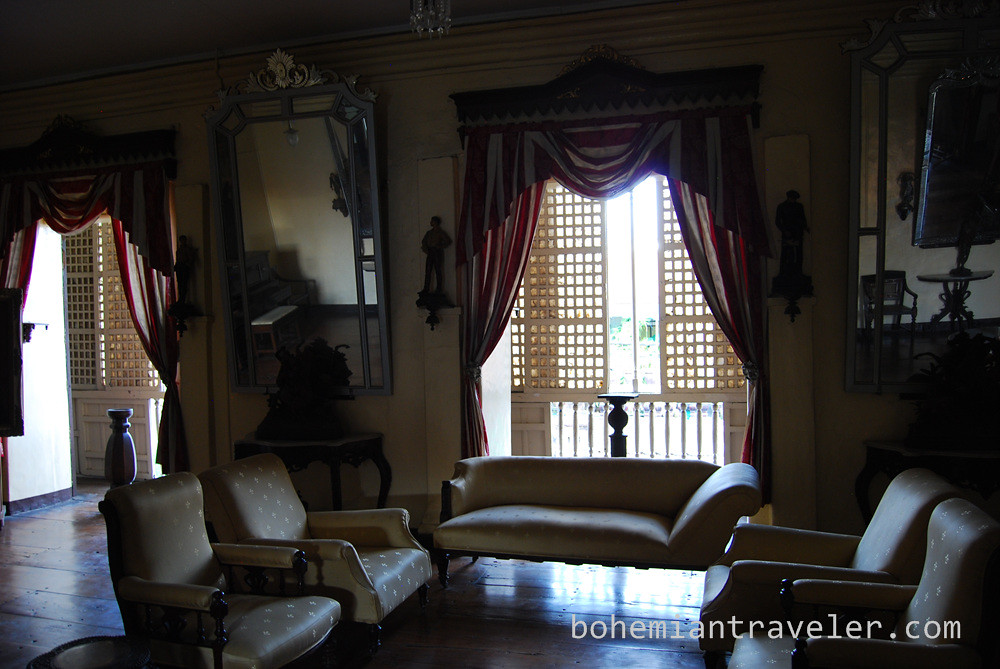 Inside the Syquia Mansion. 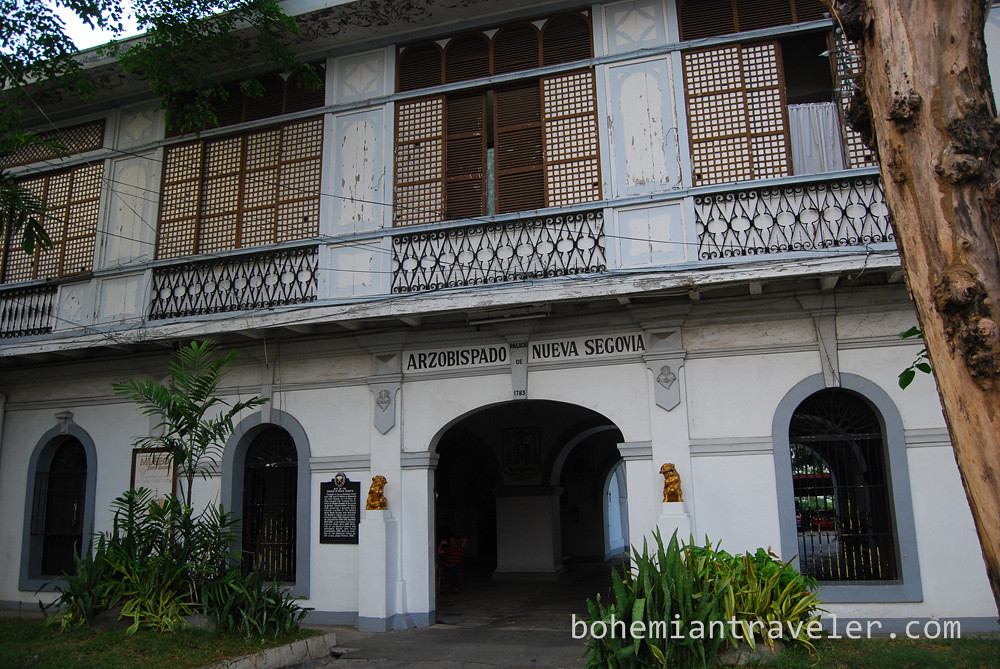 The archbishop’s house dating from 1783. 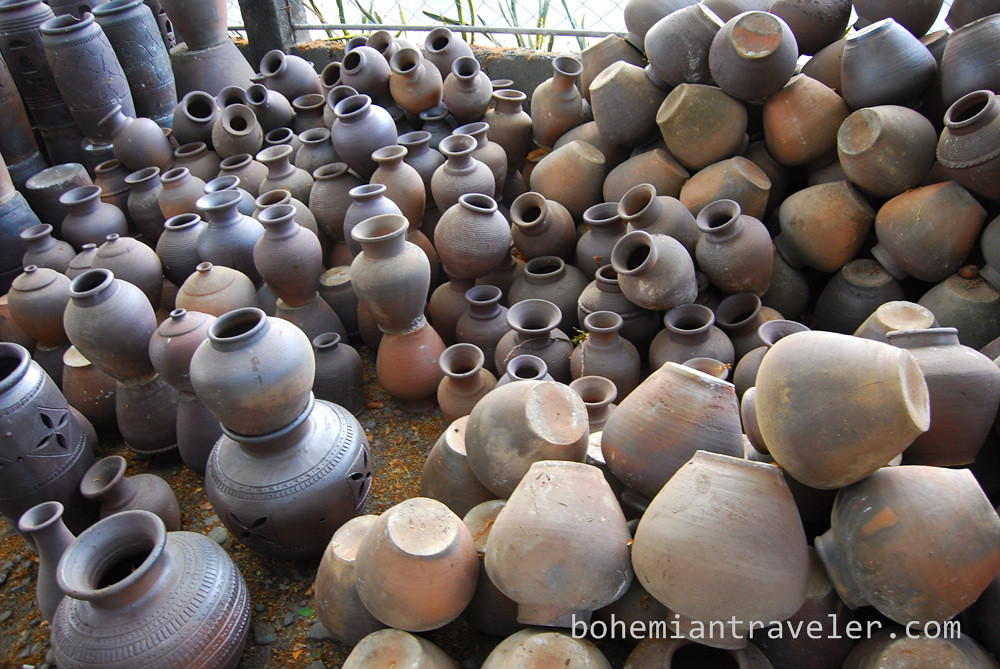 On display at a pottery factory. 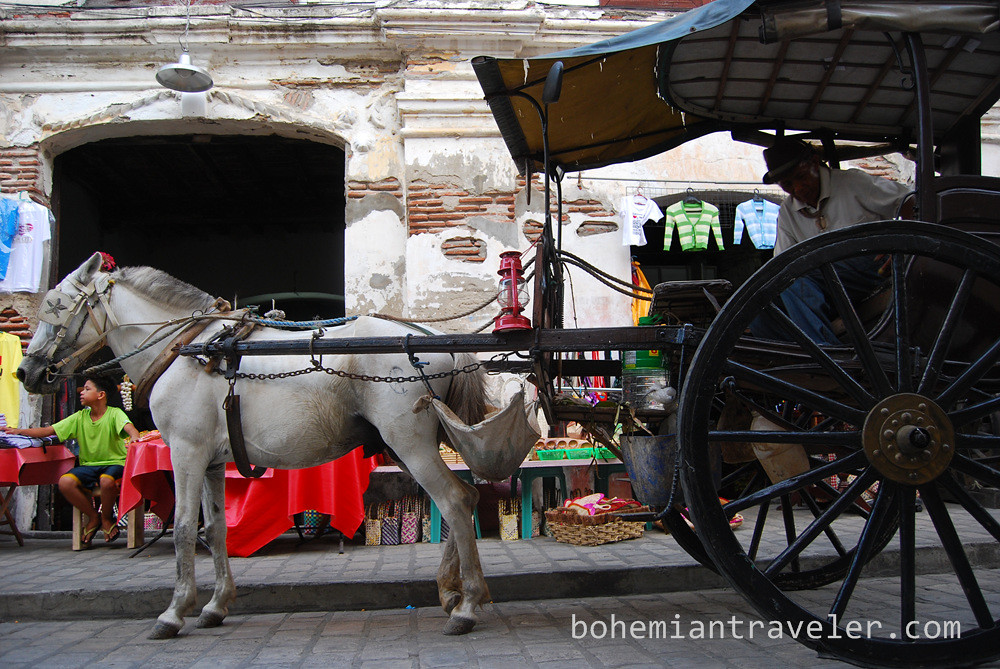 A calesa waits for its next costumer.