Snorkeling and Diving on Malapascua Island 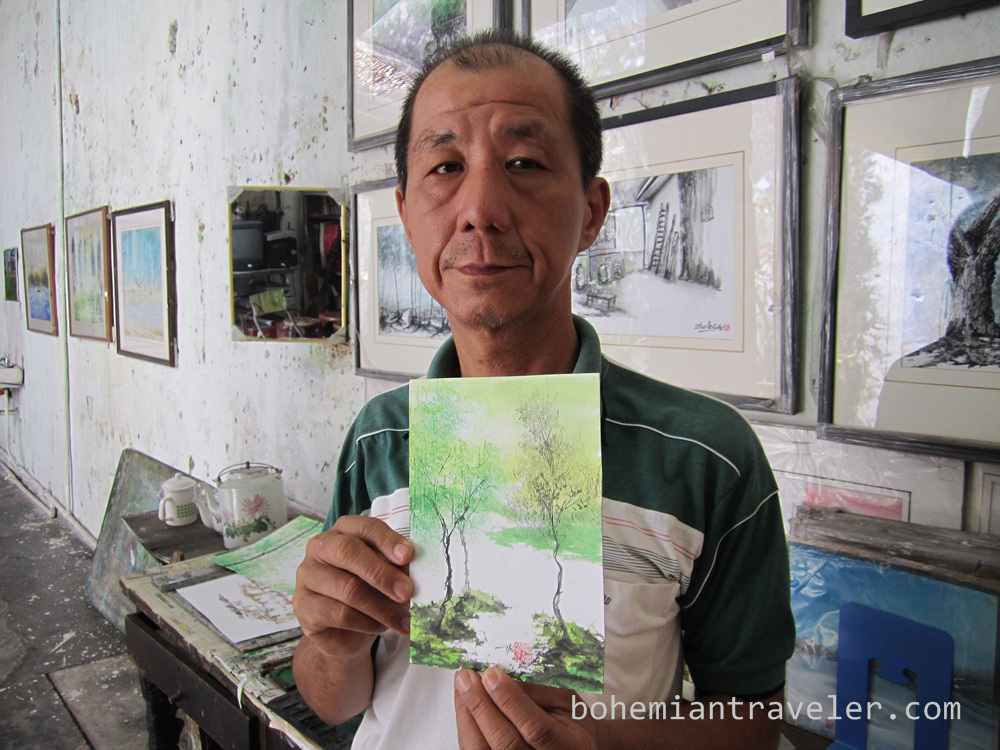 Back in 2011, I stopped in Melaka Malaysia for a few days on my 3-month trip through Southeast Asia. I nearly fell in love with the town. Back then I noted that the town was on the verge of over-touristification. I admired the fact that Melaka was more or less a living, breathing town. Sure there were plenty of souvenir shops, but the town was still alive with local life, not to mention its rich colonial past and history of multi-racial immigration. 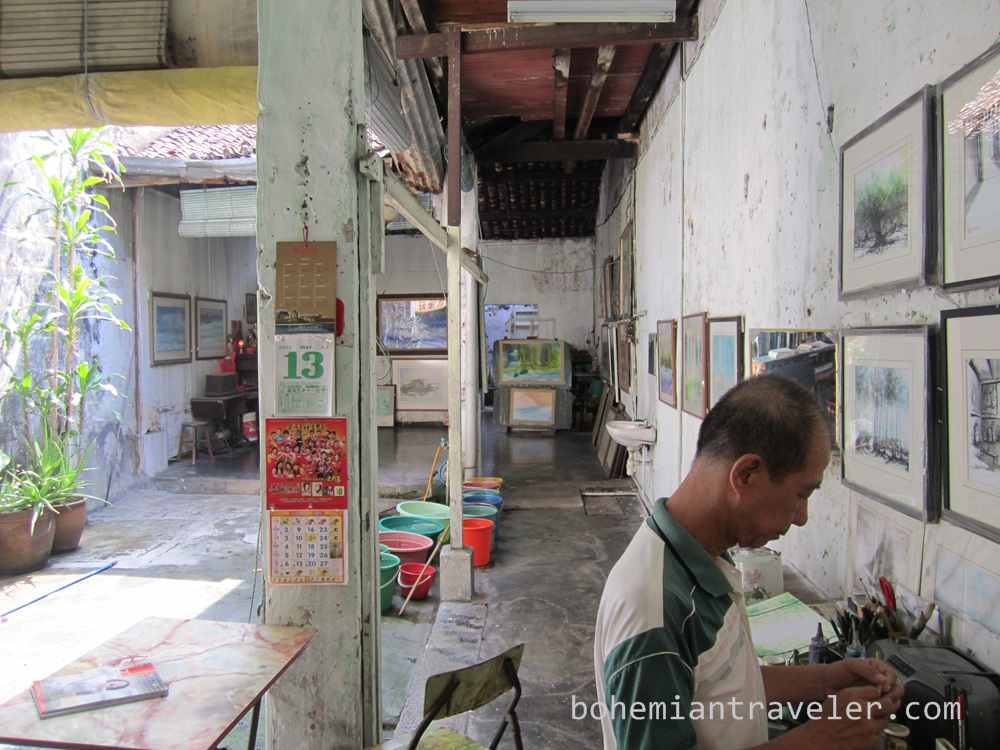 Stanley Ho in his studio in Melaka Malaysia in 2011.

On that trip, I stopped in to an art studio in the old town and met an artist. His name was Stanley Ho. We chatted a bit and I bought a few of his paintings. His studio was located in one of the old shop houses that were typical in Melaka  a couple hundred years ago.

I took a few photos with him and went on my way. Melaka left me with such a good impression, that I vowed to return.

Artist Stanley Ho showing his art during my visit to Melaka in 2011.

I’m in Melaka again. I don’t have much of a sightseeing agenda, just hanging around town, enjoying the vibe here. I have carefully plotted out all my meals. Eating is one of the Melaka’s highlights.

I have also planned to drop by Stanley Ho’s studio. He’s the only person I know around town and it would be nice to see how life is for him after two years.

Except one problem: Stanley Ho’s studio isn’t there anymore. 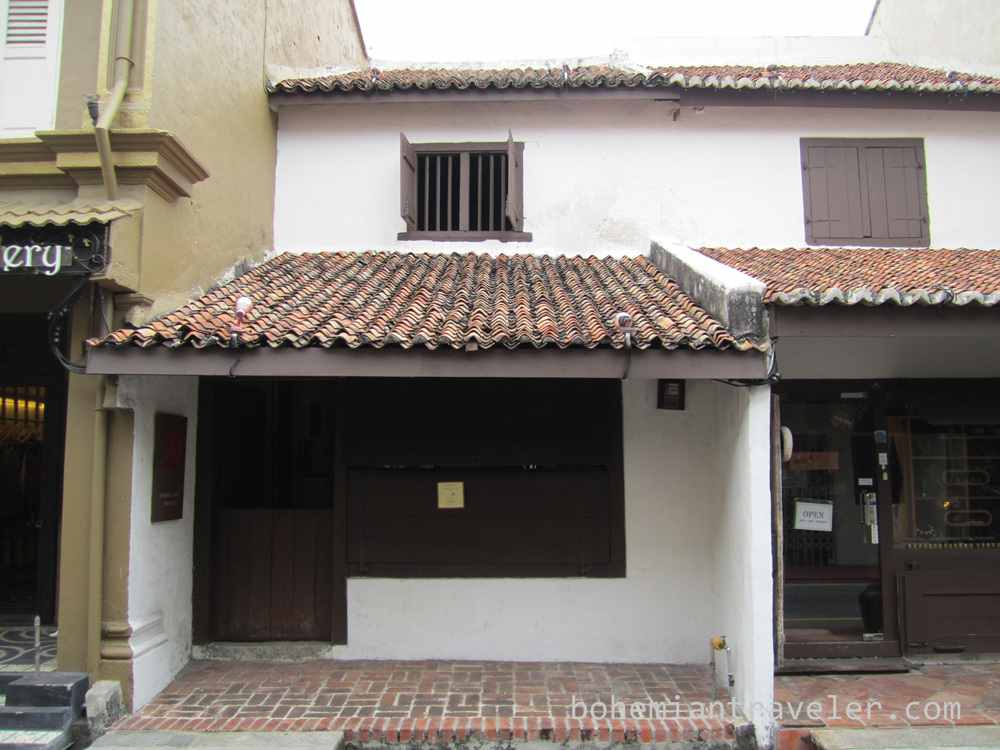 8 Heeren Street is not Stanley Ho’s address. It is the sight of what’s called a model conservation project. A non-profit organization had obtained funding in the early 2000’s to restore one of the old shop houses. Melaka has a long and varied history and architecture has been modified over the years. There were colonial powers at work here too: the Portuguese, the Dutch, and the British. All the while Chinese and Indian traders settled and inter-married with the local population.

8 Heeren St. is an example of a former shop house. The shop, opening up to the street was in the front, while the house was in the back. This type of construction was typical of those built in Melaka between the mid-1600s and the late 1800s. It’s open every day of the week for visitors.

“And here is the preserved inner-core and the buffer-zone.” I’m looking at a map of Melaka with one of the volunteers at 8 Heeren Street. Melaka was declared a UNESCO sight in 2008 and subsequently construction is now regulated, especially in the historic inner core.

“So how is it that a Hard Rock Café was allowed to be built last year?” I ask.

“Ahhh…” He’s hesitating. I can tell he’s uncomfortable. The new and unsightly Hard Rock Café clearly falls within the inner core on the UNESCO map.

“It sounds like a bit of bribery to me.” I suggest.

He doesn’t confirm or deny my statement and I can tell it’s not something he’s happy about or wants to discuss.

The two volunteers are quite friendly and they continue to explain the history of Melaka’s architecture as well as the intricate cultural and ethnic makeup of the place.

After seeing the rest of the shop house, I thank them, and continue on my way. 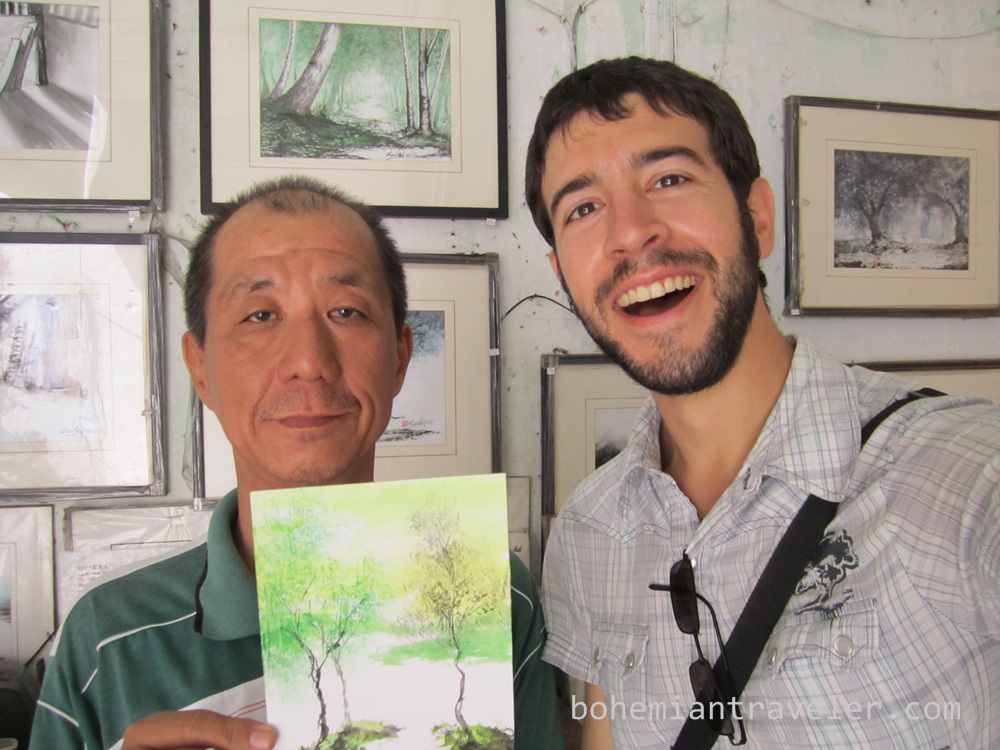 But What about Stanley Ho?

Halfway down the street, I realize I still have no answers as to the whereabouts of Stanley Ho and his studio. I turn around and head right back into 8 Heeren.

“A couple years back there was this artist name Stanley Ho. He had a studio right near here…” I explain.

“Actually, you’re not the first to ask.” He begins. “You see, a couple years ago, rent control, which was established right after the war [Second World War], was repealed. Rents have been going up ever since, and it’s driving people out.”

“That’s a familiar story in towns like Melaka around the world.” I add.

“A property that once cost 1-1.5 million ringgit is now about 5 million. This street used to have a lot of studios. Stanley got pushed out.”

“I’m not sure where he moved to, but you might try asking around at one of the other studios.”

I thanked him and left. I asked around at a couple of other studios but my search went dead. 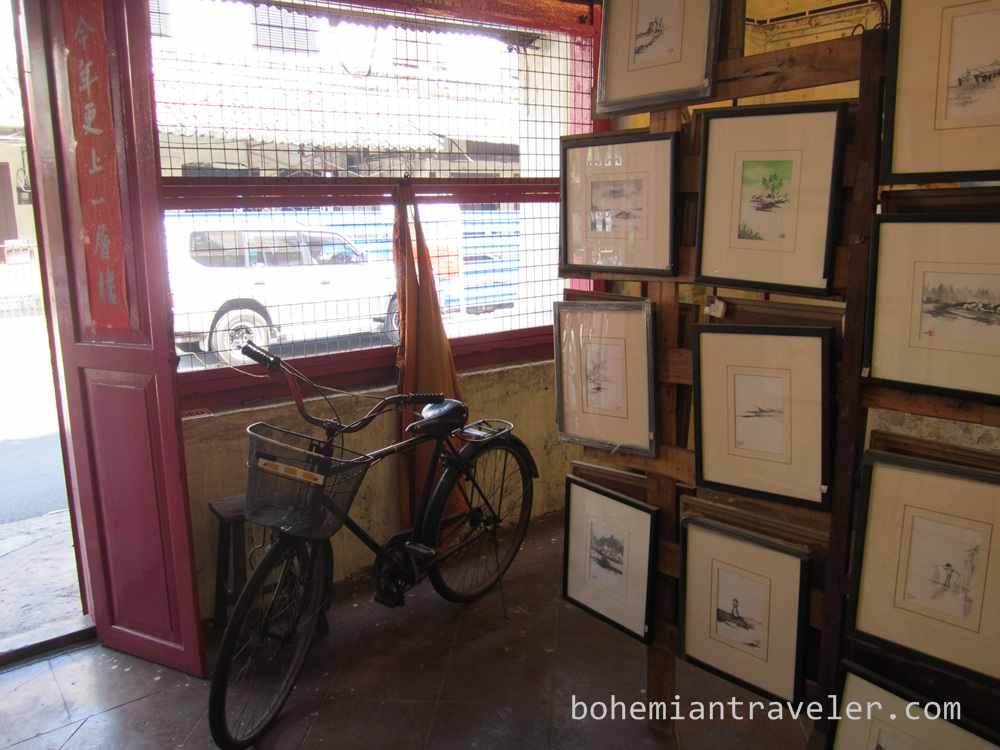 Now I am vowing to return to Melaka once again to find Stanley Ho and his art Studio. Do you know where he is? Help me find Stanley!