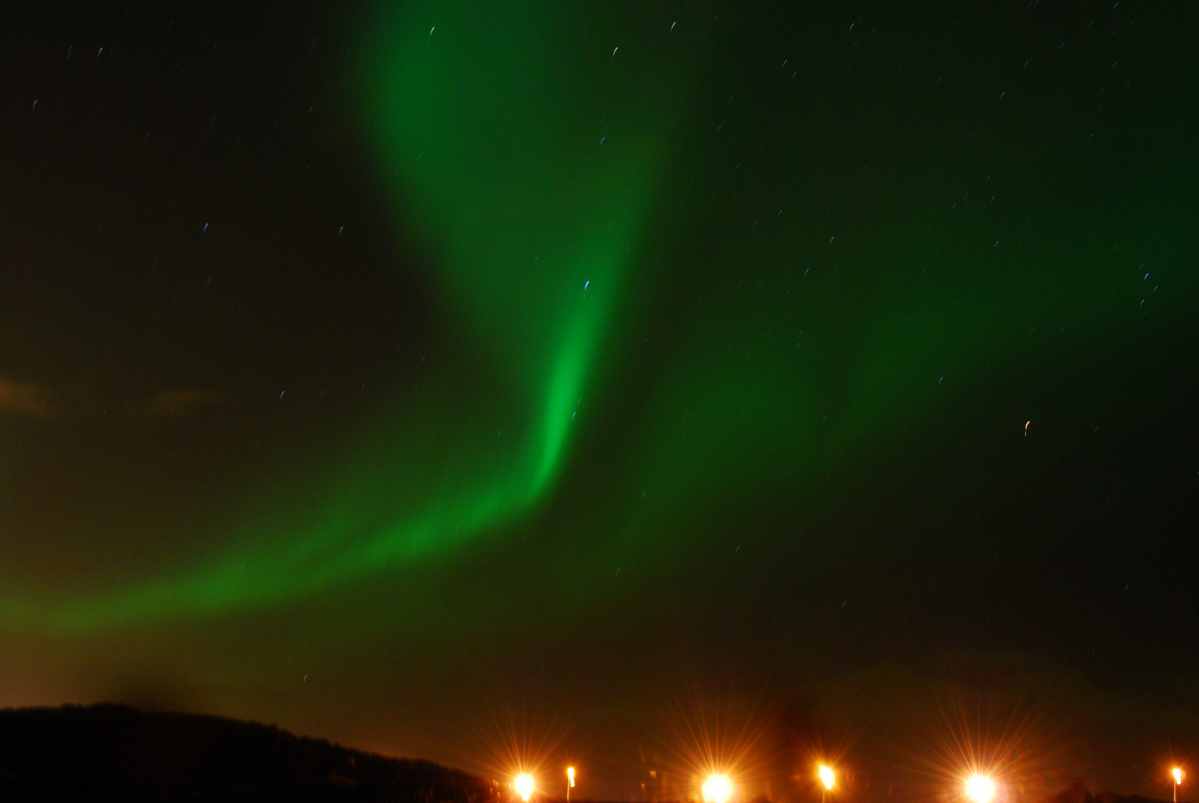 The northern lights as seen outside of Reykjavik, Iceland.

You can’t see the Northern Lights from Reykjavik. On the rare occasion that you can, you need to view them from a particular spot when they are particularly active. But it’s not like seeing them outside of Iceland’s 200,000-inhabitant strong capital.

So that’s why we drove off with Erich, a Canadian we meet at Reykjavik Backpackers hostel, out past the suburbs at 10pm. There were six of us who wanted to go, so one had to lay flat in the tailgate of his old Subaru rental car.

The excitement of the first glances of the aura borealis, as they are technically called, started right on the edge of town. We drove for about 20 minutes further and turned down a random dirt road. The road immediately crested a little hump in the landscape which blocked out what little light pollution remained.

Then we waited. It didn’t take long for them to begin. First they appeared above the horizon to the east. Those were stagnant and I rigged my camera to the top of the car and on the ground to get it steady. I should have had a tripod. Our shutters would need to be open for a few seconds to capture the green hues of the lights. 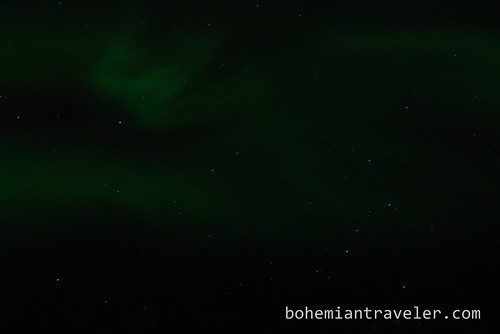 Viewing the northern lights in Iceland.

There was a reason we had chosen this night. Astronomers are able to measure the amount of solar wind, which in turn predicts the level of activity of the northern lights.

The aurora borealis is a natural light display in the skies of places in the far north or south which is caused by the collision of energetic charged particles with atoms in the high-altitude atmosphere.

Tonight was supposed to be the most active time of the week.

Soon they began above our heads. These were more of a shifting type. Before our eyes, the patterns of green were morphing and twisting. I’ve never been on psychedelic drugs, but I imagine it might be something like this. The six of us just stood in amazement, watching the show, attempting to photograph it. 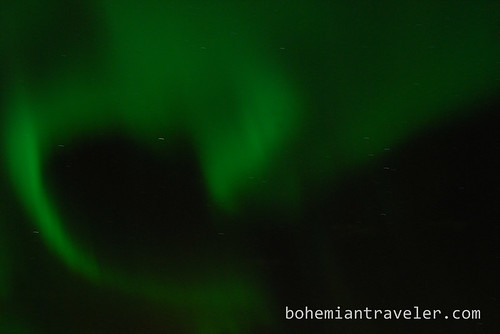 Trying to photograph the northern lights without a tripod.

My photos are by no means close to perfect, but I think I was able to capture the essence of the aurora. Not having a tripod made it quite challenging.

To view better photos from the same night check out Runaway Juno’s photos of the northern lights. Even though she didn’t have a tripod on this occasion, her photos are better than mine because she has a lot more experience with night time photography.

For a tutorial on photographing the northern lights, read this Matador post: How to Photograph the Northern Lights Wish I had seen this before I went to Iceland in November. 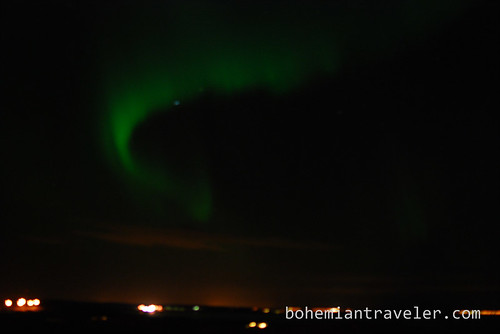 The northern lights as seen outside of Reykjavik, Iceland.

Reykjavik Backpackers is a convenient, centrally located place to stay in Reykjavik. It’s one of the least expensive options in downtown Reykjavik and maintains a very social atmosphere. It’s a great place to meet other young travelers and the staff knowledgeable and readily willing to help with travel plans and questions you might have. Web:  http://www.reykjavikbackpackers.com/ 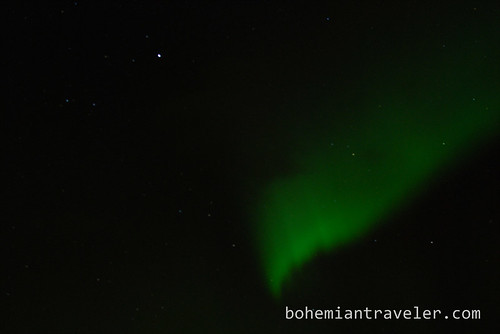 Visiting Iceland in the off-season is one good way to save money. Here are some other tips to save money traveling in Iceland.