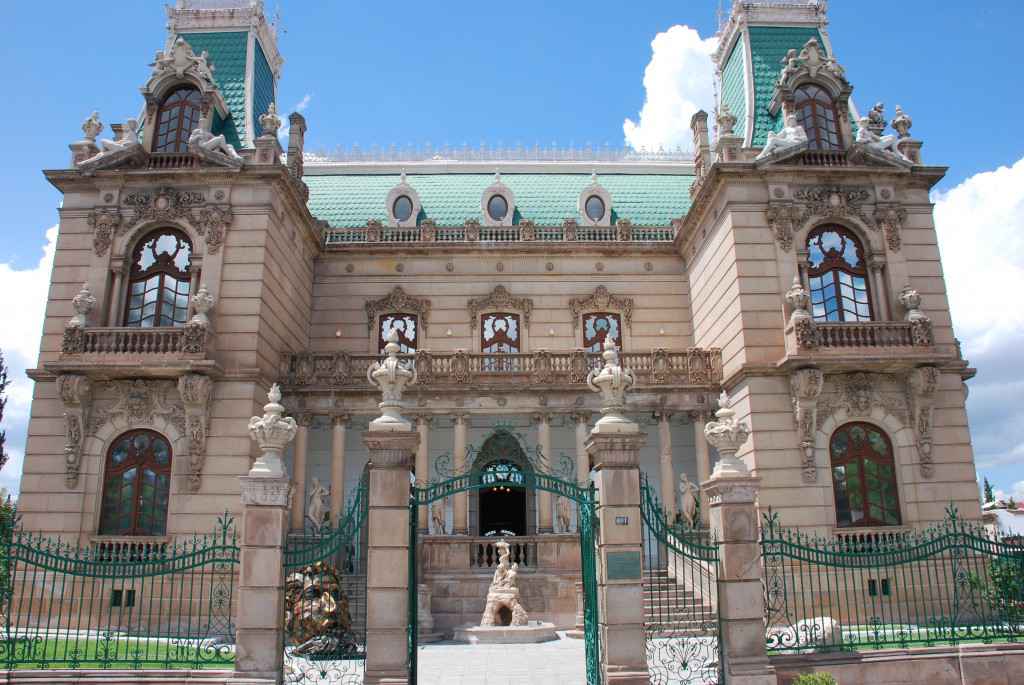 Successful mine owner Dom Manuel Gameros built this gorgeous mansion in Chihuahua, Mexico in 1910 as an exact replica of a posh Parisian home. It was a belle epoque showcase and an ostentatios display of wealth at the time. This just happened to be the year the Mexican Revolution began when revolutionaries like Pancho Villa developed a group of followers to try and take down those of the upper class like Gameros.

There were many groups with many different agendas that carried out the revolution, but according to Silvestre Cadena, this was his reason:

We entered the revolution having some ideals in mind, to get better conditions for the people; but there are too many rich people that have become richer at the expenses of the revolution; there are still too many poor people in the countryside. Why did we start the revolution? Why do we have to experience this misery?

Text and photo by Stephen Bugno