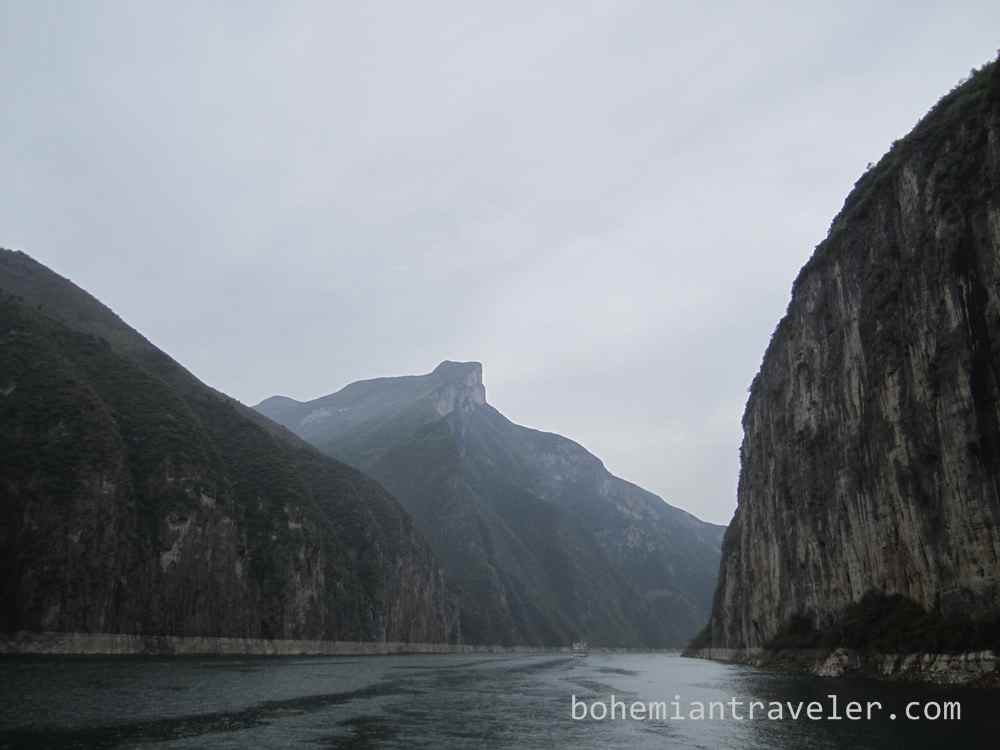 This Post is part of a series. Read: Cruising the Yangtze Day 1: Leaving Chongqing

The day before all I could think about was whether the fog would clear out by today. This would be the main event, the Yangtze’s magnum opus: The Three Gorges.

Our cruise had little purpose without visuals of the gorges. Yesterday had been some of the greyest weather we had experienced in all of China. In the morning, few onboard departed for the optional White Emperor City tour at Baidi Cheng, taking advantage of the opportunity to see the panorama of which is featured on the back of the 10 Yuan note. 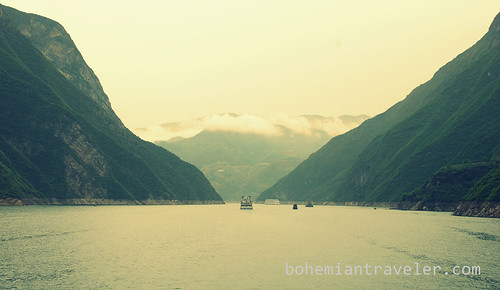 The First and Second Gorge

The first of the Three Gorges, Qutang George, begins 450 km from Chongqing, just past Baidi Cheng. Here, the waters narrow between the cliffs. Yes, luckily, the skies did clear, and despite the new water levels, it was still very impressive. All onboard viewed from the deck as we cruised through the 8 kilometer-long, shortest gorge.

The Second, Wu Gorge, begins at Wushan. Here many ships dock for an excursion up the Daning River through the Three Little Gorges, but unfortunately we didn’t have that option. Instead we sailed right on through Wu Gorge, which stretches for 45 kilometers. At the other end we boarded a smaller vessel and tugged up Shennong Stream, which is more of a lake now. This is another gorge and when it became too narrow we transferred into another, even smaller boat. 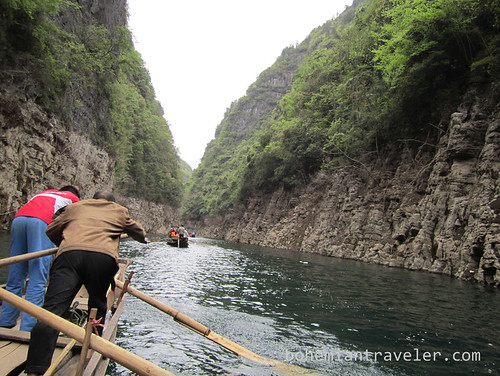 These boats had four oarsman each and they plowed us further into the gorge. At one point, they pulled us by rope from the shore, as is the old style way of traveling here. Most of these men had been farmers before, but with the rising water level, they were given a new opportunity in tourism.

Before midnight we would enter a series of five locks, which again, despite the hour, drew passengers outside. Here we would bypass the largest dam in the world. Read on in Day Three… 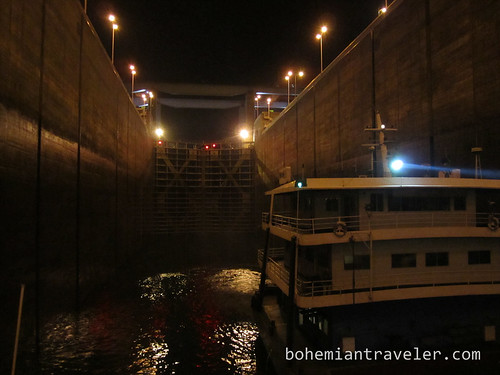 Disclosure: This Yangtze River Cruise is in partnership with ChinaTours.com  The opinions expressed are entirely my own.