Vomit and Cigarettes: A Ride on a Chinese Sleeper Bus

Vomit and Cigarettes: A Ride on a Chinese Sleeper Bus 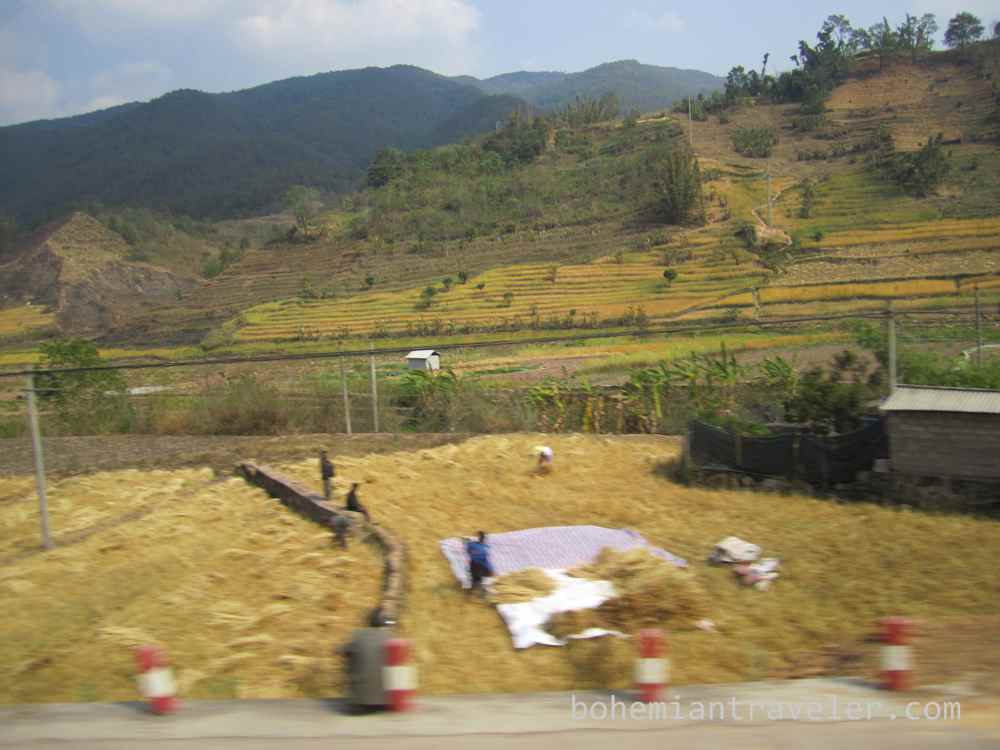 View from the road to Dali from Jinghong

The vomiting began just after we pulled out of the Jinghong bus station. We hadn’t even left the city limits and the woman behind me had already filled three plastic bags. We were on the sleeper bus to Dali in northwestern Yunnan Province, and I knew this was only the beginning.

The Chinese sleeper bus has two aisles and three rows and two decks of very narrow beds. I can’t see these buses being used in North America or Europe—people just couldn’t fit in them. This particular bus had the faint odor of dirty socks, probably from the provided duvets that hadn’t been washed in a few trips. Overall the odor was tolerable, and the bus floor stayed relatively clean due to the passengers removing their shoes before boarding.

Back to the vomiting. It was sounding so awful, so agonizing that I had to put my IPod to work. Unfortunately, I knew this wouldn’t even be the worst part of the trip. There were little ones, sharing space with their parents. Crying babies I can tolerate. I can also tolerate the extreme level at which people in China talk on their cell phones. Every time it conjures up the joke inside my head: “That’s why you’re using a mobile phone, so you don’t have to scream.”

The aspect of long-distance Chinese buses that I can’t tolerate is probably my number one grievance about traveling in China: smoking.

Today the modern American is so unused to enduring second-hand cigarette smoke. It’s forbidden in eating establishments, public buildings, and even bars in most states. To imagine that smoking once took place in all these places as well as in buses and airplanes is an improbable task.

Add to the quantity of smokers, the low quality cigarettes that most Chinese smoke. Then put these smokers on a long-distance sleeper bus without windows that open. Now you get the idea.

There’s no concept of “Oh, maybe it will disturb people”, or “maybe it will be unhealthy for the child sitting next to me”, or “maybe I don’t need another cigarette because I just smoked one five minutes ago.” There is none of that. Hard to believe, but this is the reality of smoking culture in China today.

The bus ride will take us 15 hours in all, from the tropical Xishuangbanna, populated with ethnic Dai, north up into an elevation of 2,000 meters, where we’ll arrive in Dali. Dali lies along the ancient Tibet-Yunnan road and is situated favorably between the towering Cang Shan Mountains and the great Erhai Lake. What was once a favorite haunt of foreign travelers is now a magnet for Chinese tourists.

Except for the hot temperatures and clear skies, Xishuangbanna overall was a disappointment. I had unrealistically conjured up some kind Bordeaux-like fantasies about the region. But instead of imagining picturesque vineyards, dignified chateaus, and wine tastings; it was mountainside tea plantations, ethnic minority villages, and tea tasting I had in mind.

Pu’er tea is my Bordeaux wine—and I had made a pilgrimage to the birthplace of tea. Tea is thought to have been first cultivated from a wild tea tree in this part of the world.

My plans were thwarted. I found no tours at the tea factories. The landscape was mostly hillside rubber plantations and industrial farms of sugar cane in the valleys. Due to my lack of Chinese language, the tea tastings were less than informative.

Back on the bus, I reclined in my upper-deck window-side bed, wrapped my handkerchief around my neck to cover my nose and lost myself into an audiobook about the Amazon. The landscape got progressively more beautiful. We passed rows of tea, terraced hillsides, and crossed the Mekong (called the Lan Cang here) three times with little fanfare. I drifted in and out of sleep, waking up each time in a cloud of tobacco smoke. We stopped every couple of hours, the mountains getting greener and steeper in between each rest.

As we pulled into a cool and rainy Xiaguan (new Dali city) at 1 am, I remembered to keep my expectations to a minimum, and to control my pre-conceived notions. 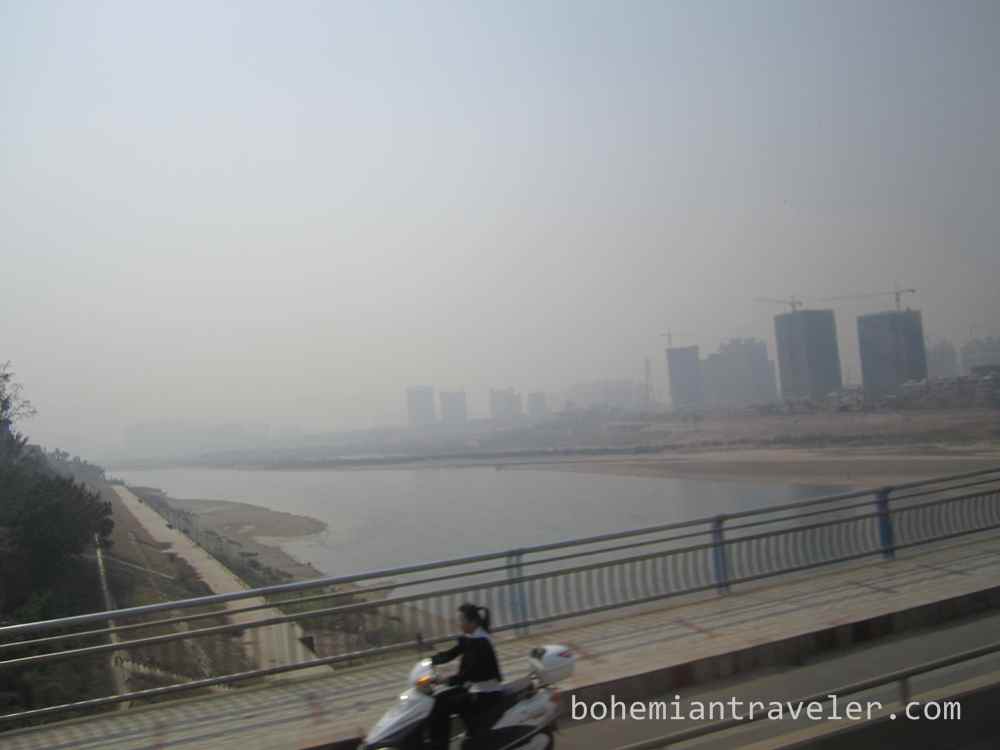