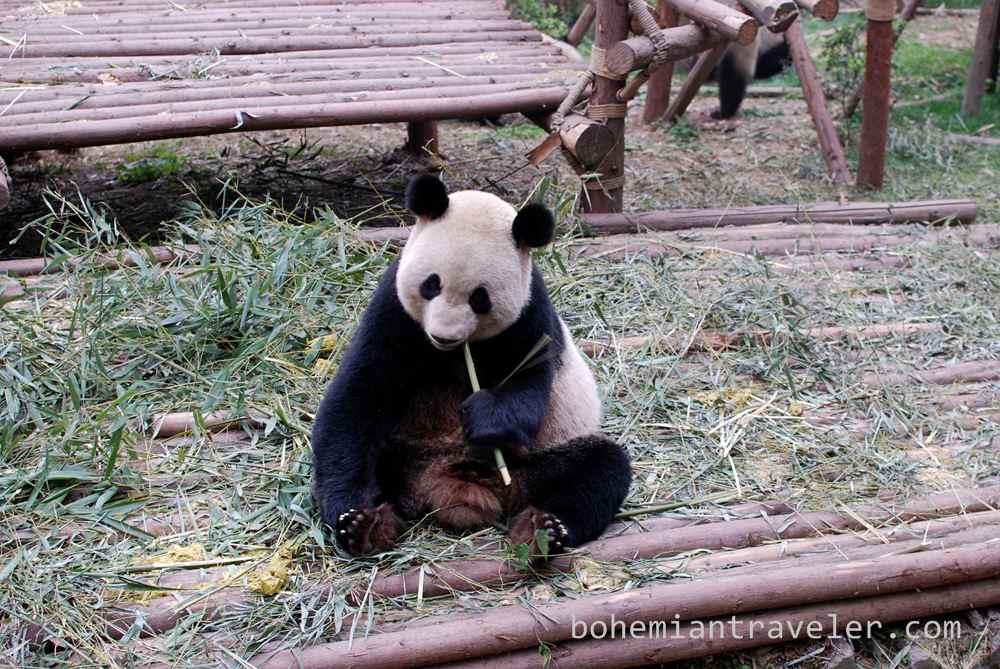 I’ve seen Pandas before—in the San Diego Zoo when I was a child and the couple on loan to the National Zoo in Washington, DC. But they’re always so far away it’s hard to get a good view. At The Giant Panda Breeding Research Base outside Chengdu, China, they are not. For hours I watched many of the Giant Pandas from close range—within a few meters—and fired away with my camera.

These “Great Bear Cats” as they’re called in Chinese, are beyond adorable, and the only animal I could confidently say the adults are just as cute as the babies. I watched, and smiled, and photographed, and laughed, and repeated the process. Most of their day, estimated to be 16 hours, is spent munching away on bamboo. You can observe them from such a close distance that you can see and hear them peel the bamboo, then crunch it with their teeth. At will they roll on to their backs and snooze, then randomly wake, move, or start chomping again.

This is where the Giant Panda originates—here on the cool mountains of China’s Sichuan Province.

The Research Base is basically a zoo, but it focuses on getting these sexually reluctant creatures to breed. It contains the most Giant Pandas, as well as Red Pandas, in captivity in the world.

Some facts about Pandas:

The base supposedly closes at 6pm, but no one was around to tell us to leave so we wandered back to the sub-adult area. This is when the teenagers really came alive—playing, wrestling, and running around. We lingered there for another 30 minutes before leaving. Enjoy the rest of the photos! 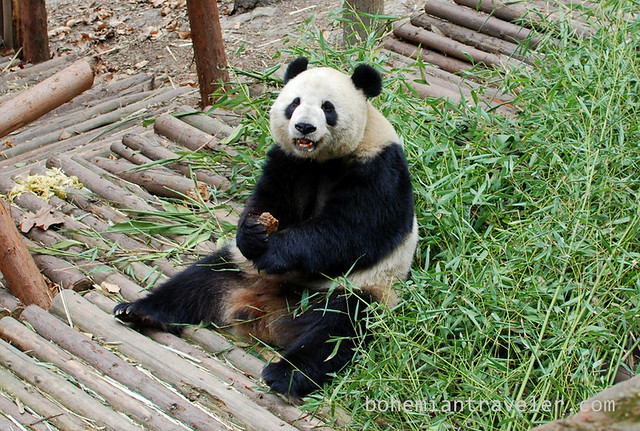 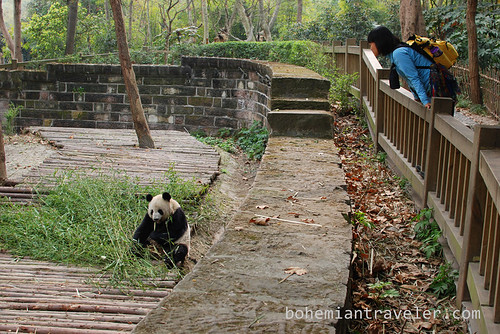 See how close you can get to the Pandas! 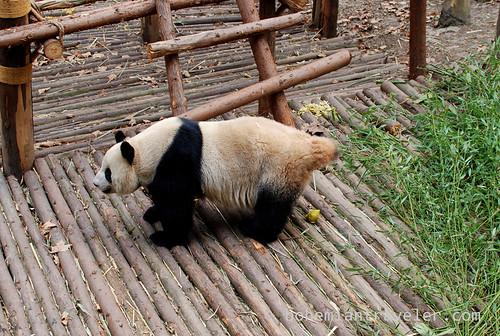 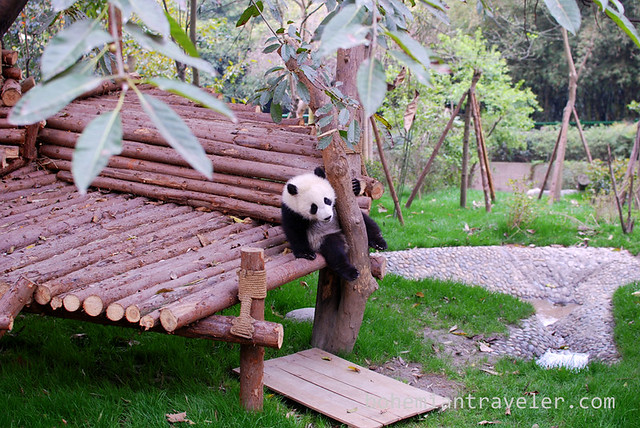 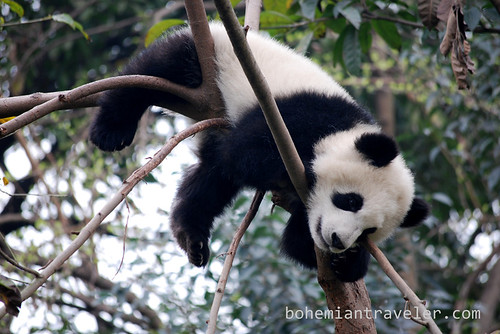 Panda cub up in a tree 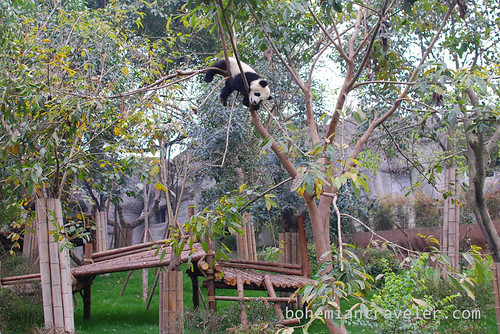 Panda cub in tree refuses to come down for dinner 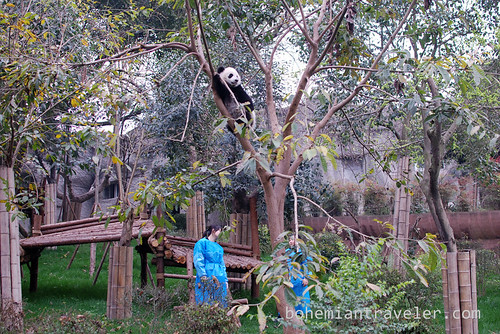 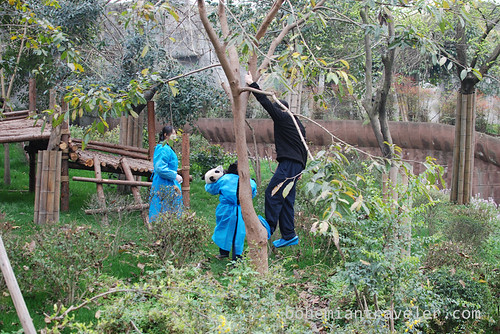 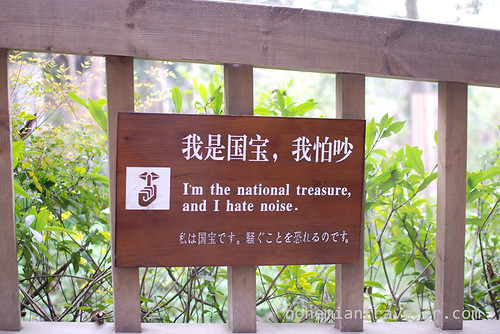 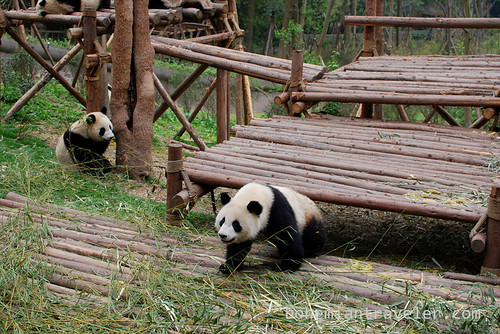 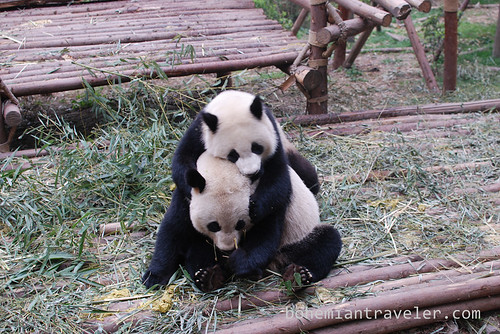 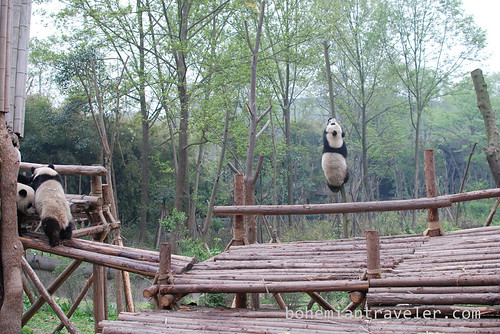 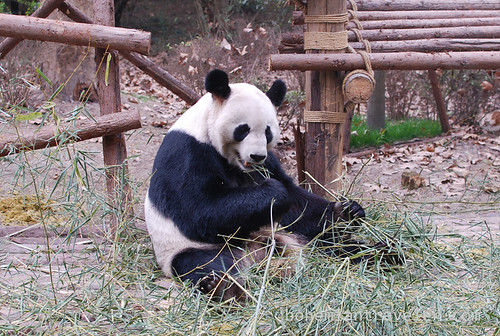 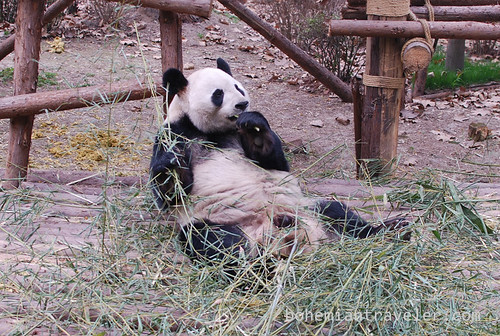 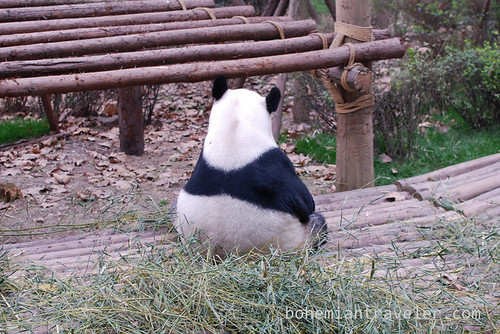 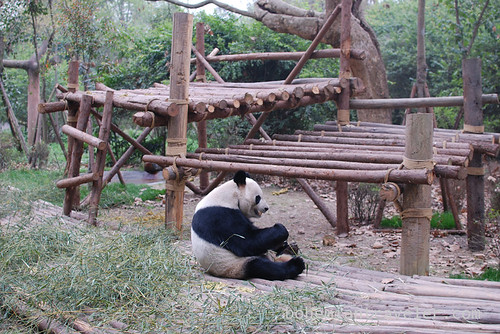 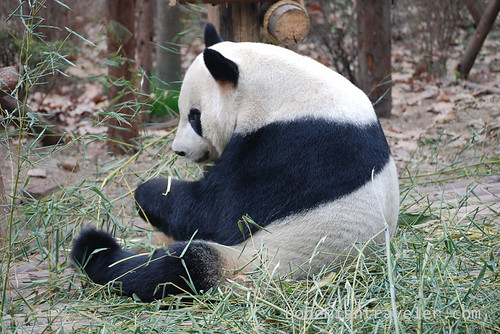 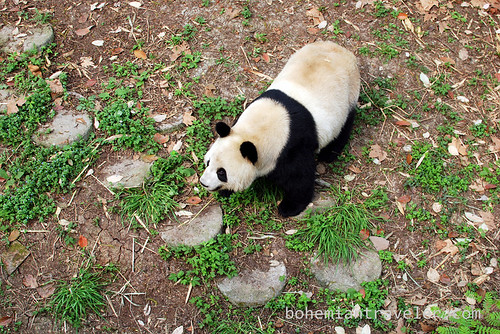 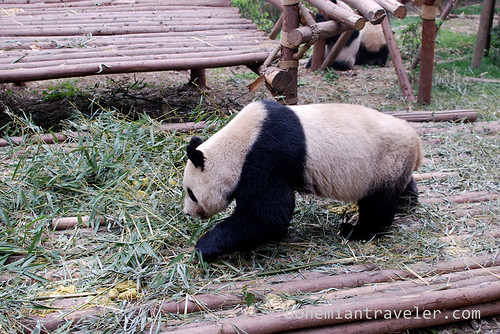