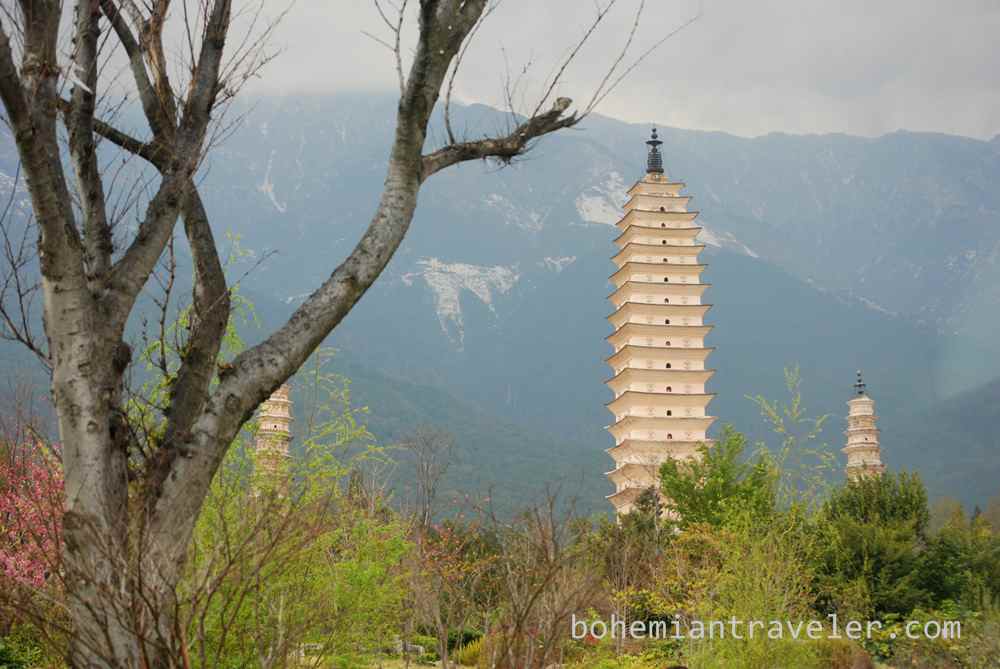 What happens when the Chinese are charging 190 CYN ($30 US) to enter the Three Pagodas in Dali, China? I walk around the entire walled complex, take a bunch of pictures from afar, and refuse to pay the outrageous entrance fee.

True, the Three Pagodas are probably the biggest draw for tourists in the region. They are some of the best preserved Buddhist structures in China. The Central Pagoda is almost 1200 years old and represents a period when Dali was a Buddhist Kingdom. The buildings behind the pagodas were destroyed in the 1920s earthquake and later during the Cultural Revolution and were rebuilt starting in the 1980’s. Also located behind the pagodas, is the massive Congshen Temple, which has recently been reconstructed.

But I didn’t mind looking on from a distance, trying to snap a few photos. They offered a ticket for 121 CYN ($19.20 US) to see everything minus the Congshen Temple, but still it was too much.

How about you? Would you fork over the money to get close to (you’re still unable to enter) the Three Pagodas?

How do you like my photos from outside the complex walls? Good enough?