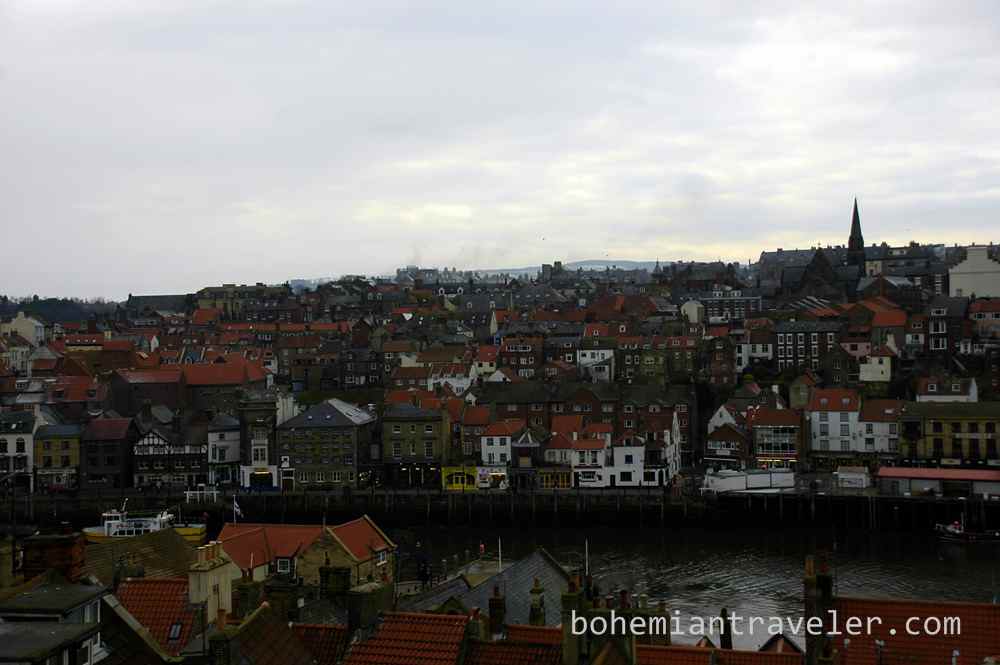 Whitby is a picturesque town on the north coast of Yorkshire, England. It was the home town of the explorer Captain James Cook and the place where according to Bram Stoker’s novel, Dracula landed in England.

Tourists head to Whitby for its intoxicating mix of scenery, seaside historical heritage and fish and chips—which some reckon to be the best fish and chips in the world.

Climb the 199 steps from the town up to St. Mary’s Church and the ruins of Whitby Abbey. There is an old cemetery up there and the view of town and out to sea is spectacular. Whitby Abbey is a ruined Benedictine abbey overlooking the North Sea on the East Cliff above the town. It is a Grade I listed building in the care of English Heritage and its site museum is housed in Cholmley House.

If you’re staying in London, it’s about an eight hour couch ride to Whitby. From York, it’s only 47 miles. Whitby is relatively isolated for a town in Britain. This has led to economic restraints throughout its history.

Whitby has a long history and there are believed to be many haunted sites. There are plenty of guided ghost walks available. You can also climb the old lighthouse. The taller of the two 19th century lighthouses flanking the harbor entrance is open to visitors in the busier part of the year. Whitby’s hilly streets make it an interesting place to walk around. 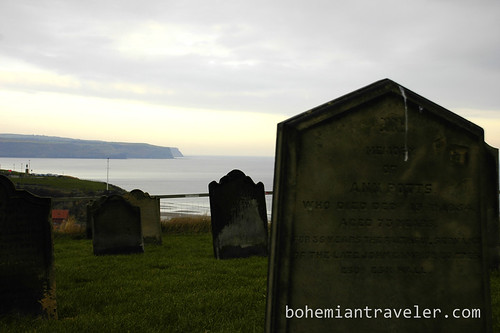 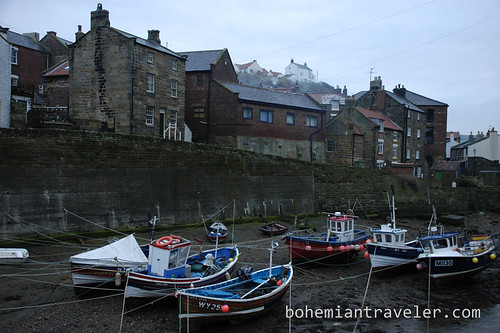 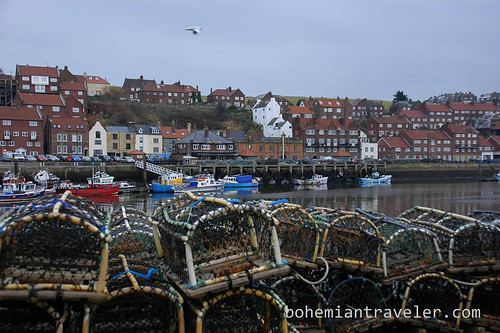