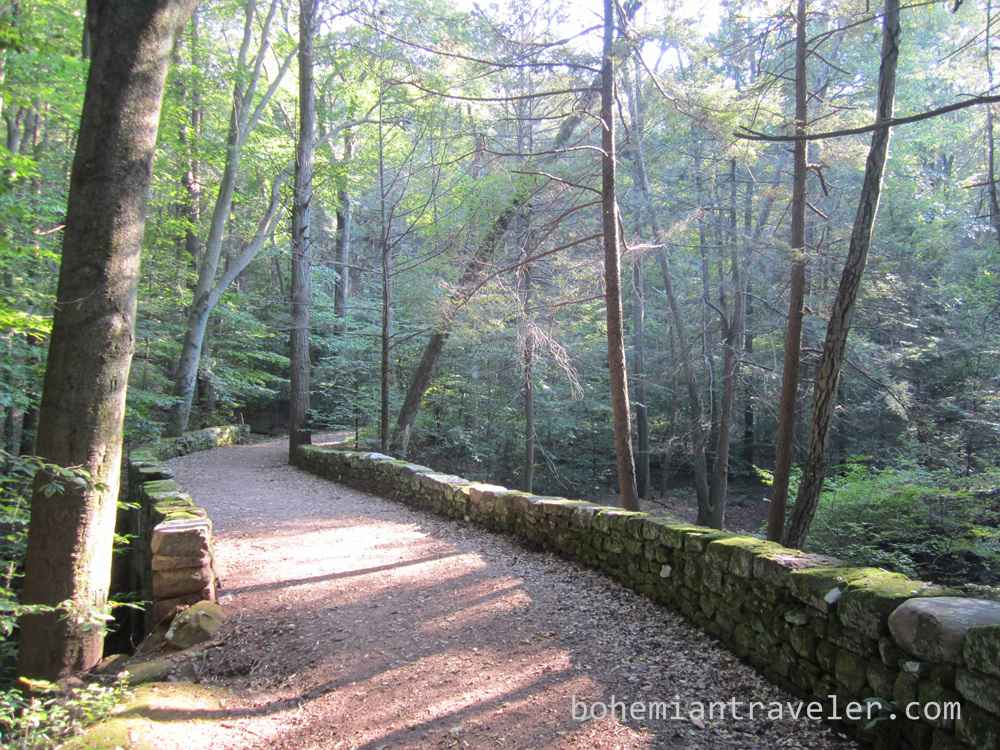 When you look at a map of Connecticut, so much of it is yellow, the color of urban areas. I’ve always thought of it as only being this, with lots cities and wealthy New York suburbs.

Around Middletown is Wadsworth State Park, protecting woods which were probably once farm or pasture land and two waterfalls. The property was formerly owned by Clarence C. Wadsworth, a scholar and linguist, who held the rank of Colonel in the New York National Guard before marrying and settling in Middletown.

Here he became involved in a 40-year effort to preserve the natural beauty of Wadsworth Falls for all people. There are miles of walking trails through the park to view the waterfalls. He also left the Wadsworth Mansion, now known as Long Hill Estate.

We strolled around the mansion and its property, walking up the old Olmstead-designed carriage way, which is lined with stone walls and large trees. In the state park there are more stone walls to walk along and a beautifully arching stone bridge, built by the Civilian Conservation Corps. 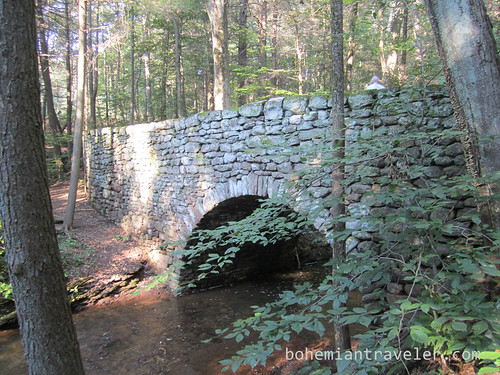 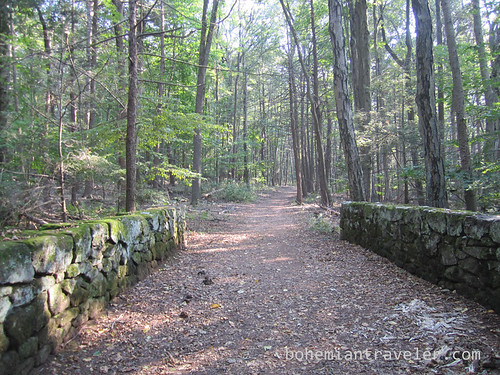 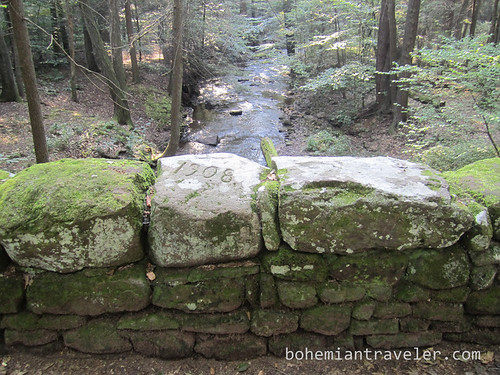 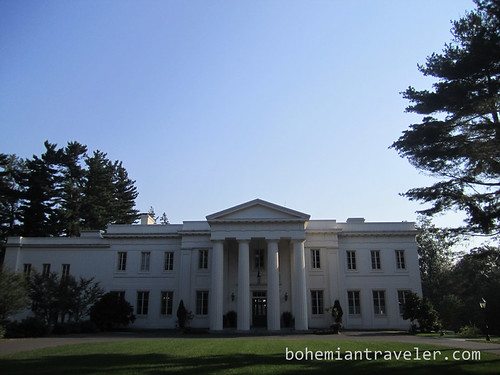 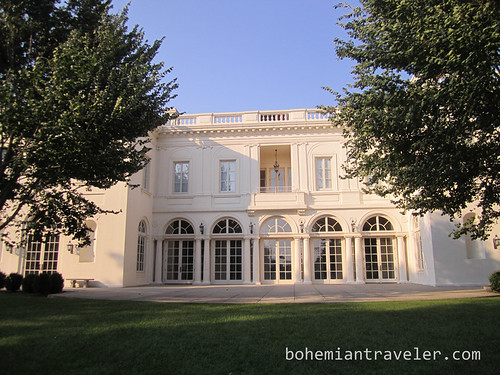 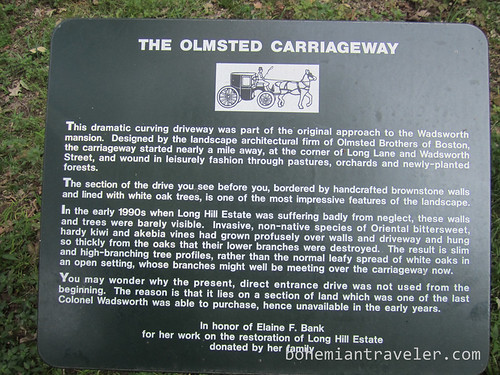 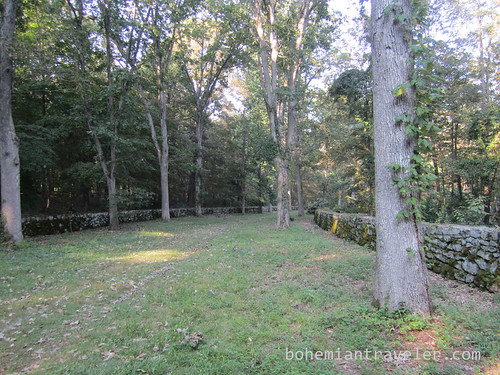