Noel hesitantly agrees to take me to Brunei. He’s Malaysian and thinks it’s no more interesting than his own country, just more expensive. But he’s driving me the 160 km mostly to make me happy. 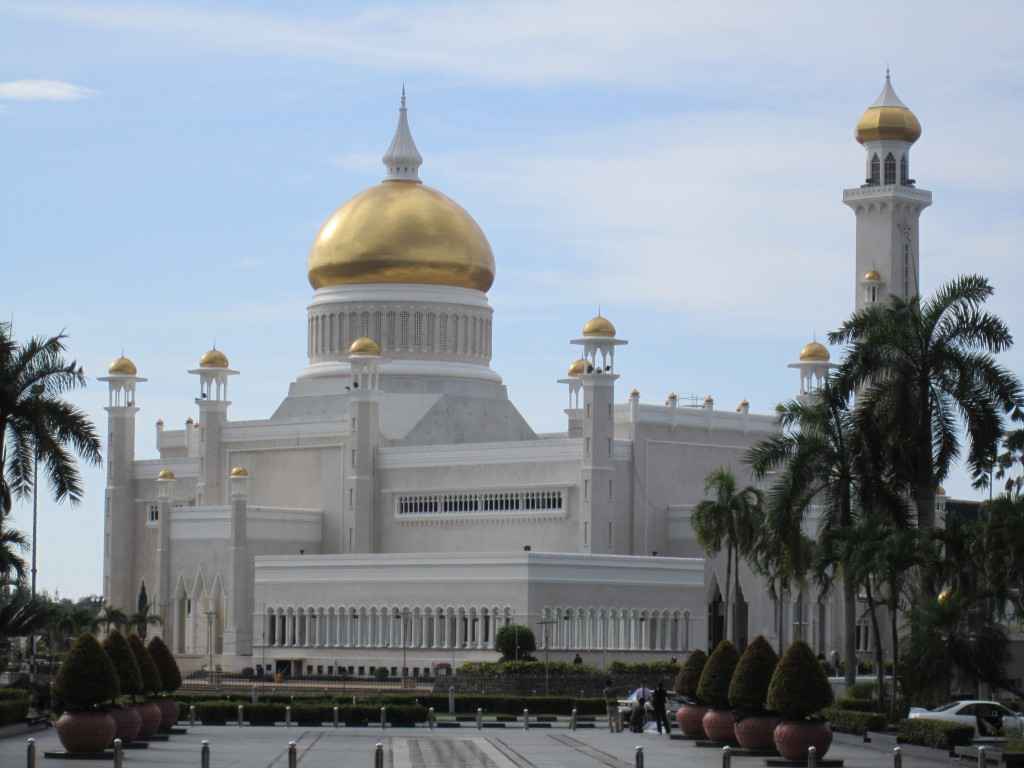 “It’s my Lichtenstein.” I tell him, reminding him of the time he went to the tiny European nation sandwiched between Austria and Switzerland just to say he had been there.

As a child, he used to visit the Sultanate to take advantage of the amusement park that was then free—the only thing he remembered especially liking about Brunei.

Sure, I’ll admit, I’d like the stamps in my passport, but mostly I’m curious to see for myself if it’s different than Malaysia. Curiosity, after all, is the driving force behind most of my travels. 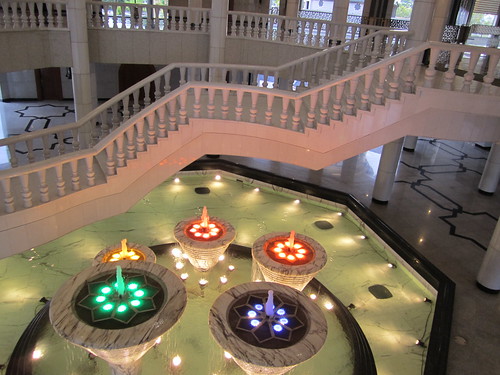 We leave Miri early in the morning and within 20 minutes we’re getting the out stamps from Sarawak. After twisting our way around road blocks and through the old check points we arrive at the Welcome to Brunei checkpoint for our in stamps.

For most of the way to Bandar Seri Begawan it’s an improved divided highway and before two hours we’re in Brunei’s capital city—a very unimposing settlement of 275,000. I make the plans since Noel’s driving and doesn’t care much about what we do, just as long as we’re out of town by rush hour.

The Sites of Bandar Seri Begawan

First stop is the Royal Regalia Museum. It’s interesting enough and worth the stop if only because it’s the first museum dedicated to Sultans that I’ve visited. Inside chariots used in the 1950 and 1968 coronation ceremonies are displayed along with various photos of the royal family as well as a multitude of gifts the sultan has received from other heads of state. Entry to the museum if free and you must remove your shoes prior to entry. 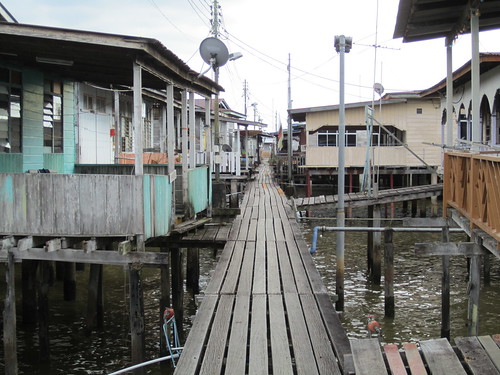 Next stop, only a few blocks away in its own artificial lagoon, is the Omar Ali Saifuddien Mosque. Built in 1958, its 44-meter minaret is the tallest building in central BSB. The exterior is made from Italian marble, English stained-glass windows, and the carpets from Saudi Arabia. Non-Muslims may enter outside of prayer times.

Before walking through the Yayasan, which is just an air-conditioned mall, we enter Kampong Ayer, the water villages of Brunei. Kampong Ayer consists of about 28 water villages—homes built on stilts above the river—housing an estimated 20,000 people. A boardwalk connects many of the houses and you can walk the maze of wooden planks. To get a better view of the water villages hire a boat for about $20 US. 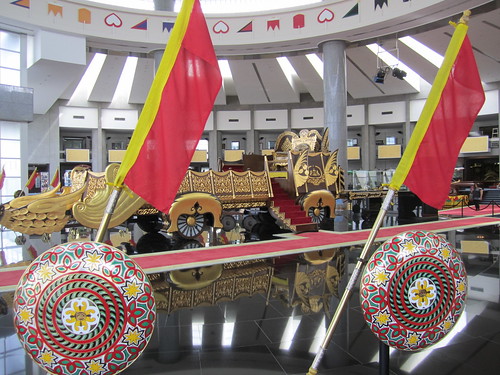 It’s just about rush hour, but I ask Noel if there is time for just one more stop. He agrees, but the traffic is already thick and we are at a standstill entering the country’s largest roundabout. We reach Jame’ Asr Hassanil Mosque just before the evening call to prayer. It is stunning with the setting sun sparkling off the two golden domes and four minarets. The inside is absolutely huge, with prayer rugs neatly lining the floor. 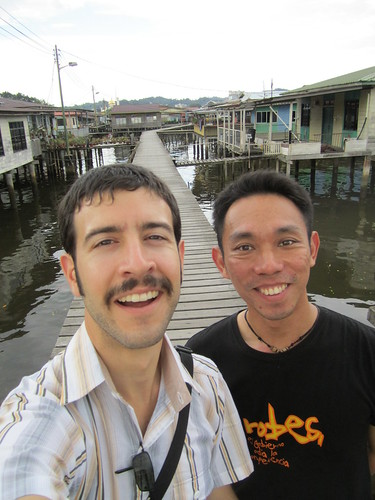 At dusk we roll out of town and back down the highway towards the more familiar and less expensive Malaysia. I look at Noel and comment that our day in Brunei hasn’t been so bad. His smile confirms that fact, but he won’t verbally admit it.