My first orangutan in the wild 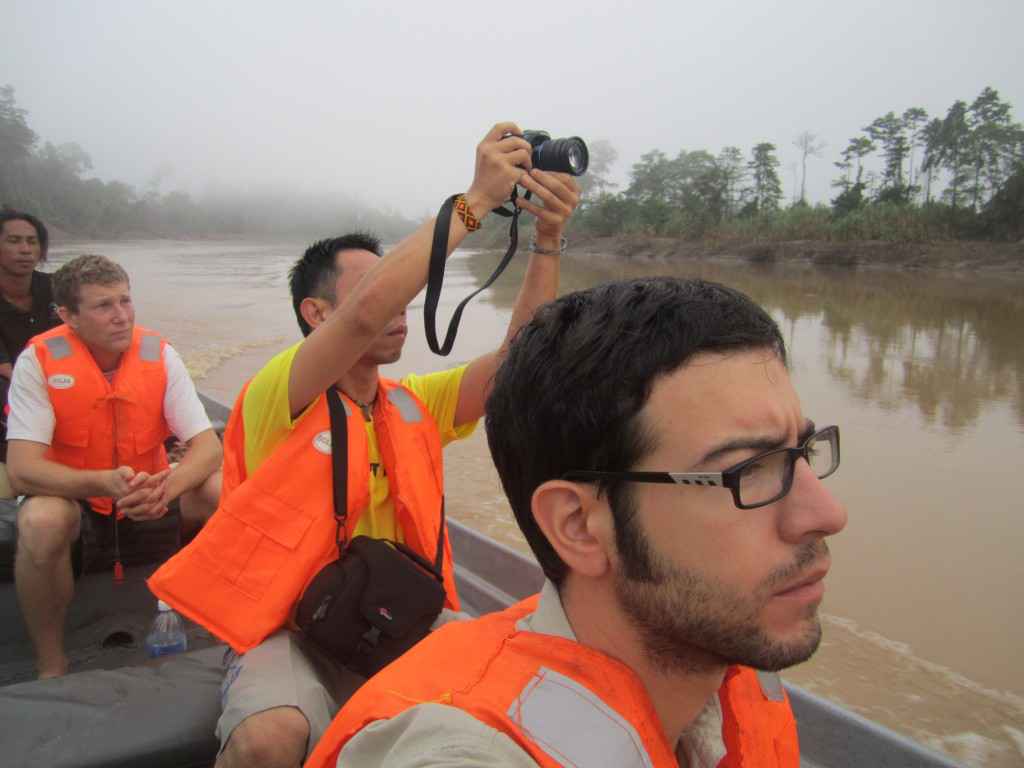 In our boat looking for wildlife along the Kinabatangan River.

“You’re quite lucky,” our guide says from rear of the boat. “This is a good start.”

It is a great start. Only five minutes into our Kinabatangan River wildlife tour, we have seen our first orangutan. Many groups finish the three day-two night boat tour without seeing any.

Orangutan means “man of the jungle” in Malay. It is the only great ape outside Africa. The orangutan today is only found in Borneo and Sumatra and many come here exclusively to see it. I know I wouldn’t have left without at least seeing one (if I didn’t see one in the wild, I would have seen one at Sepilok Orangutan Rehabilitation Centre). 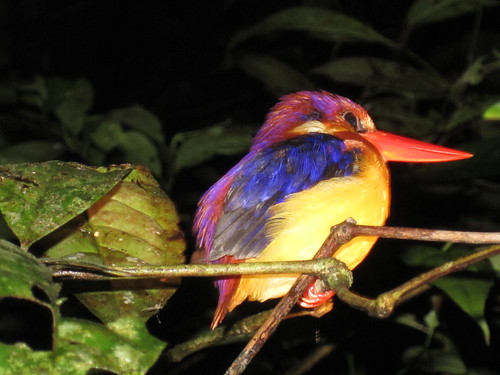 Although tour operators would like you to believe it, the Kinabatangan River is not entirely wildlife paradise. There are many pockets of secondary jungle  here, but in between, massive oil palm plantations have been planted. The areas were completely logged out during the last few decades and in many places you can see the plantations from the boat.

So what does this mean for wildlife viewing and tourism companies like Uncle Tan’s, the one I went with? For wildlife viewing it’s probably not too bad because the animals are pinned into narrow corridors (to get past the oil palm plantations) on each side of the river and that makes them more visible from the boat. Although many of the animals would be spending part of their day by the river anyway. 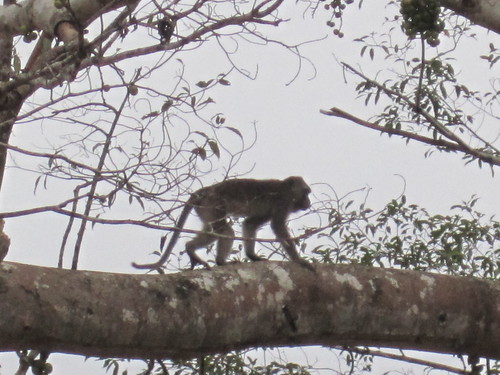 A recent initiative is trying to expand these corridors in between tracts of forest. Hopefully that means good news for the animals. A larger habitat should lead to an increase in animal numbers. Loss of habitat, after all, is their biggest threat.

On our morning jungle trek, our guide pointed out an orangutan nest high in a tree. We all looked up.

“The orangutan builds two nests everyday—once in the afternoon for a nap and once at night to sleep. They abandon the nest each time because they leave feces and urine behind. And that smells,” he added, “That, in turn, attracts the clouded leopard, the enemy of the orangutan.”

On the rest of our jungle trek we saw lots of flora, a monitor lizard, a millipede, a hammer-head worm, and lots of insects including a lantern fly. We slogged along in our high rubber boots through the deep mud, with swarms of mosquitoes attacking us.

It wasn’t until that evening’s night walk when we saw the rarest of animals: the slow loris. One of Uncle Tan’s staff has been working along the river for four years and has never seen one. We were lucky. All species of Slow loris are either vulnerable or endangered. The illegal pet trade and use for traditional medicine is their greatest threat. Not only was it the rarest we saw, but we deemed the Slow Loris the cutest animal seen over the entire three days. And he had tough competition from sleeping kingfishers and alert owls. 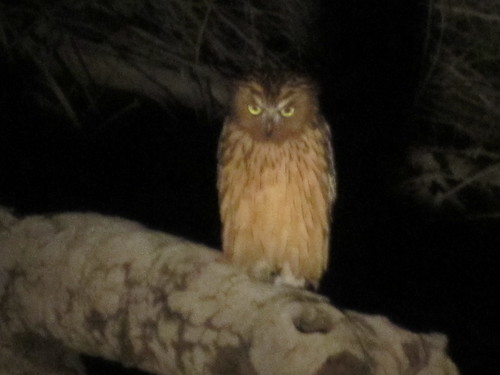 The highlight of the tour are the river boat cruises. There are three in total—more if time permits.  The idea is to see the wildlife at different times of the day—early morning, late afternoon, and night.

So what did we see? Besides the orangutan, we were lucky to see a gibbon. Two otters were on the river bank during our night cruise as well as an owl who gave us a minute long stare down. Long-tailed macaques seemed to the most plentiful at all times of day, perhaps because their natural predator, the Sunda clouded leopard (who we did not see) are very few. Civets, members of the family Viverridae, were quite active at night. 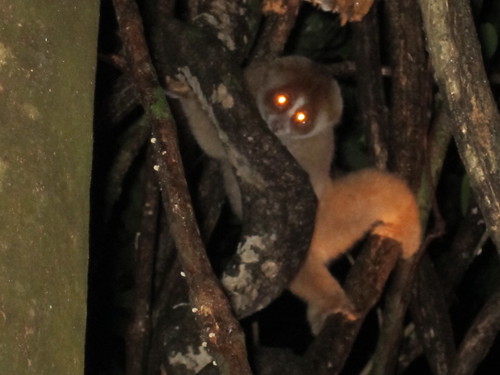 Different species of kingfisher, hornbill, and eagle were spotted on a few occasions. We spotted only one crocodile, but it quickly went under the water when our boat got near. Unfortunately, it’s not the right season to see pygmy elephants. 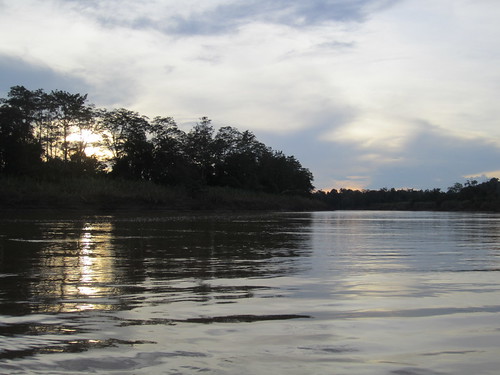 More info if you go

There are a number of tour companies offering wildlife watching boat trips. We were recommended Uncle Tan’s more than once (www.uncletan.com) and found them overall to be excellent. They offer 3 boat trips, 2 hikes, all meals, simple lodging, and a fun, knowledgeable staff. Other outfits are Sukau Greenview B & B (Tel: 089565266) and Barefoot lodge (www.barefootsukau.com).

Uncles Tan’s cost 390 RM ($130 US ) for the 3 day- 2 night package with everything included. Just show up to their base camp lodge in Sepilok. Other companies prices are comparable. 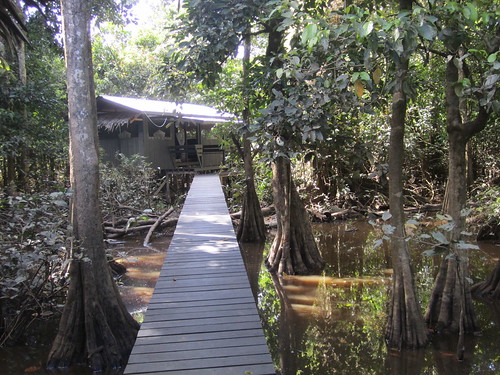