What I packed: 3 Months in Southeast Asia

It was October 2005. I had arrived on foot in Leon, a city in northern Spain situated along the Camino de Santiago. One of the fellow Pilgrims who welcomed me that evening at the albergue, or pilgrim’s hostel, was Noel Lau, one of the first from Malaysians to walk the historic pilgrimage all the way to Santiago. 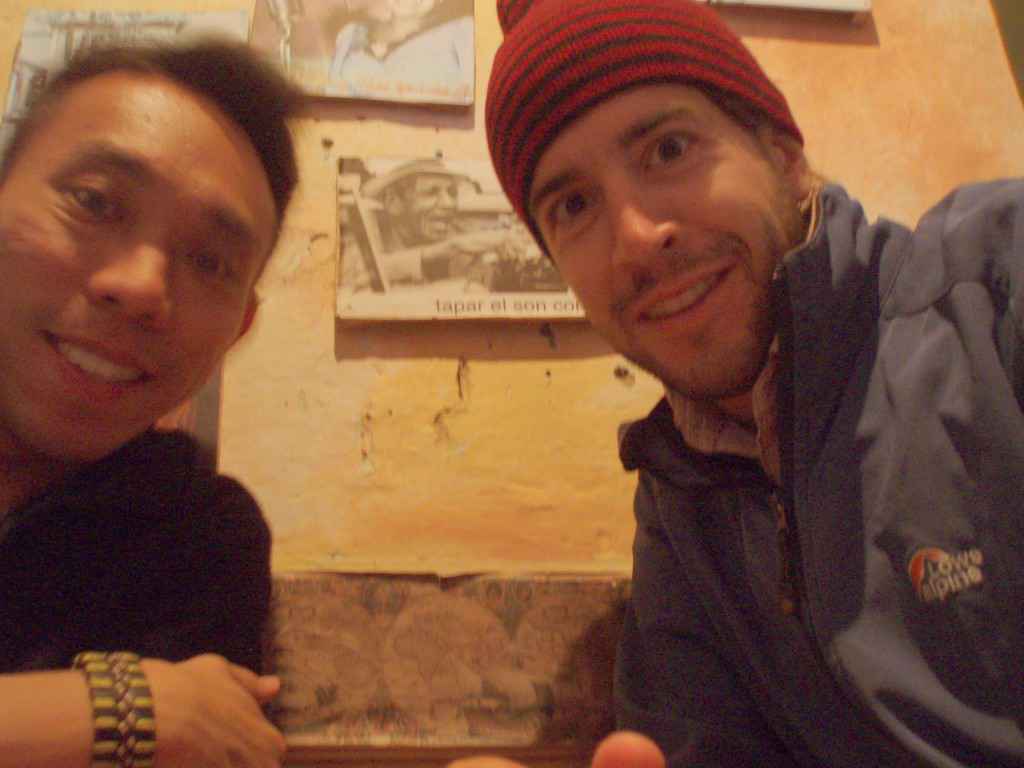 Noel and I in a coffee shop in Colombia

I only walked for the next three days with Noel, but our friendship and our mutual love for exploring the world would lead us to travel together and meet again over the next few years: for a six-month Istanbul to Cairo overland trip, to share an apartment in Madrid in 2008, and a visit to Colombia in 2010.

While I have been back and forth between my long-term stints traveling and working abroad I have returned home—both to catch my breath and visit friends and family. Noel, on the other hand, left his native Malaysia seven years ago and hasn’t returned home until now.

In February 2011 Noel showed up back at his parent’s house in Sarawak, Borneo after nearly a decade of living and working in various countries in Europe and South America. He is an international nomad in the literal sense.

So, he got to thinking, wouldn’t it be a cool idea to invite the best friends that he’s made along the way to come and visit him in Borneo. He’ll take them into the jungle, visit a longhouse, see the largest cave chamber in the world, go hang with the orangutans, hike the tallest mountain in southeast Asia and snorkel in some of the clearest waters on earth.

Yes, that does sound like a good idea. A great idea, in fact. So I booked my ticket.

I have been waiting for a good excuse to get back to southeast Asia, since I first visited Bangkok briefly in 2003. I’ve heard only good things about the whole region from travelers. So I’ve planned a three-month trip to satisfy my curiosity.

About my budget. I’m doing the trip on $2,000 US. That’s about $24 per day—enough to live a comfortably traveling lifestyle in the countries I’m about to mention.

The itinerary will include about 3 ½ weeks in Borneo after making my way down the Malay peninsula from Bangkok to Kuala Lumpur. (I have three flights booked on AirAsia which I bought well in advance and got extremely low promo rates.) I’ll fly to Singapore from Kota Kinabalu, Borneo, and in five days make the short trip north to Kuala Lumpur, stopping briefly in Melaka.  From KL we’ll fly up to Chiang Mai, Thailand and spread the next six weeks out across northern Thailand, Laos, Vietnam, and Cambodia. I’m scheduled to fly home from Bangkok on June 28th.

So on Sunday, April 3rd I board a plane in Philadelphia with a stopover in London, before arriving in Bangkok two days later. Southeast Asia here I come.