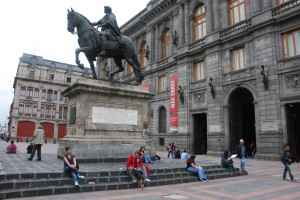 Over-crowded, polluted, dangerous. These were some of the misconceptions I had about Mexico City.

Strolling the quiet, tree-lined neighborhoods of Coyoacon, the one-time neighborhood of Diego Rivera, Frida Kahlo, and Leon Trotsky, you would never know you are surrounded by 21 million people.

The only time I got a true appreciation for how big the city is, was from the top of the 45-story Torre Latinoamericana. Enjoying the nighttime view from the classy bar, the city looked comparable to the sprawling well-lit expanse of Seoul. 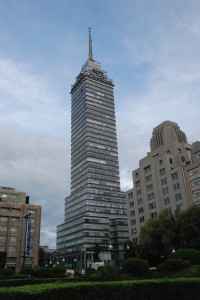 There is plenty to keep the tourist in Mexico City happy. Starting in the historical center there is the Zocalo, a huge central square surrounded by the cathedral, Palacio Nacional, and Aztec ruins. Check out the architectural highlights: buildings like the Palacio de Bellas Artes, Museo Nacional de Arte, and Correo Central. The city is teeming with art, plenty of murals and the house and studios of Diego Rivera and Frida Kahlo. The Museo Nacional de Antropologia is one of the world’s great museums. And one of the lesser-known spots is Leon Trotsky’s house.

For action, head to a football match at the huge Estadio Azteca, which hosted two World Cup finals or a bullfight at the largest bull ring in the world, Plaza Mexico, which seats 48,000. Try the ritzy Polanco and trendy Condesa neighborhoods for fine dining. The huge green expanse of Chapultepec Park contains several museums and gardens. And on the fringes of the city you can take a leisurely and drunken boat ride on canals of Xochimilco. 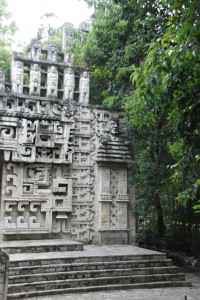 In the garden of the Museo Nacional de Antropologia

Mexico City sits at 7,350 ft. (2,240 meters) which keeps temperatures moderate year round and a very clean, efficient, and inexpensive metro system takes about five million riders to and from their daily activities. The current government has passed recent laws that send shivers down the spine of many in the rest of the country, especially in conservative, second-city Guadalajara. Same-sex marriage is now legal and the city has enacted a smoking ban in public places.

One thing I should note is that even though I’m calling it Mexico City, most Mexicans refer to it simply as Mexico, and by those living in the city even more simply as DF (Day Effay), short for Distrito Federal.

Don’t get me wrong, there are reasons for the misconceptions I had, as this BBC article will attest. Shanty towns surround the city, where a third of the population lives without basic services. It is said that a thousand new arrivals come each day. And crime is a problem if you go wandering through neighborhoods you don’t need to be in, like the center of the street drug trade in Doctores barrio. And I’d be lying if I didn’t say I spent a lot of time stuck in traffic. The city does have its traffic problems and the air is as bad as many other big cities. 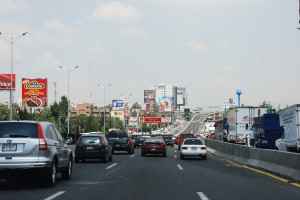 All I’m saying is that as a tourist, you are unlikely to encounter most of these negatives. I’m not suggesting it’s good to be sheltered from poverty and pretend like it doesn’t exists. Just don’t be turned off from visiting because of your negative pre-conceived notions of what you think Mexico City might be like, and go check it out for yourself.