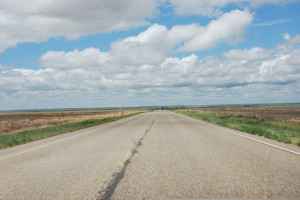 Part one of this road trip is getting myself to Denver in time for my brother’s wedding. I regret having to take the interstate, but due to a lack of time, I don’t have any other choice.  Staying on the highway, I’ll miss just about everything of interest except the changing landscape.

The day after the Fourth of July is Monday and the official holiday. A Virginia state trooper has a vehicle pulled over every 15 miles. The thought of a ticket has me pulling a cool 65 mph the whole way across the Commonwealth, through the Shenandoah Valley, till I reach wild, wonderful, West Virginia. I twist and wind my way through the most mountainous state, passing billboards that proclaim clean coal is the way to go. After the golden dome of Charlestown, I notice an open barge with coal on the river that I swear I’ll see the next day on the Ohio River in Louisville.

The low and wooded mountains of West Virginia mellow into the bluegrass of Kentucky. Almost immediately, the wooden fences, grazing horses, and signs for the Bourbon Trail appear—three things that have made Kentucky famous. Past Lexington, I roll into Louisville in time for a neighborhood cookout. 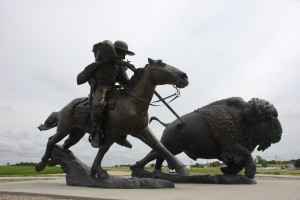 I’m staying with a high school friend and her husband, who I’m meeting for the first time. Clint grew up a farm boy in southern Indiana, but has chosen a career in computers. This allows him to be location independent, something that I have been aiming towards for a couple years. Erika and I take the dog out before dusk and she shows me around the pleasant neighborhoods that make up the largest concentration of Victorian homes in the country.

Leaving Louisville, I stop into a jumble of photographic supplies that is Chuck Rubin Photography for a couple of last minute needs. The friendly bearded Chuck Rubin helps me diagnose my automatic lens issue. “Sounds like you’ll have a lot of fun.” He tells me as he cranks up the Buffalo Springfield. “I took a road trip after my second divorce.” I pay him and pull out of Louisville with a renewed sense of excitement.

Through Indiana I imagine Clint’s family’s farm north of Princeton, north of Evensville, as he described it to me. “They don’t have any connection to the land or anything.” He says about his parents. “It’s just farming. It’s a job. It’s almost like those huge industrial farms out in Kansas.” Clint describes the incredibly confusing system of land sharing and share cropping, and land leasing and who owes whom what grain and how much money. “That’s why they don’t farm in the winter. The bookkeeping keeps them busy till spring.”

As long as I was interested, he kept talking. “And then there’s farm insurance…actually my mom is an insurance broker.” I’m interested in farming and farmers, but never met anyone that farmed at this scale. “They farm 180 acres here, then this plot here.” He points out the parcels of land on Google Maps satellite view. “This is the Jones farm, but we still farm it most years.” Now I am seeing how complicated this gets. 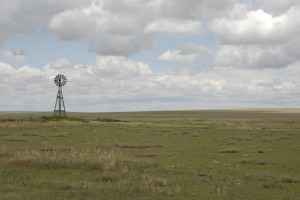 Soon I’m in Illinois and the view looks much the same: rolling farms. Grain prices are announced on the radio here. At 2:30pm I pull off the highway in Mt. Vernon and find a bar to watch the world cup match. The Dutch win and I continue driving.

My first sight of the arch in St. Louis appears. Even though I’ve been to the top before after driving from the west, this time it’s different: I’m arriving from the east. It means everything it’s supposed to: a monument to Westward expansion, an indication that I’m making progress towards Denver.

Missouri town names keep me entertained through the most boring section yet. Centralia, Prairie Home, Sweet Springs, Emma, all go down as my odometer clicks.

Around 10pm I arrive into Lenexa, KS, a city southwest Kansas City. I stay with my brother’s old college roommate, now a junior executive at GM. His plant closed in Michigan and they transferred him here. I make a joke about if he’ll allow me to park my Japanese car in his driveway. He’s cool with that, but it’s already late and that discussion is for another time. But the fact is American cars have come a long way in the last decade. In the meantime, my Honda rests outside for its long haul across the plains tomorrow.