What You Need to Know about Traveling in Kyrgyzstan

As noted in the recent Craft Beer in Pennsylvania: East vs West article, the state of Pennsylvania has an east-west rivalry that goes beyond beer. The state’s two biggest cities, Philadelphia in the east, and Pittsburgh in the west, have got a lot of good things going. I will share many of those traits with you here. However, if you expect me to declare a winner at the end of this post, you’ll be disappointed. I’m not going to say which city is superior. Each has its strengths and I’ll point out the highlights of each city. You can decide for yourself which to visit.

In the early days of North American settlement, Pittsburgh was referred to as the “Gateway to the West”. Easily navigable waterways with an abundance of natural resources, including coal, timber, natural gas, iron, and limestone, helped Pittsburgh become the industrial center for a growing nation. You may associate Pittsburgh with steel, and rightly so. Its location at the confluence of the Allegheny and Monongahela Rivers at the head of the Ohio River helped it develop into this industrial hub. Pittsburgh also played an important role in the French and Indian War (1758), the Revolutionary War (1776), the infamous Whiskey Rebellion (1791), and the American Civil War (1860s) with its secretive Underground Railroad stops. 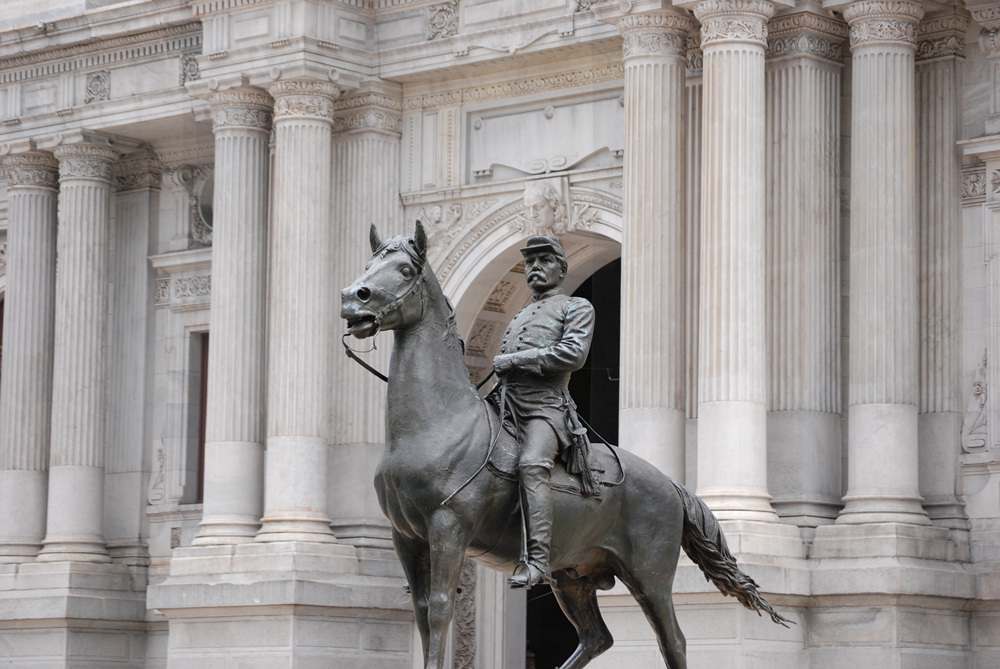 Philadelphia is a city inextricably linked with the history of the United States. Playing a crucial role in the independence movement, it is known as the birthplace of American democracy and was even capital for a few years in the 18th century. In 1776, the Declaration of Independence was signed here by 56 delegates with intention of breaking away from Great Britain. The constitution was also signed here. Renaissance man Ben Franklin made a name for himself in Philadelphia. The city is also the city of many firsts, including the nation’s first hospital. From 1800 to 1830, Philadelphia was the biggest city in the US. I could go on and on.

Although Pittsburgh has some decent history to check out, there’s no doubt Philadelphia’s role in the United States makes it tops on this front.

Pittsburgh isn’t known for its tourist attractions but still, I’d say it’s touristically underrated on a whole. What really shines in Pittsburgh is the architecture. Much of the architectural and art treasures here are the legacy of industrial giants like Carnegie and Frick, food manufacturer H.J. Heinz, and banker/financier Andrew Mellon. Their generosity lives on in art, culture, and educational institutions. These include the Frick family home, known as Clayton, as well as a wonderful art collection. Andrew Carnegie’s contributions include The Carnegie Library, Carnegie Museums of Pittsburgh, and Carnegie Mellon University. The 30-degree Duquesne Incline, dating from 1877, is worth a ride if you’ve got kids. Pittsburgh is also known as the city of three rivers and where the rivers meet is a park called Point Park, home to the Fort Pitt Blockhouse. 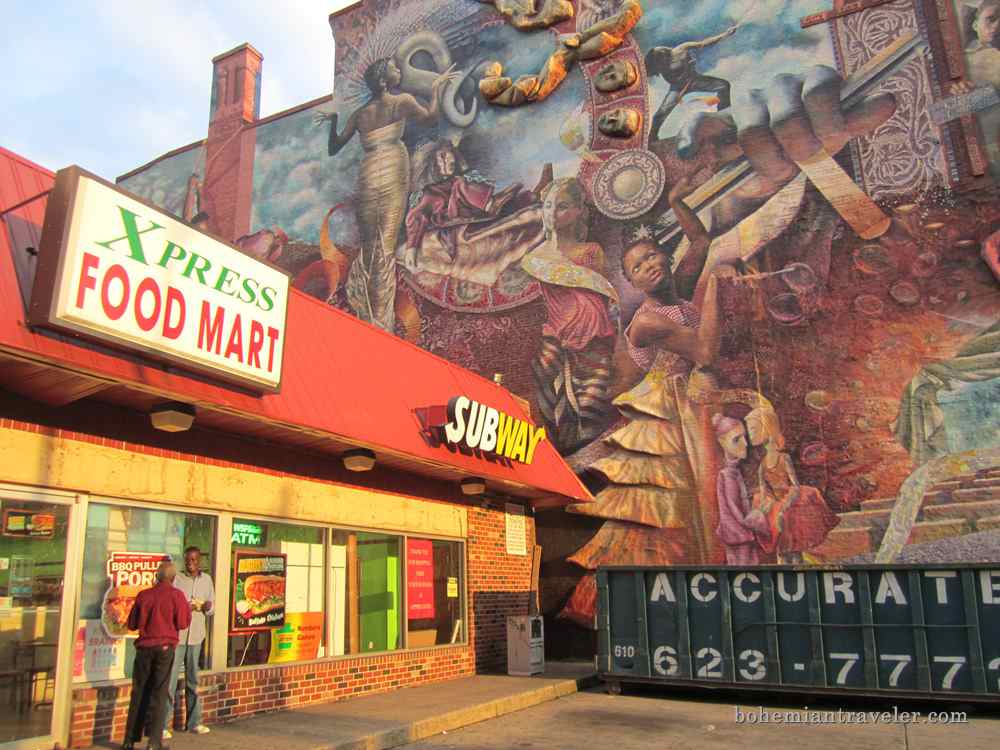 Philadelphia is a crucial stop on any east coast US trip. Its history has led to an outstanding tourism industry. There’s Independence Hall, the Liberty Bell, Betsy Ross House, the National Constitution Center, and US Mint, among others. Also, the Philadelphia Art Museum is one of the best in the country and the Franklin Institute (science museum) is a classic afternoon out for kids. For a lesser-visited free thing to do, go to the top of City Hall. This used to be the world’s tallest habitable building and affords a great view. For lunch, head to Reading Terminal Market for a variety of food stalls. And you might not have known but Philadelphia is Mural City USA. To get an appreciation of these incredible murals, join one of several guided tours.

Sorry, Pittsburgh, but Philly is bigger and has got lots more to do.

Traditional Pittsburgh foods reflect the city’s multicultural heritage, especially that of the European immigrants of the early 20th century. These immigrant populations introduced dishes such as pierogi, Cabbage rolls (halupki), halušky, and kielbasa to the city, but are now enjoyed by all here. Other Pittsburgh food specialties were developed in the city and tend to satisfy the hearty appetite of the hard-working, blue-collar steelworker. Probably the most recommended food item to eat in the city is the iconic sandwich at Primanti Brothers. Other winners include Chipped Chopped Ham from Isaly’s, a fish sandwich from Wholey’s, or a stop at Essie’s Original Hot Dog shop. 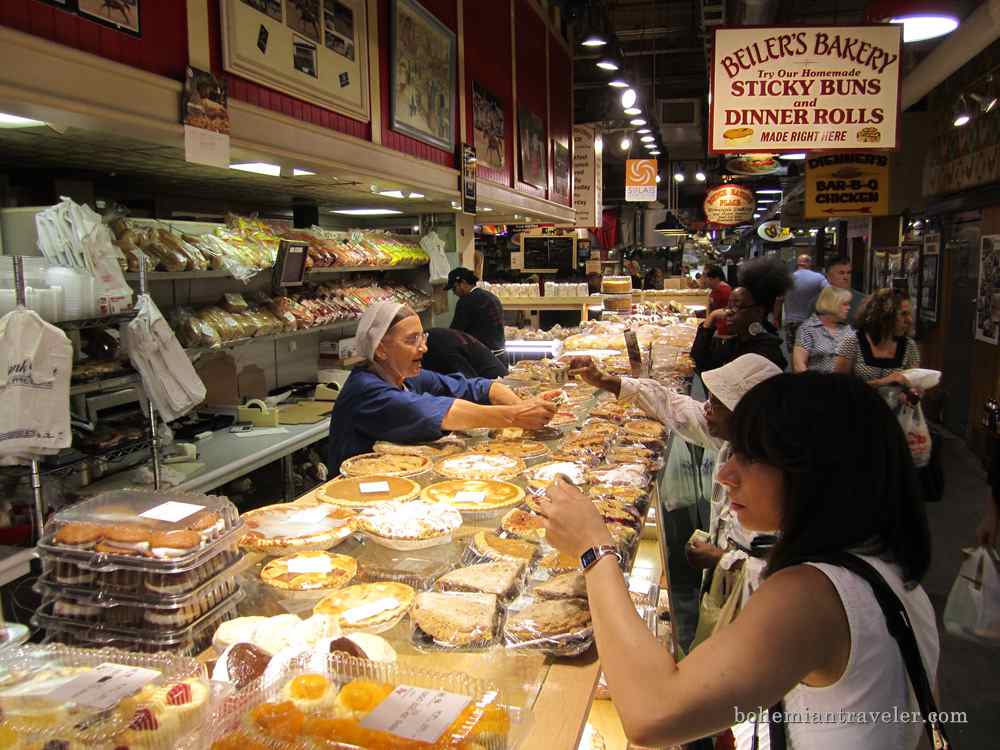 Philadelphia was settled at one time in its history most prominently by Italians and the Italian Market area is a well-known district for eating Italian and getting imported cheese and cured meats. But the city has had waves of immigrants from all over the world and you can find everything from Syrian to Vietnamese food. In fact, the Philly food scene has really developed in the past decade with dozens of buzzed-about restaurants and beer gardens. You probably already know about Philly cheesesteaks so I won’t dwell on those. You can do your own research on where and how you want to eat a cheesesteak.

Food is a toss-up. I’ll let the local Pennsylvanians fight over this one.

On what may seem like a lighter note, sports may actually be the biggest bone of contention between these two cities. (American) football is easily the sport that stirs up the most emotion. In Philadelphia, they’ve got the Eagles which get good support but have seldom been winners in recent years [update: Eagles just won the Superbowl!]. Few clubs in the country can compare to what the Pittsburgh Steelers have done. Their history is legendary, with six super bowl victories and legions of fans, not only in western PA but across the whole US.

Second up is hockey. I’d give the Pittsburgh Penguins the upper hand here too, with NHL legends Mario Lemieux, Jaromir Jagr, and more recently Sidney Crosby, not to mention their five Stanley Cup championships to the Flyers two. But the Philadelphia Flyers are a great club with a good history as well.

Thirdly, the oldest of the three sports is baseball. You’ve got the Pittsburgh Pirates and the Philadelphia Phillies. The Phillies won a World Series title in 1980 and 2008. The Pirates, established in 1882 have won 5 championship titles, but not since 1979. The two teams have been rivals since the Pirates entered the National League (same as the Phillies) in 1887, four years after the Phillies.

It’s safe to say Pittsburgh gets the edge on sports.