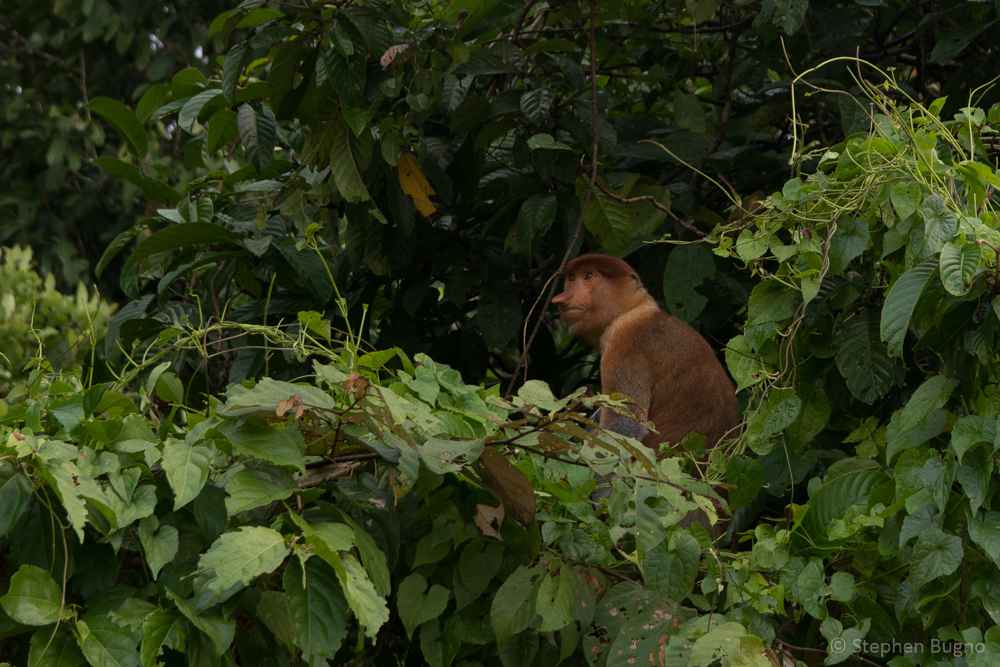 The Kinabatangan River is one of Borneo’s most accessible places for viewing wildlife. Hornbills sit in high branches along its banks and white egrets rest closer to the water’s surface. Kingfishers do their fishing in the adjacent oxbow lakes. Large groups of long-tailed macaques are commonly spotted up in the trees and the proboscis monkeys are more of a challenge to spot. Crocodile eyes will peep above the surface of the water at night looking for prey. Signs of the more elusive pygmy elephant are nearly everywhere, but spotting them can be tricky. Orangutans, the most famous of animals on Borneo, are nearly impossible to spot. Loss of habitat has put the species in a critical position.

There are plenty of tour outfits running boats around on wildlife viewing trips up and down the Kinabatangan and its tributaries, both from Sandakan city and at Sukau village itself. There are a number of home stays and lodges along the river to base yourself. Your trips on the river will usually be in early morning and late afternoon when the animals are visible and most active. Your guide may also take you on short jungle walks, but be careful of the leeches!

Although the wildlife on the Kinabatangan River seems healthy, and the habitat lush, there is more to the story than meets the eyes. Wildlife and the environment in Sabah and the whole of Borneo Island are critically endangered. The biggest threat is continued expansion of oil palm plantations. As global demand for palm oil keeps rising, Borneo’s rain forests and wildlife will be in danger. Tourism is one potential hope to conserve these resources. Avoiding processed food products containing palm oil is another way to help this important tropical environment.