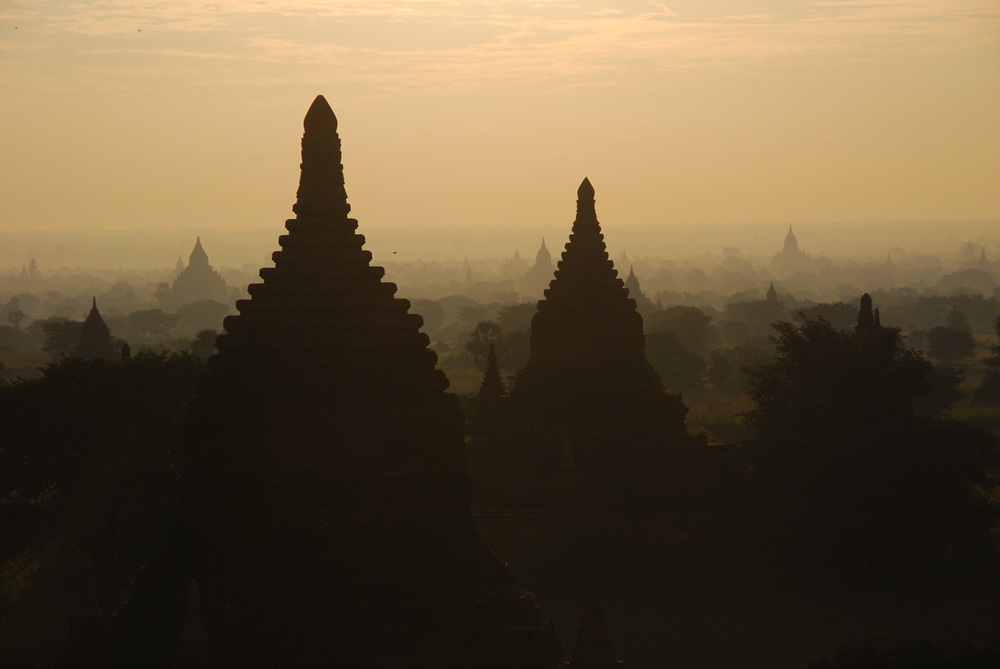 Bagan is best seen at sunrise and sunset. But really it’s spectacular at any time of day. In the early and late hours you’ll get the shining glow from the sun and tremendous cloud show that only enhances Myanmar’s number one travel destination.

Bagan Myanmar is a series of Buddhist temples, pagodas, and monasteries, most dating from the 11th to the 13th centuries, spread out over a dusty plain of some 40 square miles. At its height, Bagan possessed over 10,000 structures. Today an impressive 2,200 still remain. 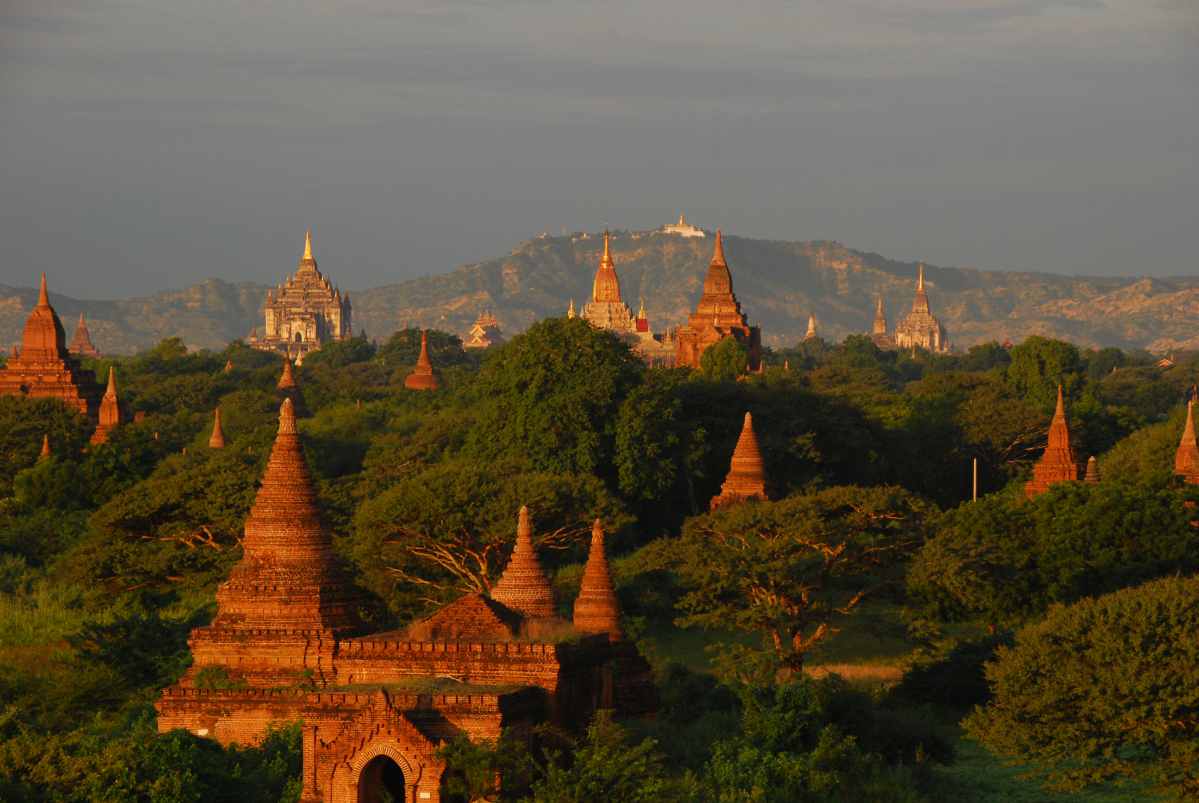 You should reserve at least three days to explore Bagan. It’s best to visit after November in the cooler season. Still you might find it hot. Due to the vast distances, electric motorbikes are a popular way to visit the site. Bicycle is also a good way to get around, but sometimes the sandy paths are difficult to peddle over. The most romantic way to see Bagan Myanmar is by horse cart or hot air balloon, the former costing about $20 per day, and the latter a few hundred.