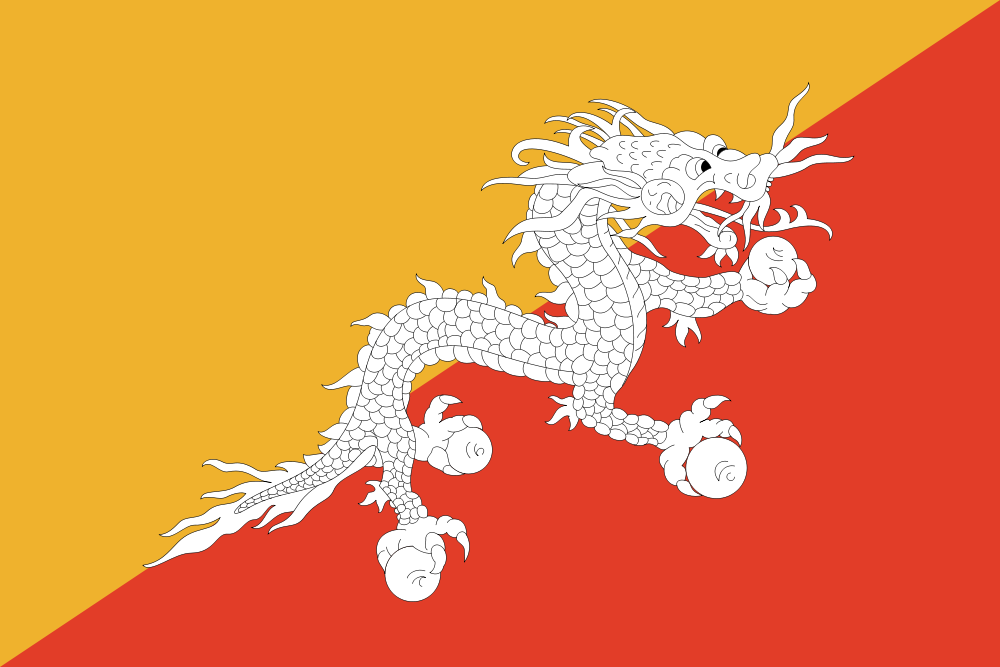 If there’s one country in the world that I thought I’d never visit, it’s Bhutan. The Land of the Thunder Dragon is not only a remote Himalayan Kingdom, it also has a notoriously expensive visa policy.

One morning in Rishikesh, India, I was presented with the opportunity from Juno. We were sitting on the second story balcony, working on our laptops, with a view out to the surrounding mountains.

“I just got an email inviting me to Bhutan. Do you want to go?” she asked.

Of course I wanted to go. This was the opportunity of a lifetime—even for me, a person who is constantly traveling, sometimes to 10-15 new countries per year. Bhutan never seemed to be a viable place for me to travel.

A few more emails later and the deal was sealed; we would be traveling to Bhutan in a few days with Bridge to Bhutan. They were eager to get the word out about traveling to Bhutan in the summer (June, July, and August) which is actually a low season here. At this time the visa fee is reduced. Most travelers visit in the spring or fall.

Some interesting facts about Bhutan:

Over the next few weeks on Bohemian Traveler I will share stories, photos, and practical travel information with you about Bhutan.

I hope to get across the point that Bhutan is more accessible than I thought and ways of making a visit there more affordable (for example visiting in the summer, when the visa fees are less expensive).

Have you traveled to Bhutan? What were your impressions?