Sitting under the Bodhi Tree in Bodh Gaya

Maximise your Chances of Seeing the Northern Lights

Sitting under the Bodhi Tree in Bodh Gaya 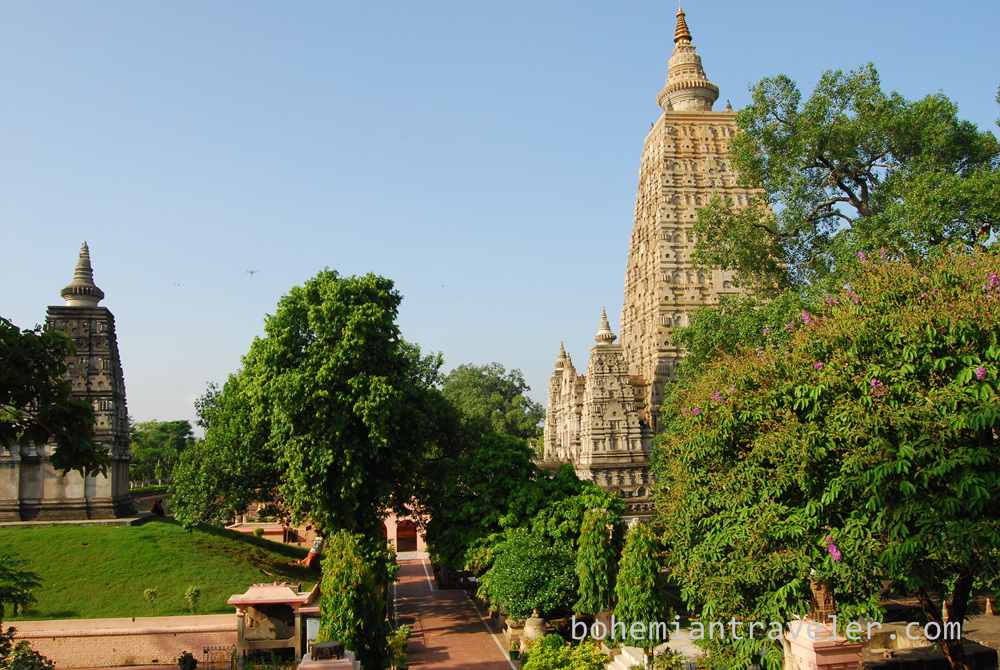 Of the four sites associated with Buddha, this is the most revered. In 623 BC, Siddhartha Guttama, son of the Brahman, came here to meditate. Today, in the dusty small town of Bodh Gaya, you can sit in the very spot where Buddha attained enlightenment, under the Bodhi Tree.

The serene gardens and temple at Mahabodhi in Bodh Gaya.

The focus of the town is the Word-Heritage-declared Mahabodhi Temple. Known for its serenity and peace, the gardens and temple were rocked by a series of small bombs three days before we visited.

By the time we stepped into the complex, all was tranquil once again, but the added security meant our cameras couldn’t come inside. We left our cameras and sandals with an attendant and slowly made our way around the shady gardens. For a major religion’s premier site, the inside of the temple was astonishingly small and modest. I guess that’s the way Buddha would have wanted it.

On the west side of the temple is the Bodhi Tree. It is a descendent of the original. Pilgrims still come to sit underneath and meditate in this spot. I’m not a Buddhist, but have been very influenced by Buddhist philosophy. The Bodhi Tree was a special place for me.

Bodh Gaya itself is quite destitute. Although the small town is well-endowed with temples and monasteries, each built by their associated country’s Buddhists, the entrance to the Mahabodhi Temple is lined with beggars.

Bodh Gaya is accessible by train via the Gaya train station, about 12 km away. A rickshaw should cost between 100-150 rupees. There is plenty of budget accommodation in Bodh Gaya. April through August is oppressively hot and humid. December and January are the high season.

Bihar, the region in which Bodh Gaya is located, is one of the poorest in India. Although rich in coal, little of the money stays here. It is bleak for sure—and plagued with misfortune. Two days before we arrived, Bodh Gaya suffered nine bomb blasts. Moments after we left, floods ripped through the state. Days later, dozens of pupils were poisoned in a school food scandal.